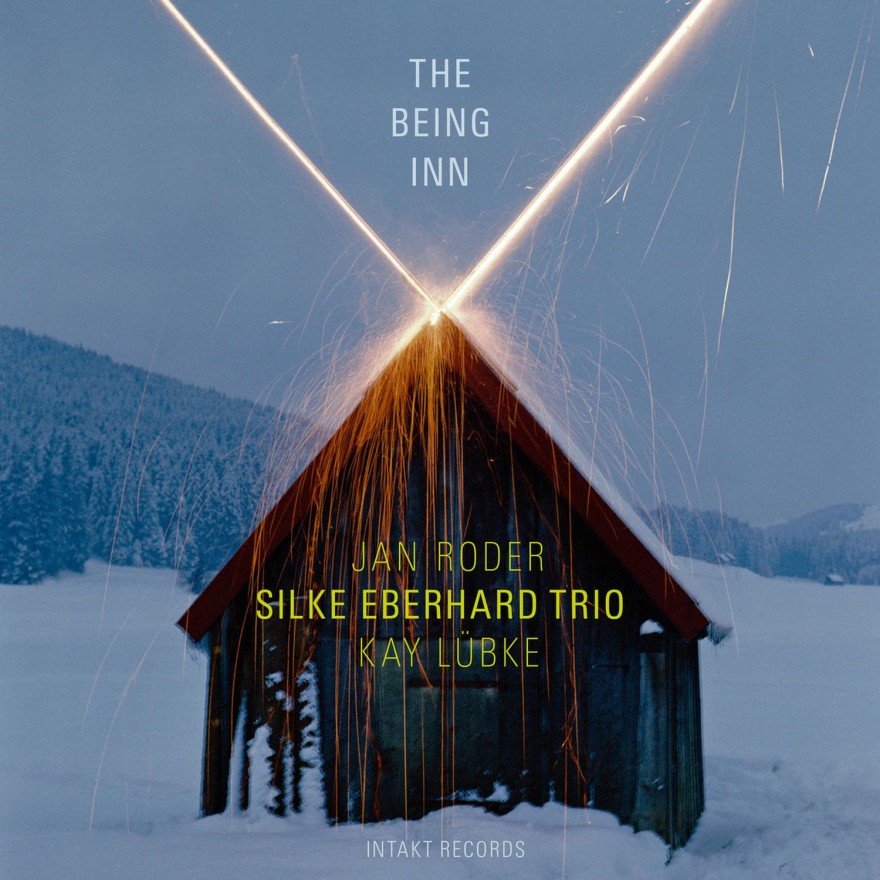 It is difficult to not recognise Silke’s personal touch for someone like myself who is so familiar with her recordings. Accordingly the reason for that is exactly this tradition following path she continues to step on. As a die hard fan of Dolphy’s, Coleman’s or Mingus’ music I am finding the natural consequence in what she is doing. Additionally the fact that she made another recording with trio she long time co-operates with guaranties the flow that I like so much in her music. It took ten years to get back to Intakt but it was same worth awaiting for as it was a duo she debuted there with.

From an opening Ding Dong, which is a facetious act with its walk & door opening noises it takes one straight into the the serious game. You can hear that this section is a super comfort zone to her. She can fly high and she does it on the heart rate. Al that rhythmical figures that evolved from Dolphy’s tradition, she not only perfected and adopted her own style and sense of humour but also perfected conceptually. (Potsa Lotsa reviews’re here & here)

Following Willsau Suite is a longest piece on that set and it possesses this looseness in form suggesting it being vastly improvised. Silke leads here doubtlessly and the section follows with great feeling. Everyone has enough space to include the solo into the tissue. As well as contribute into fast running ideas coming to the table. Roder’s Bass sounds wonderfully natural walking with such a feeling of pace, which adds vastly into highly imaginative sax lines. The way the Drums comes together with framing space-scape embracing sax cannonades She blows out is nothing but genial.

Here is where complete Lubke’s Tour de Force takes place. And walking with Silke like that takes a lot of guts, believe me. This is also the best piece on here. Hugely imaginative and with quirky sense of humour. And some dirty jokes had being said between the lines too. Here tears and laughs merge into one. Tensions find perfect culminations and then realise back into an open space.

Additional piquancy comes from the short figurative interludes, which are acting like little brakes but also a foreplays: Schlappen, Towels, Wake Up Call and closing Last Order are all like that.

Funky named Mininatur explores the series of pictures gently sketched by Silke’s sax underlined with fat and dance bass walks. All that on the carefully brushed percussive background which is like a snowy-white page for them.

This, then 8915 and Verstecker Kitch  are all reminding me the mood present in Arthur Blythe & David Eyges collaborations. Or Julius Hemphill with Abdul Wadud, but obviously spiced and energised with Eberhard’s own temper. Ogh,…Yammy !

The Kanon, beautifully looped into the rhythmic repetitions from the section is a Bass Clarinet bravado wonderfully executed, but also highly demanding on partnering musician’s empathy and musical imagination. My absolutely 2nd best here. It continues in further triumphal clarinet walk in the Schirm. A dark suspense-ish theme stepping into the fade like Davis’ tunes composed for The Lift to the Scalfold, an iconic French Noir Movie.

This is fantastic recording which I continue to return to and listen for more. You wouldn’t believe how many layers are still waiting there to be revealed. That made one great soundtrack to ongoing holiday laziness spiced with an intriguing intellectual twists.

Just the way I love it !

Silke Eberhard Trio  – The Being Inn: buy this music here

Limited edition of STICK MEN's seminal album Roppongi vinyl edition is ready to be shipped sometimes next week
SKY MUSIC ,Tribute to the music of Terje Rypdal to be released on Rune Grammophon on Auguth the 25th