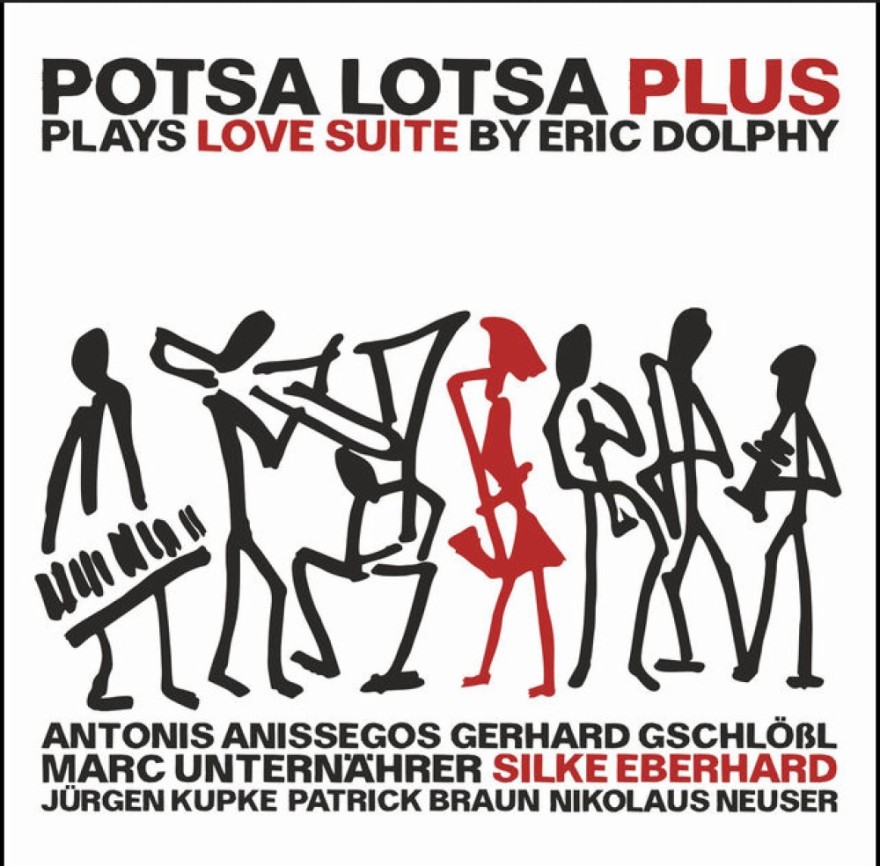 This freshly recorded project is my second great choice of Dolphy’s tribute recordings. The legendary ‘Love Suite’, Eric Dolphy’s wedding music,(written for his fiancé Joyce Mordecai) which – due to his early accidental death was never recorded by himself.

This recording represents the project I had a great pleasure to hear on the stage and it was its premier performance. It had been a natural consequence for Silke Eberhard to make this recording after her long time affair with Dolphy’s music. It was a long intercourse of course, which tempted her to take that challenge. The three part suite had been previously played by a few but no one dared to attempt finishing it.I can understand that temptation easily. After ‘breathing’ with this music so long one becomes spiritually connected with both: an idea and the feelings.

Her layout uses 3 parts suite as an opening. Then she composed another six pieces to complete it: Miniatur, three Sketches, Lan Guan Pian and closing all – Blechsuite.

Given the fact of that music purpose and after that fact that interpreter is not just another saxophonist, but also a woman sets up an entire new sense for that project to me. Here Silke used all she learned leaving with Eric’s music, playing with her own Potsa Lotsa or with the Takase trio. Here she also put her female nature and naturally different, gentle understanding of the emotions which Eric put inside that tune. I believe that it is a main factor responsible for such a great success of this reconstruction.

She extended an original PL quartet to the septet for this recording needs. Added a clarinet and a tuba, as well as invited the Greek electronics and keyboardist to the squad: Antonis Anissegos. I am mentioning that one especially for the reason. Two more brass instrumentalists extended volume and the texture richness of the entire musical tissue and gave her more arrangement freedom. Especially the tuba player, who anchored now bigger combo nicely, added more solid foundation and took a lot of job from the trombonist’s hands.

The keyboardist however with his entirely different imagination added a completely new quality to the existing Potsa Lotsa’s sonic signature. It counterpointed the brass concept firmly. Enhanced it and gave it a completely new spatial dimensionality. A synthetic sounds made some “ghostly” grip to it, a sense of presence which grows on the listener’s imagination and his knowledge about the history of the piece.

Also Silke’s Sketches, thanks to that became more alike an imaginative human dialogues than the brass attempting of voices imitation. That raised the spiritual aspect of the piece in my feeling greatly. It removed sense of purely “festive” music with the emotional message included and made it a fully embodied stage performance, which can with a proper libretto act equally to the Operatic set up or the theatre drama.

That also closes the sober history of Eric’s early death in Berlin and somehow closes the circle by story ending written by the artist who loves Dolphy’s music and loves Berlin enough to make it her home. I wish I had more space to keep going as this music deserves it. This is possibly the most important Dolphy’s music recording since he left.