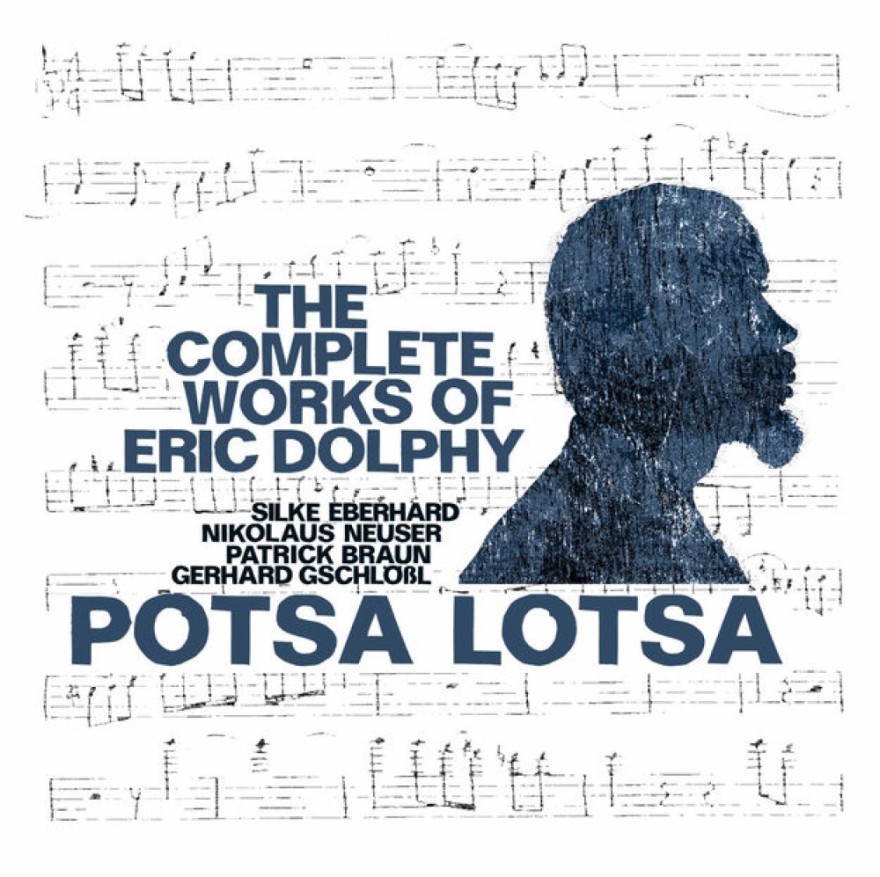 The two discs set covering Dolphy’s discography had been recorded a few years earlier, but to me they are a part of triptych. German saxophonist Silke Eberhard recorded it with her quartet of young lions – Potsa Lotsa to show her adoration for Erik’s musical heritage.

With reviewed above reconstruction of his unfinished Love Suite  which crowns it she became the only one who completed entire Dolphy’s repertoire. All here shows this worship: with the group name taken from Giant’s historic recording at the Five Spot to start with. Hence it couldn’t be left alone.

What She shaped working with her quartet during these recordings to my ears clearly cleared the path to the one I mentioned above. I also believe that it gave Silke great deal of confidence and deep understanding of Spiritual concept behind the notes which finally led her to finishing his last work.

Here it is where it all started. One can hear it and everyone who goes for that will immediately be rewarded. All the band members are well matured musicians with the leader itself being not only charismatic multi-instrumentalist, but also a great teacher with significant scholar achievement in her portfolio. To put it right then let’s stick up with the same tunes I used to analyse Aki/Alex piano duo arrangements. This massive achievement goes far beyond frame of this review anyway.

Having only the four voices to use with no rhythm section at all she had to jump to the pond from the different angle. Automatically it became  the brasses  duty  to keep an order and rhythmic discipline themselves to not to get lost and HELL. The way they did it is the first think which  just strikes. Here the less is more proves his sense more than enough.

Their Hat and Beard takes its drive from cascades of repetitive motives set up by all the instruments. Walking trombone sets up the intervals for trumpet solos which are holding main theme firmly. With  shift changes given to all soloists or unison, after announcing brakes. Wonderful and clean with a brilliantly vital tutties.

Prophet, with its all lyrical layers comes with slightly slower metrum , but that helps to increase the accent on the expression. Solo voices however keep talking to each other in fast tempos without giving up for a single moment and paying an immaculate tribute to those onomatopoeic rhythmic figures that Eric’s music is such a full of and famous for. Here it becomes even more audible as an arrangements are naturally less thick and rich.

On 17 West choruses and unisons played by every single brass in the group are building up an amazing rhythmic structure, holding melody with an incredible variety of textures and shades that makes it hard to believe that this is played just by the quartet. So it is true during entire recording of course, but those examples had been picked up for the reason.

Additional value of the recording done as such a small combo is making melodic aspect of Dolphy’s compositions more clear and obvious. Priceless for all those who might get lost trying understand that music for the very first time. This performance is charming by its mastery, entertaining due to its virtuosity and intellectually challenging. Kudos to Silke and Potsa Lotsa for showing such complicated music structures in such an easy and clear way.