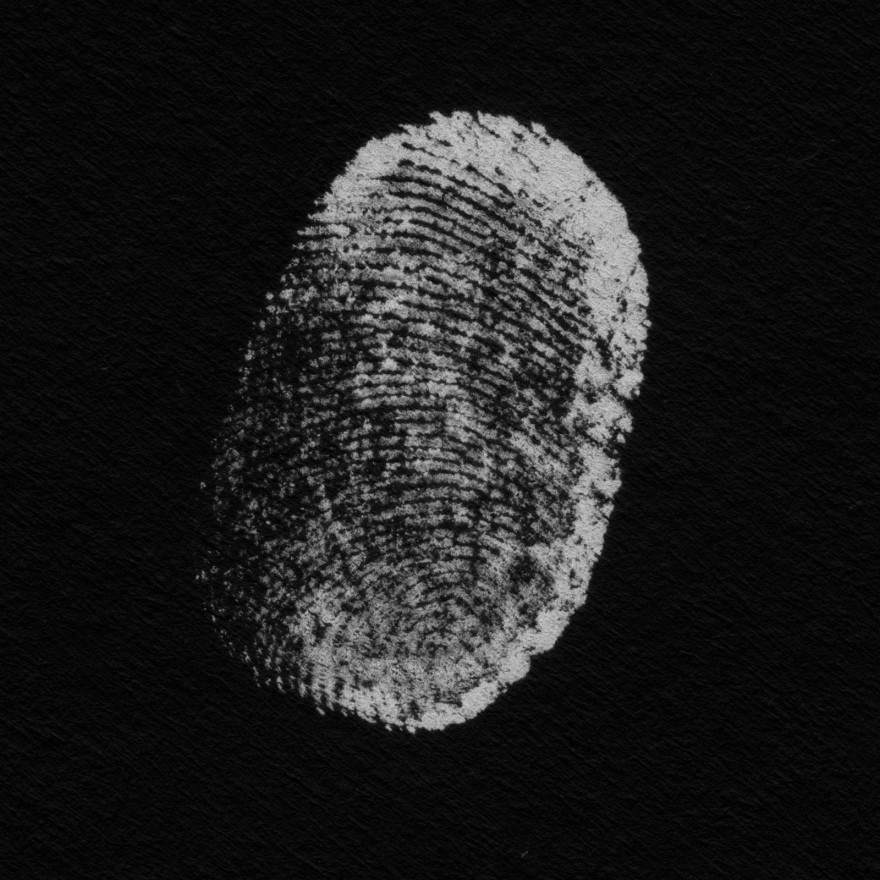 “Moving way outside the standard language of jazz vibraphone, Patricia Brennan has created something like a landscape of vapor, full of wandering melodies lost in the fog.” – Giovanni Russonello, citing Maquishti among the New York Times Best Jazz Albums of 2021

“You could say that Brennan drags the vibraphone into the 21st century, but her record suggests that mallet based percussion was always ripe for exploration.”
– Daniel Felsenthal, Pitchfork

The release of her critically acclaimed 2021 debut Maquishti marked vibraphonist and marimbist Patricia Brennan as a startlingly original voice on the improvised music landscape. That promise is more than fulfilled with Brennan’s remarkable follow-up, More Touch, which finds the visionary percussionist leading a wholly unique quartet featuring bassist Kim Cass, drummer Marcus Gilmore, and percussionist Mauricio Herrera. More Touch expands brilliantly on the singular vocabulary showcased on Brennan’s solo debut. Enhancing the resonant beauty and percussive melodicism of the vibraphone and marimba with extended techniques and subtle electronic manipulation, Brennan employs an expansive sonic palette that blurs the lines between progressive jazz and contemporary classical music. On More Touch, she bridges tradition and innovation by drawing influences from the Afro-Cuban and Son Jarocho traditions – and their attendant improvisatory practices – of her native Mexico.

The singular make-up of Brennan’s quartet was sparked by her experiences playing in percussion ensembles while a conservatory student at Philadelphia’s prestigious Curtis Institute of Music. “A percussion quartet is all about creating a collective texture or timbre,” she explains. “At the same time there’s a very strong improvisational culture in my hometown of Veracruz because of the Afro-Cuban music and Son Jarocho influence. In a way, the goal for this quartet was to have four percussionists together as a unifying starting ground, and adapt that idea as closely as possible to a more traditional jazz quartet.”

Brennan’s connection with Herrera was another starting point for the project. The Cuban-born master percussionist spent four years in Mexico in the early 2000s before relocating to New York, and brings a shared pool of influences from both the Afro-Cuban tradition as well as his direct experience in Brennan’s homeland. “Mauricio knows the tradition inside and out, which I really appreciate and respect,” Brennan says. “There’s a lot of influence from Cuban percussion back home, so just knowing that Mauricio comes from that lineage is inspiring in itself. But within that tradition it can be difficult to find a musician with the mindset to explore different realms. Mauricio has worked with people like Andrew Cyrille and Aruan Ortiz, musicians who lean a bit more into that outer sphere, so he’s able to adapt the tradition.”

In Marcus Gilmore, Brennan has enlisted one of the most distinctive and original drummers in modern jazz, someone who has explored rhythmic traditions from Cuban, African, and Carnatic musics as well. “Marcus is an incredible musician,” Brennan says. “Like Mauricio, he has a foundation that is aware of the tradition not only of his own instrument but also in the kinds of music that I am inspired by. On top of that, he’s able to play really free or swing – he’s very malleable, and I was searching for a drummer that could navigate all those avenues.”

A bass player may not typically be considered a percussionist, but in completing her reimagined percussion quartet Brennan knew that Cass would think like one. “Kim is very interested in complex rhythmic structures and navigating through them,” she explains. “I wanted him to play the traditional bass role, but I know that he also has the mindset of a drummer. He’s always thinking about different ways of creating texture with rhythm.”

Brennan’s own virtuosic yet boundless approach to the vibes and marimba takes the percussive and melodic aspects of the instruments into uncharted territory via her use of electronics, adding further possibilities to an already expansive ensemble. The result is a compellingly unpredictable venture, where reggae soca grooves buoy intricate, angular melodies; warm, ringing tones skitter into electronic glitchiness and give way to redolent, Xenakis-inspired silences; the infectious beat of Cuban son spirals into higher-order geometric designs; and mesmerizing Batá drums become shrouded in resplendent, borealis-like swathes of color.

More Touch suggests the tactile nature of this percussion-focused project, but it also hints at the vibrant humanity that ripples through the stunning interplay and evocative silences that make this music such a moving and captivating experience. “The title reflects a constant inner search for me,” Brennan concludes. “It’s about being in touch with who I am and where I come from, but also being in touch with other people. With the right people, music making happens when you don’t have to say anything. In order to get to that point, you have to be so connected, so in tune with each other. It comes from being in tune with nature and the universe and the world and other people, all at the same time.” 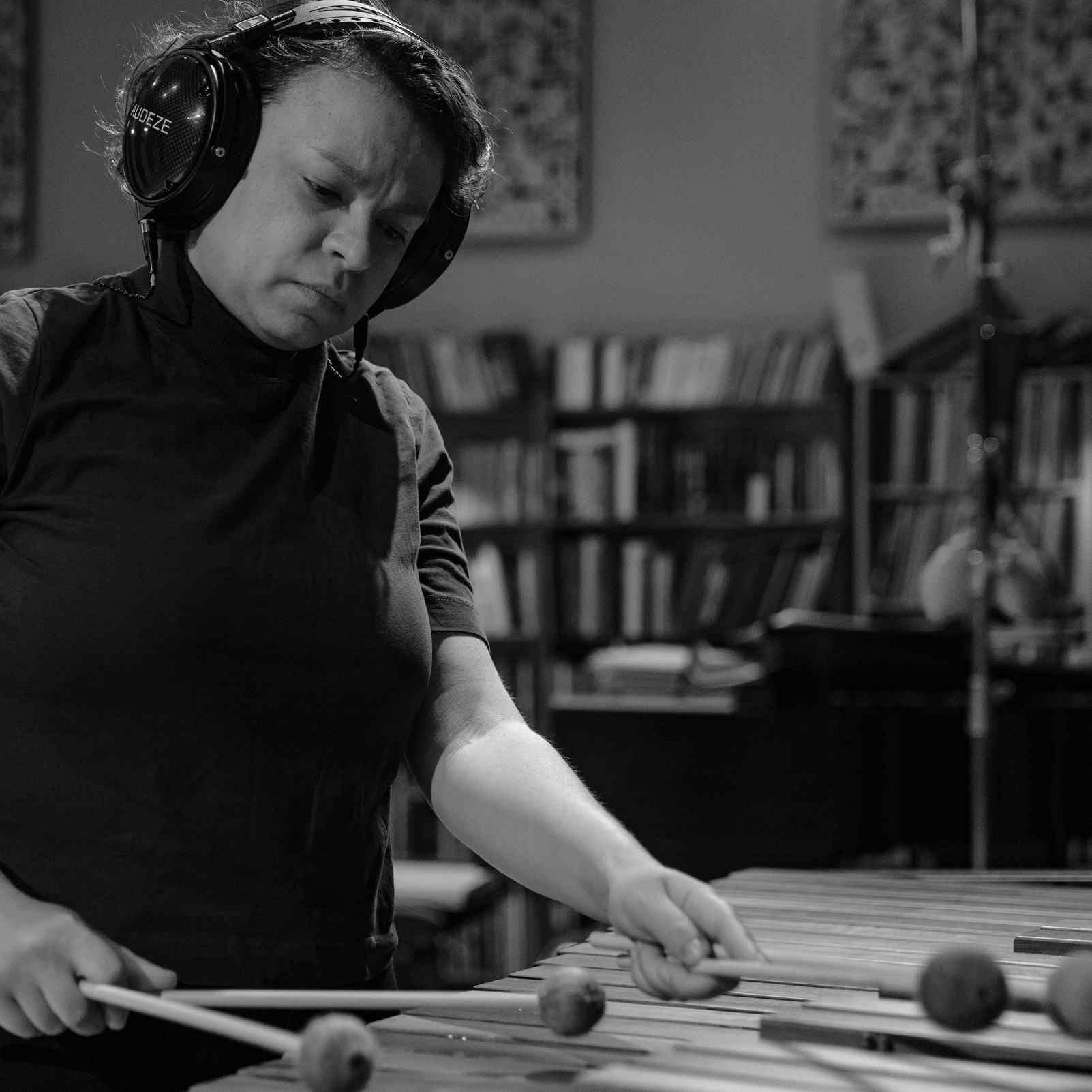 Patricia Brennan
Mexican-born vibraphonist, marimbist, improviser and composer Patricia Brennan has been hailed by JazzTimes for her “unconventional sensibilities… reinventing the art of vibraphone composition and technique.” Having performed with the top symphony orchestras in Mexico while still in her teens, Brennan studied at Curtis Institute of Music in Philadelphia, where she performed with the Philadelphia Orchestra and such new music ensembles as Eighth Blackbird. Brennan is a member of the Grammy-nominated John Hollenbeck Large Ensemble, Mary Halvorson’s Amaryllis, Michael Formanek’s Ensemble Kolossus, Matt Mitchell’s Phalanx Ambassadors, the Webber/Morris Big Band; and Tomas Fujiwara’s 7 Poets Trio with cellist and composer Tomeka Reid. She has also collaborated with pianist Vijay Iyer as a member of Blind Spot with writer Teju Cole and bassist Linda Oh, and performed and recorded with such renowned musicians as Sylvie Courvoisier, Dan Weiss, Trevor Dunn, Dave Douglas, Fay Victor, Darius Jones, and many others. Brennan’s own projects include her solo debut, Maquishti, and MOCH, a collaborative duo with percussionist, drummer and turntablist Noel Brennan (DJ Arktureye).

Pyroclastic Records
Pianist-composer Kris Davis founded Pyroclastic Records in 2016 to serve the release of her acclaimed recordings Duopoly, Octopus (with Craig Taborn) and Diatom Ribbons with the goal of growing the label into a thriving platform to serve cutting-edge artists. In 2019, Davis launched a nonprofit to support those artists whose expression flourishes beyond the commercial sphere. By supporting their creative efforts, Pyroclastic empowers emerging and established artists — including those on its 2022 roster: Tony Malaby, Ches Smith, Nate Wooley, Patricia Brennan, Trevor Dunn and Cory Smythe — to continue challenging conventional genre-labeling within their fields. Pyroclastic also seeks to galvanize and grow a creative community, providing opportunities, supporting diversity and expanding the audience for noncommercial art. Additionally, its albums often feature artwork by prominent visual artists—Julian Charriére, Dike Blair, Mimi Chakarova, Jim Campbell and Raymond Pettibon among recent examples.