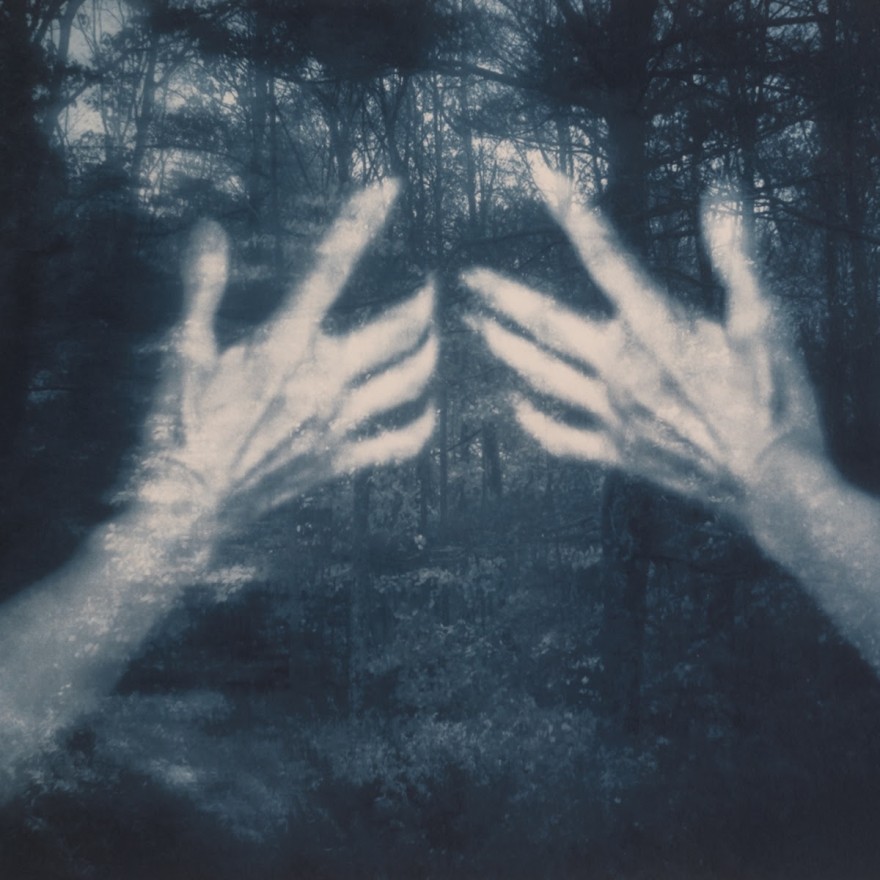 Susana Santo Silva releases All The Birds And A Telephone Ringing on LP / CD / DL via Thanatosis Produktion on the 25th November 2022.

On her new solo album ”All The Birds And A Telephone Ringing”, the Portugese, Sweden-based trumpeter Susana Santos Silva demonstrates her great breadth as a musician and composer. The overarching theme is human–nature relations, and it’s explored sonically in a variety of ways by means of mixing field recordings, studio manipulated sounds, and improvisations on trumpet and Irish flute in different acoustic spaces..

The Portuguese trumpeter Susana Santos Silva has firmly established herself in the upper echelons of jazz and improvised music, a musician of lyric imagination and technical ferocity with deep historical perspective. Based in Stockholm, Sweden—where she’s currently studying electro-acoustic composition at the Royal College of Music—Silva is an inveterate collaborator, turning to artistic partnerships to constantly explore new sonic terrain. She works with pianist Kaja Draksler in a duo as well as the quartet Hearth with Ada Rave and Mette Rasmussen, she’s played in Fire! Orchestra, participated in many projects with bassist Torbjörn Zetterberg, and worked with legendary figures like Fred Frith and Anthony Braxton, in addition to leading several bands of her own.

In recent years Silva has expanded her artistic scope, creating vivid sound collages that meticulously blend field recordings, electronics, and her authoritative trumpet playing that extend her interest in narrative and wordless storytelling. Her new Thanatosis album All The Birds And A Telephone Ringing features the most accomplished and sophisticated iteration of this new practice, starting with her deep interest in the variegated relationships that exist between the natural world and the human beings that inhabit it. The album title was inspired by a line in John Cage’s classic book Silence, and Silva embraces many of his theories on sound and listening. “This album is about the relationship between nature and humans,” she says. “It’s connected to the climate problems that we are facing, and the way society lives. It’s all wrong, the world is completely upside down. How we interact, how we affect the world around us, and how the world around us affects us, and our practices. It’s about how everything I listen to around me affects, influences, inspires the music. What we hear around us is already music itself.”

In 2019 Silva was approached by the Belgian imprint Matière Mémoire to contribute a piece to its MMXX series, joining an impressive roster of artists working heavily with electronic music. “I kind of got inspired and I thought, why don’t I try to do something with electronics?” she recalls. “Something different, because I got a little bit bored of only playing the trumpet and I had already tried to get a lot of sounds that are not exactly idiomatic for the instrument. I tried to go into these extended techniques as much as possible, but I still wanted more. I just felt the need to expand the palette and use all kinds of sounds.” That 2020 piece, “Sometimes It’s Raining a Lot” opened up a new world for Silva, making use of the field recordings she’d spent years collecting. She followed that up with From the Ground Birds are Born, a shape-shifting organ-drenched meditation for the Superpang label in 2021 even further removed from the free jazz and improvised music that she’s best known for.

Still, Silva insists that the process behind these more electronic works isn’t so different from her trumpet-based music. “The way I work is very spontaneous, always very intuitive,” she says. “The conceptual part of it, is only the starting point and most of the times extramusical. So in this case, it was a relationship between humans and nature. From then on, it’s improvised, just trying things out and seeing what I find. If I find something that I like, I explore that thing. These compositions that I do are very improvised as well. I go back and forth, I change things, I experiment.” That sense of exploration characterizes the liquid textures she produces on “As One Comes to the World,” in which a pair of hydrophones capture the blobby gurgles and unpitched breaths emanating from the bell of her horn submerged beneath the surface of water. Within this limited sound pallet, Silva finds endless variation inside this human intervention with nature, creating a symphonic movement of splashes, clacking trumpet valves, and inchoate breaths. After recording the piece Silva assumed that she would need to shorten the piece, but as she immersed herself in the results, she heard an organic narrative that required no substantial edits, and, indeed, the piece takes on a deeper resonance with every additional listen.

While elements in many of the pieces are obvious—whether the extended techniques on trumpet that open “All the Birds” or the mixture of a creaking ship hull and overheard gulls at the beginning of “The Way Home,” Silva prefers to keep the source material a bit mysterious. She wants the listener to fill in the blanks. “If people imagine something completely different, that’s great,” she says. “The music only ends, or is complete when it’s listened to by someone, and that someone is actually finishing the piece. The listener will have their own perception of everything. That’s the part I enjoy the most when I listen to music.” For Silva this new engagement with electronic production complements her live improvisational approach. “It’s all part of composition,” she says. “You write for trumpet, oboe, and piano, or you write for trumpet and environmental sounds or trumpet and train station, trumpet and water.”

With All The Birds And A Telephone Ringing she vividly demonstrates an ability to transform any sound into a composed work. Silva is complementing the album with a series of videos for each piece using footage shot with her phone, a kind of visual analog to her field recordings. 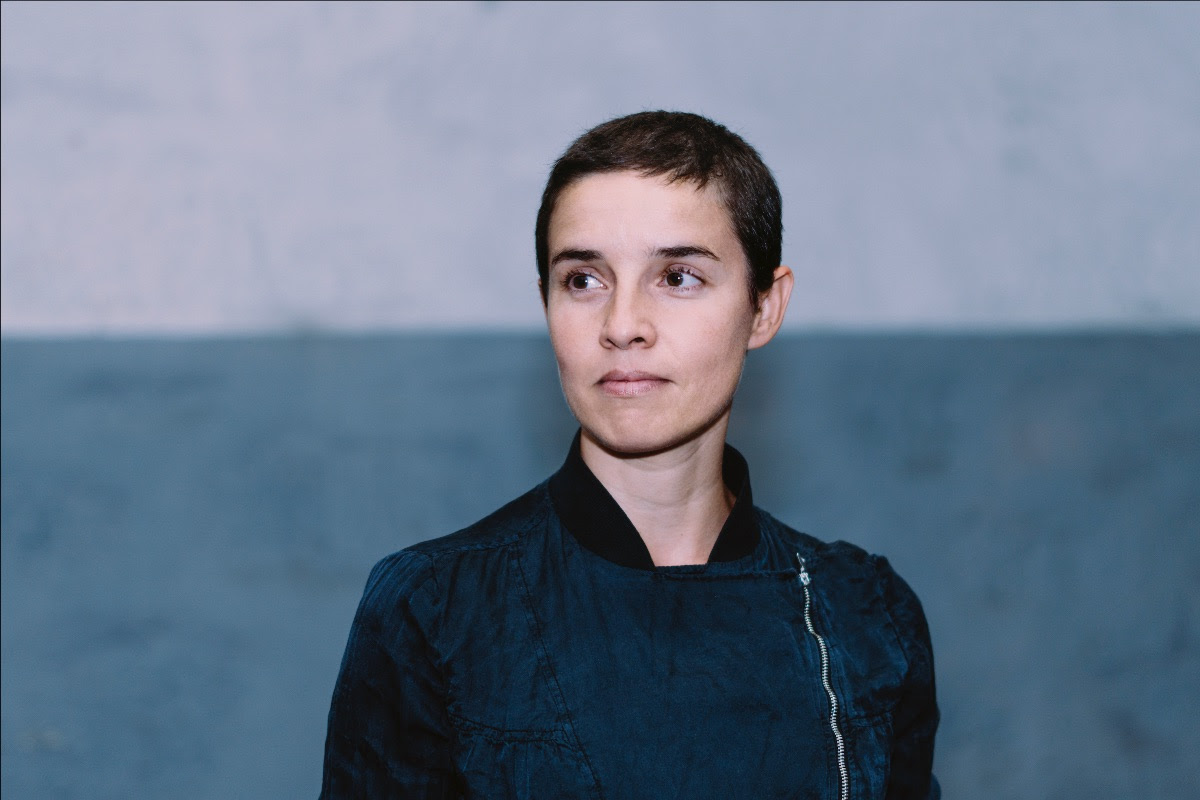 SUSANA SANTOS SILVA – All The Birds And A Telephone Ringing
release: 25th November 2022

1. The Way Home
2. Always Arriving Always Departing
3. As One Comes To The World
4. All The Birds
5. And A Telephone Ringing
6. For Reasons A Human Cannot Divine