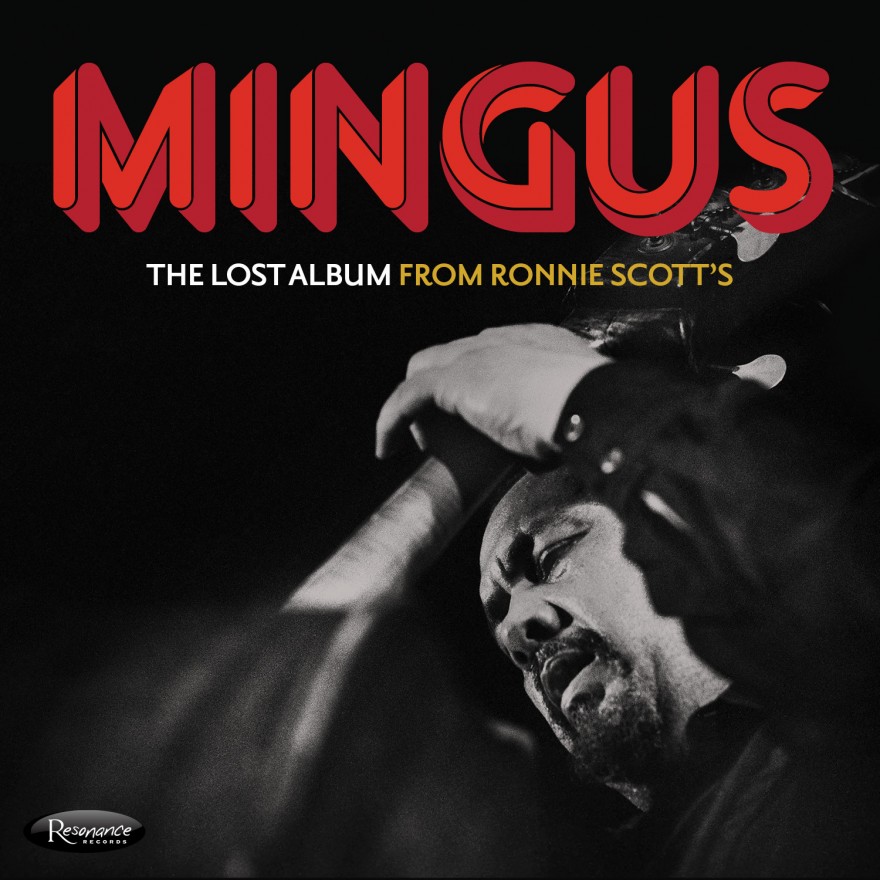 Blistering Live London Date by the Bassist-Composer’s 1972 Sextet, Originally Intended to be an Official Album Release, Will Be Issued as a Three-CD Set and Digitally on April 29th

The two live sets, comprising nearly two-and-a-half hours of music, were professionally recorded on eight-track tapes via a mobile recording truck on Aug. 14-15, 1972. However, the performance went unreleased, for Mingus – along with every other top jazz musician on the Columbia roster except for Miles Davis – was dropped by the label in the spring of 1973. The present release is completely authorized by Jazz Workshop, Inc., which controls Mingus’ music.

Resonance co-president Zev Feldman, who co-produced the Scott’s material for release with David Weiss, says, “This is a lost chapter in Mingus’ history. Originally intended to be an official album release by Mingus, it never materialized. We have now brought this recording to light for the whole world to hear in all its musical and sonic glory. It’s especially exciting to be celebrating Mingus with this release in his centennial year.”

A statement in the Resonance collection from Jazz Workshop, Inc. says, “In Sue Mingus’s memoir, Tonight at Noon, she recalls receiving the extraordinary tapes [the band] had recorded; the reels remained in the Mingus vault, untouched until now. It is our honor, forty-nine years later, to present, with Resonance Records, this historic performance.”

In his knowledgeable overview of Mingus’s activities of the early ‘70s and his stand at Scott’s club, British jazz critic and historian Brian Priestley, who penned an authoritative 1983 biography of Mingus called Mingus: A Critical Biography, writes, “The magnificent music contained herein comes from a special period in the life of Charles Mingus, one in which he re-emerged from the depths of depression and inactivity, to be ultimately greeted with far wider acclaim than he had ever previously experienced.”

By the time Mingus’ band took the stage at saxophonist Scott’s celebrated London club, the great jazz man was experiencing a career renaissance: he had received a Guggenheim Foundation fellowship and seen his music adapted for choreographer Alvin Ailey’s The Mingus Dances in 1971, the following year saw the release of his potent autobiography Beneath the Underdog and his widely acclaimed big band album Let My Children Hear Music.

Though his group still featured the formidable saxophonists Bobby Jones (tenor) and Charles McPherson (alto), the sextet was in a state of flux, but the new members delivered on stage. Pianist Jaki Byard was succeeded by the relatively unknown John Foster, who showed off both his keyboard and vocal chops at Scott’s. Longtime drummer Dannie Richmond, who had joined the pop band Mark-Almond, was replaced by the ingenious, powerful Detroit musician Roy Brooks, who demonstrated his invention the “breath-a-tone,” which allowed him to control the pitch of his kit while playing, and, on a couple of numbers, his abilities on the musical saw. The trumpet chair was filled by the phenomenal 19-year old Jon Faddis, a protégé and acolyte of Dizzy Gillespie.

The Lost Album features nine performances captured during the two-night engagement; some of them – the then-new compositions “Orange Was the Color of Her Dress, Then Silk Blues” and “Mind-readers’ Convention in Milano” and the war horse “Fables of Faubus” – are epics that range around the half-hour mark. In its entirety, the set bears comparison to Mingus’ storied concerts at Monterey, Carnegie Hall, and Antibes.

During the English engagement, which came at the end of a European tour, Priestley conducted a joint interview with Mingus and McPherson at the club. He found the bassist in a philosophical mood: “Life has many changes. Tomorrow it may rain. And it’s supposed to be sunshine because it’s summertime, but God’s got a funny soul. He plays like Charlie Parker. He may run some thunder on you. He may take the sun up and put it in the nighttime, the way it looks to me.”

In a new interview with Feldman, McPherson deftly characterizes his longtime employer’s musical approach: “[Mingus] liked for his music to be clean enough for it to be obvious that this is worked out and thought out, but not so pristine that it sounded robotic or unanimated or not human — too processed. I think ‘organized chaos’ is an apt term because that’s the way Mingus’s music really did sound; it did have almost this free-wheeling kind of a vibe and yet, you can tell it’s written out, it’s thought about, and it has all the elements of organization, but still, it has the elements of spontaneity.”

A pair of jazz’s most celebrated bassists offer their appreciation for Mingus in interviews conducted by Feldman. Christian McBride says, “Mingus just has such an individual sound, such a presence. He had some real estate that no one else had. I love how Mingus’s music is this very blurry balance of blues, swing and the avant-garde….He did it in a way that no one else did.” Eddie Gomez notes, “He was this big influence in a big forest, so I assumed that he got a lot of recognition. Maybe he should have gotten more. He’s still one of the great influences in jazz music.”

The full measure of the jazz artist’s larger-than-life personality is captured in reminiscences by Sue Mingus (in an excerpt from her 2002 book Tonight at Noon: A Love Story) and Mary Scott (in a new interview with Feldman) of the bandleader and the club owner who were their respective spouses.

A rich and very funny recollection of the mercurial titan is offered in Feldman’s interview with New York writer, raconteur, and woman-about-town Fran Lebowitz, who knew both the Minguses well. In the album’s booklet, she recalls one encounter in which an angry Mingus chased her out of the Village Vanguard and through Lower Manhattan. She also talked about Mingus the artist, saying: “I know a million artists, I know a million people who say they’re artists, a million people that other people say are artists, but Charles was profoundly an artist. There was nothing about him that wasn’t that of an artist.”

“Music is my life. Without it I’d be dead. All I need is score paper and a piano.” — Charles Mingus, from an interview in London, 1972