TUM Records releases another two stunning new projects on November 19, 2021 from iconic trumpeter and composer Wadada Leo Smith as he approaches his 80th birthday. They include his Great Lakes Quartet (Smith, Threadgill, Lindberg, DeJohnette) in The Chicago Symphonies (4 CDs), and Smith, Iyer and DeJohnette in A Love Sonnet for Billie Holiday.  These are the second batch of TUM releases celebrating Smith’s birthday. All together there are six projects totaling 22 CDs.

Below you’ll find a bit about each project:

The Chicago Symphonies represents another magnificent four-disc collection of extended compositions by composer, musician, artist and educator Smith leading his Great Lakes Quartet in a celebration of Chicago and the rich contributions of the Midwestern artistic, musical and political culture to the United States of America. The first three symphonies, “Gold,” “Diamond” and “Pearl” are performed by Smith with three other contemporary masters of creative music, saxophonist/flutist Henry Threadgill, bassist John Lindberg and drummer Jack DeJohnette. The fourth, “Sapphire Symphony – The Presidents and Their Vision for America,” features saxophonist Jonathon Haffner with Smith, Lindberg and DeJohnette.

“The idea of a symphony composed for a sextet was first presented by composer/ performer Don Cherry in his classic recording Symphony For Improvisers in 1966,” says Smith. “I have broadened this idea to include the social, political and psychological dynamic into the creative space. My Chicago Symphonies are intended to illustrate and preserve the powerfully unique cultural contribution that the Midwesterners made in helping to shape the American society.” 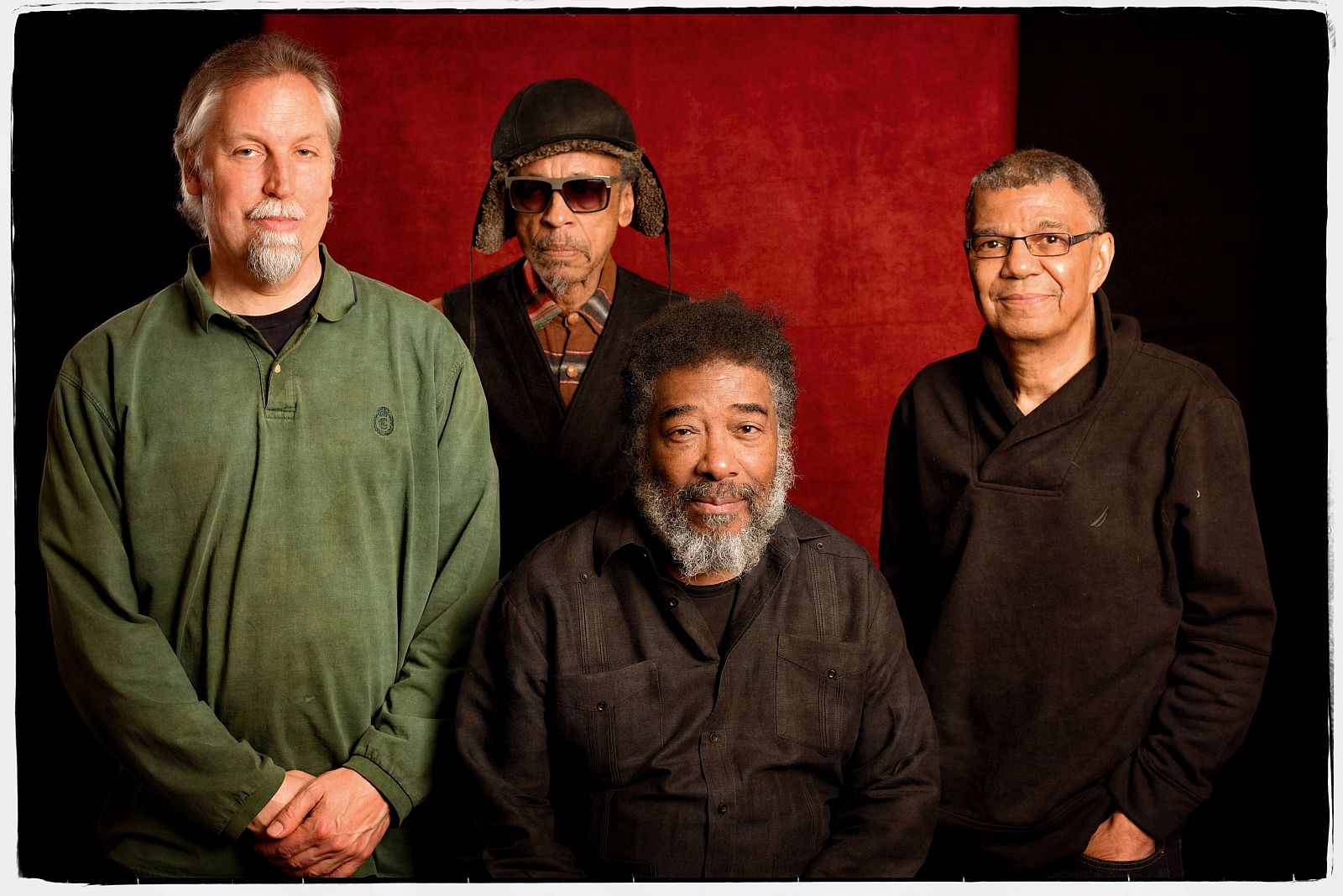 Don Cherry’s classic recording Symphony For Improvisers on Blue Note Records featured Cherry on the cornet with saxophonists Gato Barbieri and Pharoah Sanders, vibraphonist Karl Berger, bassists Henry Grimes and Jean-François Jenny-Clark, and drummer Ed Blackwell. In The Chicago Symphonies, Wadada Leo Smith has expanded his idea of using symphonic form to showcase some of the Midwest’s creative composers/performers, poets, thinkers and political visionaries inside that symphonic form. In particular, The Chicago Symphonies celebrate the historical contributions of creative music in Chicago culture starting with Louis Armstrong and his contemporaries through Sun Ra and others onto the Association for the Advancement of Creative Musicians (AACM) as well as, in the case of “Sapphire Symphony,” two great presidents hailing from Chicago, Abraham Lincoln and Barack Hussein Obama.

The Chicago Symphonies follows the release by the Great Lakes Quartet of The Great Lakes Suites (TUM CD 041-2, a double-CD with Smith, Threadgill, Lindberg and DeJohnette) that featured six extended compositions dedicated by Smith to Lake Michigan, Lake Ontario, Lake Superior, Laker Huron, Lake Erie and Lake St. Clair. In 2014, The Great Lakes Suites was broadly hailed as one of the top albums of the year. 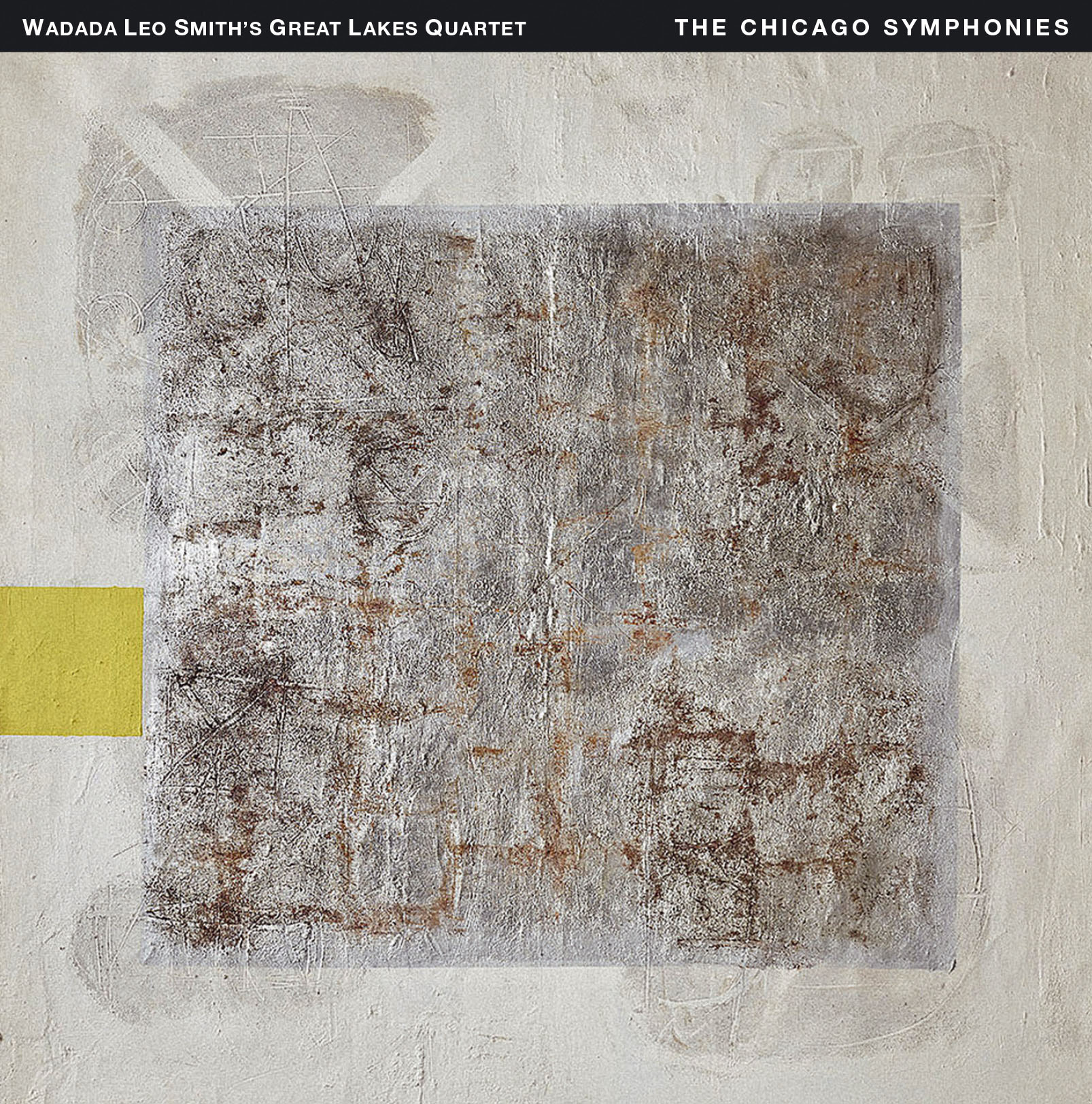 A Love Sonnet For Billie Holiday by Wadada Leo Smith, Jack DeJohnette and Vijay Iyer brings the three artists together forthe first time in this meeting of creative giants. The recording is a unique artistic collaboration featuring compositions by all three of its participants.

Wadada Leo Smith first met and played with Jack DeJohnette in the late 1960s and the two have collaborated with increasing frequency since DeJohnette participated in the first recording of Smith’s Golden Quartet more than two decades ago. Smith’s and Iyer’s first collaboration, in a later edition of the Golden Quartet, also goes back almost two decades.

Nevertheless, the recording of A Love Sonnet For Billie Holiday marks the first time these three unique artists have participated in the same project and also the first time DeJohnette and Iyer have played together. 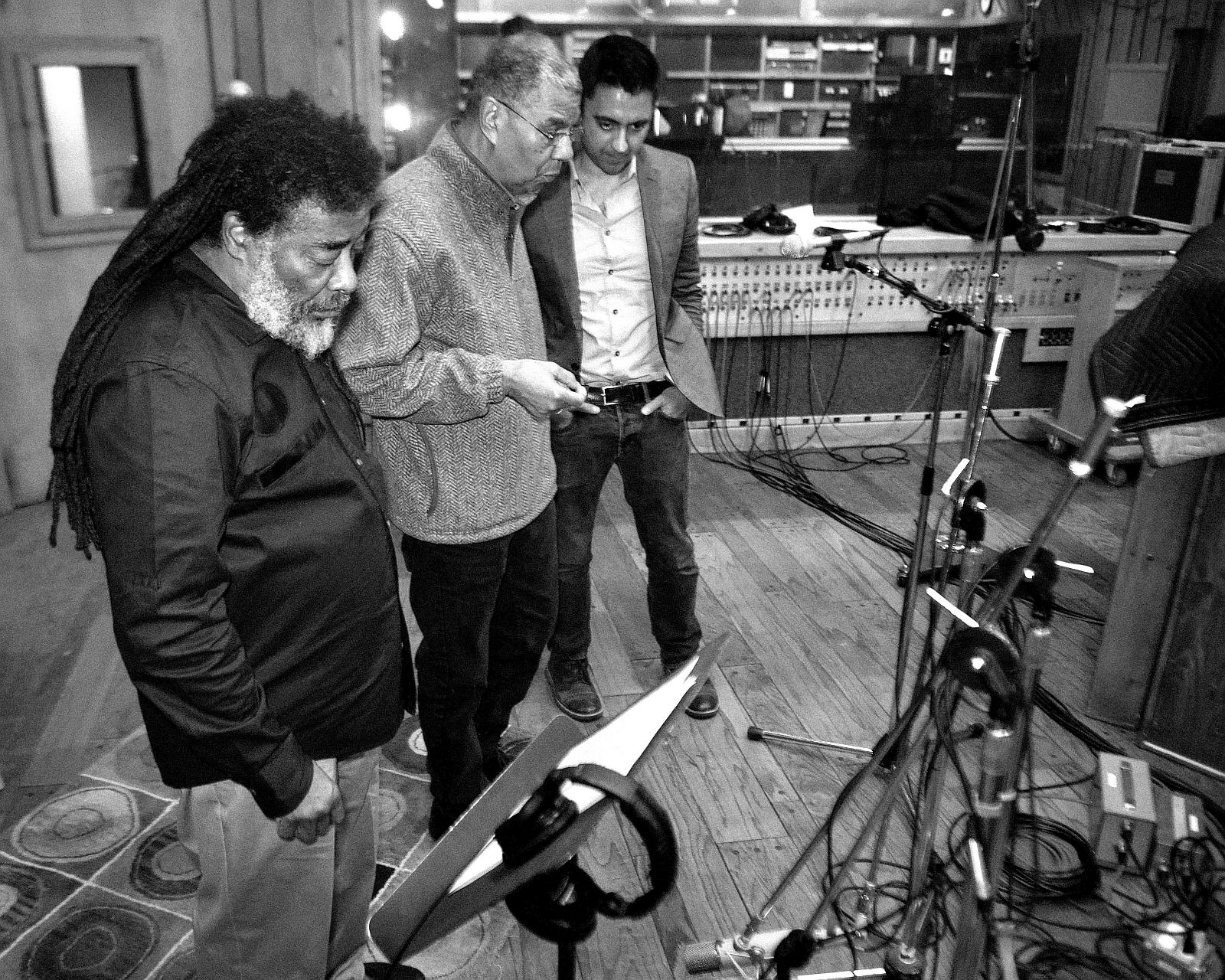 The album opens with Smith’s composition that gave the album its title. “Billie Holiday: A Love Sonnet” is the latest in a line of Smith’s compositions dedicated to Billie Holiday that previously has included the title composition of Dark Lady Of The Sonnets by Wadada Leo Smith’s Mbira (TUM CD 023) as well as “The Empress, Lady Day: In a Rainbow Garden, with Yellow-Gold Hot Springs, Surrounded by Exotic Plants and Flowers” on Najwa (TUM CD 049), among others. Smith’s other contribution, an extended composition titled “The A.D. Opera: A Long Vision with Imagination, Creativity and Fire, a dance opera” is dedicated to his long-time collaborator, pianist Anthony Davis, who already played with Smith in his important early group, New Dalta Akhri, in the mid-1970s, then joined the same first edition of the Golden Quartet that also featured DeJohnette and also participated innumerous other projects by Smith over the years.

Jack DeJohnette brought to the session his composition “Song for World Forgiveness,” a powerful plea for peace and sanity that has received a number of different treatments on his own recordings ranging from solo piano and saxophone/piano duo to a quartet, whereas Iyer contributed “Deep Time No.1,” which utilizes electronics and includes an excerpt of Malcolm X making his speech “By Any Means Necessary.” Finally, the closing piece “Rocket” was created collectively in the studio.

“A Love Sonnet For Billie Holiday was a dream project to work on with Jack and Vijay where the idea of composition and instrumentation would play a vital part in how the music sounded,” says Wadada Leo Smith. “The keyboards, drum-set/percussion and trumpet would create their own sonic ranges, and with no bass at the ‘bottom’ of the music, Vijay, Jack and Wadada’s instruments could realize wider horizontal sonic fields and emotional ranges. Therefore, the performers could reveal a complete and complex melodic and harmonic spectrum in a clear musical exposition. “ 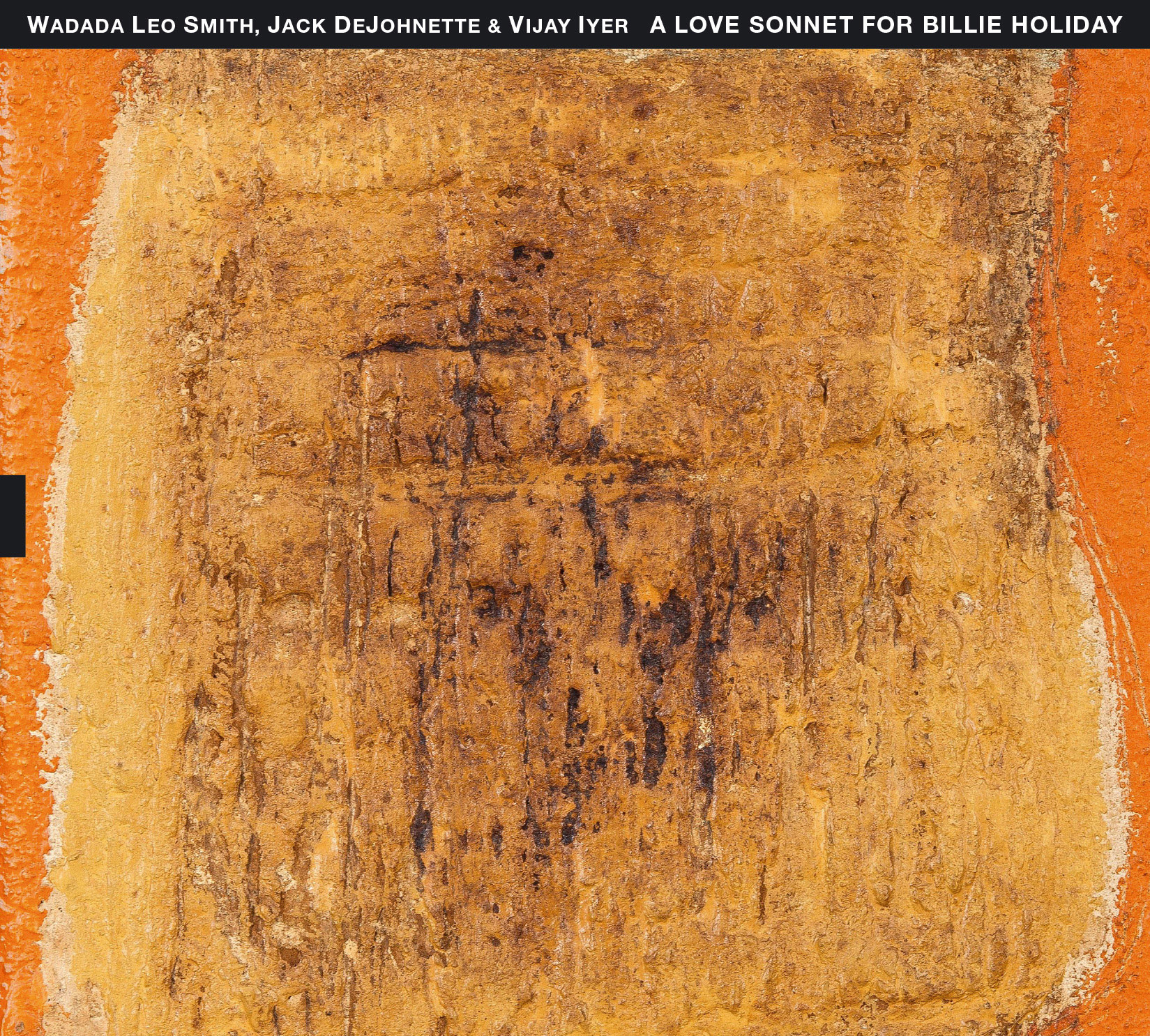 03 The A.D. Opera: A Long Vision with Imagination, Creativity and Fire, a dance opera (For Anthony Davis) (Wadada Leo Smith) 18:11

“Deep Time No. 1” includes an excerpt from the “By Any Means Necessary” speech by Malcolm X 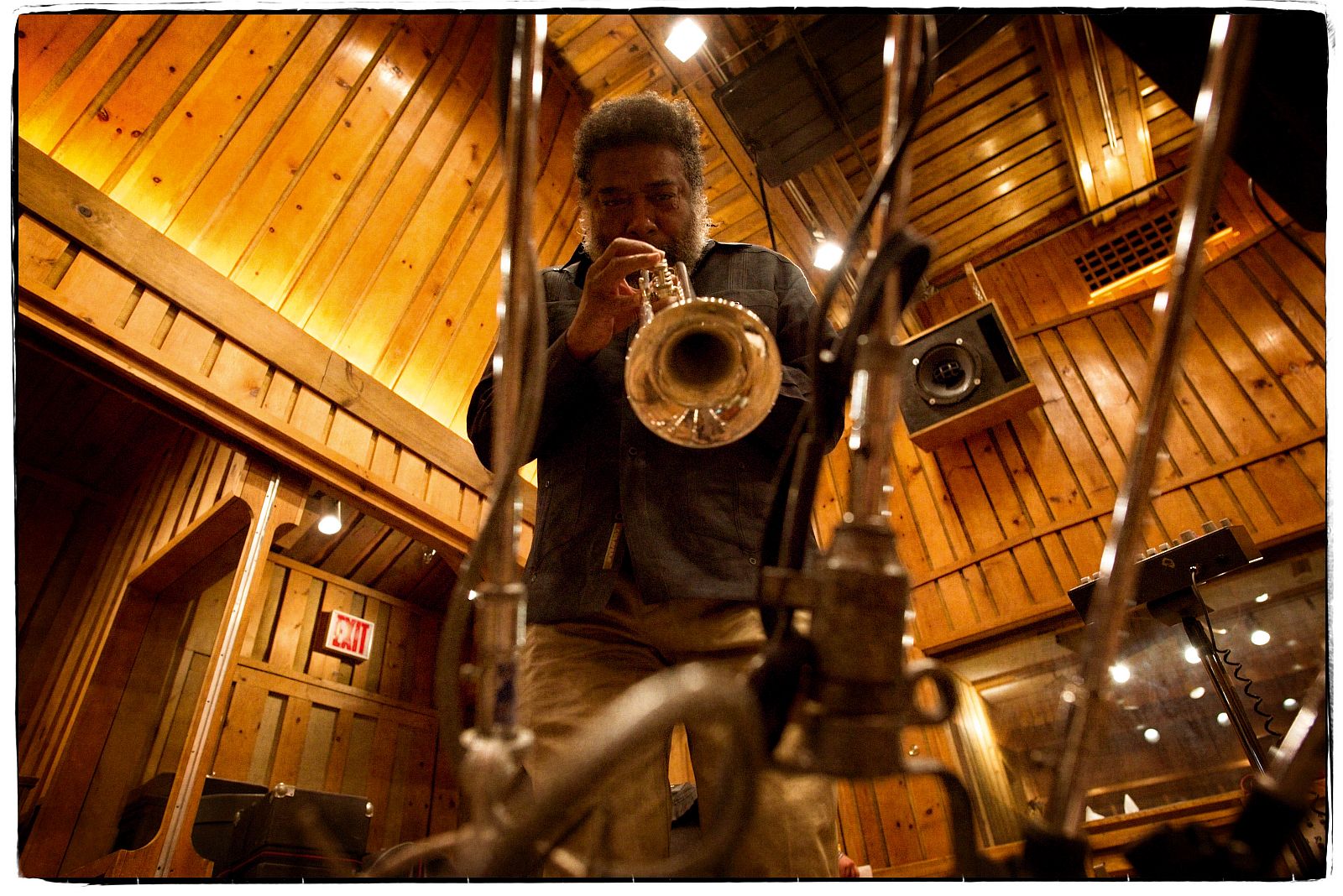 Throughout his career, Smith has been recognized for his groundbreaking work.  A finalist for the 2013 Pulitzer Prize in Music, he received the 2016 Doris Duke Artist Award and earned an honorary doctorate from CalArts, where he was also celebrated as Faculty Emeritus. In addition, he received the Hammer Museum’s 2016 Mohn Award for Career Achievement “honoring brilliance and resilience.” In 2018 he received the Religion and The Arts Award from the American Academy of Religion.

Smith has released more than 50 albums as a leader on labels including ECM, Moers, Black Saint, Tzadik, Pi Recordings, TUM, Leo and Cuneiform. His diverse discography reveals a recorded history centered around important issues that have impacted his world, exploring the social, natural and political environment of his times with passion and fierce intelligence. His 2016 recording, America’s National Parks earned a place on numerous best of the year lists including the New York Times, NPR Music and many others. Smith’s landmark 2012 civil rights opus Ten Freedom Summers was called “A staggering achievement [that] merits comparison to Coltrane’s A Love Supreme in sobriety and reach.”

In March 2022 TUM will release two major box sets of Smith’s work. The include Wadada Leo Smith: String Quartets No. 1 – 12, a 7-CD box set featuring RedKoral Quartet plus featured soloists including Smith, Anthony Davis, Alison Bjorkedal, Thomas Buckner and more; and Wadada Leo Smith: Emerald Duets a set with 4 CDs, one each with Pheeroan akLaff, Han Bennink, Andrew Cyrille and Jack DeJohnette, adding to Smith’s long history of duo recordings with some of the greatest drummers in the history of creative music. Writing about Smith’s 2017 album Solo: Reflections and Meditations on Monk in the New York Review of Books, Adam Shatz notes: “For all the minimalism of his sound, Smith has turned out to be a maximalist in his ambitions, evolving into one of our most powerful storytellers, an heir to American chroniclers like Charles Ives and Ornette Coleman.”