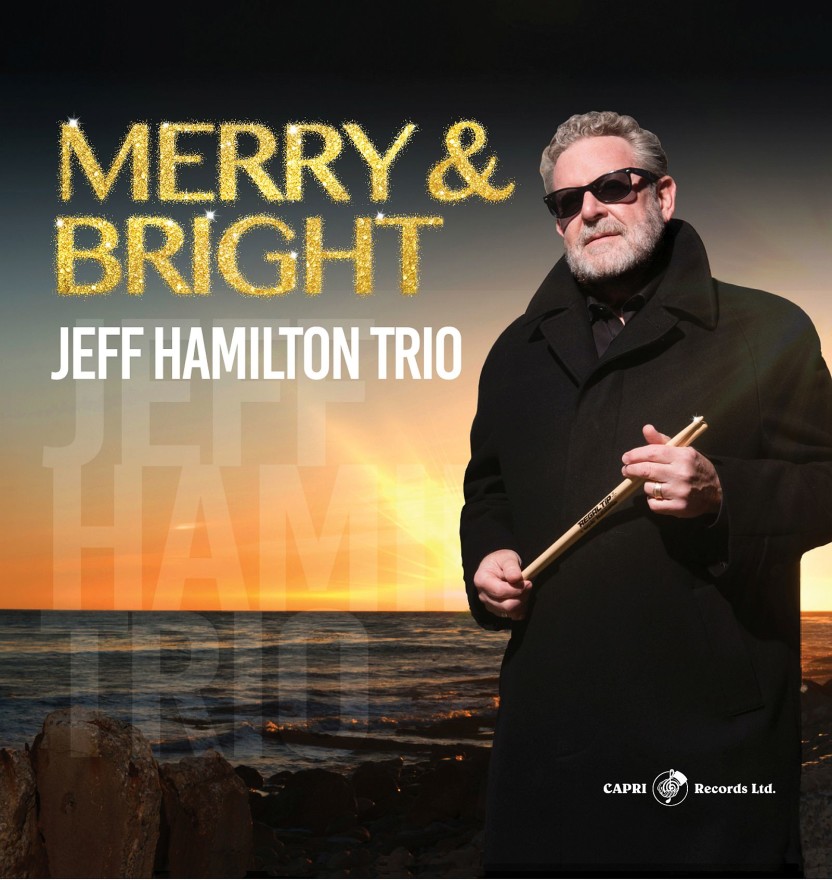 The swinging album showcases Hamilton‘s favorite Christmas tunes selected from his memories growing up in a family where everyone gathered around the piano at holiday time to sing in four-part harmony.

“I’ve always enjoyed holiday music and have been planning on doing a Christmas project for many years. I finally did it during the pandemic and got my trio into the studio to record it direct to 2 track, like I used to. We were very happy with the outcome. We put together these arrangements and got the recording done in only a few hours.”

The tunes were selected from Hamilton’s memories growing up in a family where everyone gathered around the piano and sang Christmas tunes in four-part harmony. It was a time when Andy Williams’ version of “It’s the Holiday Season” was on the radio and turntables were everywhere in America. Two of the pieces, “Caroling Caroling” and “Bright, Bright the Holly Berries” he learned from The Singers Unlimited, whose textured vocal harmonies were reminiscent of Hamilton’s evenings singing with the family.

Hamar and Hendelman open “Have Yourself a Merry Little Christmas” in the spirit of the original, somewhat melancholy version sung by Judy Garland in “Meet Me in St. Louis.” Of course, Frank Sinatra’s version is one best remembered, as well as Mel Tormé’s, who wrote a beautiful new verse for the tune.

The traditional piece “O Tannenbaum” is played thoughtfully by Tamir. “Santa Baby” was a bit of a naughty song when Eartha Kitt sang it in 1953. Her version is still the most popular even though it was later covered by Michael Bublé, and most recently Ariana Grande.

Many people may not know it was Gene Autry who wrote and first performed “Here Comes Santa Claus.” The up-tempo Brazilian version delivered by Hamilton’s trio is sure to become a classic.

“We hope people enjoy listening to these tunes as much as we enjoyed putting the recording together,” says Hamilton. “There’s a combination of all the things we do that has become the trio’s signature style and what it’s known for.”