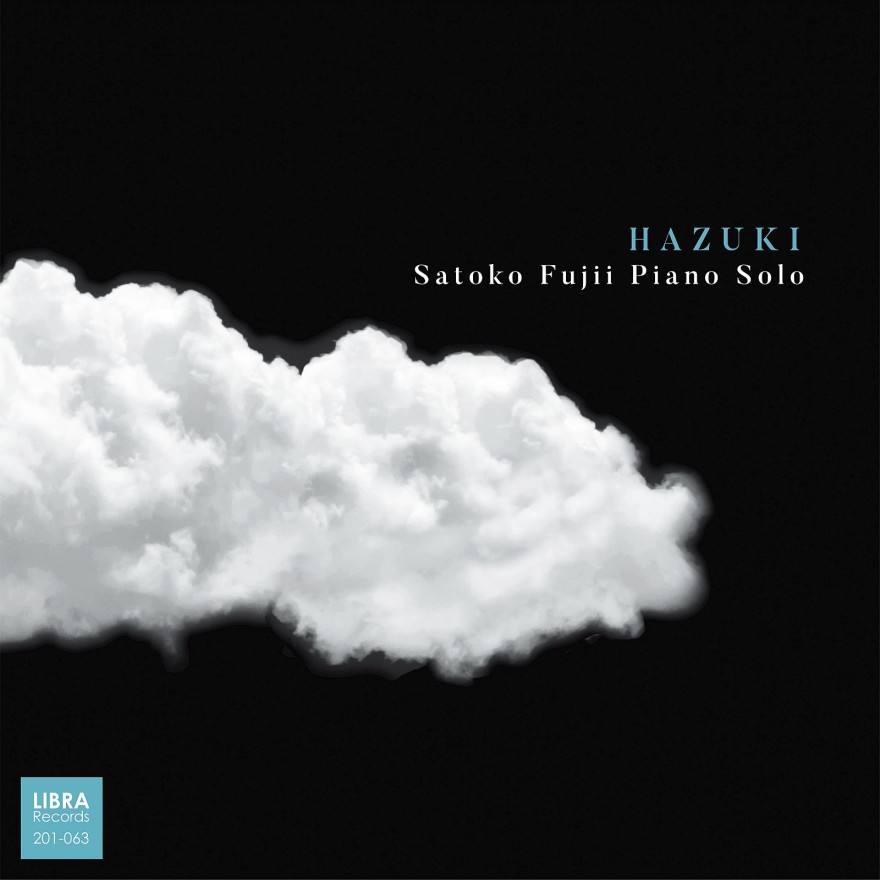 Pianist-composer Satoko Fujii normally spends months on the road each year, but the COVID-19 pandemic has made touring impossible. On her new solo album, Hazuki, she lets the music travel for her. Throughout the course of the pandemic, Fujii has remained committed to her creativity and artistic growth and determined to present her music, even if she can’t do it before a live audience. Recorded at home in her piano practice room, Hazuki is buoyant in the face of adversity, playfully imaginative, and as adventurous as all her albums typically are. It is one of her most delightful and engaging solo outings.

Recording from home did present one advantage for Fujii. “I have been playing my piano for more than 45 years. We know each other well,” she says. “I never expected that I would record on it, but the COVID-19 situation forced me into doing it. On tour, I play a different piano at each concert. Sometimes I ‘meet’ annoying pianos, sometimes I ‘meet’ really great pianos. It’s a gamble. But I have to tell you that it is easy for me to play my piano because I already know it very well.”

The mental preparation for recording in the apartment she shares with her husband, trumpeter Natsuki Tamura, presented an unexpected challenge. “When I’m on tour, I get in a touring mode. But being at home is being in daily life mode. I had to concentrate to get myself in “making music mode” in the middle of my daily life. For instance, when I did my streaming concerts, I went into the piano room and performed and after I came out from the room, which is very close to the kitchen, Natsuki was cooking! It was a very strange feeling.”

Perhaps the most challenging circumstance was a physical one. “I recorded the album in August,” Fujii says. “The weather was extremely hot, in the 90s. I don’t have an air conditioner in my piano room, and I need to close the door so the sound doesn’t disturb the neighbors. So in the small piano room, I was sweating. I put an ice pad on my neck and that helped a bit.” She commemorates these arduous conditions in the title of the album—“Hazuki” is an old Japanese word for “August.”

What emerged from these unusual conditions is one of Fujii’s most diverse and ebullient solo albums. “Invisible” starts out the album with some of her most imaginative and varied playing inside the piano alternating with a haunting keyboard phrase. She then begins altering the phrase, repeating it with most variations and embellishing it. The music is lively, but deliberately developed. On “Hoffen” (German for “hope”), she also delves inside the piano, seamlessly integrating piano wires and keyboard in delicate melodies that grow more lyrical and rhapsodic. “Quarantined” develops a natural flow of long weaving lines interrupted by knots of dense chords. “Beginning” is similar, with a long sinuous right-hand line punctuated by occasional left-hand chords that throw kinks in it.

Some of the compositions play around with musical ideas. “Cluster” puns on the term for an occurrence of disease outbreaks called “corona clusters” and the musical device of note clusters, the striking of several notes that are close together. The performance is built of ringing note clusters carefully placed so the overtones created become part of the music. It’s intensely concentrated with every gesture furthering the creation of a unique musical vocabulary. When she composed “Expanding,” Fujii deliberately limited the notes and intervals she could use as a way to create a new vocabulary. The dramatic performance stays focused on short, rhythmically charged phrases that build tension and momentum.

Critics and fans alike hail pianist and composer Satoko Fujii as one of the most original voices in jazz today. She’s “a virtuoso piano improviser, an original composer and a bandleader who gets the best collaborators to deliver,” says John Fordham in The Guardian. In concert and on more than 90 albums as a leader or co-leader, she synthesizes jazz, contemporary classical, avant-rock, and folk musics into an innovative style instantly recognizable as hers alone. A prolific band leader and recording artist, she celebrated her 60th birthday in 2018 by releasing one album a month from bands old and new, from solo to large ensemble. Franz A. Matzner in All About Jazz likened the twelve albums to “an ecosystem of independently thriving organisms linked by the shared soil of Fujii’s artistic heritage and shaped by the forces of her creativity.” During the COVID-19 pandemic, she has recorded two albums and a third one, a duet with Natsuki Tamura, is on the way.