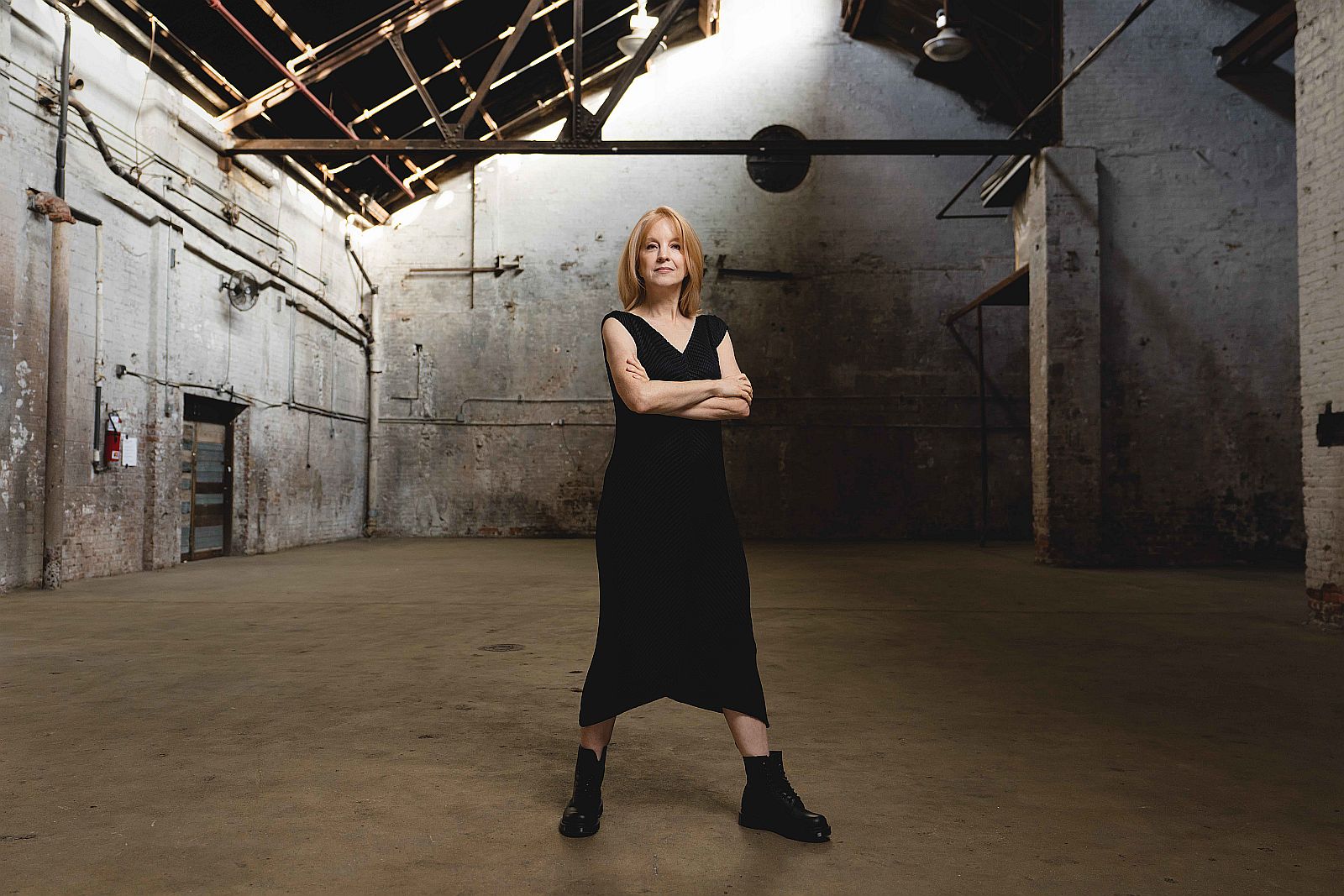 “I’m so grateful for both of these Grammys,” said Schneider. “This album has the indelible mark of every individual in the band — their unique sounds, phrasing, expression, and improvisations. I couldn’t be more grateful for these 18 musicians and for the fans that helped make this record possible. I know with these awards we are all especially thinking of our pianist Frank Kimbrough whom we lost this year. When they said on the Grammys that we’ve lost close to 1000 musicians in this last year, I was shocked. It’s a year of such tremendous loss for the music world and world at large.”

Schneider, who has now earned seven Grammy Awards to date, is among a small few to receive Grammys in multiple genres. In 2004, Concert in the Garden became historic as the first recording to win a Grammy with Internet-only sales. Even more significantly, it blazed the “crowd-funding” trail as ArtistShare’s first release, and was eventually inducted into the 2019 National Recording Registry. Schneider has continued to “fan-fund” her recordings and commissions ever since.

“Now it’s finally here, in the form of a magnificent double album, Data Lords. . . it parses into thematic halves, ‘The Digital World’ and, as an antidote, ‘The Natural World.’ On the whole and in the details, it amounts to the most daring work of Schneider’s career, which sets the bar imposingly high. This is music of extravagant mastery, and it comes imbued with a spirit of risk.” – Nate Chinen, NPR

“Beyond the dualism in its format, Data Lords is a work of holistic creativity. The music of outrage and critique in the first album has all the emotion and conceptual integrity that the music of melancholy and reverence does in the second. I can’t conceive of anyone else creating this music, unless Delius has been writing with Bowie on the other side.” – David Hajdu, The Nation

“Data Lords is a major piece of work….The message, the rancour, the sense of injustice are deeply embedded in every moment of the first album. And yet Schneider’s craft and judgment are such that music in the eerie, dystopian world has the marvellous feeling for structure, pacing and often sheer beauty that listeners who know Schneider’s music will be expecting….The second disc Our Natural World is a complete contrast. It is epic, glorious.” – Sebastian Scotney, TheArtsDesk.com

“Throughout, Schneider’s orchestral music reminds us of the virtuosity of her pen, the richness of her imagination and her extraordinary attention to instrumental detail.” – Howard Reich, Chicago Tribune

“Maria Schneider is the most brilliant big-band composer of our time, a master of stacked harmonies but also of propulsive rhythms, which she laces with stirring Americana or a Latin tinge… No one scores inner voices as rich as hers.”
– Fred Kaplan, Slate

“The prodigiously gifted composer, arranger, and bandleader Maria Schneider has a whole lot on her mind these days, and much of it has made its way into her impressive new double CD, Data Lords.… she exhibits a masterly control of bold and inventive tonal landscapes and subtler orchestral shadings.” – Steve Futterman, The New Yorker 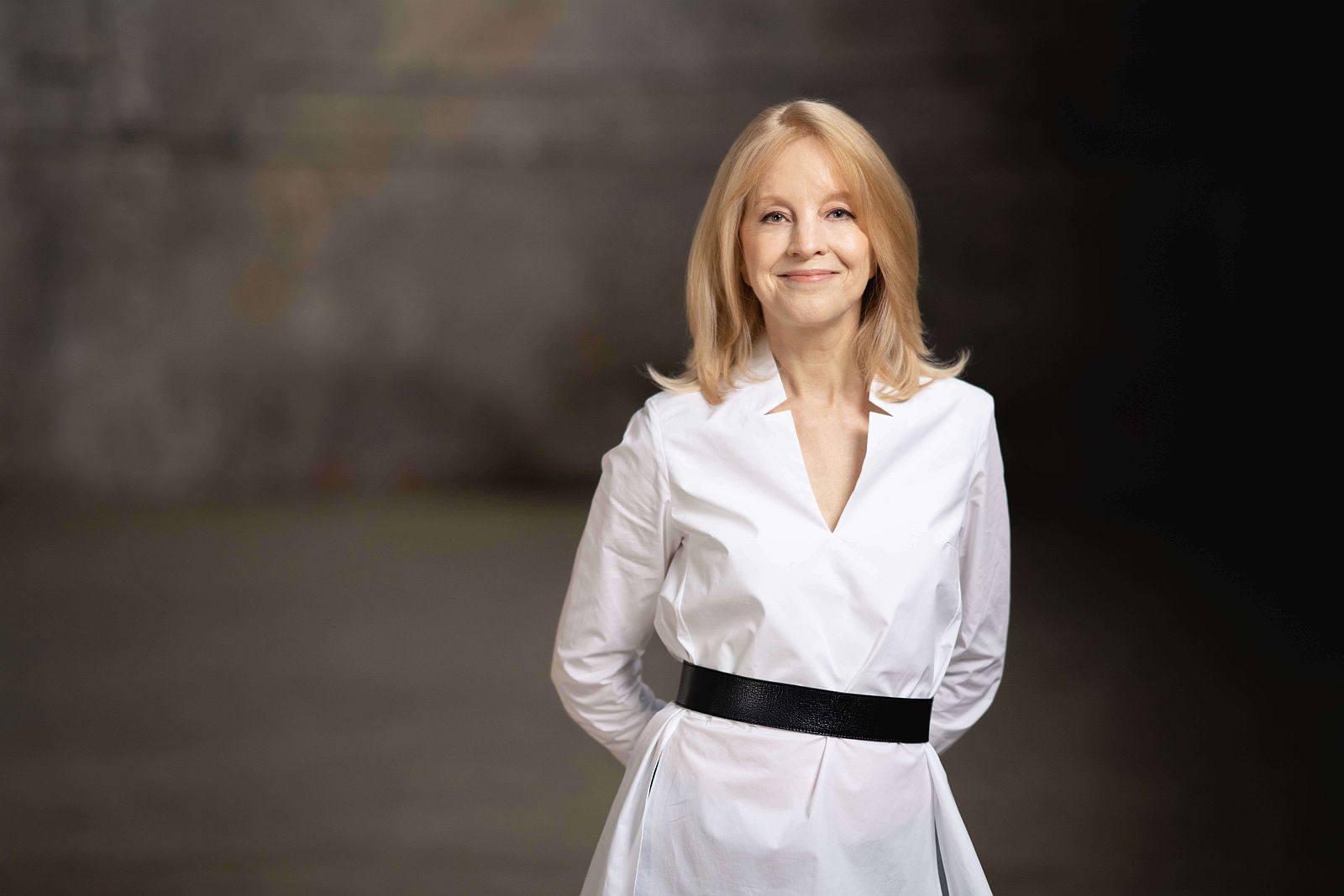 Maria Schneider’s music has been hailed by critics as evocative, majestic, magical, heart-stoppingly gorgeous, imaginative, revelatory, riveting, daring, and beyond categorization. Blurring the lines between genres, her varied commissioners stretch from Jazz at Lincoln Center, to The Saint Paul Chamber Orchestra, to the American Dance Festival, and include collaboration with David Bowie.

With her first recording Evanescence (1994), Schneider began developing her personal way of writing for her 18-member collective made up of many of the finest musicians in jazz today, tailoring her compositions to the uniquely creative voices of the group. They have performed at festivals and concert halls worldwide, and she herself has received numerous commissions and guest-conducting invites, working with over 90 groups in more than 30 countries.

A strong voice for music advocacy, Schneider has testified before the US Congressional Subcommittee on Intellectual Property on digital rights, has given commentary on CNN, participated in roundtables for the United States Copyright Office, has been quoted in numerous publications for her views on Spotify, Pandora, YouTube, Google, digital rights, and music piracy, and has written various white papers and articles on the digital economy as related to music and beyond. Musicians have been the canary in the coal mine,” Schneider says. “We were the first to be used and traded for data.

• 2015 – Best Arrangement, Instruments and Vocals – Sue (Or In a Season of Crime) Collaboration with David Bowie.

• 2004 – Best Large Jazz Ensemble Album – Concert in the Garden
Schneider made history with her first Grammy for Concert In the Garden, the first album with Internet-only sales to receive a Grammy. The album was released through ArtistShare, the first Internet-crowd-funding label/site in existence.  And significantly, Concert In the Garden was also the first “crowd-funded” album to win a Grammy, before the term “crowd-funding” was even invented.  At that time, ArtistShare had labeled it “fan-funding.” Schneider has continued to “fan-fund” her recordings and commissions ever since.