Pondering the existential crises that face humanity today – global climate catastrophe, poverty, hunger – can be overwhelming, especially when compounded with the more mundane trials we face every day. Social activism, despite its daunting challenges, is fundamentally an act of faith: faith in a better future and in our species’ capacity for positive change. On his inspiring new album, Da Fé, saxophonist and composer Dan Blake pays tribute to the spiritual leaders and political activists who’ve offered him hope while adding his own singular voice to the optimistic chorus of those crying out for solutions.

Da Fé is an outgrowth of Blake’s own activism. A practicing Buddhist since his college years, Blake has served since 2015 on the board of Buddhist Global Relief, an organization dedicated to combating chronic hunger and malnutrition around the world. He has also organized concerts to benefit other charitable organizations, including Extinction Rebellion, the Poor People’s Campaign and Show Up for Racial Justice. While he’s quick to downplay his own role in favor of those who dedicate their lives to activism, his music follows a socially conscious path blazed by the likes of Max Roach and Alice Coltrane before him.

“Climate catastrophe is an issue that I’ve been concerned about for a while,” says Blake, who credits moving to Mount Kisco, New York and raising his two young daughters as inspiration. “Moving away from the city provided some perspective and made me much more aware of nature in my day to day life. Becoming a parent was another causal factor in bringing more urgency to my own personal awareness of this issue. As humans, our relationship to nature can be so sympathetic, but then something like the California wildfires reminds us how our collective abuse of the natural world has become incredibly dangerous to our survival as a species.”

Da Fé translates to “of faith,” and stems from the phrase “auto da fé,” which refers to the burning of heretics during the Spanish Inquisition. While Blake changed the term to avoid direct reference to that historical context, he does see a connection in the fires blazing across millions of acres in California. “There’s a certain violence to this time that we’re in, as we seem to be sacrificing ourselves at the altar of commodities. But there’s still a possibility of realizing a better future that we can put our faith in. That’s where these activist organizations come in.”

To provide his music with the tension and urgency it required, Blake enlisted a remarkable cross-generational band. He initially recorded with a quartet featuring pianist/keyboardist Carmen Staaf, bassist Dmitry Ishenko, and veteran drummer Jeff Williams. The latter was a member of the pioneering world-jazz fusion band Lookout Farm led by Dave Liebman, one of Blake’s mentors in both music and activism. He then teamed with longtime collaborator Leo Genovese, with whom he worked in Esperanza Spalding’s band, to re-imagine the music in post-production via additional piano, synths and multiple saxophone lines.

“I wanted to take full advantage of the studio on this album,” Blake explains. “My model for that is Wayne Shorter’s work from the 1980s – his mid-period albums like Atlantis, Phantom Navigator or Joy Ryder, where he interacts with himself playing multiple parts to realize a bigger sonic landscape from the horn. I was envisioning a sax chorus through a reflective, hall of mirrors idea.”

Staaf opens the album solo with the prayer-like, through-composed “Prologue – A New Normal.” Unsettling, static-like electronics ultimately consume the meditative piece, suggesting the threats that lie ahead, especially if we continue to accept increasingly dangerous new normals. The modal “Cry of the East” evokes John Coltrane’s yearning work on soprano sax on a dedication to the plight of the Palestinian people and, as Blake says, “all the unseen, unheard souls whose suffering has been caused by the actions of Western powers and policies.”

The turbulent “Like Fish in Puddles” takes its title from a piece in the Atthakavagga, a collection of Buddhist poems. The piece’s desperation cries out for a shift in perspective; many of us, it suggests, believe we’re swimming in the ocean while we’re simply flapping around in our limited puddles, with limited time and resources to draw upon. Opening with a strident solo by the composer, “Pain” draws on both universal and personal strife, inspired by the recent loss of Blake’s father and grandmother. The dark-hued “The Grifter” hardly needs much explanation, given the looming con-man presence who’s preoccupied our thoughts in recent years.

Blake particularly enjoys exploring vamps with Williams, as they do on “The Cliff,” whose rhythmic complexities feel like striding uncertainly along the edge of a jagged precipice. “Doctor Armchair” is a satirical look at the tendency towards offering unearned “expertise” as a solution to every issue – not strictly medical, though the notion has taken on additional weight in the midst of a contentious pandemic. Genovese’s cosmic synths layer on the hypnotic atmospherics for the title track, before the album ends with the meditative coda “Epilogue: It Heals Itself” – a suggestion not to ignore problems, but to pause a moment in our frantic activities to allow healing to begin.

“I’m very inspired by the ideal of compassionate action,” Blake says. “Activism is very important to my musical creativity, and is the impetus for this album. I believe musicians and artists can play a powerful role in these dangerous and urgent times by awakening a compassionate vibration in others, one that can spur action. I also believe artists like myself have a lot to learn from the dedicated activism and leadership of others who sacrifice so much to do the good work that must be done to wrest power from corrupt politicians and place it into the gentle and loving hands of the people.” 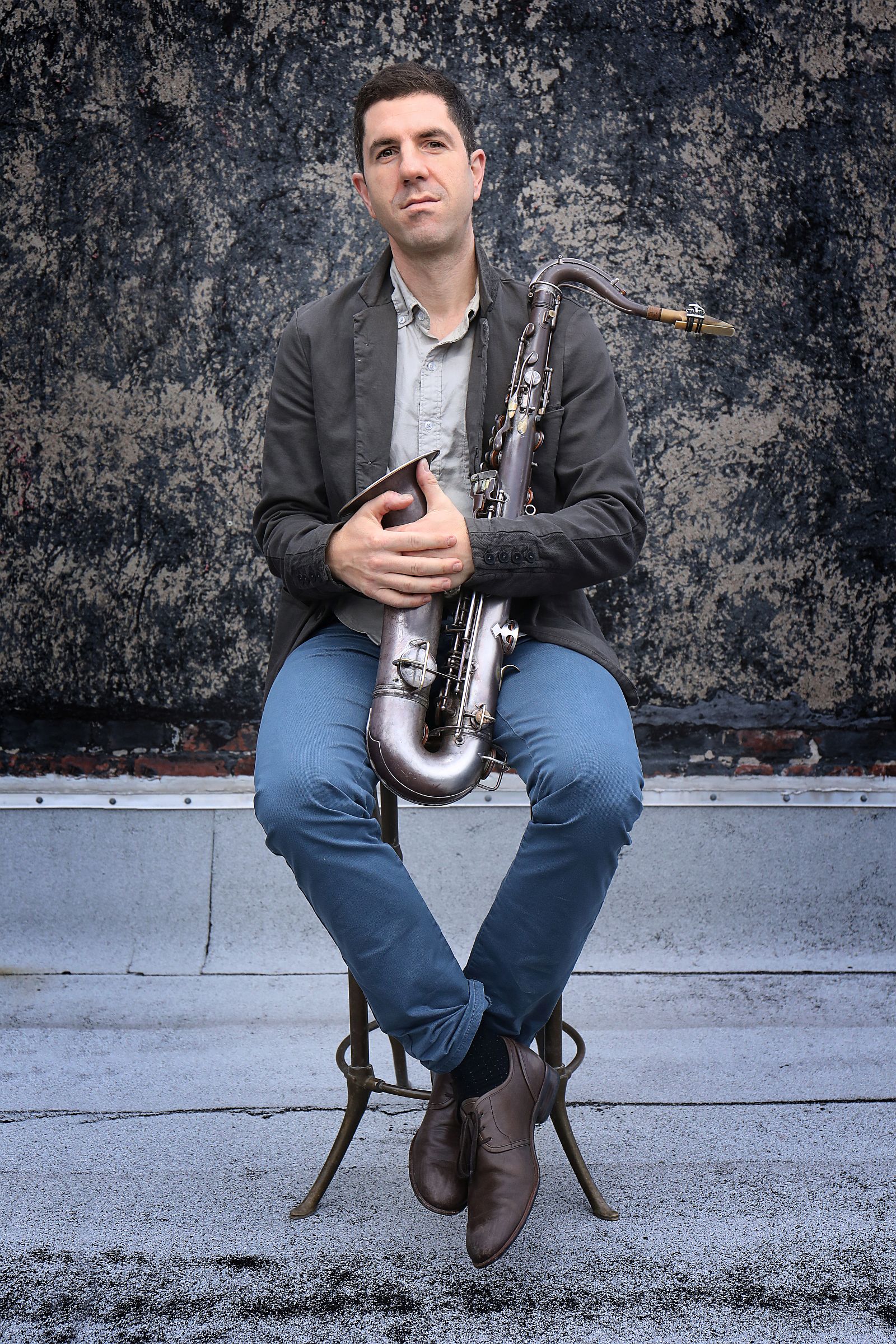 Dan Blake
Multi-instrumentalist and composer Dan Blake has developed a wide-ranging career as a contemporary composer, performer and educator that “regards tradition as a welcoming playground best approached with a sense of wonder and adventure” (The Boston Globe). Blake’s music has been called “stunning” (All About Jazz), and his most recent release, The Digging, was described as “a creative essay on what can be done in the trio format” (Ottawa Citizen). In addition to his work as a leader, he has toured and recorded with three-time Grammy winner Esperanza Spalding, NEA Jazz Master Anthony Braxton, and Velvet Underground founding member John Cale, among many others. In his extended multi-disciplinary compositions, Blake weaves together his interests in world music, contemporary improvisation, animation, and performance art. This genre-bending catalog of works has earned him support from the Jerome Fund for New Music, ASCAP, and New Music USA. A musician keenly interested in bringing music together with social justice causes, Dan Blake produces the annual Concert To Feed The Hungry, a fundraising event celebrating the struggle to end hunger and malnutrition in poor communities around the world. He holds a Ph.D. in composition from the City University of New York and is currently on faculty at the New School for Social Research, and at the Conservatory at Brooklyn College.