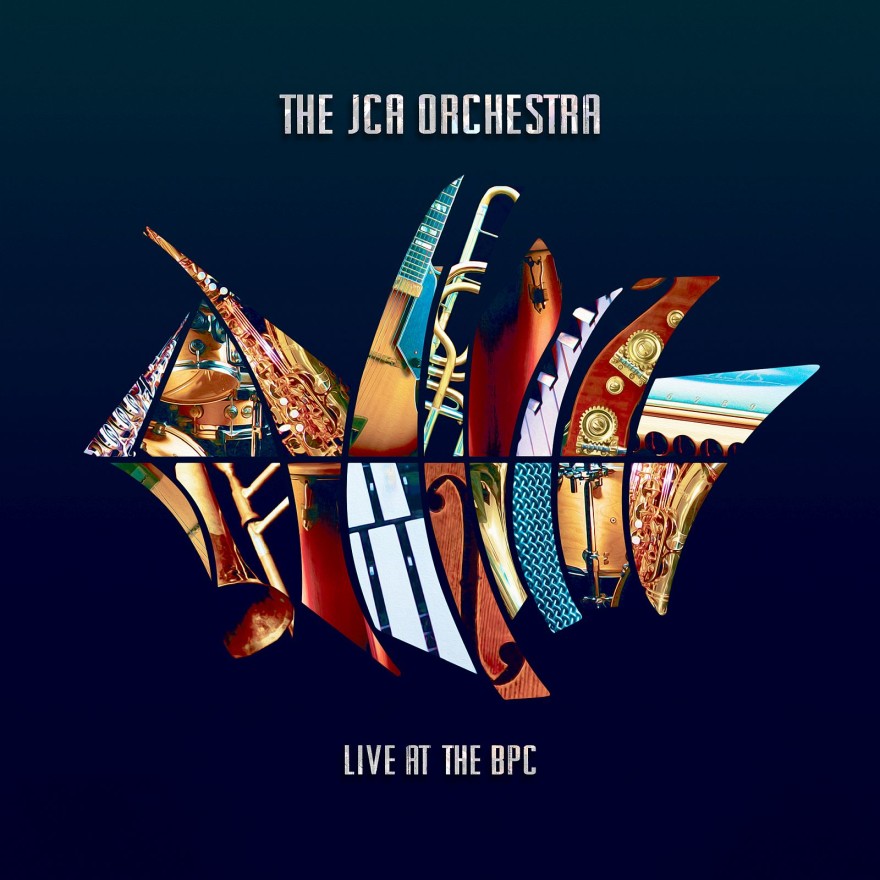 “This is music for mind and soul.” —Montreal Gazette

“… the JCAO seamlessly moved from composition to improvisation, chordal improvisation to free extemporization, wide-open structure to well-ordered chaos. The music was daring but incredibly disciplined. Even in their wildest abandon, every musician demonstrated self-control in the service of expression and musical goals larger than themselves.” – Aesthetic, Not Anesthetic

Since 1985, the Boston-based Jazz Composers Alliance has presented creative, cutting-edge work by member composers both in concert and on recordings. On Friday, November 6 the group releases its genre-bending eleventh album – The JCA Orchestra Live at the BPC – showcasing four master jazz composers working at the top of their game: David Harris, Darrell Katz, Bob Pilkington and Mimi Rabson.

Composer-violinist Mimi Rabson’s “Romanople” unfolds against a sprawling historical backdrop, but it’s a disciplined, tightly constructed and emotionally rich work. The piece alludes to a time when the Roman Empire had two capitals—Rome and Constantinople—that had little in common culturally. A modest but tuneful, odd-metered folk song from the Turkish metropolis makes its initial appearance then travels to Rome where it’s transformed by a brass band and then subjected to the horrors of war. But the melody endures and dances off, a sign of hope for the future. Helen Sherrah-Davies’ folk-tinged violin, a celebratory Phil Scarff on clarinet, and Junko Fujiwara’s mournful cello solo highlight a composition in which a melody, set off and transformed by the orchestration, provides strong continuity in the midst of change.

Composer-trombonist Bob Pilkington’s “The Sixth Snake” began life in a dramatically different form as an assignment from one of his teachers, composer-trombonist Bob Brookmeyer. It was a rather dissonant piece based on a number sequence. Several years later Pilkington wondered if he could take the number sequence in the opposite direction and come up with a completely new, consonant piece. “I like to play around with ideas and build a piece,” Pilkington says. “I’m a noodler by nature.” Of course, he takes his “noodled” ideas and shapes them into a compelling, finished composition. This piece, commemorating his 60th birthday, is shot through with changing tone colors and textures, moody melodies, and highlighted by a celebratory trombone solo from the composer. It’s varied and complex, but each new development sounds logical and organic.

David Harris’ infectiously grooving cultural mash up, “The Latest,” proposes a melding of the McCoy Tyner big band that recorded Fly with the Wind with traditional Thai music. “There’s no traditional melody in the composition, which is built using a pentatonic scale,” Harris explains. “But I liked the way Thai music develops by taking a repeated melody and adding new phrases and textures to it. That’s how I developed my piece.” Baritone saxophonist Melanie Howell Brooks and guitarist Norm Zocher keep the excitement and momentum going in their solos.

Harris’ other contribution to the album, “Yellow, Orange, Blue,” is quite different. Using a combination of notation and unwritten gestures and cues, Harris and the orchestra shape a performance of the three-part composition that’s unique to the moment. There are multiple textures, dissonance and consonance, groove, and directed group improvisations, much of it organized and created spontaneously by Harris and the band. “It’s real improvisation on a group scale,” Harris says, “and I just think it’s thrilling, even better than taking a solo as an individual.”

Katz reworks his setting of poet Paula Tatarunis’ “A Wallflower in the Amazon,” the title track of his 2010 JCAO album, to accommodate additional strings in the concert orchestra. The poem, evoking a bookish, but intrepid, narrator’s trip to a rain-forest, is wry, modest, and full of wonder, and Katz’s prowess at composing for voice brings out all the nuances of the language. “I am always trying to make the melody and words be unified,” Katz says. “I am very much trying to put the poetry across, always looking for what seems like a good fit. I really want the listener to pay attention to the words, and I want the music to help them.” The composition also opens up to provide a setting for several of the band’s stellar soloists, including Jerry Sabatini’s sparkling trumpet and strong statements from saxophonists Lihi Haruvi, Phil Scarff and Rick Stone. Singer Rebecca Shrimpton not only interprets Katz’s score and Tatarunis’ words vividly, but also improvises her own melody to the words in a free improvisation section near the end of the piece.

The album concludes on an up note with “Super Eyes-Private Heroes,” Rabson’s tribute to the sound tracks of espionage and super-hero movies. Think James Bond films or The Incredibles, she says, singling out a couple of her genre favorites. Soloists Melanie Howell Brooks, Helen Sherrah-Davies, and David Harris are the heroes who swoop in to save the day. It’s a fun, bright composition in keeping with its pop culture inspirations, but Rabson’s use of contrast, texture, and a unifying melodic thread indicate her artistic control of the material.

“Recording live is really different than recording in the studio,” Katz says. “There’s a more focused energy and a sense of urgency, and a real feeling of a community working together, and on that night, from the audience. There’s no chance to go back and correct mistakes, everything is in the moment, but it’s really about the excitement of being on stage.”