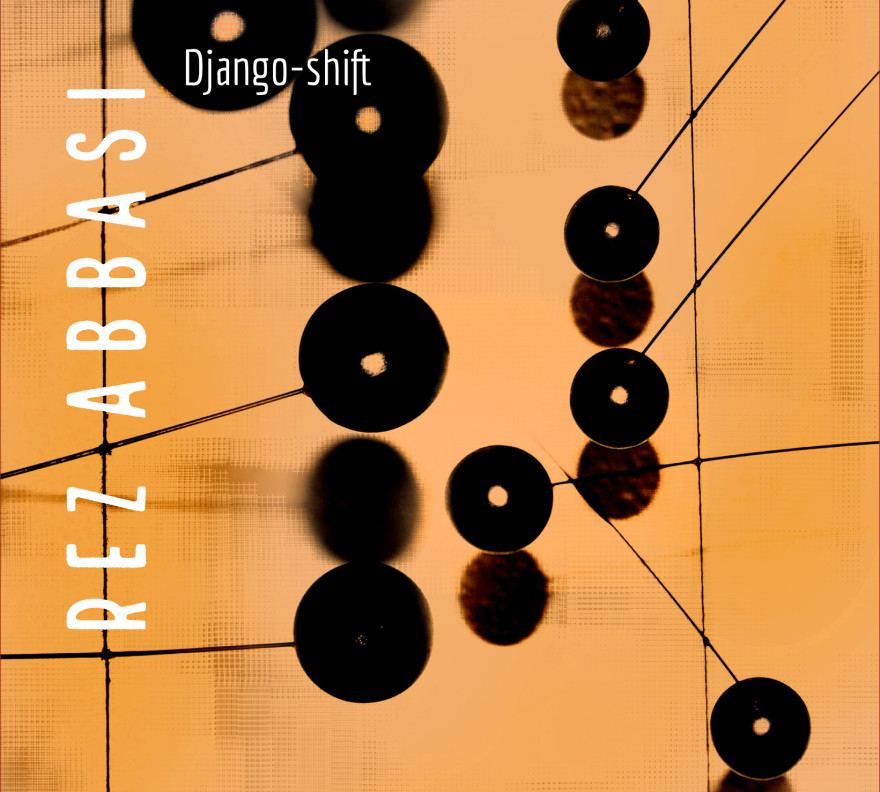 “On Django-shift, guitarist and composer Rez Abbasi deconstructs two separate traditions simultaneously: the music of 1930s Gypsy swing icon Django Reinhardt, and the 1960s organ trio…. Abbasi’s take on Reinhardt’s compositions is neither driving swing nor funk – instead, it’s played in his own now well established style, which is complex, knotty, chromatic, and timbrally unique (note his extensive use of the fretless guitar)…. challenging and rewarding.” – Rick Anderson, CD Hotlist

“Abbasi is living, breathing proof that jazz music can be as vital and boundary-pushing as ever.” – AllAboutJazz.com.

Rez Abbasi has established an enviable reputation over the course of fifteen albums as leader and years of touring internationally: not simply as one of the finest guitarists of his generation, but also as a musical alchemist with the ability to parlay his continent-crossing range of influences into consistently fresh and innovative compositions and reframings of the tradition. His deep musicality has been applied with equal conviction to contemporary New York acoustic jazz, the Qawwali and Indian Classical traditions of South Asia and the heady fusion sounds of the 1970s, each time applying the filter of his own musical personality to deliver inimitable results.

Commissioned in 2019 to present a project on Django Reinhardt by the Freight & Salvage’s Django Festival in California, Abbasi boldly redefined his engagement by turning the focus away from Django, the codifier of the Sinti guitar vocabulary, and onto Django, the composer.  After intently listening to Django’s full catalog of music, Abbasi chose seven of his original pieces and two classic tunes closely associated with Django. With the Django-shift repertoire in place, Abbasi arranged the pieces for a contemporary trio featuring Neil Alexander on organ and electronics and Michael Sarin on drums. The results offer a fascinating and unique insight into an often overlooked aspect of Django’s genius.

The arrangements keep Django’s melodies intact while infusing each piece with Abbasi’s compositional voice, adding elements of metric and harmonic expansion and allowing his collaborators room to add their own personalities to the mix. “Neil tells a story when he improvises – he has a storehouse of musical knowledge but never just plays licks, which has always been central in my own approach to improvising. I’ve been playing with Michael for 25 years and he remains one of my favorite drummers. Both are very creative in how they sustain yet depart from various musical traditions, which is what it’s all about for me.”

“Diminishing” is couched in a 6/8 feel and viewed through the lens of Abbasi’s profound engagement with another great jazz composer, Thelonious Monk. “When I was working on Django-shift I was also immersed in Robin Kelley’s comprehensive book on Thelonious Monk. It influenced me in surprising ways and I started hearing connections in their compositions. There’s a joy and bounce within both their styles so I approached arranging a few of Django’s tunes with Monk in mind.”  For “Swing 42” Abbasi created an opaque bass line in a 7 beat cycle as a counterpoint to the more direct melody before positioning the band towards a freer section for the solos, climaxing in a rhythmic contraction inspired by Carnatic music. “Heavy Artillery” has a folk-like chordal guitar intro before moving into the solid blues-tinged main theme, while “Django’s Castle” is enlivened by altered harmony and the characterful voices of Abbasi’s otherworldly fret less guitar and Alexander’s scintillating synth solo. “Anniversary Song,” a favorite of Django’s, is reworked with a contemporary breakdown and a natural-sounding odd-meter groove:  “I wanted to capture the forward momentum of classic swing,” says Abbasi, “but without depending on a straight four-to-the-floor feel.” The band delivers “Cavalerie” with a deceptively simple mid-tempo reading, though Abbasi adds his own personality through subtle rhythmic and harmonic extensions, while the normally up-tempo “Douce Ambiance” unfolds beautifully as a newly arranged ballad. “Hungaria” reveals the playful nature of the band’s approach with camouflaged metrical shifts, rousing, joyful solo trades, and an impressive feature for Sarin. Kurt Weill’s  “September Song” is transformed into a textural duo on fret less guitar and organ with the subtlest of rubatos for a memorable sign-off. 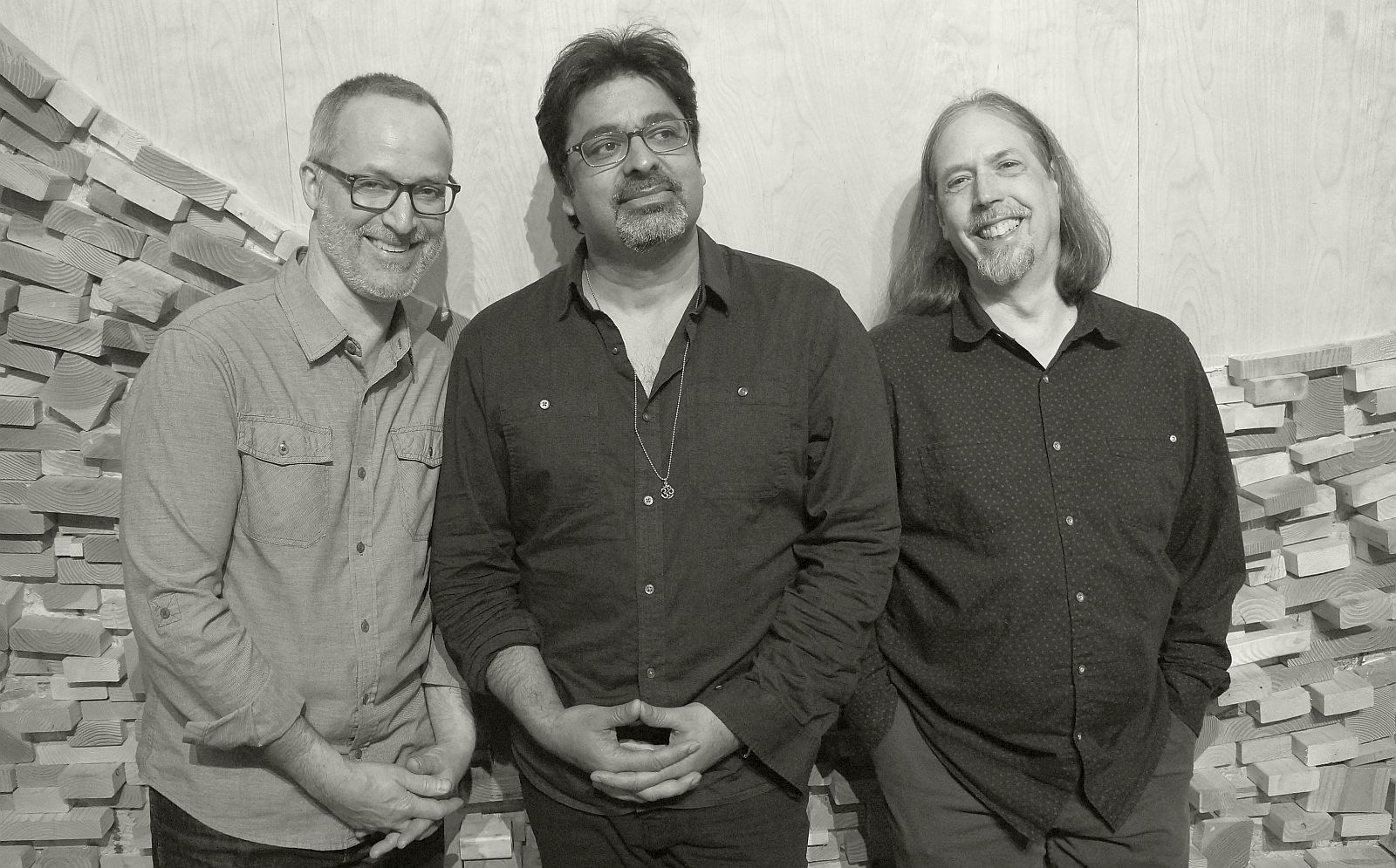 By radically re-contextualizing these compositions, Abbasi has taken his own journey into the essence of Django’s music. “One of the stronger feelings I get from Django’s music is euphoria, and I resonate deeply with that, but I also enjoy the darker phenomena of music – both sides of the coin! I didn’t realize how prolific a composer Django was until working on this recording because the focus has always been on his heroic playing. I hope Django-shift introduces this aspect of his genius to a broader audience that may also have been hypnotized by his playing.” These unique interpretations, alive with imaginative compositional interpolations and inspired improvisations, reframe Django’s timeless music for the modern age. 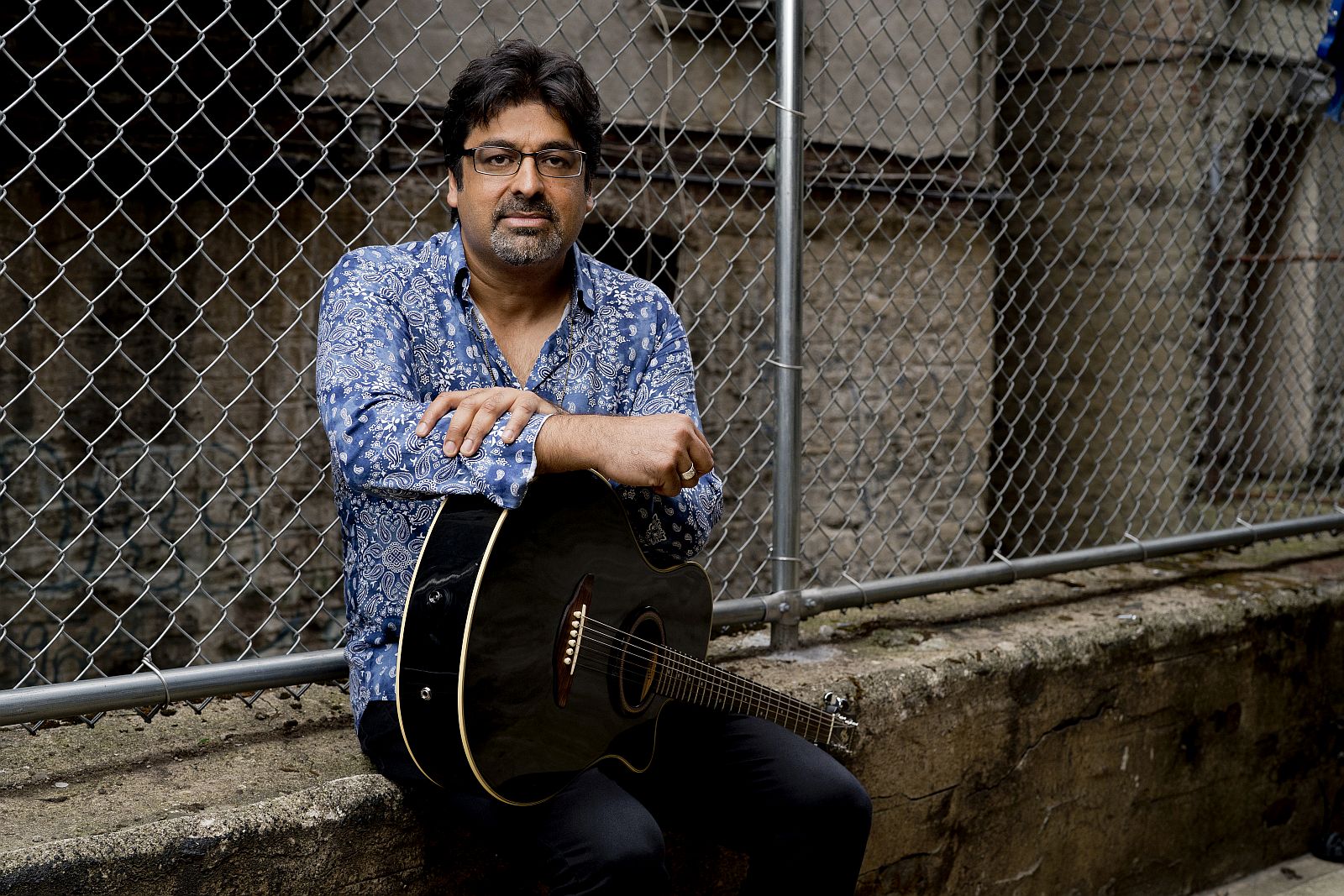 Guitarist and composer Rez Abbasi is among a rare breed of artists that continue to push boundaries while preserving the traditions he has embraced. Consistently placing on DownBeat’s International Critics Poll alongside luminaries Bill Frisell and Pat Metheny since 2014, Abbasi continues to forge new ground with his many multi-dimensional projects.

Born in Karachi, Pakistan, migrating to the vastness of Southern California at the age of four, schooled at the University of Southern California and the Manhattan School of Music in jazz and classical music, and undertaking a pilgrimage in India under the guidance of master percussionist Ustad Alla Rakha, Abbasi is a vivid synthesis of many influences. Making New York home for the past 25 years, he has developed a singular sound both as a composer and an instrumentalist.

Among Abbasi’s recent projects is a commission by the New York Guitar Festival to create and perform a live score to the 1929 silent film A Throw of Dice. His Silent Ensemble recorded the score and released the album in 2019. He also received two highly coveted composition grants from Chamber Music America in order to complete a trilogy of albums with his acclaimed ensemble, Invocation.