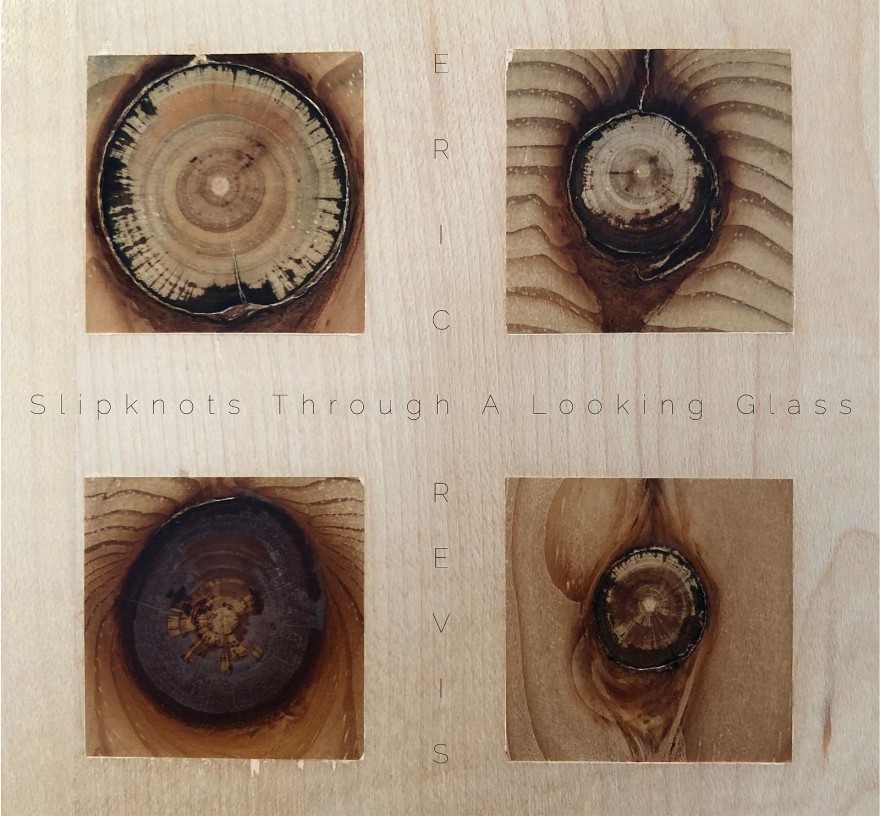 The opening track, ‘Baby Renfroe,’ suggests James Brown funk as refracted through a dichroic prism…. It’s a good first taste of the album, in that it conveys a certain in-betweenness: the band sounds tight but open, calm but spring-coiled.” – Nate Chinen, WBGO’s “Take Five”

” A Basist with a strong rhythmic compass and a stout, beefy tone” — The New York Times

A highly skilled master of sound and sense, GRAMMY award-winning bassist and composer Eric Revis has crafted his artistic legacy around asking the same question again and again: Why not? Experimenting remains integral to his expression. Over the years, the critically-acclaimed artist’s willingness to traverse the unknown has prompted collaborative partnerships with Branford Marsalis, Nasheet Waits, Kris Davis, Peter Brötzmann and Jason Moran.

Heralded by critics as “powerful,” “raw” and “fierce,” Revis’ playing frequently becomes mis-characterized by way of omission. While he plays and composes with master-level intensity, the intrinsic vulnerability present in any form of experimenting — and deeply present in Revis’ artistry — rarely yields recognition among music writers. “I don’t mind those kinds of descriptions or monikers,” he says, “but not when it’s at the negation of everything else. There may be an air of robustness around my music, but there is a lot of sensitivity and intellectual content.”

“The band is kind of an amalgam of groups I’ve previously recorded with,” says Revis, who sought to combine the energies of various project iterations on a single record. Much of the album’s music — primed for inquiry and collaborative input — emerged during several weeks of solitude. Through a partnership with The Jazz Gallery, the LA native received a 2017 grant from The Rockefeller Foundation to spend some time at the Kykuit estate in Pocantino Hills, NY. Two compositions from that retreat found their way on to Marsalis’ 2019 GRAMMY-nominated recording The Secret Between the Shadow and the Soul. Revis sought to interpret the remaining music through a range of treatments — both scripted and spontaneous — on Slipknots Through a Looking Glass, an album that exposes the full flower of his conceptualism. Master producer Ron St. Germain serves as production and mixing engineer for the recording – an instrumental force in the development of its character, at once sprawling and intimate.

Beginning as a developing conversation between Revis and Taylor, “House of Leaves” represents a conceptual flex for Revis as a composer. The track centers around textural shapes — each, according to Revis, its own island. Exploiting space, the artists leave one island and reenter “nothingness” before traveling to the next. “It was interesting to see how the band could collectively navigate these islands,” says Revis. “Without giving it over to the musicians entirely, the process was more, ‘I have this sparse idea; let’s develop it into this next sparse idea, and then go on from there.’”

Rendered as a “visceral approach to melody,” according to Revis, “Vimen” serves the artist’s appetite for exploring energies that surround the music — and the session — thoroughly and critically. “I wanted more emphasis on the energy than on exact notes or notation,” he says. He asked his collaborators to approach title track “SpÆ” with similar controlled spontaneity. “We kind of deconstructed the composition,” says Revis. The trio tune features Davis on prepared piano and Taylor on mbira. “We just played,” he says.

Incorporating three separate takes, the track features crossfades leading from one take to the next. “It’s almost like if you had people speaking in three separate rooms, and then you put them together — all of a sudden you have this great conversation that, even though it was intended to be about disparate things, really makes a whole lot of sense.”

An artist fascinated by the surrealist movement, Revis keeps a digital journal of images and concepts flashing before him so that he might one day use them in his music. “The image of slipknots through a looking glass came up and I thought, ‘Wow — this is really cool.’” Immediately he connected his own artistry to the image’s inherent symbolism: the slipknot’s ephemeral nature further complicated by its reflection through the looking glass — was it even there to begin with, and where does it go when it disappears? “All those ideas are very, very much a part of this record,” he says. “The idea of a journey — although it wasn’t something that I set out to do, it’s a theme that runs through all of this record.”

How listeners might interpret his music matters less to Revis than the act of composing and recording it. “We can hear things and say, ‘Wow, I feel a certain foreboding quality about this,’ and the next person says, ‘Wow, this is such a happy song,’ or for example, Tchaikovsky being able to evoke all this emotional gravitas and almost melancholy — out of major chords! He’s able to exact pathos from major chords.”

“Hopefully, it’ll be heard,” he says. “When somebody really doesn’t like something, I think that’s incredibly honest and beneficial. If [my music] truly evokes real happiness, that is absolutely beautiful. But if it makes you uncomfortable, that’s a real emotion. And to have something do that — I think that that’s amazing.” 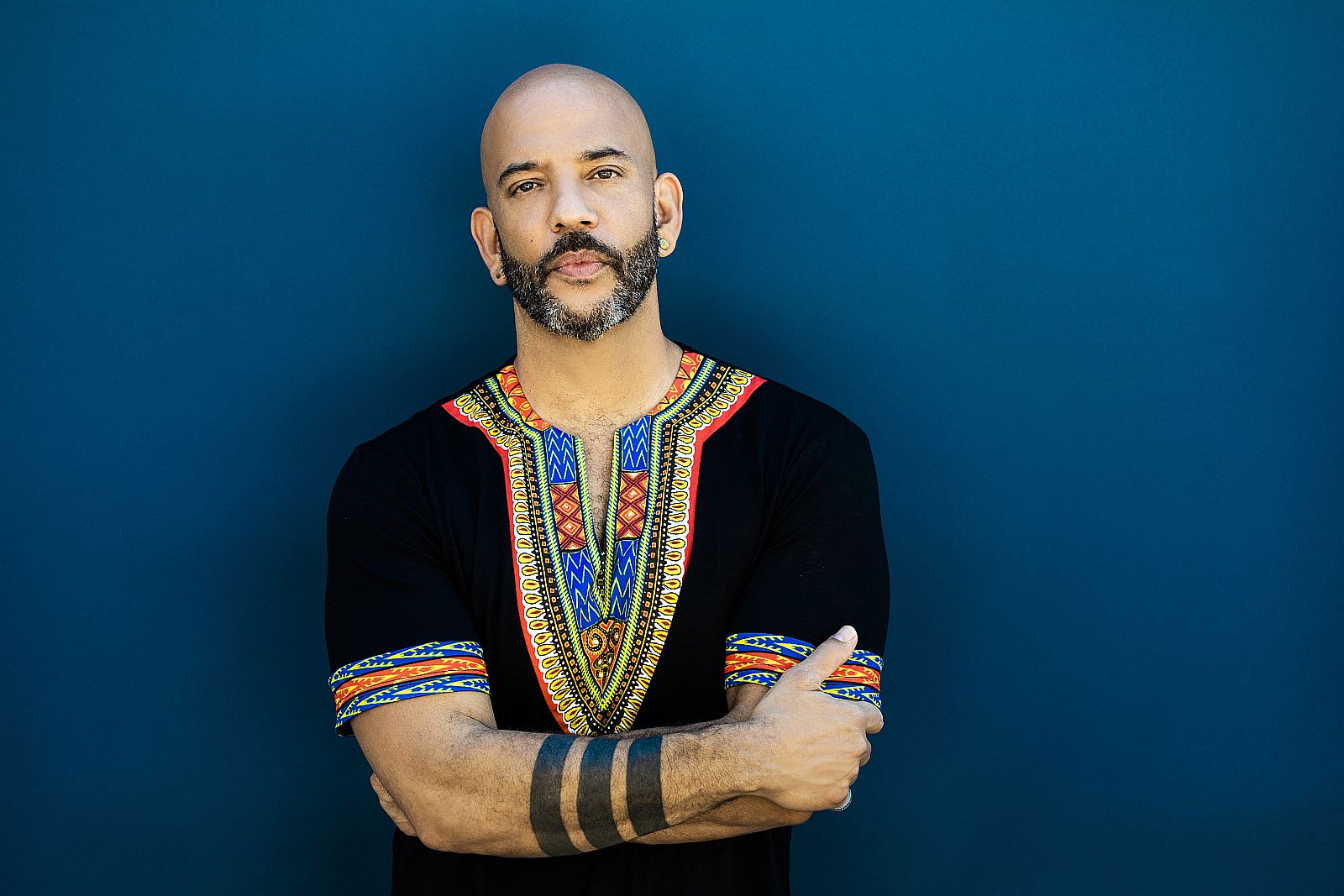 Eric Revis is an award-winning bass player, composer and band leader. In addition to releasing a range of solo- and co-led records throughout his career, he has been an integral part of Branford Marsalis’ quartet since 1997 and has enjoyed creative associations with some of the music’s most unfiltered talents, including Andrew Cyrille, Kurt Rosenwinkel, Jason Moran and Betty Carter. Revis has enjoyed residencies and recurring performances at The Jazz Gallery in New York and The Blue Whale in Los Angeles, and currently tours internationally with his own projects.