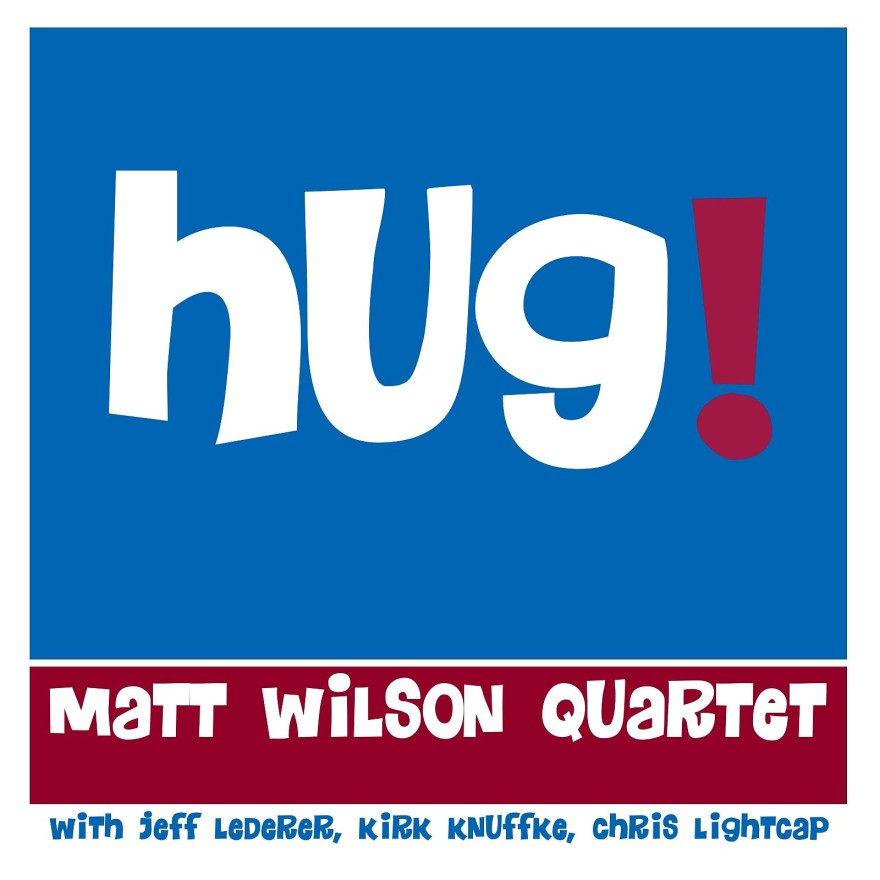 “Between the plague and politics, 2020 seems like a good year, if you tote a pitchfork and walk on cloven hoofs.  The rest of us could use some lifting up, and no one’s better suited to that job than Matt Wilson.” – Bill Meyer, DownBeat

A new Matt Wilson album isn’t so much a snapshot capturing the drummer at a particular moment in time. Rather, his recordings are more like a musical family tree, vividly illustrating the web of relationships that manifest in his music. A creative force since the 1980s, he embodies a verdant and radically unbounded aesthetic, and Hug embraces some of his deepest nourishing roots. Featuring Wilson’s long-running quartet with saxophonist Jeff Lederer, cornetist Kirk Knuffke and bassist Chris Lightcap, Hug documents one of jazz’s most potent and expressive working bands exploring a typically far-flung Wilsonian program.

“We’ve worked together so much and Hug really represents the value of keeping the same people in a band and that great sharing that happens in the group,” Wilson says. “The band is the template more than the material. Hug is about what four people can do with new music or a tune by Dewey Redman or Abdullah Ibrahim. Jeff, Kirk and Chris have all been in the group so long they’ve really evolved and grown into such identifiable musical characters.”

Wilson’s last album, Honey and Salt: Music Inspired by the Poetry of Carl Sandburg (Palmetto), was widely hailed as one of the year’s best releases.  The Jazz Journalist Association named it their 2018 Record of the Year and Wilson was also the JJA’s Musician of the Year. Hug is a very different kind of project, though the eclectic array of material is united by the quartet’s rough-and-tumble approach to any and every tune. It’s a thrilling ride as these consummate improvisers pull and push each other through a disparate set of tunes. As if fending off the title’s suggestion of sentimental affection, Hug opens with Gene Ammons’ pugilistic tenor battle blues “The One Before This,” a piece that often featured prominently in his heavyweight bouts with Sonny Stitt. Swaggering and a little punch drunk, the quartet’s take is more a full-team workout than a bout of instrumental fisticuffs, which each player getting a turn to strut around the ring. The jagged phrasing and off-kilter harmonic choices exemplify the quartet’s border-less inside/out sensibility.

If the Ammons piece sounds tough and contentious, Abdullah Ibrahim’s “Jabulani” is a celebratory romp with an irresistible South African bounce. Introduced in 1968 by Ibrahim’s international quintet with saxophonists John Tchicai and Gato Barbieri, it’s an ideal vehicle for the quartet, which digs into the groove with such joyous commitment they sound ready to levitate. “It’s such a great tune, so joyous and swinging like crazy,” Wilson says. “It’s a free bop feel that’s very different than Ornette’s sound. I love paying homage to that era of improvisers. I had a chance to play with Tchicai several times, the last time he sat in with Sifter, the trio with Kirk and Mary Halvorson. Repertoire is so important in defining who you are and where you come from musically.”

Wilson learned Charlie Haden’s “In the Moment” while making Charlie & Paul with guitarist Steve Cardenas, a record focusing on tunes by Haden and Paul Motian. Introduced on the first Quartet West album, it’s an uncharacteristically fleet Haden piece and Wilson’s arrangement emphasizes its linear, headlong momentum. “It’s not one of the ballads that Charlie wrote so beautifully,” he says. “What’s really interesting is that it actually sounds very Paul Motian-like. I played with Charlie for a long time and I wanted to recognize that spirit. He was so important and special to me.” 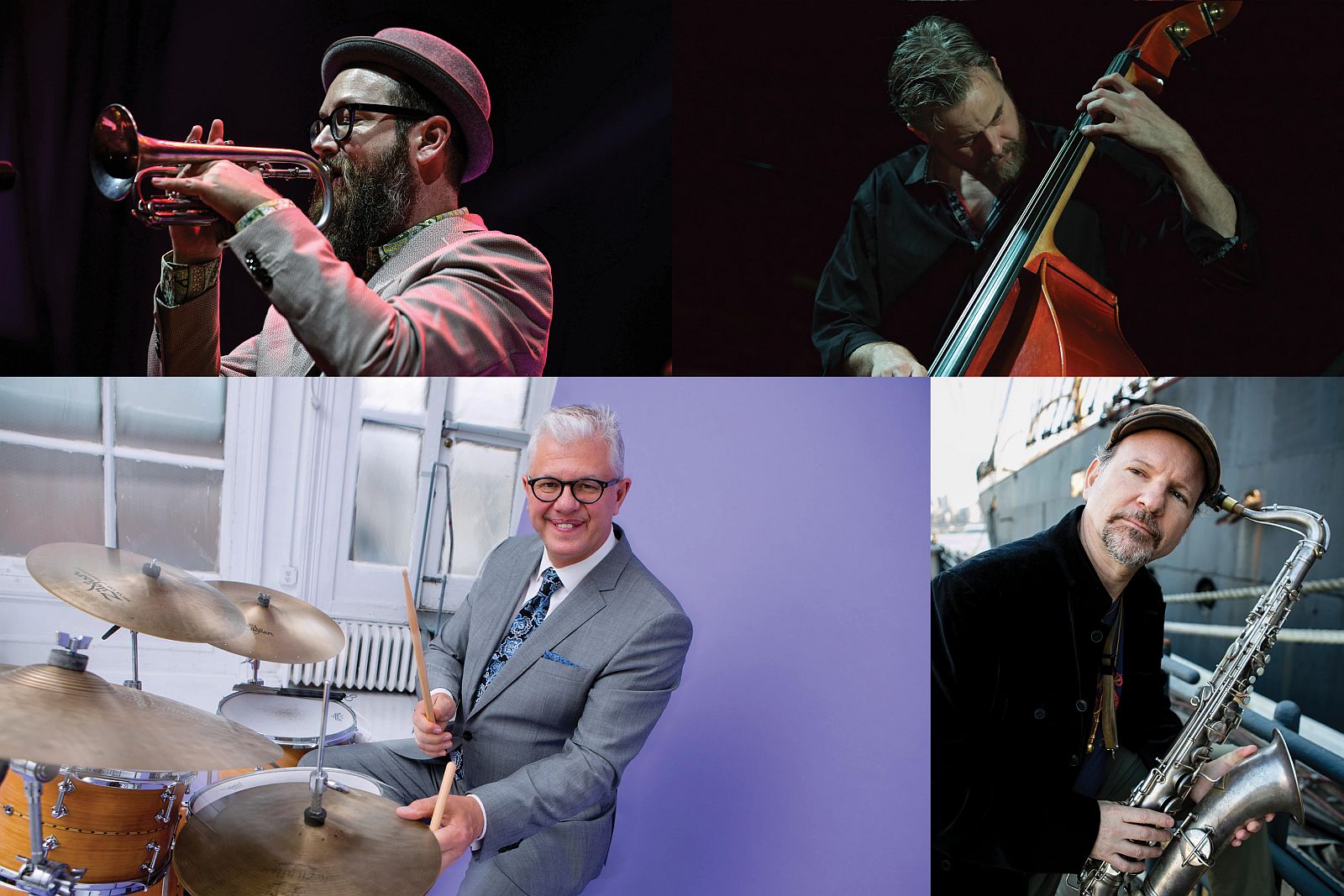 Wilson offers a similarly revelatory glimpse at the music of another jazz giant he played with for years on Dewey Redman’s “Joie De Vivre,” a piece that feels like a forgotten song from a Harry Warren soundtrack. Introduced on Redman’s 1975 Impulse! album Coincide with bassist Sirone and drummer Eddie Moore, the tune gets a fleshed out arrangement that circles back to the bridge for a neat conclusion. “Dewey had so many facets to him,” Wilson says. “He always urged me to express my full range and that’s one reason I’m not afraid to show all my sides.”

Indeed, the album’s biggest surprise is a concisely reverent arrangement of Roger Miller’s 1965 chart-topping country hit “King of the Road” featuring some sweet Lederer clarinet and Wilson’s exquisite brush work. The song, like all of Miller’s hits, is a totem from childhood that’s kept him company all these years. “I’ve probably listened to Roger Miller’s Greatest Hits more than any other record,” Wilson says. “It’s my roots and that’s why I like swing. There’s this great 2 feel at the top with the finger snaps. Swing is in every kind of American music, and this is an important part of my story.”

Wilson supplies the album’s sumptuous ballad himself with “Every Day With You,” a love song that gathers force and intensity without gaining speed or volume. It’s a master class in the power of simplicity, with each note shaped for maximum impact. From the sublime to the ridiculous, he also offers an ideal theme for the U.S. Space Force. With the president’s announcement about the creation of the newest branch of the U.S. military, Wilson snapped to attention and created “Space Force / Interplanetary Music,” a caustic march that samples Trump’s speech while weaving his bombastic words into a medley with a piece by a true interstellar denizen, Sun Ra “who’s also an important part of my story,” Wilson says. “Putting those two tunes together puts some joy into the other half, which desperately needs it.”

A resourceful composer with a flamboyantly fecund imagination, Wilson brings some of the most memorable tunes to the album. The brief and boisterous “Sunny & Share” filters the 1960s pop hits “The Beat Goes On” and “I Got You Babe” through an Ornettified lens, a sonic impression amplified by Lederer’s screaming alto. It’s a heartfelt tribute without a drop of irony. “I’m a huge Cher fan, and I came up with The Sonny & Cher Show,” Wilson says.

He’s arranged the album’s ingratiating title tune for a number of settings, and the version here, with lithe strings that accentuate the optimistic, ear-wormy theme, feels like a companion piece to Hugh Masekela’s “Grazing In the Grass.” A delirious piece of jazz minimalism, “Man Bun” runs a brief phrase through a dizzying rhythmic matrix. Wilson closes the album with the gorgeous theme “Hambe Kahle (Be Well),” a piece he wrote inspired by a trip to South Africa with reed maestro Ken Peplowski. On a visit to a township they heard some excellent local musicians “playing all these vamp songs with that very special sound,” he recalls. “That sound was in my head when I got back. I like to have a nice closer for a night or a set and I’m looking forward to playing it a lot more.”

Each member of the quartet is a major figure in his own right. Lederer is a composer, educator and multifariously creative player whose Brooklyn-based record label Little (i) Music has released albums by a disparate array of overlapping ensembles, including Shakers n’ Bakers (with vocalists Mary LaRose and Miles Griffith, Jamie Saft, Chris Lightcap and Allison Miller), Swing N’ Dix (with Knuffke, Wilson and Bob Stewart), the Brooklyn Blowhards (with Knuffke, Wilson, Mary LaRose, Allison Miller, Petr Cancura, Brian Drye, Art Bailey, Gary Lucas, and Stephen LaRose) and the Honey Ear Trio (with Rene Hart and Allison Miller). 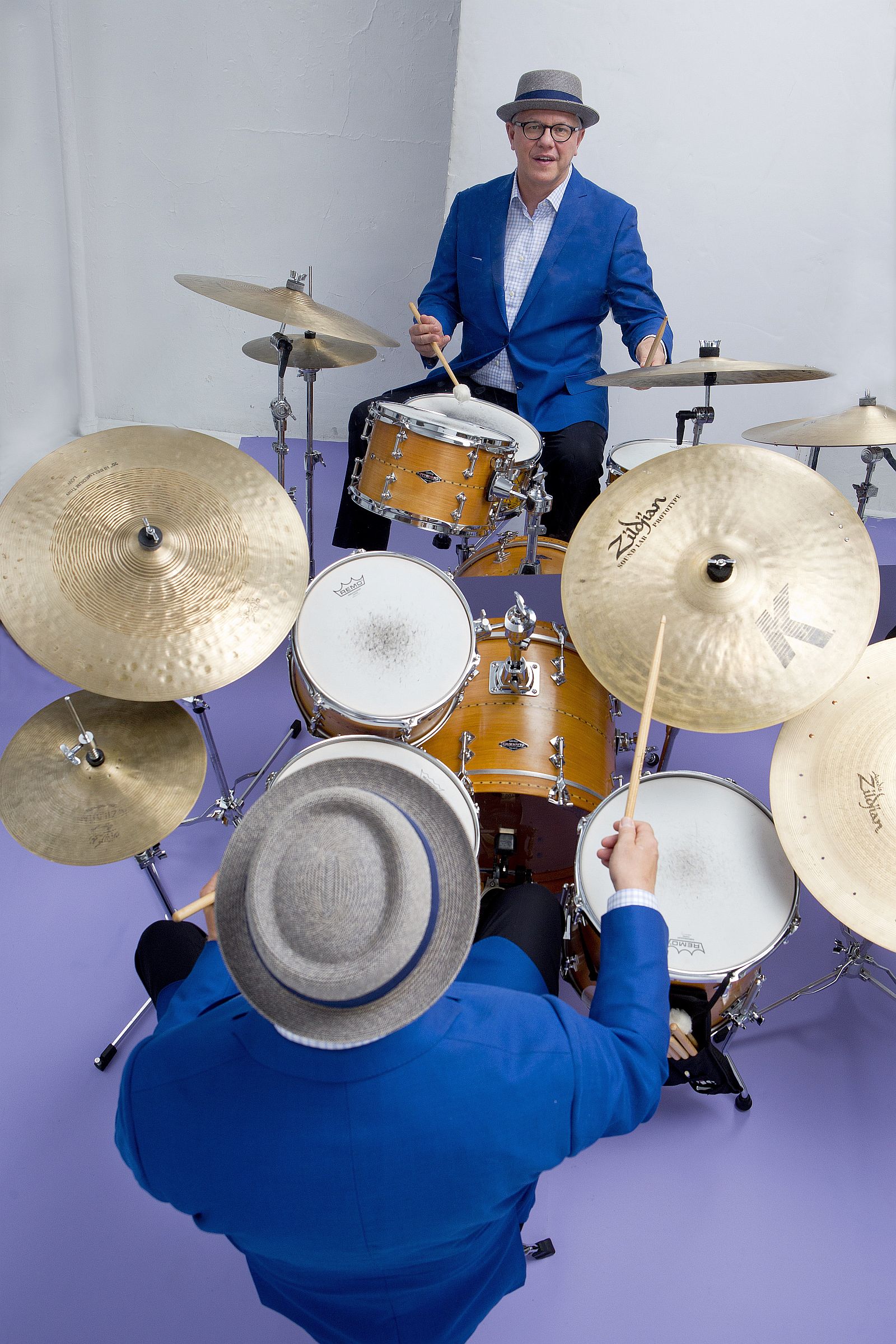 A pivotal figure for more than three decades, Wilson is an innovative educator, poll-topping drummer, prolific composer, and inveterate collaborator who has served as rhythmic muse for many of jazz’s greatest improvisers. Hug is his 14th album as a leader and extends his career-defining relationship with Palmetto producer Matt Balitsaris. It’s the first recording documenting this incarnation of the quartet since 2013’s Gathering Call (which added pianist John Medeski into the mix). He’s also co-led another dozen albums, including Sifter (a trio with Knuffke and Mary Halvorson), MOB Trio, and the celebrated Trio M with his alliterative partners Myra Melford and Mark Dresser. The quartet is his longest running and most encompassing band, a stylistically omnivorous vehicle ready to run with any type of tune. “The song is the fifth member of the band,” Wilson says. “Just relax and play the song and everything will emerge from it.”