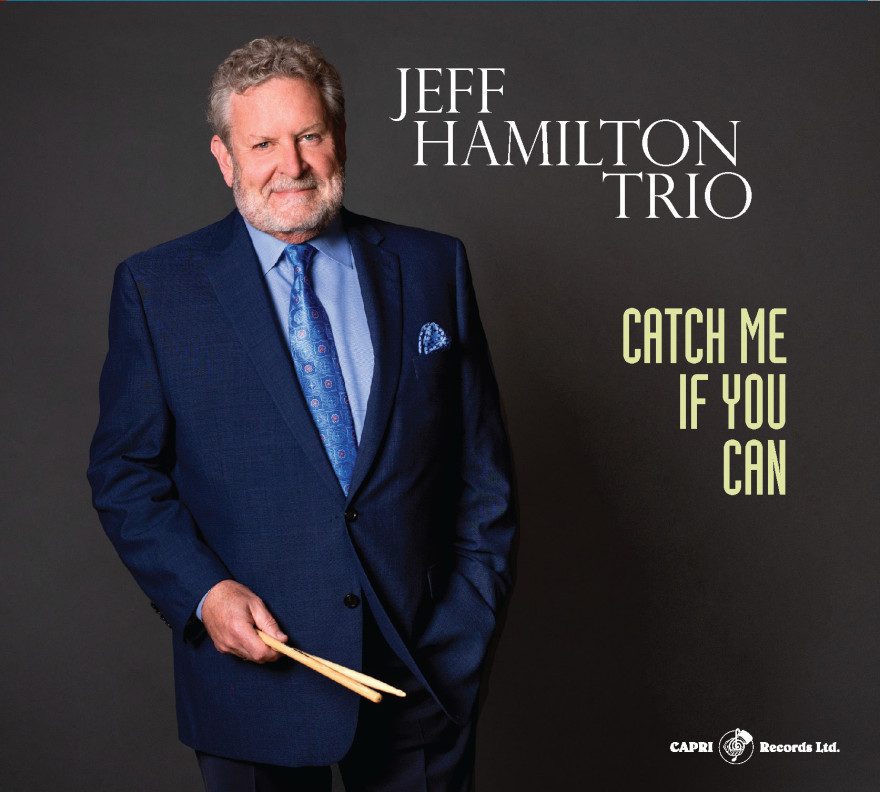 4.5 stars:  “Not only do Hamilton and his mates perform impeccably as a unit, each one is a superlative soloist whose soliloquys are never less than seductive…. Those who have heard the peerless Jeff Hamilton Trio before should know pretty much what to expect from its latest excursion; those who haven’t should experience the galvanic sensation that comes with unforeseen discovery.” – Jack Bowers, All About Jazz

”The empathy is in joyous evidence when they go out and swing… the trio is sublime, sprightly, and inspired” – Jerry D’Souza, All About Jazz

Jeff Hamilton‘s Catch Me If You Can features his trio with pianist Tamir Hendelman and bassist Jon Hamar.  Building on the foundation of Hamilton’s stirring stick and trademark brush artistry, the outfit calls attention to the durability of the enduring piano trio tradition.  As ever, this premier ensemble remains committed to upholding the fundamentals of robust mainstream jazz: forthright and economical improvisation, lyricism, and, above all, uncompromising swing.

A reliably inspired entity for almost 30 years, the Jeff Hamilton trio confirms with this captivating new recording that it remains one of the premier ensembles of its day. While featuring first-rate pieces by the likes of John Williams (“Make Me Rainbows”), Thad Jones (“Big Dipper”), Ralph Burns (“Bijou”) and George Cables (“Helen’s Song”), Catch Me If You Can also takes advantage of the compositional skills of the trio’s multi-talented pianist and bassist. Hendelman title track, and Hamar’s “The Barn” and “Bucket O’ Fat” (the latter highlighted by the bassist’s Ray Brown-like playing) display both the songwriting gifts and the technical chops that each of these expert players brings to the trio.

Hamilton states about the band’s “policy”, “If you want to be featured, you’d better come up with your own composition and arrangement!” Each piece, as well as the interpretations of the Artie Shaw signature tune “Moonray,” the Brazilian standard “Lapinha,” and “The Pond” by Hamilton’s mentor John Von Ohlen, is a convincing demonstration of the unity and second-sight musical telepathy that binds the trio. As every performance on the album eloquently demonstrates, the Hamilton trio is all about the balance of band cohesion coexisting with emphatic displays of instrumental mastery. Propulsive yet subtle, as only the best virtuoso players can be, Hamilton unites an unmistakable sound on his instrument with a majestic rhythmic underpinning. His compatriots are exceptional stylists who, while displaying their own abilities, also recognize the inestimable value of a group sound. The Hamilton trio, it is clear, has an identity it can proudly call its own.

The group’s responsive interplay is evident throughout, a mark of the clear identification each has for the other’s music making. This empathy can be clearly heard on the ballad, “The Pond,” which
highlights Handelman’s sensitive playing, and is an affecting example of the trio’s fellow feeling. Both “Bijou” and “Moonray” were originally conceived for large ensembles. In the trio’s deft hands,
tunes that originally featured other instruments (“Bijou,” which spotlighted trombonist Bill Harris, a star soloist of the Woody Herman band; and “Moonray” which featured bandleader Artie Shaw’s clarinet; “Big Dipper” was a set piece for the Thad Jones-Mel Lewis Jazz Orchestra) are transformed into piano trio gems. “We enjoy the challenge of playing pieces originally made for big band,” says Hamilton, himself an acclaimed big band drummer, who had early experience in the Herman aggregation in the late 1970s. As the Jeff Hamilton trio marches into a new decade, it has taken on a major challenge: how to keep the mainstream piano tradition fresh. With Catch Me If You Can it proves, beyond a doubt, it has succeeded.

A living legend with an international fan base, drummer Hamilton is both the leader of his own trio as well as well as one of the founders of the Clayton/Hamilton Jazz Orchestra, and the Akiko-Hamilton-Dechter trio. Hamilton has also performed with, among many others, such greats as Oscar Peterson, Ray Brown, Ella Fitzgerald, Diana Krall, Count Basie, Lionel Hampton and Woody Herman. 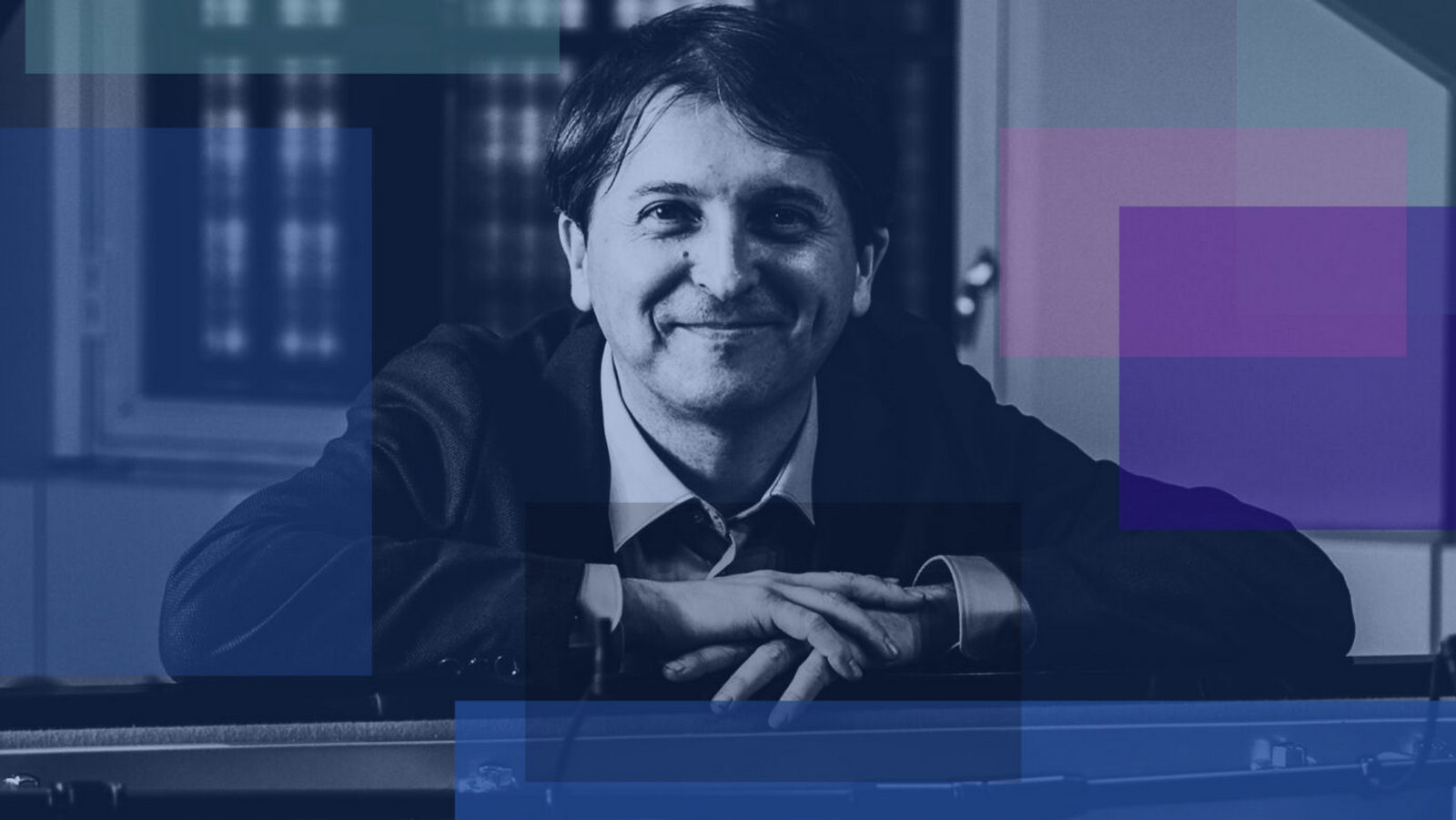 Israeli native Hendelman, a graduate of the Eastman School of Music, has been heard with the Clayton-Hamilton Jazz Orchestra, Diana Krall, John Pizzarelli, Natalie Cole, and Barbra Streisand,
among others. He is also the leader of his own trio. 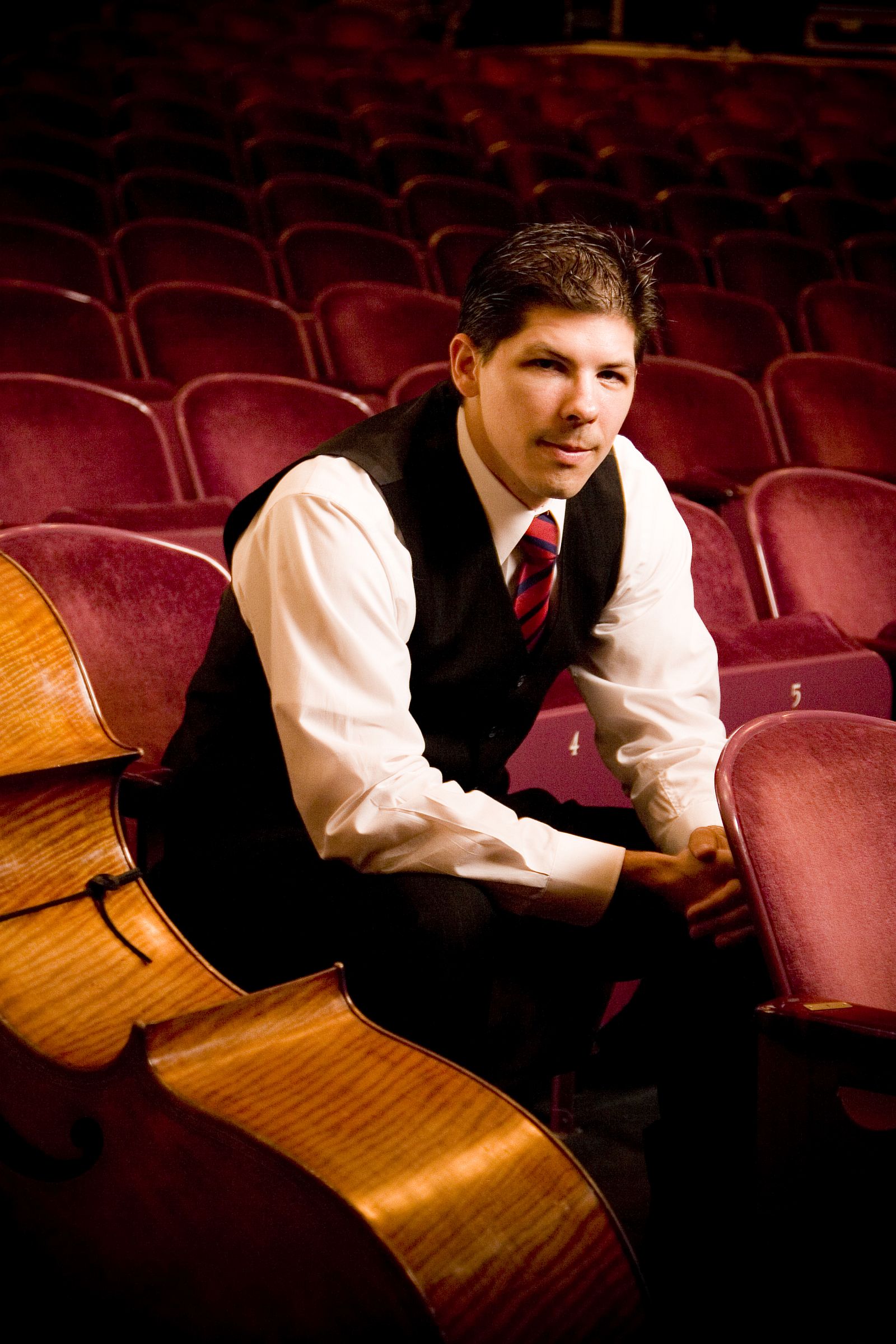 A graduate of the Eastman School of Music, where he studied with Harold Danko and others, Hamaris best known for his four-year association with the vocal legend Ernestine Anderson. Hamar is
currently on faculty at the Natalie Haslam School of Music at the University of Tennessee in Knoxville.