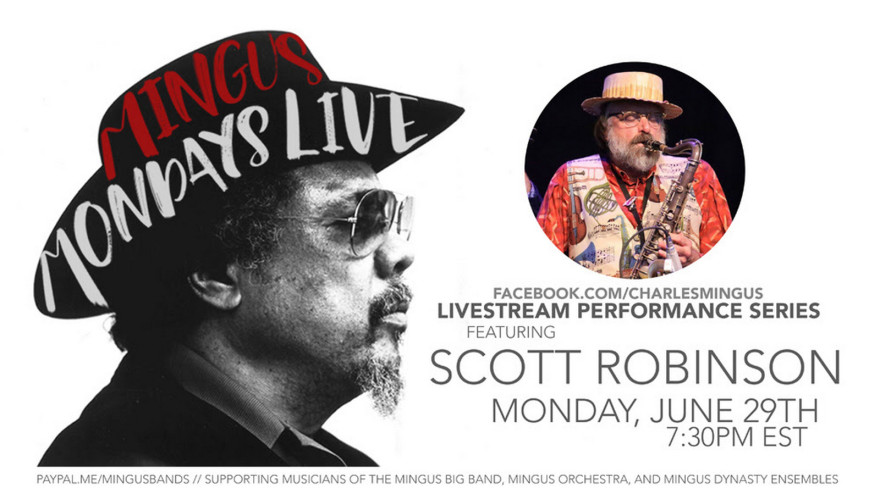 Very excited about my upcoming “Mingus Mondays” solo live-stream today, Monday, at 19:30! ( EDT – 00:30 GMT-UK) , by  saxophonist Scott Robinson, recently mentioned on our pages here , for his  8 min. 46 sec. performance protest against racism, police brutality and, as a result – legally approved killing of the Afro – American Citizens in The United Shames of America.

It took a lot of hard working from both Artists and promoters to prepare this and made it happen. You can trust me on that , I am talking to both. There will be some surprises. Please tune in! There are a couple of ways to see it. It is free on the Charles Mingus Facebook page, as the first post in the timeline:

This is the direct link to the post, which I’m told will also be open to non-facebookers (hopefully):

Also, it will be embedded it on www.CharlesMingus.com …  (scroll down on the home page; it’s also under “online events”). Might even have it up on the ScienSonic site if we can get that together. 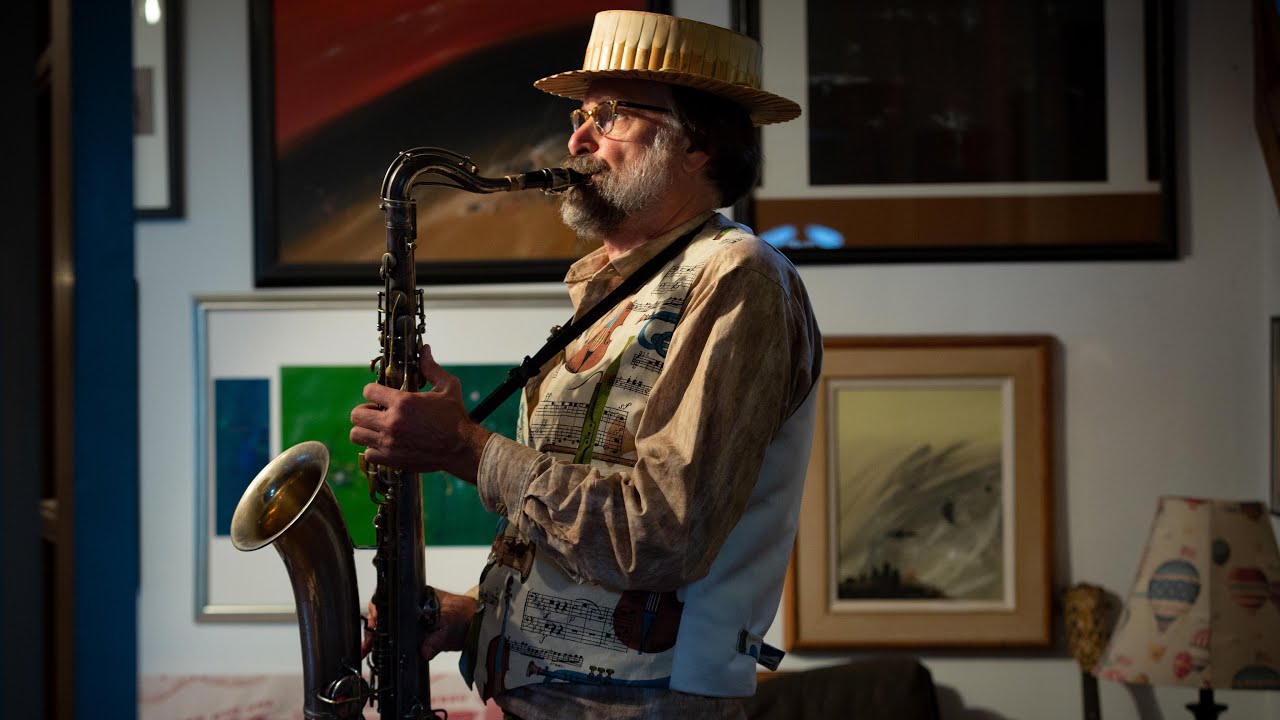 Hope to “see you” later then.. Besides performing, I will also be taking questions/comments/criticisms/excoriations from any/all. See you then!  –Scott

PS, My apologies to those who tried to watch my backyard concert with Martin Wind last week, and ran into difficulties. There were many issues, the main one being that the streaming didn’t kick in until halfway through the show. Then it was supposed to be archived on the site, but vanished after a couple of days, apparently forever. Tomorrow’s thing should not have these problems, as the good Mingus folks have been doing these shows every Monday for several months now.