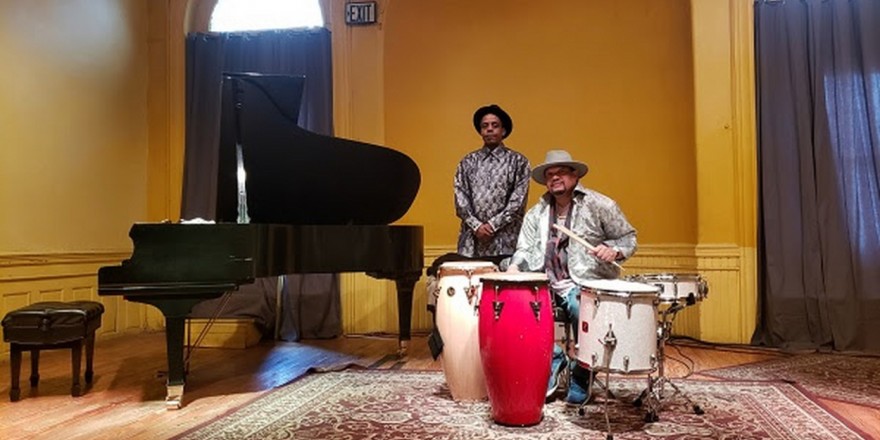 Pianist/composer Lafayette Gilchrist and percussionist Kevin Pinder will launch A Percussion Discussion, a new online series, beginning Monday, June 29. The livestream will take place at 7 p.m. EDT from An Die Musik in Baltimore. Admission $5, link will remain active for one week. For information call 410-385-2638 or register at https://www.instantseats.com/index.cfm?fuseaction=home.event&eventID=7EC050F3-E2CF-907F-E064DF35585EA8F9.

Gilchrist is set to release a new album, NOW, in October of 2020. The follow-up to last year’s critically acclaimed solo piano album, Dark Matter, which many critics cited as one of 2019’s best jazz releases, sees Gilchrist returning to the trio format for the first time since 2007. NOW begins with Gilchrist’s signature tune “Assume the Position,” a protest song about police violence that was featured on HBO’s crime drama The Wire. The album includes other socially and politically conscious compositions as well, such as the dramatic “Bmore Careful,” which examines crime and police brutality in Baltimore, where Gilchrist has lived since 1987.

NOW also contains several lovely tunes centered on affairs of the heart, including the stunning “Newly Arrived,” the haunting ballad “The Wonder of Being Here,” and the torrential “Tomorrow Is Waiting Now (Sharon’s Song).” Throughout NOW, Gilchrist’s striking two-handed pianism radiates as he anchors his rugged yet sensual improvisations with stride, ragtime and jump blues in the tradition of Earl “Fatha” Hines, Willie “The Lion” Smith, Eubie Blake and Memphis Slim. 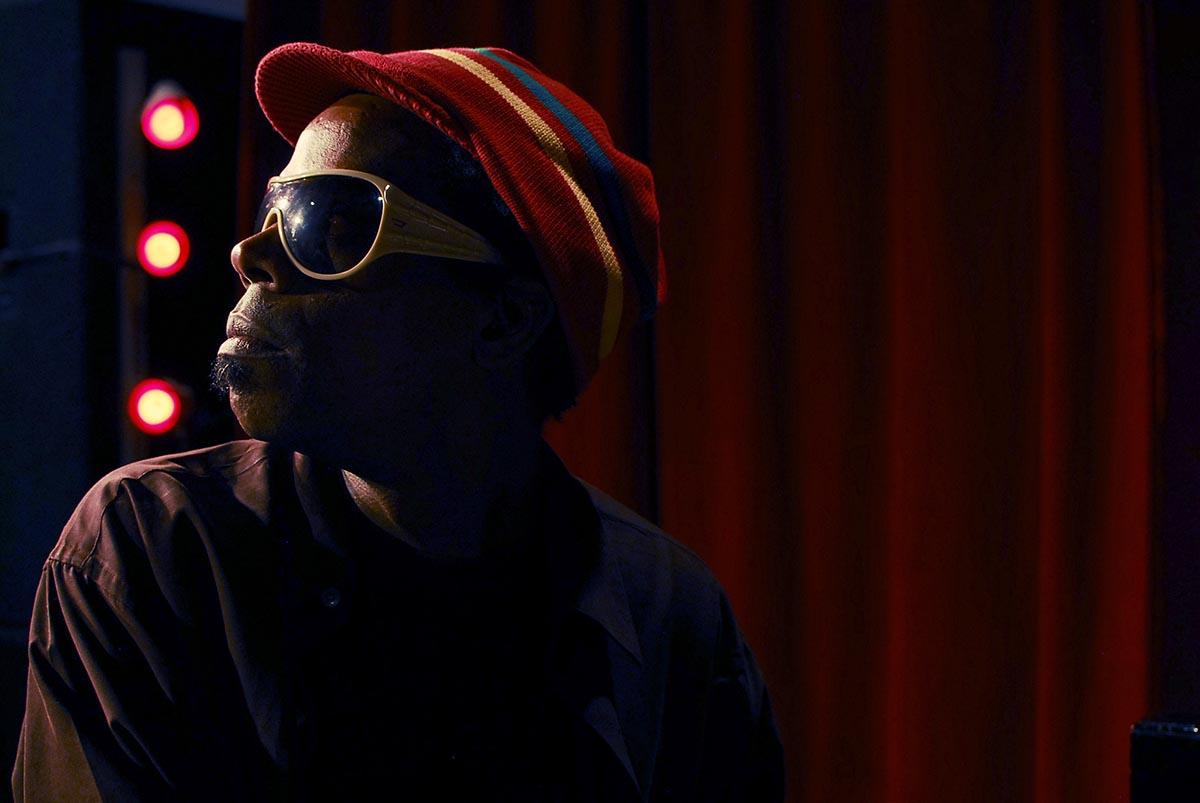 Born in August 1967 in Washington, D.C., Lafayette Gilchrist’s life as a pianist began at 17 while he was studying economics at University of Maryland, Baltimore. On his way to an English class during his freshman year, he wandered into a recital hall and began pecking out melodies and riffs on a Steinway piano. Gilchrist subsequently spent many hours teaching himself piano and auditing music theory classes. By the time he graduated, he had started his career as a pianist and composer. He formed his first ensemble, New Volcanoes, in 1993 and released his debut album, The Art is Life, that same year.

Gilchrist’s music draws on the span of jazz history from stride to free improvisation, along with inspiration from hip-hop, funk, and Washington D.C.’s unique go-go sound. His work thrives on making surprising connections between styles and influences, boldly veering from piledriver funk to piquant stride, vigorous swing to hip-hop swagger, contemplative abstraction to deep-bottom grooves. Gilchrist has toured extensively with David Murray, and his compositions have graced the soundtracks of David Simon’s acclaimed series The Wire, The Deuce, and Treme.

He leads the genre-defying ensembles the New Volcanoes and the Sonic Trip Masters All Stars, and along with bassist Michael Formanek and drummer Eric Kennedy, he’s a member of the adventurous collective trio Inside Out. In 2017, Gilchrist was named a  Local Legend by Baltimore Magazine, while Baltimore City Paper named Lafayette Gilchrist and the New Volcanoes as “Best Band.” In 2018 he was chosen as a Baker Artist Award winner.  Gilchrist has performed with Cassandra Wilson, Craig Harris, William Parker, Macy Gray, Oliver Lake, Andrew Cyrille, Orrin Evans, Paul Dunmall, Hamid Drake, William Parker, and many more. Gilchrist’s recent album Dark Matter landed on numerous critics’ best of 2019 lists. 2020 will see the release of his double album Now with the Lafayette Gilchrist Trio featuring Herman Burney on bass and Eric Kennedy on drums. 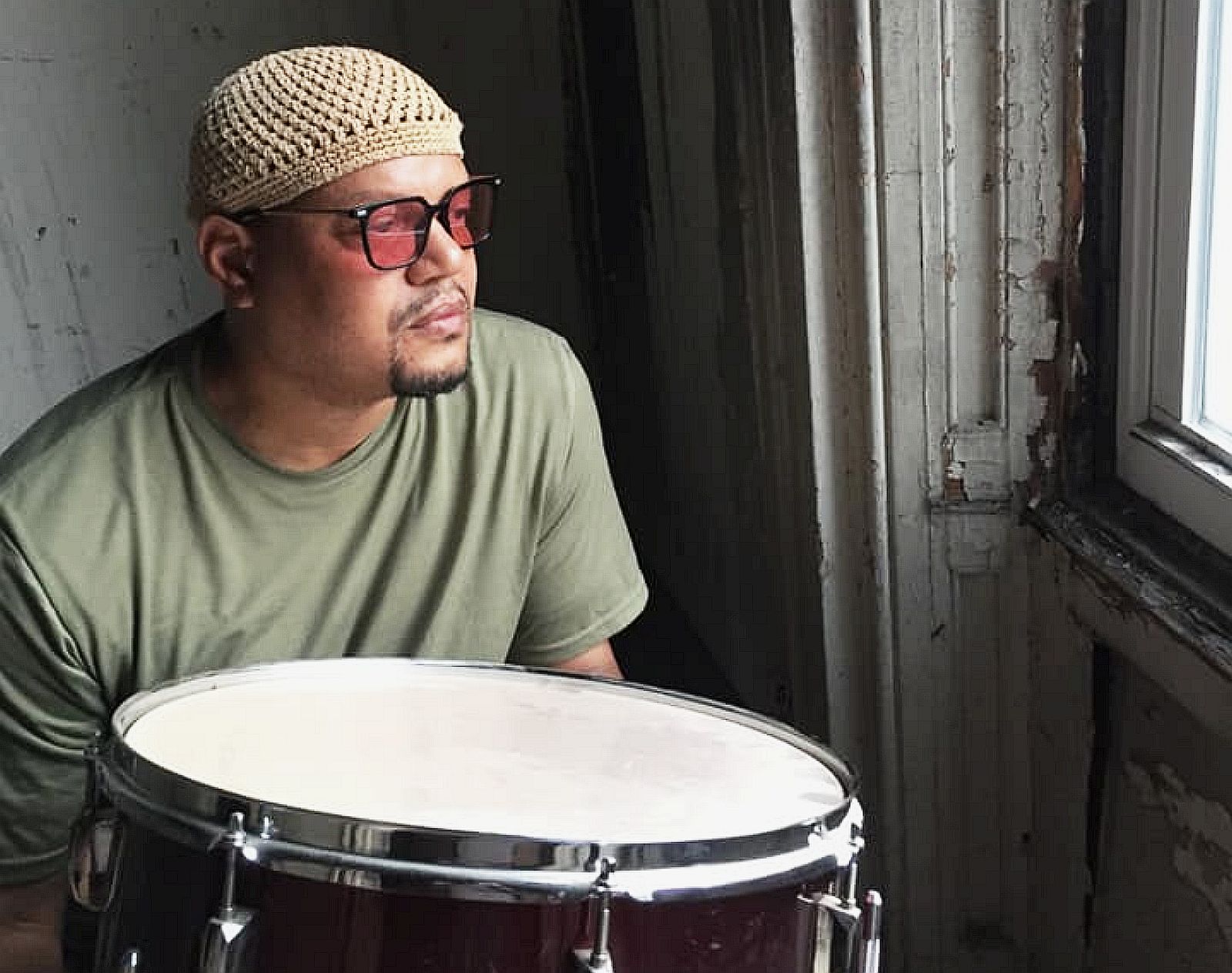 Kevin Pinder has played drums and percussion professionally for over 20 years. He has been collaborating with Lafayette Gilchrist since 2008 as a member of his band. He has also played with other band and freelance with music producers and many jazz artists. His style encompasses jazz, Latin, world, and funk, as well as dance music. He is a composer, writer, and producer.