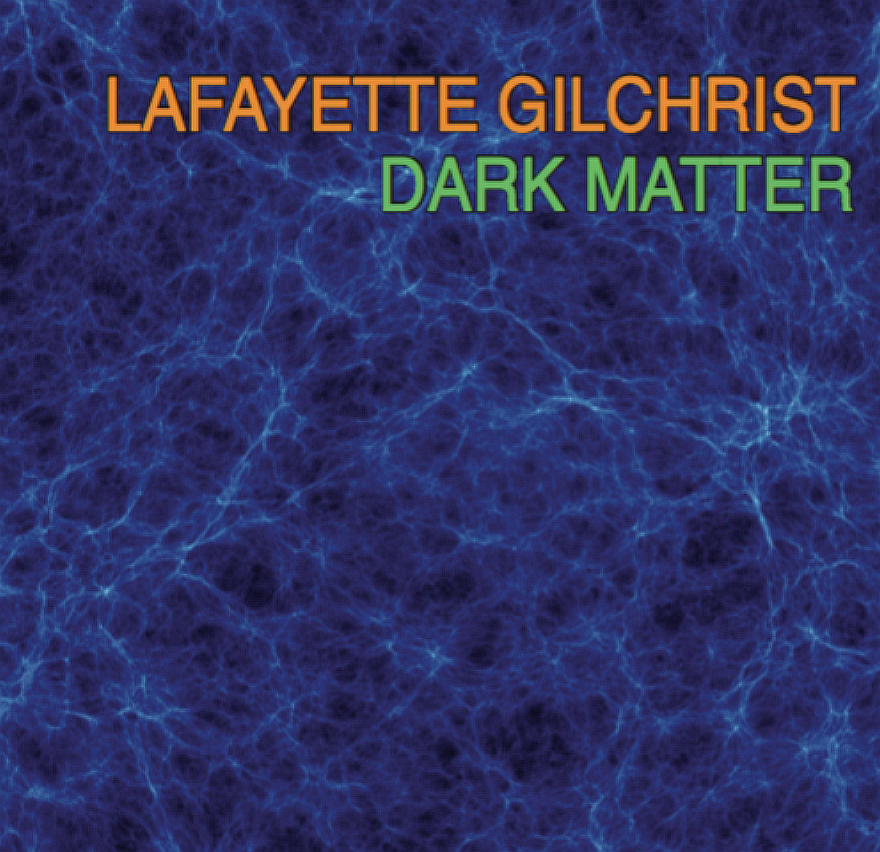 Pianist Lafayette Gilchrist Brings Together a Universe of Sound on Dark Matter, His Second Solo Album

“Gilchrist’s writing weaves together old-school funk rhythms with hip-hop cadences and raw street beats his melodic sensibility embraces the esoteric angularity of Andrew Hill and Sun Ra as much as the emotional directness of the blues.” – Troy Collins,  All About Jazz

On his second solo recording, Dark Matter, Baltimore-based pianist Lafayette Gilchrist muses on the elusive and mysterious matter that ties the universe together. It’s not hard to imagine why the subject might hold such fascination for Gilchrist, whose work thrives on making surprising connections between styles and influences, boldly veering from pile-driver funk to piquant stride, vigorous swing to hip-hop swagger, contemplative abstraction to deep-bottom grooves drawn from the boisterous go-go scene in nearby Washington D.C.

Due out July 19, 2019 via Creative Differences/Lafayette Gilchrist Music, Dark Matter was recorded live in front of a rapt, intimate crowd at the University of Baltimore’s Wright Theater by acclaimed hip-hop producer Wendel Patrick (also known as classical and jazz pianist Kevin Gift). Over the course of the set’s eleven original tunes, Gilchrist cycles through a wide range of moods and ideas, from deeply personal meditations to socially conscious outcries. Like dark matter itself, the connective tissue is sensed more than seen, tied together by the pianist’s singular voice and restless imagination.

“Dark matter is the thing that keeps everything from drifting apart,” says Gilchrist, whose intellectual curiosity seems as far-reaching and unquenchable as his musical tastes. “Dark matter permeates everything. It’s difficult to get one’s head around, but the aspect of it that fascinated me was it being this invisible force that holds the universe together. That came to mind because the tunes on the album are so different one from the other that I felt the title suggested a binding of a kind – a desire for the listener to hear it all as one sound.”

That fusion of inspirations is something that Gilchrist has done throughout his career. Perhaps it was the fact that he’d grown up listening to music long before he ever touched an instrument. It wasn’t until the summer before college, when he wandered into an empty recital hall and sat down at the keys on a whim, that he ever touched a piano. “It sounds like a fairy tale,” he recalls, “but it’s the truth: I wandered into the recital hall and saw this 9-foot Steinway grand piano on the stage. Nobody was around and it wasn’t locked up, so I stepped on the sustain pedal and started playing sounds. When I came off the pedal the sounds disappeared, and that’s how it started.”

Much has been made of the hip-hop influences in Gilchrist’s music, especially in the broad-shouldered swing of his horn-heavy ensemble New Volcanoes, but the references are far from intentional. Again calling to mind the pervasiveness of dark matter, the music’s sound was simply something he absorbed during his formative years in Baltimore. More crucial to his characteristic approach is the vibrant sound of go-go, the distinctive blend of funk, R&B, jazz and old school hip-hop that is unique to Baltimore-D.C. area stages, though Gilchrist didn’t realise how uncommon that experience was until he’d left home.

“I never remember having a conversation with anybody about go-go being our hometown music,” he says. “That music was so omnipresent in our upbringing, that I almost took it for granted. It was always just, ‘Did you check out Trouble Funk or Rare Essence or Little Benny and the Masters at the Coliseum or the Kaywood?‘ It didn’t occur to me until later that we were one of the last places in the country where you’d dance to popular contemporary music played by live instruments.”

While he didn’t realise it at the time, jazz crept into Gilchrist’s consciousness via the go-go scene, albeit combined with go-go’s distinctive rhythmic feel. Chuck Brown, one of the genre’s founding fathers, would re-imagine jazz standards like “Harlem Nocturne” or “It Don’t Mean a Thing” with the muscular go-go beat. “That go-go thing was so ingrained in me that when I heard the original Earl Bostic version of ‘Harlem Nocturne,’ it discombobulated me. I came to understand it later, but that internal pocket never left me. It informed me before I learned music and it still informs me.”

It’s there from the outset of Dark Matter, whose opening tune, “For the Go-Go,” pays explicit homage to the music. But it’s also there underlying the tender nostalgia of “Child’s Play,” a wistful remembrance of growing up surrounded by towering adults and nothing but time on your hands to have fun and most likely get into some sort of trouble. The pianist’s sense of wonder at the universe is evident in the title track, which gleefully plays on evolving variations of its main theme. Scientific curiosity also lies at the heart of “Old Whale Bones,” a vivid pastoral inspired by archaeological digs.

While most of the pieces on Dark Matter are newly composed for the date, “Spontaneous Combustion” reprises an older tune that remains unfortunately, stubbornly relevant. It ponders the small incidents that can set off social change, bearing echoes of protest music past. “The thing that always fascinates me about history is that you never know what will set it off,” Gilchrist says. “The issue may be big, but the spark for an uprising, a revolt, or a revolution could be something small and petty.” Hope for just such an instigating incident rings out in “Blues for Our Marches to End,” which was written following the 2014 protests in Ferguson, Missouri in reaction to the police shooting of Michael Brown.

Between the two comes “And You Know This,” a song that merges the ska sound of bands like The Skatalites with the funky New Orleans blues of piano men like Professor Longhair and Allen Toussaint. Gilchrist fell in love with the Crescent City’s musical soul during a fundraiser at the legendary Tipitina’s produced by The Wire writer David Simon, an outspoken Baltimorean who has used Gilchrist’s music in his shows, including Treme and The Deuce. Another life-changing experience came via Gilchrist’s mother, a now-retired employee of the Federal Aviation Administration. Through her, he had the opportunity to perform for veteran members of the Tuskegee Airmen, the heroic African-American WWII fighter pilots. The profound experience inspired Gilchrist to compose “Black Flight.”

Turning from the vast outward to the deep inward, “The Love Bind” spins a tale of heartbreak that feels soaked in tears but also a caustic humor. That same sardonic wit runs through “Happy Birthday Sucker,” a sly, self-deprecatory celebration written after a brief plunge into self-pity. “Greetings” ironically closes the album with an elliptical send-off. 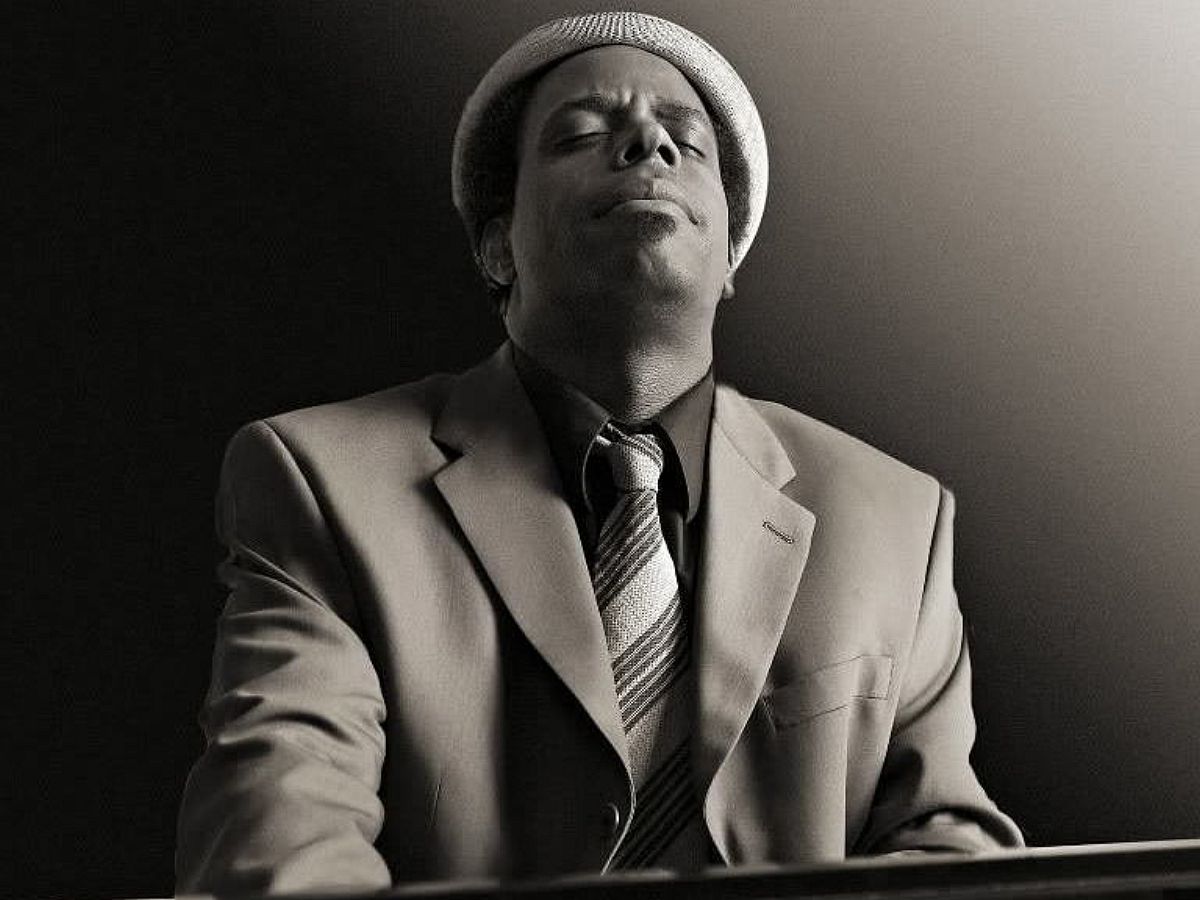 Lafayette Gilchrist
2018 Baker Artist Award winner Lafayette Gilchrist leads the genre-defying ensembles the New Volcanoes and the Sonic Trip Masters All Stars. Along with bassist Michael Formanek and drummer Eric Kennedy, he’s a member of the adventurous collective trio Inside Out. In 2017, Gilchrist was named a  Local Legend by Baltimore Magazine, while Baltimore City Paper named Lafayette Gilchrist and the New Volcanoes as “Best Band.” While steadily leading his Baltimore-based ensembles with a progressive stream of new music, Gilchrist toured with David Murray in his octet and quartets for 13 years. He has performed with such notable artists as Cassandra Wilson, Macy Gray, Oliver Lake, Andrew Cyrille, Orrin Evans, Paul Dunmall, Hamid Drake, William Parker, and many more. His compositions have graced the soundtracks of David Simon’s acclaimed series The Wire, The Deuce, and Treme.