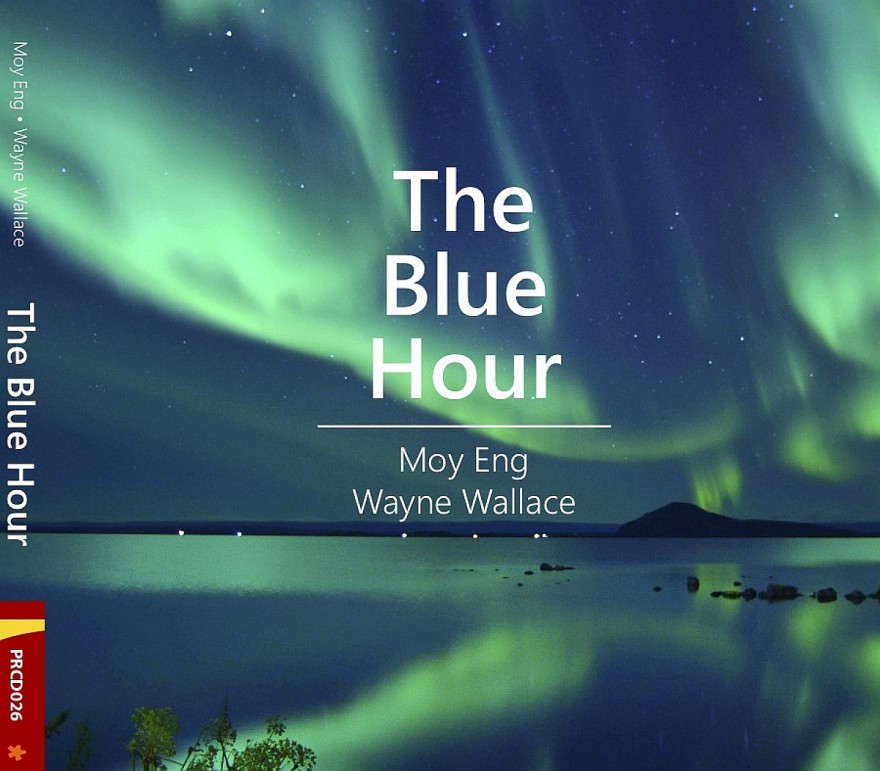 Recording debuts often provide only a starting point: the seeds of a musician’s artistic vision, which may or may not flower and grow in the course of a career. The Blue Hour, the debut recording from vocalist and poet-lyricist Moy Eng, is something altogether different. It introduces the measured and mature work of a new (not young) artist – a woman who has excelled as a visionary arts administrator and philanthropic executive, embarking on a second-act career that she had hardly anticipated.

In collaboration with her songwriting partner and producer, the four-time GRAMMY-nominated trombonist and bandleader Wayne Wallace, Eng has created a debut masterwork. The songs on The Blue Hour, slated for release by Wallace’s Patois Records on July 26, 2019, embody the lessons of a lifetime even as the writing retains the wide-eyed delight of a gifted sensualist. Eng’s lyrics are a blend of autobiography and her expansive imagination, and they range across the emotional landscape. There’s the spiky sass of “Filthy Gorgeous,” her inspired description of the dichotomies inherent in a new relationship; the ethereal sweep of “Magnolia Light,” a lazing dreamscape that transforms the sky itself into a lead character; and, in the ramp-up to “I Love A Girl Who Parties,” Eng’s remembrance of the impact Aretha Franklin’s music had on her, growing up in a traditional Chinese-American family during the 1960s.

Traversing themes related to love, loss, travel, and identity, Eng presents these songs as a colourful basket of individual gifts, each wrapped in a gently sumptuous and frankly beautiful alto – a silky but unruffled singing voice as warmly clear as the poetic “voice” that infuses her writing. To complement her words, Wallace’s compositions – and especially his spot-on arrangements which draw on his eclectic musical experiences in pop, rock, jazz, and Latin music – enhance each of Eng’s lyrics, underscoring emotions both spoken and implied.

Eng’s achievement is all the more impressive when you consider that, despite having “always had an affinity” for literature and writing, she only started putting pen to paper about 15 years ago. Since then she’s written some 500 poems, finding that genre best suited to what she needs to express. “Trusting myself with the process of capturing a memory, a scent or an experience – there’s something powerful that unfolds,” she explains. Her affinity for music runs even deeper. “I’ve never not sung,” she says; “it’s part of my earliest memories, since I was 4 or 5. It has always been part of my daily life, like breathing.” Nonetheless, and despite her early classical voice training, she has performed only occasionally on stage; this explains why most people are hearing her now for the first time. But in the arena of philanthropy and grant making, she’s a superstar, with more than three decades’ experience supporting initiatives in the arts, renewable energy, gender equality, and human rights.

Wayne Wallace requires no such introduction to modern jazz listeners. He is perhaps best known as  a powerful trombone soloist with expertise in a startling range of Afro-Caribbean and South American rhythms, as displayed in his eponymous Latin Jazz Quintet, which has earned three of his four GRAMMY nominations. These accomplishments rest upon a hidden foundation forged in San Francisco’s pop, soul, and Latin music scenes of the 1970s and 80s – one of his first gigs placed him in a James Brown cover band – and as a coveted writer and producer. The stylistic variety of his work on The Blue Hour offers a glimpse into this extensive resume, demonstrating that, as he points out, “I do more than just Latin Jazz.”

Eng first encountered Wallace more than a decade ago, when she enrolled in a songwriting class he was teaching at a Bay Area music camp. “I wanted to learn what made a great song, even if I were never to write one. I felt that some of the phrasing and imagery in my poems might work as songs. And Wayne was very encouraging,” she recounts. About a year later, Eng called to tell Wallace that she’d written close to 100 pieces of poetry, and asking if they might try writing a song together. His reaction? “I was wondering when you would call me.” Eng sent him close to a dozen poems. Wallace chose three of those as likely candidates, and in 2010 they got to work on their first song, “Alpha Girl,” drawn from Eng’s X-ray observations of “post-feminist women with the ambitious goal to be all things to all people.”

The two have a fairly strict division of labour – music by him, words by her – but as Wallace explains, “We’re almost always in the room together when we write; it’s not like I come in and say, ‘Oh, look what I came up with on my own.’ It’s more, ‘What do you think of this? Then how about this?’ It’s definitely a collaboration – even though Moy doesn’t count herself as having written the music.”

At first they had no plans to make an album at all. But as the partnership continued, they soon found themselves with some 35 fully-fledged songs and began presenting them in Bay Area clubs. Positive reaction from audiences convinced them to cull the ten they thought would best complement each other, while at the same time exploring the full range of the “Eng-Wallace Songbook.” Several tunes – “Sleepless in Paris,” “Hong Kong,” “A New York Moment” – explore the wondrous disorientation of visiting places away from home; the jazz-rock anthem “Wild Plum” uses a Chinese symbol of winter as sexy metaphor.

As Eng explains: “Wayne and I try to create worlds, with words and arrangements, that people can step into and connect with their own experiences.” 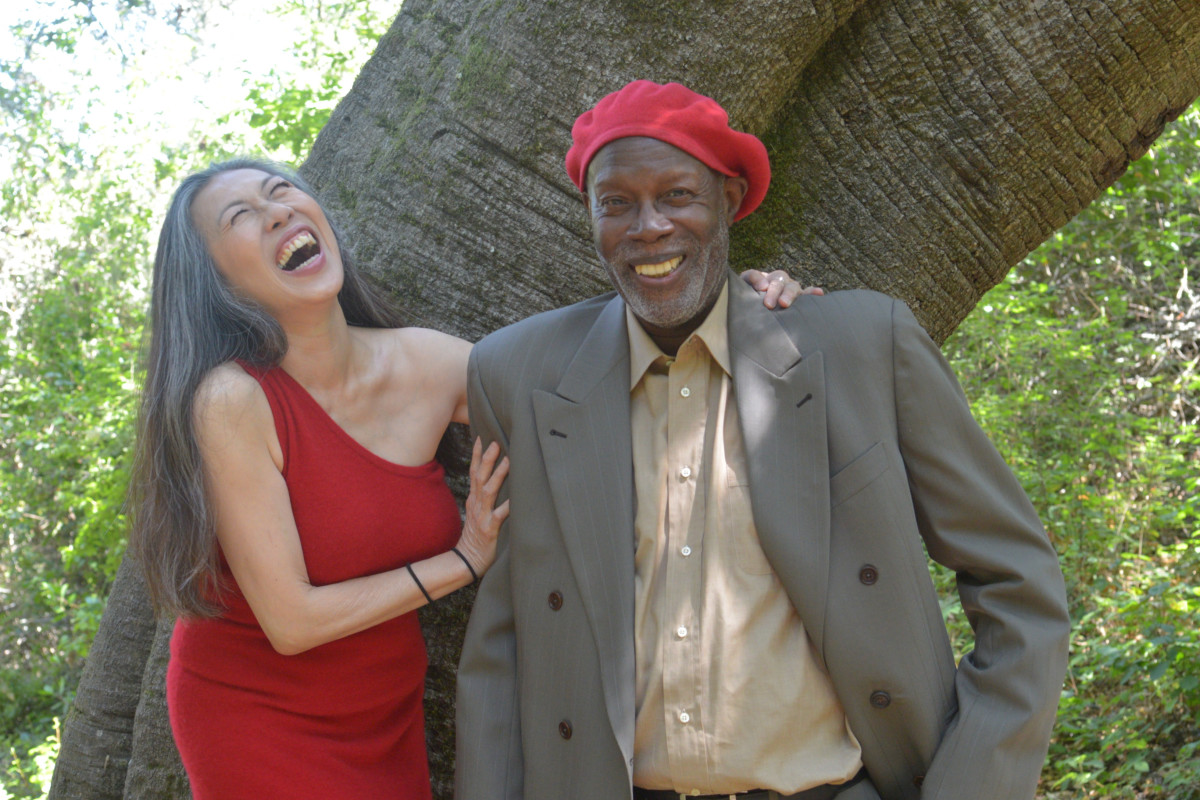 Born in New Jersey, Moy Eng received her M.A. in Arts Administration from New York University, then launched her professional career with a bang, as fundraiser for the Alvin Ailey American Dance Theater – where she worked directly with the company’s legendary founder – and the Orchestra of St. Luke’s. She has been a grant maker in foundations whose assets ranged from $100 million to $9 billion, including the William and Flora Hewlett Foundation. Her “day gig,” as she puts it, has earned her honours from the California Arts Council and from the World Affairs Council, which called her a social entrepreneur “who will shape our tomorrow.” She currently leads the Bay Area’s Community Arts Stabilisation Trust (CAST), a young nonprofit organisation that develops affordable work-spaces for the arts in one of the most expensive regions to live and work in the world.

In a career that spans four decades, San Francisco native Wayne Wallace has lent his myriad talents (sideman, arranger, composer, producer) to the likes of Count Basie, Aretha Franklin, Tito Puente, Sonny Rollins, and Carlos Santana. His debut album as a leader, 2000’s Three In One (Spirit Nectar), showcased his writing skills and his encyclopedic knowledge of Afro-Cuban rhythms, which he developed in the close-knit Bay Area jazz community, most notably as music director of John Santos’s Machete Ensemble. Wallace’s outsized role in Bay Area jazz includes his creation of Patois Records, with a catalogue that includes his own albums and also recordings by vocalists Kat Parra and Alexa Weber Morales, as well as two highly regarded anthologies of Bay Area salsa and Latin jazz. A gifted educator, Wallace now spends the academic year as professor of jazz trombone and practice in jazz studies at the Jacobs School of Music at Indiana University, having previously taught at San Jose State University and Stanford University.