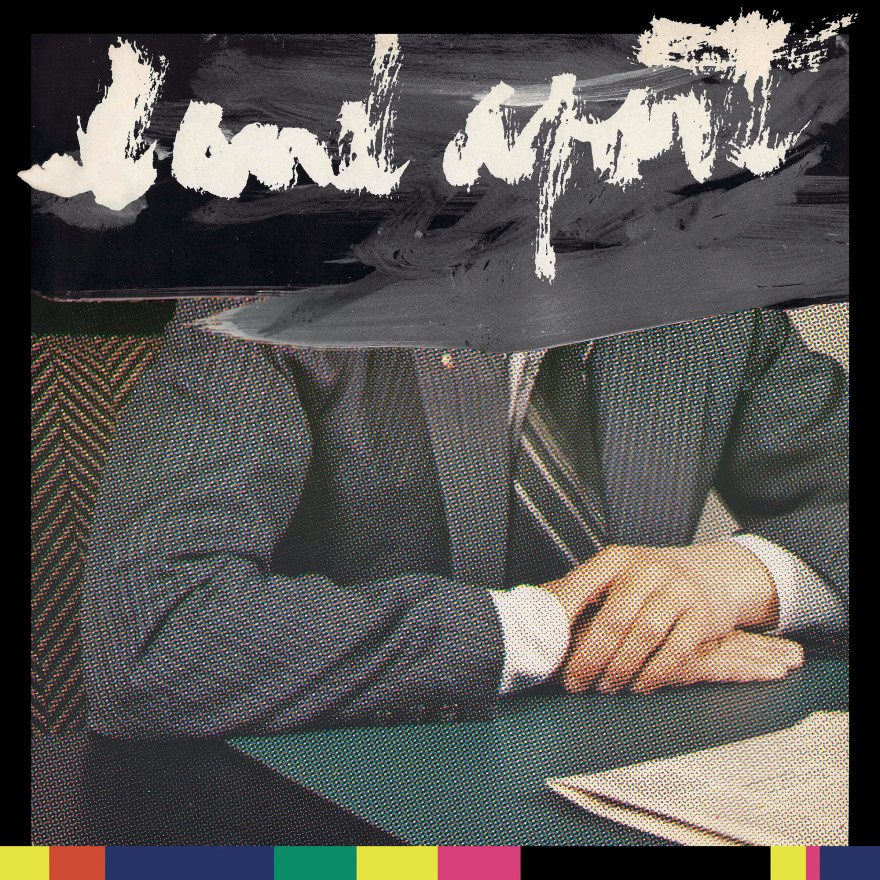 “We’re happy to be reissuing the complete works of French/American outfit Band Apart, one of the first bands to join the Crammed Discs roster, shortly after the label’s inception.”  says Gregory Bauchau

During a meteoric course which lasted around two years, Band Apart made a mark in the bubbling No Wave scene in New York & Europe, yet the duet remains among the era’s unsung heroes.

Consisting of New York-based poet & performance artist Jayne Bliss, and Marseille-based musician/producer M. Mader, Band Apart released a mesmerising, eponymous 4-track EP in 1981, showcasing Jayne’s arresting vocals and lyrics, immersed in the hazy, mysterious atmospheres conjured up by Mader. While being very connected to the time and place of their creation, these songs somehow prefigured some of the music that would appear a decade later (think shoe-gazing etc).

Band Apart performed shows in New York and Europe, and went on to record a full-length album in 1983, which contained cult favourite tracks such as “O My Beautiful Song” and “Marseille”. Sadly, the band really fell apart shortly after the album’s release.

This vinyl reissue comprises the initial EP as well as 5 tracks from the album (while two more album tracks are available in the digital download and streaming versions). All tracks were freshly remastered from the original tapes.

She got involved in the music scene around Giorgio Gomelski‘s Zu project, became friends with the likes of Daevid Allen and Fred Frith, and met Hector Zazou through the latter. As for Mader, after working as the assistant for legendary film music composer Michel Magne, he was living at the time in a semi-abandoned castle on the outskirts of Marseille, in a community of musicians which included Zazou. Mader and Zazou had started a conceptual project called Boring Music, which they saw as drawing inspiration from Terry Riley and Suicide… The project wasn’t completed, but later morphed into the infamous album La Perversitá.

Jayne & Mader hit it off instantaneously. They travelled to Deiá (Mallorca) to spend time at Daevid Allen’s house, where they hung out with Daevid and Kevin Ayers, and started to write some music. Upon returning to Marseille, they formed the first line-up of Band Apart. Their first performance took place in Paris, as the opening act for James Chance & the Contortions at Brian Eno’s No New York concert tour. At that time, New York’s No Wave scene was in full effect. This short-lived, highly influential maelstrom was spawned by the very underground art scene of which Bliss had been an active part. Jayne’s spacious artist’s loft in the East Village, which served as her home, studio, art gallery and meeting place for artists, seemed the perfect location for the development of Band Apart’s endeavours, and the duet went stateside in mid-1980.

“Mader set-up a small recording studio” says Jayne, “and the work of song-writing began. Days were for working and nights were for being on the scene. CBGB’s, Dan- ceteria, The Limelight, Area, the Mudd Club, Studio 54, The Ritz, One-Fifth Ave., Mickey Rushkin’s Chinese Chance & St. Marks Church on the Bowery, The Ear Inn, New Nuyorican Cafe. Every night was a cornucopia of performances. Television, DNA, Ramones, Bush Tetras, Suicide, David Johansen & the Dolls, Richard Hell, Patti Smith, Blondie, Talking Heads. In this late ’70s era the East Village was the home to over 50 alternative art galleries. The Pyramid Club was a favoured hangout, with all the flash and flare of the drag queens and performance artist. We played the Pyramid Club, The Mudd Club, The Kitchen. I did soundtracks for punked out fashion shows & gave poetry readings at all of the above-listed clubs. Yes, even in the backroom of Studio 54. As for Mader, he developed quite a few friendships and collaborated with many artists and musicians on the scene.“

Mader: “When I landed in NY at the end of the ’70s, the city was barely emerging from a severe economic crisis. For me, it felt like being in Beirut… So many rundown buildings, squats… downtown was a dangerous area, where drug dealers and gangsters were operating freely. Rents were extremely low. This environment fostered a very creative artistic community, which thrived until gentrification hit the city around the mid-80s, during the Reagan presidency. Our drummer Barclay Holmes hooked me up with the Noise NY recording studio. Located across the street from Madison Square Garden, upstairs from a bar/restaurant called The Meatball, the modest, 8-track facility was still in construction when I first got there. It was run by Frank Eaton, an electronic musician and occasional sax player, assisted by bass player Kevin Fullen, both of them Oberlin School of Music graduates. The three of us were 23-years old. This is where the sound of Band Apart was born, while we were experimenting and recording the EP. Frank had a self-built modular synth, which we used a lot for processing guitar and bass sounds. Jayne wrote lyrics and sang, I wrote the music and played guitar & keys, Kevin was on bass, and Barclay was on drums. He left during the process (to join his brother’s band Rubber Rodeo), so Don Christensen (of The Contortions and The Raybeats fame) joined in for one of the songs“.

Having completed the recording of the four stellar tracks which make up the Band Apart EP (and which appear on side A of the present reissue), Mader got in touch with Marc Hollander at Crammed Discs, via Hector Zazou, who was also beginning to work with the fledgling Brussels label. Very impressed with the EP, Marc enthusiastically agreed to release it, and the record came out in September 1981, which made it one of the very first Crammed releases. Reactions were excellent, and Band Apart set out to write music for a full album, which was recorded in Paris and mixed in London, during the summer of 1982. Band Apart played a string of dates around Europe and the US. Containing tracks such as Marseille and O My Beautiful Song (which have by now become lost classics), the album came out in 1983.

By that time, Mader and Bliss had however started to part ways and to work separately on their respective projects. Mader released several solo albums, and became a noted film composer for many independent movies and TV productions, including feature films by Ang Lee, Alexander Rockwell, Robert Greenwald and many more. He lives in L.A.

Bliss continued writing poetry and music, became a doctor of Chinese medicine, and runs her own health clinic and art studio somewhere in rural Pennsylvania.