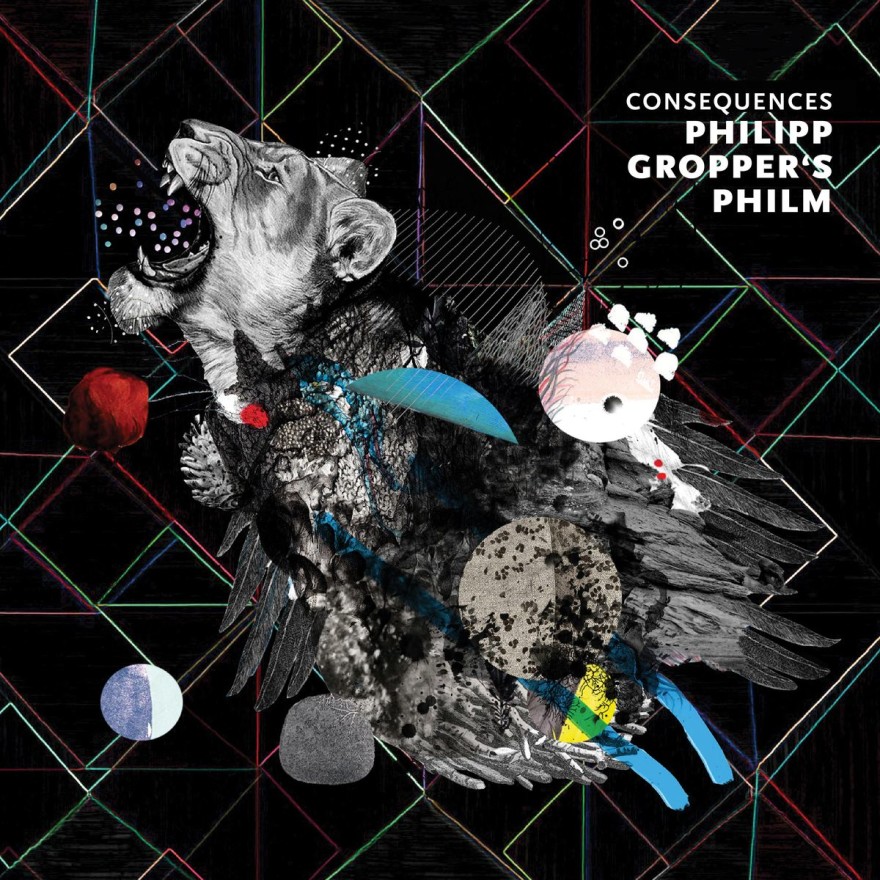 On “Consequences”, Philipp Gropper’s PHILM transfuses the navigation of everyday life into multi-faceted themes. Music on the cutting edge, music that does not shy away from the burning questions of the day, an amalgam of gripping compositions and strong individual statements revealing an emphasis on viable alternatives. Jazz that balances on the outer borders, strangely abstracted and at the same time insistent.

What a leap from one album to the next! “Consequences”, PHILM’S new album, has lost none of the spirituality that permeated “Sun Ship”, their last studio release. The Berlin-based group continues to develop and refine their colorful, multi-layered and intimately entwined music – an unmistakable sound that grabs and doesn’t let go. These qualities, along with the desire to push and redefine boundaries, have created a special aura around PHILM and earned them a reputation as the “David Bowie of Jazz”.

PHILM: saxophonist/composer Philipp Gropper, pianist/synthesizer player Elias Stemeseder, bassist Robert Landfermann and drummer Oliver Steidle – four musicians who have captured the spirit of our times. “Consequences” is the band’s first studio album with Robert Landfermann on bass, and with him they seem to have reached a new level.

In terms of composition, Philipp Gropper focuses primarily on three areas that can be summed up as responsibility and the resulting consequences. In interpersonal terms, he is concerned with our behavior in direct encounters and the attitude and reaction of the individual within the social framework. Philosophically, questions of larger interrelationships bother Gropper. And politically, he is concerned about privilege, the effects of neo-liberal society, the destructive dealings of the West regarding the eastern and southern hemispheres, and the resultant conflicts and responsibilities. PHILM’s personal engagement with these three topics leads to the titles “32 Cents”, “Consequences”, “Saturn”, “Forgiving” and “Thinking from the Future (Are You Privileged?)”. Each song speaks of something else, something different; together they create a meta-level, a novel in sound that intertwines different storylines.

Is all this too complicated or presumptuous for a single album? By no means! Gropper and Co. know how to navigate complex topics, steering them towards communicative accessibility. PHILM functions as a filter, its perceptive sensors responding to ongoing personal and social processes, transforming them into a richness of musical textures and intriguing conversation.
Although the compositions have various musical reference points emanating from the inexhaustible history of jazz, electronic music, hip hop, new music and the classical music of Africa and India, the inspirations for these are usually extra-musical associations and observations, which then are transformed into musical statements. Using various compositional techniques, such natural phenomena as sound wave amplitude, sound propagation speed, observations of technological and digital phenomena, along with interpersonal relationships, scenarios, stories and social processes are translated into concrete musical images.
However, for PHILM, complexity is never an end in itself.
The band’s basic existential goal: the absolute internalization of the musical material; nothing should stand in the way of the intense flow, the liberated, direct statement. The multi-layered compositions reverberate with quintuplets, septuplets and iridescent polyrhythms, transforming a seemingly simple groove into a force that hits us all – strangely abstracted and at the same time insistent.

With the release of his Rework album on the Raster label, Producer Grischa Lichtenberger brings a completely different level into play. It’s a kind of personal reflection and translation of PHILM’s music delineated from the perspective of electronic music.