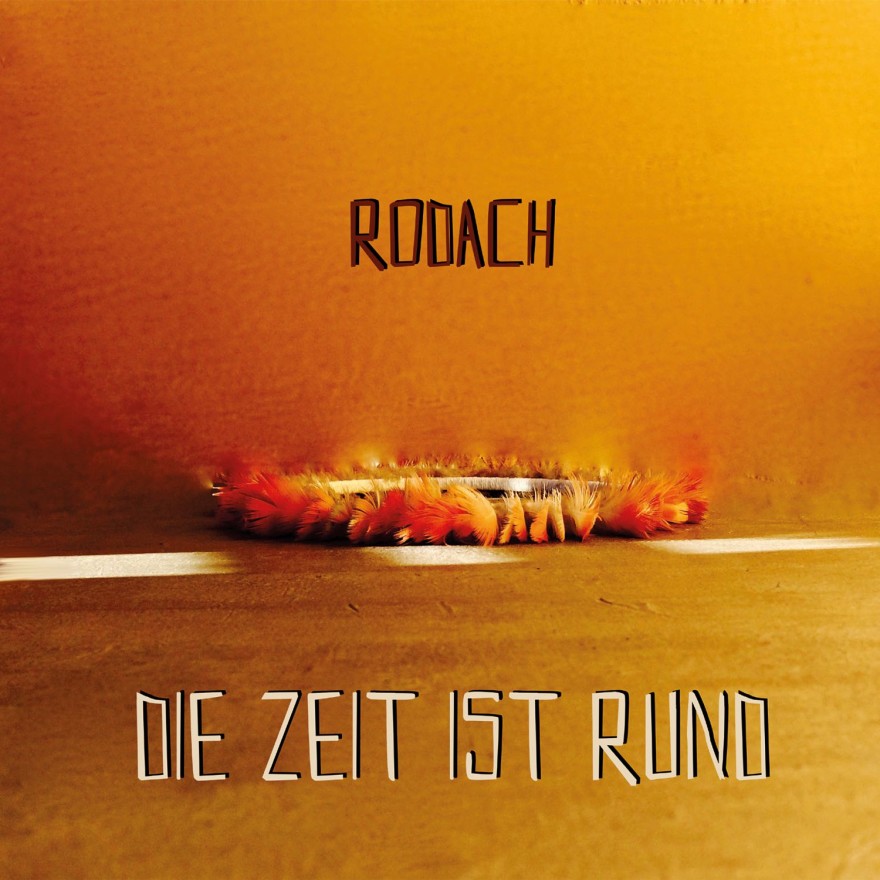 Rodach is not an artist who comes to the studio on the regular basis. Therefore, this is the first comeback for 8 years. Also, he is usually a solo player making his own samples and loops. Here we’ve got a little difference with the drummer involved in 4 out of 18 tracks (Max Bendel) as well as a guest appearance on piano from Wolfgang Loos, the recording wizard behind the consoles there in the Traumton label.

His instrument of choice is usually guitar. He likes it, as he describes it, for its imperfection.

Now when you look at the title it is a philosophical attendance. So was his last one entitled Our Situation Seems Strange. As his daily bread is delivering music for theatrical or cinematic needs it has to be more or less illustrative. That’s the main factor characterizing it.

Preface to this session points numerous descriptions of the nature of the time and referrals to the circularity of the nature of the time and its repetitive patterns, which seems to be circular too if simple analogy with the dials is used. My feeling is that one can bend an imagination into any direction as far as his fantasy and open mind allows, but let’s stick to the instructions and the music.

Opening track (Uji) is already very cinematic indeed. The time counting and the audible dissonances and delays are bringing imagination of the spaghetti western soundtracks as the best we know from Ennio Morricone. Counting percussive patterns looped to repeat themselves are even more tightening imagination to the passing time.

Following, Here Now, is clear blues guitar reef, stacked in time and counted with the regular beat. It only lasts 1:45. Scratch coming after describes well the nature of the distortion that the guitar has been given. Multiple guitar tracks are talking to each other here. It is another miniature. Bluesy spirit of the guitar stays present, but this time long-lasting chords are more Knopfler-like with the hint of the bottleneck’s taste. With the monotony counted rhythm coming from the piano.

Another one in the meantime, brings me memory of another cinematic icon: Ray Cooder’s Paris -Texas. Examples like those can be spotted almost all the time. From that regard there is a certain eclecticism in this music which grows over the listener depends on his personal experience and ability to trace and recognise those influences, what is quite a good fun itself.

Multiple pieces coming after are containing varied connotations with the guitar styles we already know and heard before. Variety of the patterns are simply showing Rodach’s skills in adopting, transforming and incorporating different surrendering landscapes into his very own musical universe and language. One remains for certain: the strong felling of circularity coming from multiple repetition and the rhythmic structure of the compositions. However, if it’s because the Time is Round or the Musicians are Drunk I don’t know. Whatever the reason I enjoyed the journey and the dark signature imprinted into this music.

You can buy this music here…