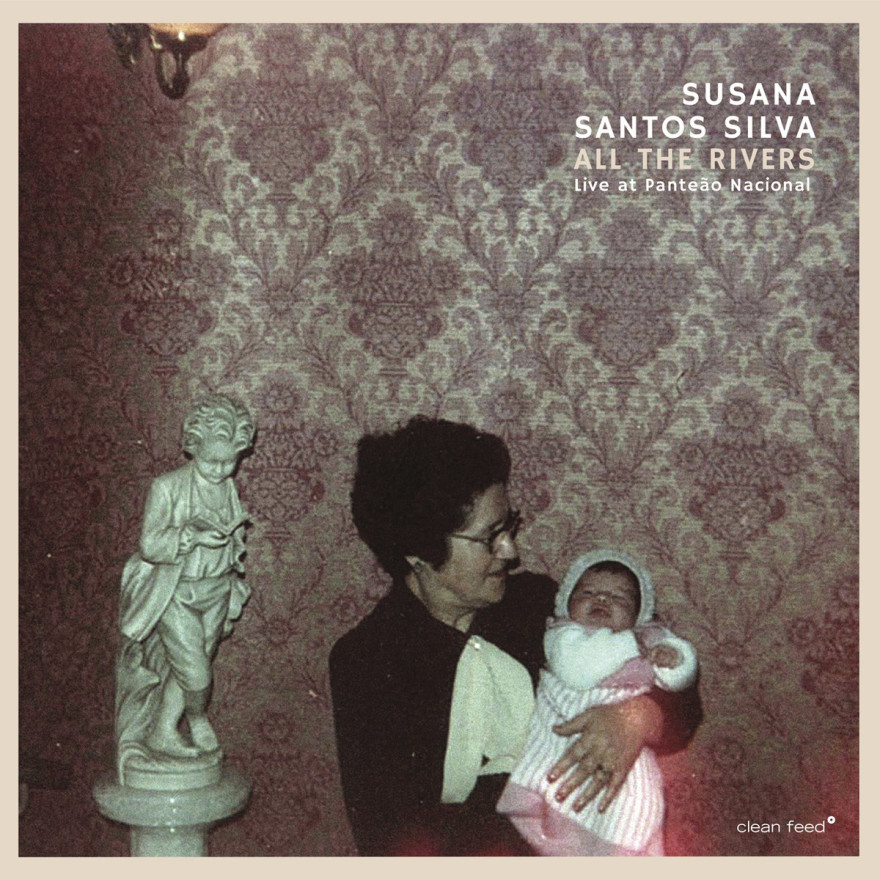 Every solo album with a horn is a difficult task, and that’s the reason why so few are released on record or played on the stage. No-one else is there to give you cues, to challenge you: your creativity and your technical skills are the only resources available. Or so it seems, because in a solo situation you’re duelling with two presences: one, of course, is the audience, and as Derek Bailey used to say, a solo is a duo with the people who listens, but the other is even more determinant, the space around you, sometimes acting very much like there’s another musician around. “All the Rivers – Live at Panteão Nacional” is a solo indeed, but in this recording trumpeter Susana Santos Silva is improvising with the architecture of the National Pantheon / Santa Engrácia’s Church in Lisbon, namely with its marble acoustics and huge reverberation – each phrasing, each texture is molded by the building, adding other elements to the original sound of the trumpet. Santos Silva works with her knowledge of the instrument and its possibilities, reacting to the transformations resulting from the harmonic action of the space. She’s rediscovering the exploratory, experimental side of free improvisation, somewhat lost during decades of gradually fixed procedures.

All music by Susana Santos Silva

Sample of the music can be heard and bought here.