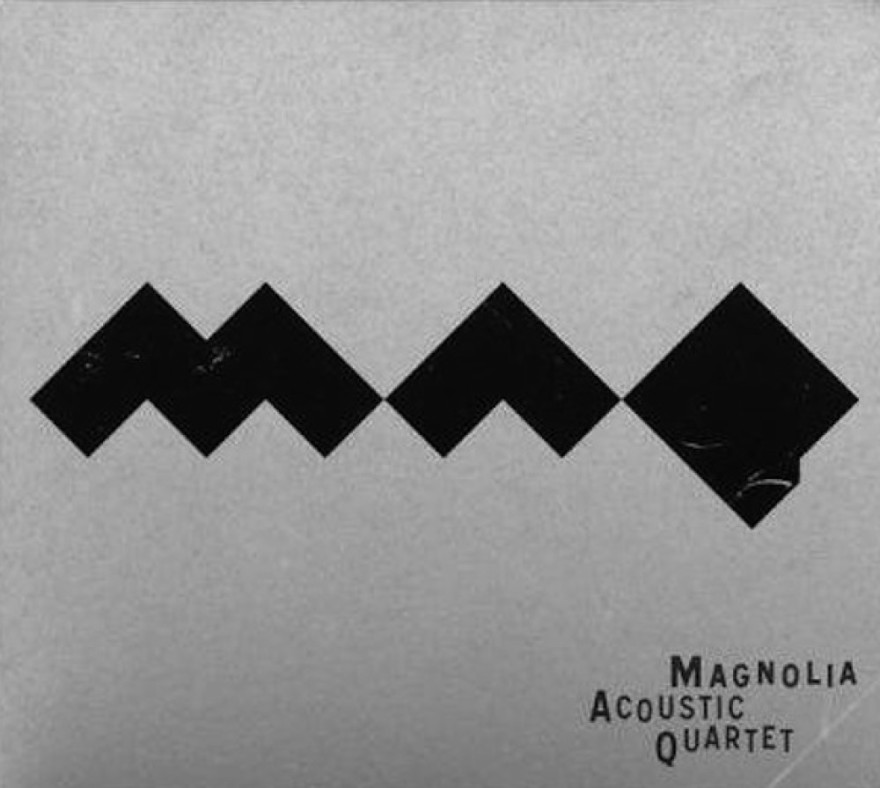 To complete an unusual bunch of titles for the issue I got for you here The Magnolia Acoustic Quartet début recording. Its not the latest one but it doesn’t really matter as the music it contains could be possibly recorded few years back as same as in the upcoming future. If you like labels like CIMP, Atavistic, Cryptogramophone, Hat Hut, AUM Fidelity ,FMP or Leo or adore artists like Cecil Taylor, Joe McPhee, Fred Anderson, Ivo Peerlman or Mikolaj Trzaska , etc. – then your going to love that music.

Why ? Because there is pure spirit of freedom and power caught up during this session. Something miraculous and rare, what doesn’t happen too often. This kind of spontaneity and courage to play with an open heart and mind such an adventurous sounds doesn’t come every time. Hardly any it happens when the youngsters catch up the subject.

It had been taken just in a year after the sax player Szymon Dziworski decided to start the band with a rhythm section employing Patryk Dobosz on Drums and Mateusz Dobosz on Bass. Quartet is completed by pianist Jakub Sokolowski, who composed the music on this excellent recording. Set contains 12 tracks : Six entitled and six numbered improvisations.

There is no such place in music heritage which those guys didn’t dare to explore. In a very intelligent way they took a lot from the tradition and made it their very own. Opening Coming soon somewhere sounds like an open score to invite all those who would like to join. There is a lot of room left and composition is framed into somewhat a big band like arrangement than music for the quartet.

Coming after Mademoiselle C, is just pure beauty and gentleness, bringing immediately the great Bill Evans to mind. If I guess right and the title pays tribute to former Paris Vogue editor-in-chief and fashion stylist Carine Roitfeld, then it would be difficult to find more sophisticated music to describe the person.

Kwartofle are giving the listener the first taste of band’s improvising abilities. Tittle is a puzzling word mixing meaning of a word quartet with a word potatoes. So in a purely improvising manner, let everyone try to get for himself all the universe of imagination behind that tune 😉

Boozer, the next track slows things down. It’s a loose platform for both piano and sax set on consequent bass walking accompanied by constant drums bit , with just a few breaks coming when soloists are introduced.

Wonderful Sleeping with Dolphin is my favourite track here. Romantic piano introduction meets here saxophone lament in the highest climax. The tune itself acts as an intro for following improvisations. It is fastening all together nicely as improvisations are not purely taken from the jazz tradition , but also from contemporary classical music and impressionists’ minimalist achievement.

It is hard to describe somehow particular pieces ,and definitely not easy to compress it as the path for inspiration is vast like an eight lane motorway with ideas speeding up here and there in every possible direction. Take that picture as my best description and you might then guess what I mean. If you like to drive you have to get in – it is as simple as that.