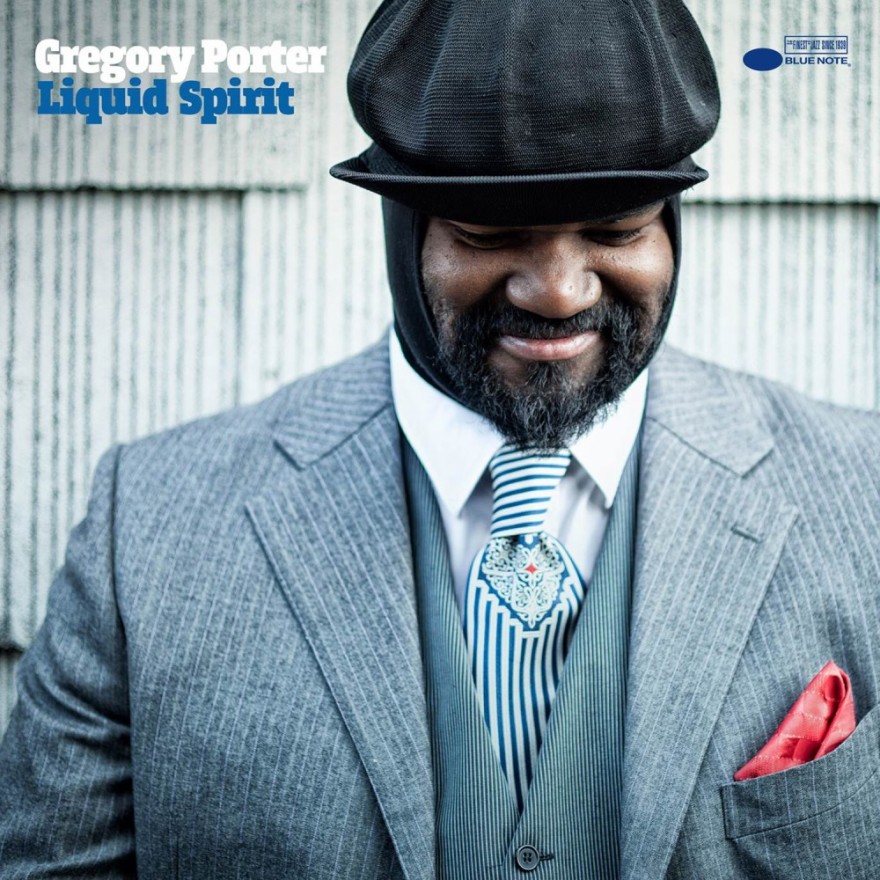 I am following Porter’s recordings with true adoration since I heard his début Water long play.

Then an excellent Be Good followed and now we have got another début here: Liquid Spirit is the latest one and it is as well Gregory’s enter into renowned Blue Note label. Once you are there you became a part of the Jazz History and life is not the same again. On the other hand Blue Note has now in their Stables both greatest male singers of our times: Kurt Elling and Gregory Porter.

His voice has always had massive volume. This is something which was obvious to Greg’s pianist and arranger Chip Crowford. Those Two are a real match in heavens and as a tandem which understands each others needs intuitively and supplying an excellent output. Gregory’s musicians remains the same ,which is good as they truly worked out together a unique style and changing that would affect this fragile balance.

This album contains 14 beautiful compositions which are all built on the same well trusted formula. With Chip’s interaction with Greg’s vocal being a core on which Yosuke Sato builds his own deeply lyrical phrases and trustworthy section is always there when it is needed . We also got here fantastic brass arrangements which adds to the blend some special flavour. The whole album gains more vigorous nature due to that. But Greg’s previous couldn’t be called slow either. There were always a massive deposits of energy which had been waiting culminated just to erupt. But this is a vocal début of the year for God’s Sake – so the real power comes with the lyrics ,and here as always ,they do not disappoint.

They all have this something which makes you want to listen to them all over and over again. Wolfcry , Blue Grass and When Love was King , similarly like I am feeling Good on Water , on which I heard Greg’s wonderful and deep baritone for the very first time, are those songs which are presenting his voice in its purest form , with Chip’s piano accompaniment building around to make harmonies just perfect. Listening to this is a real pleasure. This is when Greg and Chip come at its best and are showing the class for their own.

It is most contemporary achievement where they makes you aware who’s paths they are following, but showing you in the same time that there is still an unknown path to step on in the front of them. You can hear there Cole Porter ,Marvin Gaye, Tony Bennet, Jimmy Scott to just name a few .You can also hear frequently reminiscent of Elling’s phrasing, even if his scatting and vocals are not quite up to that level yet, they posses full tone and richness which heralds that New King is Born. For the rest we have to wait.

This is simply excellent album and a milestone in today’s male vocals. Those careful listeners who pay full attention will be rewarded greatly ,as every next listening to this brings more and more to the table. And as it is always the  true with Porter – the driving force lays in his originals.

These are lyrics that make a singer great . They always were.