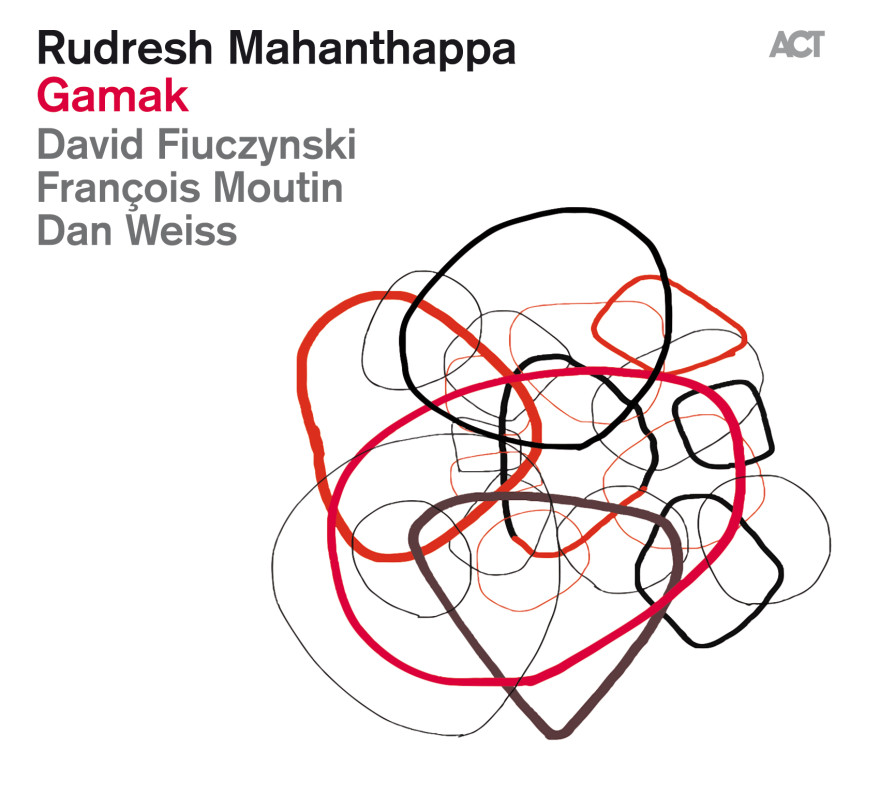 Gamak is saxophonist’s second long play for ACT ,but when watched carefully it comes as a fact that this is his thirteenth album as leader or co-leader. On the same occasion it re-unites him with his old band mates – bass-man François Moutin and drummer Dan Weiss, the rhythm section from his long-running quartet he’s been recording his Codebook album for PI in 2006.

On the top of that appears David Fiuczynsky – legendary American guitarist and a master of micro tonal style , whose eclectic virtuosity and undefined psycho rock inclinations bring a whole new world to explore for Rudresh – restless spirit himself and undaunted innovator. His hindu American background makes him unique figure on music firmament, not even exclusively appropriated by jazz, but also by Indian traditional, American Rock and even Chinese scales and Balian gamelan reminiscences .

All music on the recording are Rudresh’s originals. Really hard to find more influential individual on today’s sax firmament and Mahanthappa really is one of a leading figures of his generation. Knowing his Kinsmen and Sandhi projects I had really a chance to get used to that whatever you believe you can expect to happen – you are wrong . And here they didn’t disappoint either.

Opening alto solo on Waiting is Forbidden with all its power and intensity reminds me Wadada Leo Smith trumpet playing. There is not many things you can compare this to, even less one would like to stay purely in the music department. If Coltrane was born in Karnatic India or by the chance got anywhere close to there – it would be close to imagine which form he could adopt to express his religious passion.

Following Abhogi changes the face radically. It is more like a cross of Country tune with Hawaiian flavour trying to charm the Raga. I told you. Step further is Stay I .It shows phrasing which is more melodic and is full of rich thrills. But just behind the corner there are completely different notes waiting for a listener. Blend of Indian harmonies riding on psychedelic rock section and constantly exchanging views with Fiuczynski’s guitar are both surprising and overwhelming.

Both soloist’s creativity and contemporary talk makes it happen and it really is BIG !You can find an echoes of Oren Bloedow’s The Whistling Hangmen there ,as well as some similarities to John Lurie’s early trips. Somehow it takes a lot from John Zorn’s Naked City projects as well as from Knighting Factory aesthetic which is good, but Rudresh’s Indian spirit definitely makes it different and very individual. Despite all connotations the home work had been well done they definitely posses their own voice. More of that it is the one well worth to listen to.

Recording quality is rather special too, what helps enjoying complicated structures of the compositions even more. It is a must for every modern Jazz fan.