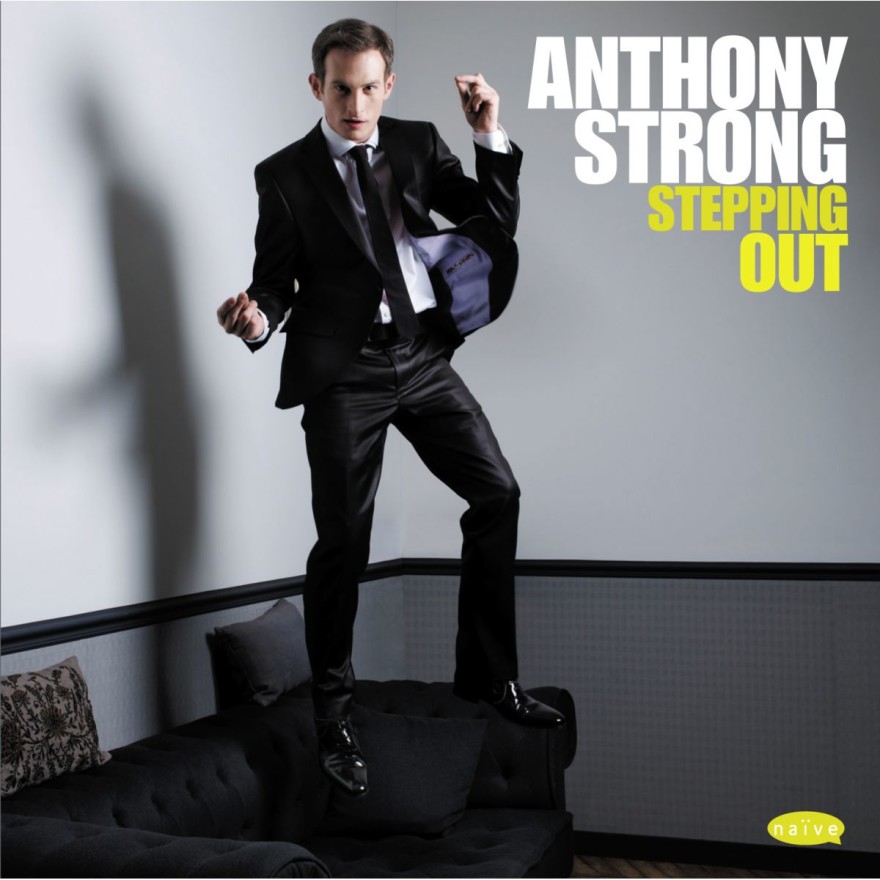 Male vocal league had been a subject of few important make ups over last few years. Since early 90-ties Harry Cornick’s Jr. many things changed. Guys like Peter Cincotti, and Michael Buble brought further attention to the discipline, but the real game changer was Kurt Elling.

After years of interregnum the crown which Frank left had been finally put on another head. But now when we got an outstanding Gregory Potter competition really became tough. In Britain only Jamie Cullum proved his strength against American mainstream. So British really needs more talents that Simon can deliver if they want to stay in the game. Hopefully it is all about quality ,not quantity and such a person is here. Let’s talk about Anthony then and his début album recorded for French Naive label.

We are finding here samples from core repertoire which belongs to famous songbooks like Berlin’s, Porter’s ,Gershwin’s, a few more modest like Stevie Wonder for example and a bunch of his own originals. Classics are giving us a chance to compare to above mentioned gentlemen, as they all had recorded them.

Anthony’s approach lays closer to Corrnick- Cincotti, than to the others but surely he is a voice of his own. Opening Porter’s Too Darn Hot classic shows immediately his originality and attention paid. Arrange is sparkling and changes in tempos are glittering. His self piano accompaniment is brilliant ,brass arrangements fits spot on into quasi commercial arrangement, which in fact just pretends to be like that , to make it more dancing and far for original’s smoothness. Scat outro shows clearly that he made his lessons great .

Following Change my Ways, his original shows again how much he gained from other masters and with full respect blended to its own. With funny lyrics and semi spoken lyrics it brings me memory of Elling’s Oh my God especially when close watching phrasing and way he is dealing with up tempos.

Luck be a Lady after brings really more attention to his piano skills, which are excellence of its own with perfect controlled dynamics and pin point precision in articulation. Without getting into further details I would only say that this men is going to be a STRONG contender to the tittle for the other top class players. He is talented, original and vibrant. Posses an elegant style and both, his piano playing and vocal, are well matured and already mastered on the beginning on his way.

From that point we can only expect more and better. Compositions on this recording clearly show his full control of artistic process and deep understanding of emotional qualities. Here it is hard to me to avoid one last comparison. My Foolish Heart is one of my favourites. I love deep and emotional Elling’s version . Anthony’s one defines his style exactly to me. He is not going that far. His interpretation is more relaxed, but well attached to the lyrics. He knows very well where he is the best. It suits better his bright tenor, and blends greatly with the rest of repertoire, which stretches widely between sparkling rubatos and careful and precisely written orchestral arrangements.

These are kind of choices which make a master. It’s simply TOO DARN HOT to omit. To me this is a début of the year so far.  Highest possible recommendation and a must for true vocal fans.