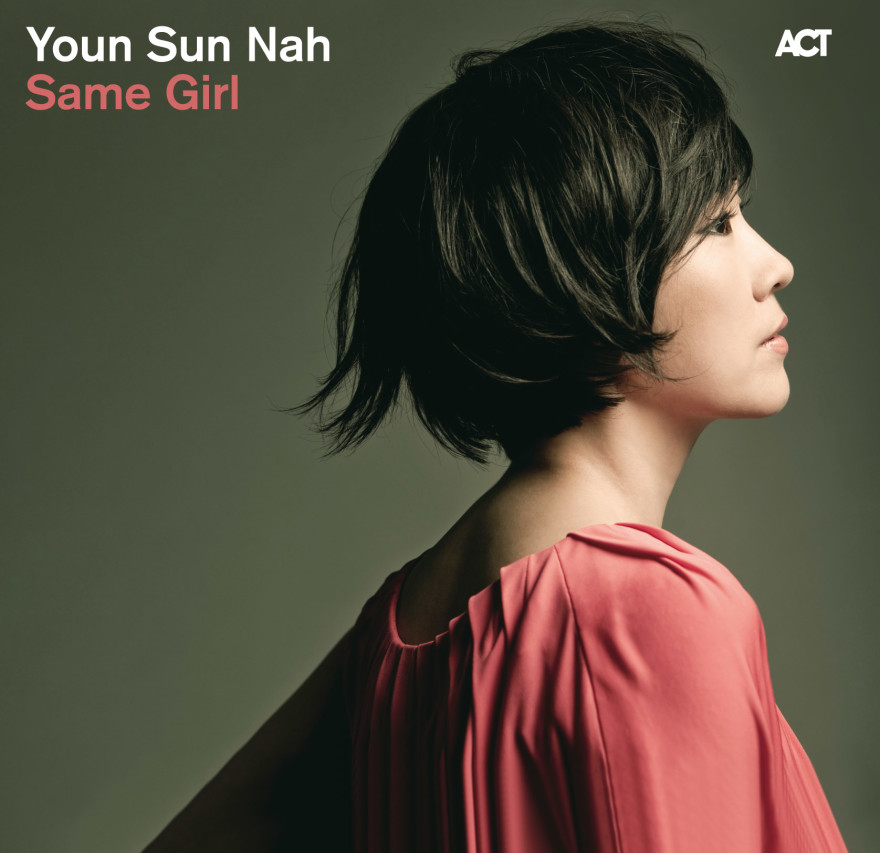 Youn Sun Nah is a 42 year old Korean singer ,but actually it is easy to be fooled by her much younger appearance. Same Girl is the 7th LP in her discography ,and a second one recorded for a prestigious German ACT Music Label and following debut „Voyage”.

After listening to the first one I had a massive headache as this music was simply incredible. Have to say that the current one is nothing but a killer too. There is a mix of few classics, not particularly jazzy ones, a couple of her own tunes and one from Ulf Wakenius, Swedish guitarist and her musical partner and label colleague.

Opening My favourite Things by Rogers/Hammerstein is ordinary overwhelming. Well known tune in her interpretation becomes a philosophical reflection. Words ,so simple have there a mark of lifetime wisdom. Hard to forget feeling and have to be heard to be believed.

Next, Frank’s My Name is Carnival is closer to original interpretation ,but framed with Youn’s amazing vocal abilities becomes again ,completely new quality. The same definition applies to Metalica’s Enter Sandman which is presented in a similar fashion just with a simple guitar accompaniment by Wakenius ,but whole palette of vocalise techniques employed there, from groaning and snarling through wailing incantation reaching areas of high pitch scream makes her interpretation almost impossible to imagine. The fact that she has no struggle to fill the gap left by heavy metal band with just her own voice speaks for itself. I can not feel there anything lacked myself.

Guitarist’s Breakfast In Baghdad is a wonderful and hi-drive piece ,with vital beat set up on traditional oriental rhythm. Duo seems to understand each other perfectly – and Nah’s singing is nothing but brilliant. Artist’s own compositions are sharing this modern dynamic vitality represented by him and all together constitute the core of this recording.

Traditional Korean Kangwondo Arirang together with Song of Regret and closing La Chanson d’Helene, sung as a French origin, are perfectly balanced counterpoint for the most dynamic parts on this recording and set up the mood permanently.

Especially trumpet’s inter-medium after words and Ulf’s guitar walking reminding late M. Davis collaborations with J. Scofield. Paradoxically Terry Cox’s Moondog, a tribute to Louis Hardin – famous modern Viking from New York streets, became the most jazzy piece of music on this tremendous recording. Obviously only from the arrangement point of view. As original is not at all ,it is quite a surprise. But to be completely honest with you not more than the others.

This record is a whole festival of surprises and what a surprises they are. I don’t like giving stars , but even if I liked it would be hard to decide here. So individual it is that it deserves highest intimacy . Can not recommend it enough.

Plus extraordinary recording quality, a hallmark of ACT Music pays the justice fully to the unique artistic quality.