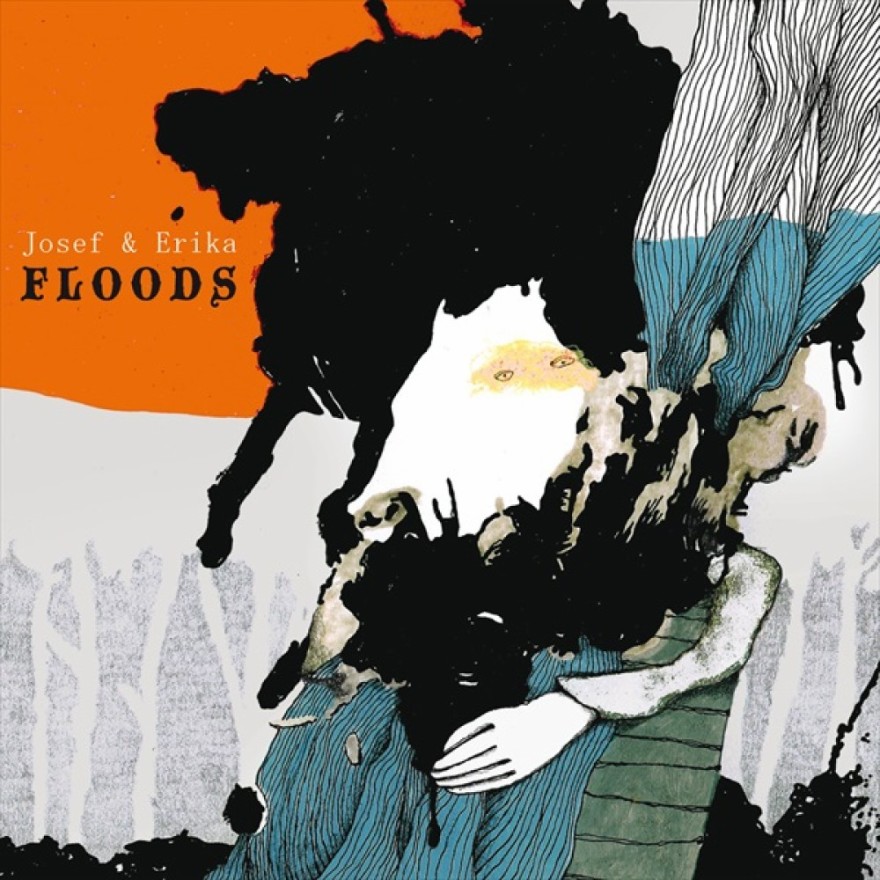 Erica Angell and Josef Kallerdahl is a young Swedish Duo I heard on the stage and I liked this so much I got their latest recording Floods straight after the set ended. Well done as other way it would be hard to source. Not having any previous experience with artists I had no expectations either.

In fact the music they present is an intelligent collage of all – jazz ,rock ,folk – more you know about music, the more inspiration you will find. On the other hand it is very personal due to the lyrics ,which are very honest and sometimes intimate. All music seems to be written by both artists without pointing out who wrote what, however some of the songs are so remarkably feminine, if you know what I mean, that it becomes obvious they must came from Erica.

An opening Blow Life in my Soul says about love and expectations in such a maternal way they could not come out of the male. Very simple poetry ,but truly touching. Musical formula reminds me alike Joni Mitchell and a little of Lori Anderson too. It’s due to songs not being just sung ,but sometimes whispered, sometimes spoken straight ,depends on the lyrics of course.

Erica with her gentle, slightly matte voice seems to be responsible for vocal duty ,but sometimes Josef joins her and they make chorales in perfect unison. Josef is the groove men in the duo. He holds tempos and builds a basement for all the pieces. On both Double bass and Bass Guitar. For this project the Duo also employed the Brass Trio : flugelhorn, french horn and tuba. It builds up very interesting arrangements. Usually Erica self accompanies herself with little organ dialoguing with the bass or brass. But here special parts had been written for the brass section or soloists to counterpoint selected lines of the piece or the singer.

Piece called Roller Coaster with its gentle rhythm marked by tambourine and vocal stepping out of the shiny brass base reminds some Irish folk songs and … the Velvet Underground.

Following Silence starts with some brass riff ,borrowed from Nyman’s “Draughtsman’s Contract”, and originally sourced from Purcell’s music. Set up on Erica’s organ burdon, with variety of the vocal patterns to serve the subject. It shows artists’ unconventional erudition and complexity.

Interactions between brass and strings (Erica’s zither and synthesiser) are among most beautiful moments on the recording. Especially Emil Strandberg’s solo (flugelhorn).

Next ,tittle song Floods is wonderfully stretched between Medieval like brasses call and responses and synthesised background. Vocal is here very emotional and slow. Overall mood reminds that what we remember as 4AD hallmark sound briefly, but it is just taken from there to the next stage, re used and not abused. With completely unexpected coming out after the break in the middle of the piece.

Following four pieces on the recording are bringing even more unexpected solutions ,mostly being a result of combining nicely blended achievements of the classical music, including latest minimal,with new romanticism, this what we remember from decades of rock and folk evolution and so many vocal inspirations that’s it is almost impossible to name them all. In one word what they presented here is very eclectic mix on one hand and very new on another. But definitely marked by both artists personalities .