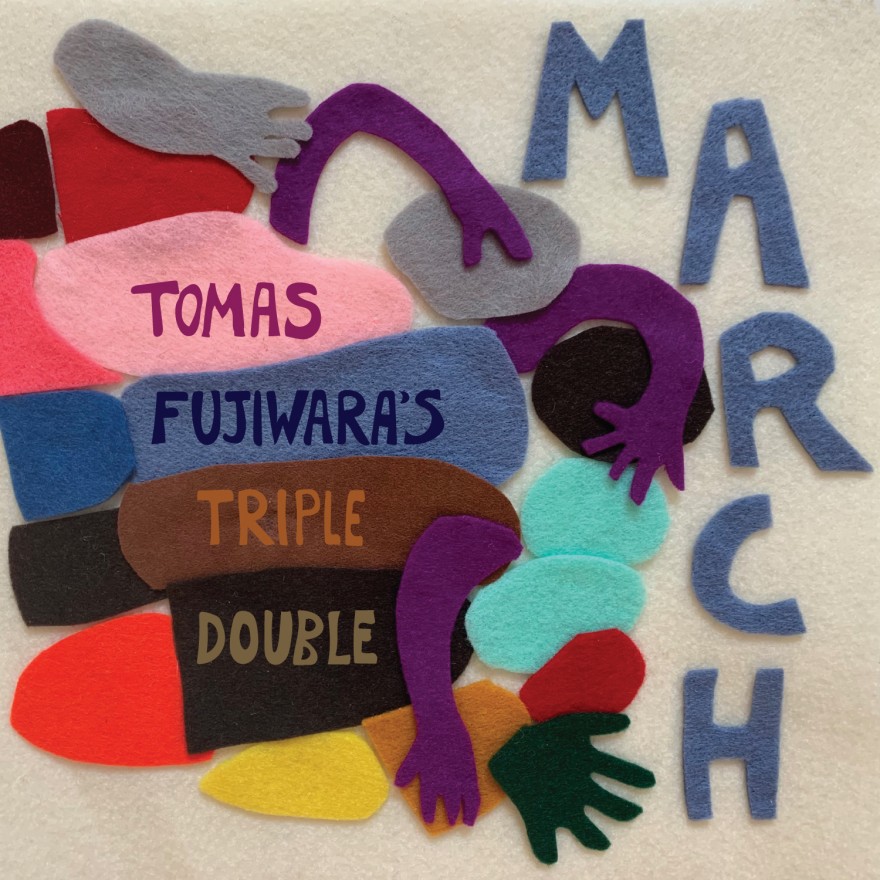 “Deliberately seeing double in the cause of exploratory jazz, Fujiwara brings together instrumentalists primed to rub each other in all the right and creatively wrong ways.“ – The New Yorker

Parsing out the various combinations possible within Tomas Fujiwara’s Triple Double feels something like wandering through a hall of mirrors. Look at it one way and you might see two horn/guitar/drum trios; turn slightly and suddenly it becomes three paired artists taking their shared instruments in radically different directions. Despite the unusual instrumentation of the ensemble, however, Triple Double is at its core a group of six distinctive individuals, each among the most innovative and singular voices in contemporary creative music – drummers Tomas Fujiwara and Gerald Cleaver, guitarists Mary Halvorson and Brandon Seabrook, and trumpeter Ralph Alessi and cornet player Taylor Ho Bynum.

On the sextet’s second album, March (due out March 4, 2022 via Firehouse 12 Records), Triple Double has also become a band in the most thrilling sense, sharing a scintillating chemistry and a sense of musical mission that remains evident no matter how far apart the various pairings and triplings stretch the music in far-flung directions.

“On the first album [2017’s Triple Double], the band was still relatively new,” Fujiwara explains. “There were a few people in the group that had never played together before. Since then we’ve spent a lot more time touring and playing together, so I feel like those connections and the rapport within the group have really deepened. That influenced my writing for this album because now I had a reference point for different places the band had gone, and I was also conscious of where else I wanted to push us as a group.”

The formation of Triple Double did bring together some new pairings – Alessi and Bynum had never crossed paths, and the drummers had never had the opportunity to share the stage despite Fujiwara’s long held admiration for Cleaver. At the same time, the grouping also reconvened some well-established hook-ups (to borrow the name of another Fujiwara ensemble). Bynum and Halvorson are both among Fujiwara’s most frequent collaborators, in each other’s ensembles as well as (in Fujiwara and Halvorson’s case) in the collective trio Thumbscrew. Triple Double grew out of a trio that the drummer formed with Alessi and Seabrook.

“When I first put the band together I made a pretty exhaustive list of all the different combinations of the six of us,” Fujiwara says. “On this album I really wanted to hone in on the subtle shifts that can happen with the addition and subtraction of different musicians in the ensemble. It feels like there are endless possibilities, which is really exciting.”

Opener “Pack Up, Coming For You” offers perhaps the most explicit example. The tune begins with the trio of Fujiwara, Bynum and Halvorson. After they trade improvisations their counterparts emerge and the second trio takes over for a time. Finally all six combine and the full scope of the group dynamic is revealed. Like its predecessor, March includes an improvised duet by Fujiwara and Cleaver in tribute to the bandleader’s childhood teacher, Alan Dawson. 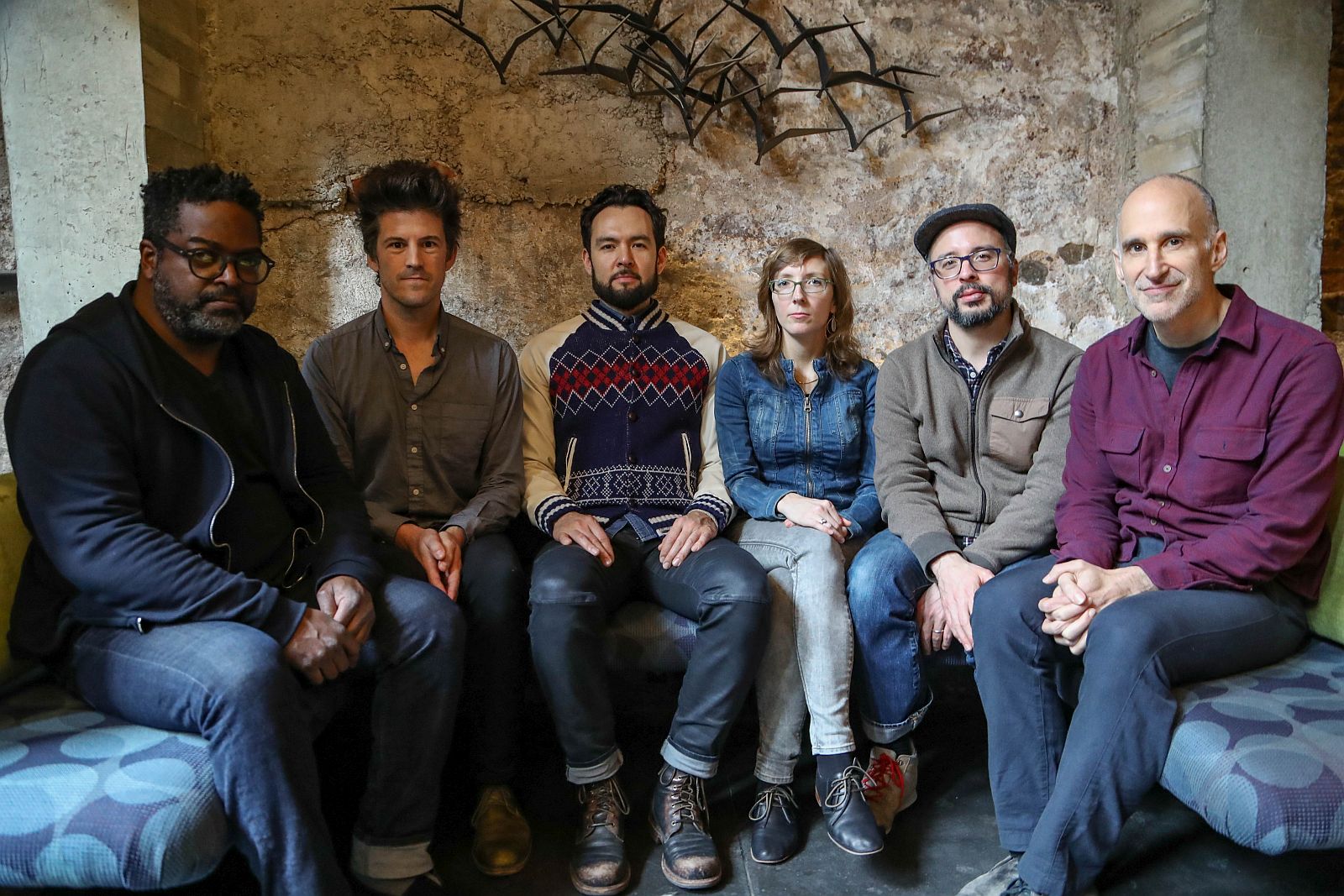 The unique combination of instruments is in some ways a challenge, offering little guidance for a composer. At the same time, Fujiwara found the lack of precedent refreshing. “Not having a blueprint can be challenging,” he explains, “but at the same time it can be quite liberating and inspiring. If you’re leading a guitar trio and want to do something personal with it, it can be difficult to get out from under the shadow of all the great guitar trios that came before. With this there isn’t that history, so it takes away expectations. That challenge is fun for me.”

Fujiwara took on several disparate challenges in the crafting of March. His vibraphone playing is given a much more prominent role, while the floating, airy “Life Only Gets More” was instigated by the fact that drummers are so rarely asked to solo over ballads. The album was also recorded fairly quickly and spontaneously, despite the challenging material – an approach prompted by Fujiwara’s love of classic Blue Note Records.

“On many of the sessions they would just call in a group of musicians, they’d show up, the bandleader would have some charts on the music stand, they’d run through them and just record them. And yet they’re now eternal classics that we love. I wanted to capture some of that magic.”

Like the name of the ensemble, the new album’s title also folds multiple meanings into a deceptively simple word. At its most basic, March is the month of the album release – but of course it’s a loaded date, falling exactly two years after much of the world went into pandemic lockdown and ensembles like Triple Double were suddenly indefinitely separated. The gulf has proved a long one for this band in particular, having recorded the album in late 2019.

But March also implies movement, as suggested by the felt assemblages that grace the album’s colorful artwork. The multi-hued group embracing on the cover could be dancers stepping in rhythm or protesters parading for a cause. All of those meanings danced in Fujiwara’s head as he penned the music for March, especially as he titled the tunes in the midst of the tense protests that erupted throughout 2020.

“There’s something about marching that is very evocative to me,” the drummer explains. “It’s a coordinated activity that always has a group intent behind it – which could be peaceful, violent, revolutionary, stifling or joyful. Marching can take on so many different forms, but it’s always a group activity for a group cause that represents those intentions or feelings by a show of numbers together in one direction. Oftentimes it’s not about getting from point A to point B, it’s simply the act of marching and of being together that expresses the point.” 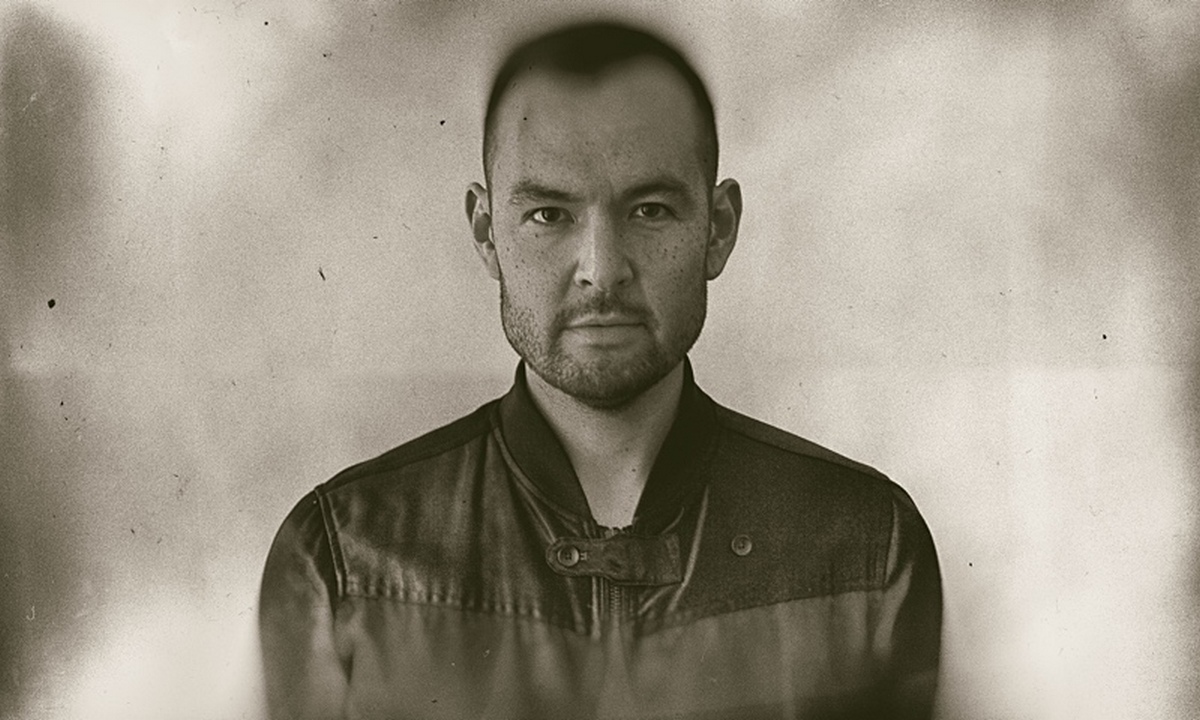 Described as “a ubiquitous presence in the New York scene…an artist whose urbane writing is equal to his impressively nuanced drumming,” Brooklyn-based Tomas Fujiwara is an active player in some of the most exciting music of the current generation. He leads the bands Triple Double (with Gerald Cleaver, Mary Halvorson, Brandon Seabrook, Ralph Alessi, and Taylor Ho Bynum), 7 Poets Trio (with Patricia Brennan and Tomeka Reid), and Tomas Fujiwara & The Hook Up (with Jonathan Finlayson, Brian Settles, Halvorson, and Michael Formanek); has a collaborative duo with Bynum; is a member of the collective trio Thumbscrew (with Halvorson and Formanek); and engages in a diversity of creative work with Anthony Braxton, John Zorn, Halvorson, Matana Roberts, Joe Morris, Bynum, Nicole Mitchell, Ben Goldberg, Reid, Amir ElSaffar, Benoit Delbecq, and many others. In 2021, he won the DownBeat Critics Poll for Rising Star Drummer, and premiered two suites of new music as part of his Roulette Residency: “You Don’t Have to Try” (with Meshell Ndegeocello) and “Shizuko” (with Bynum, Reid, Rafiq Bhatia, and Davi Vieira).

“Drummer Tomas Fujiwara works with rhythm as a pliable substance, solid but ever shifting. His style is forward-driving but rarely blunt or aggressive, and never random. He has a way of spreading out the center of a pulse while setting up a rigorous scaffolding of restraint…A conception of the drum set as a full-canvas instrument, almost orchestral in its scope.”