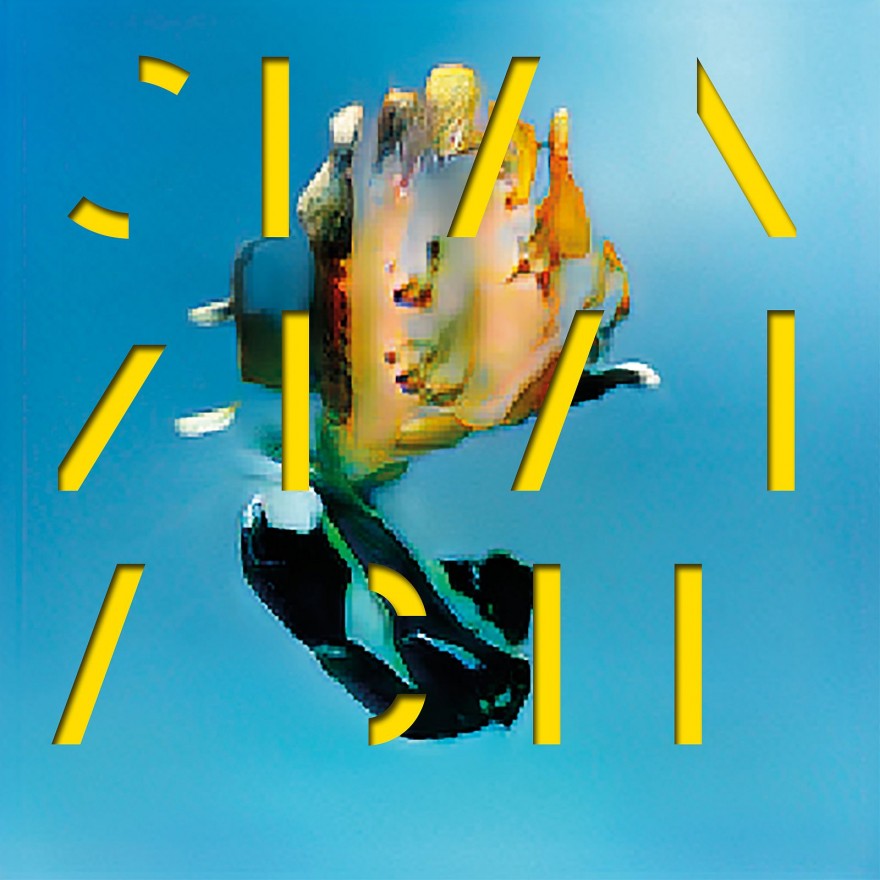 A remarkable album produced through artificial intelligence design and interaction with modular synthesisers is the latest offering from British musician Sam Britton aka  Isambard Khroustaliov.  Sam’s music had always being exploring some cyber musical Universe in sort of avant garde, but that one is taking the whole experiment even further,

Shanzhai Acid takes its inspiration in equal parts from the Chinese culture of imitation electronic products that often surpass that which they imitate, and the ‘psychedelic consciousness’ that cultural theorist, Mark Fisher, video and conceptual artist, Jeremy Deller, and sound artist Florian Hecker, amongst others, have inferred from the social and philosophical catalyst of ‘Acid’ musics. Created using an orchestra of mutant modules and bastardised synthesisers conducted and played by DIY Machine Learning (ML) algorithms, Khroustaliov designed Shanzhai Acid to explore what kind of auditory trip this combination of idiosyncratic sound generators and ML could hallucinate into the world of electronic new-music:

“I was thinking about the whole DeepDream experiment, where a neural network designed to identify faces is run in reverse. Whilst my iterative process wasn’t the same as this, it involved using machine learning to train my computer to be able to completely reprogram and play all of the synths I had chosen. I hooked up the AI to a machine listening algorithm and had it try and match the sonorities and patterns in existing bits of twentieth-century classical music. The source musics I played it were selected because I found them interesting in terms of fluidity and precision in their performance gestures.  I see the final compositions like a kind of weird DeepDream for audio, where patterns and sonorities in the source material are translated and abstracted using the AI to the sonic identities of the synthesisers on which they are trained and played.”

Across the ten movements of Shanzhai Acid, vortices of covariance, fractal geometries and nonlinear attractors are born, evolve and die as sonified complex systems in the hands of an omni valent machine savant. Hundreds of parameters and routing assignments are invoked from hundreds of thousands of training data points, exploding the labyrinth of analogue circuitry into myriad trajectories, sometimes improvising constellations and galaxies of sound that dance and weave before collapsing in on themselves like black holes. As these nucleic worlds evolve and collide, the rigours of musical analysis spontaneously combust, leaving only a kind of amorphous ectoplasmic string theory of sound. In this effervescent, primordial flux, noise forms evolve and run amok, speaking in tongues, self-organising and conjuring for their listeners spontaneous creation paradoxes.

Whilst it reminds of the complex, granular music of Autechre, Fennesz’s reimagined environments, the deconstructed dance music of Lorenzo Senni, and the expanse, gestures and sheer reach of Gerard Grisey’s spectral master-work: Les Espace Acoustiques, Shanzhai Acid exists in its own intersection of art, design, music and technology where process and function are transcended to produce an album of extraordinary auditory allusions. “Retrain in Cyber” they said. Q.E.D 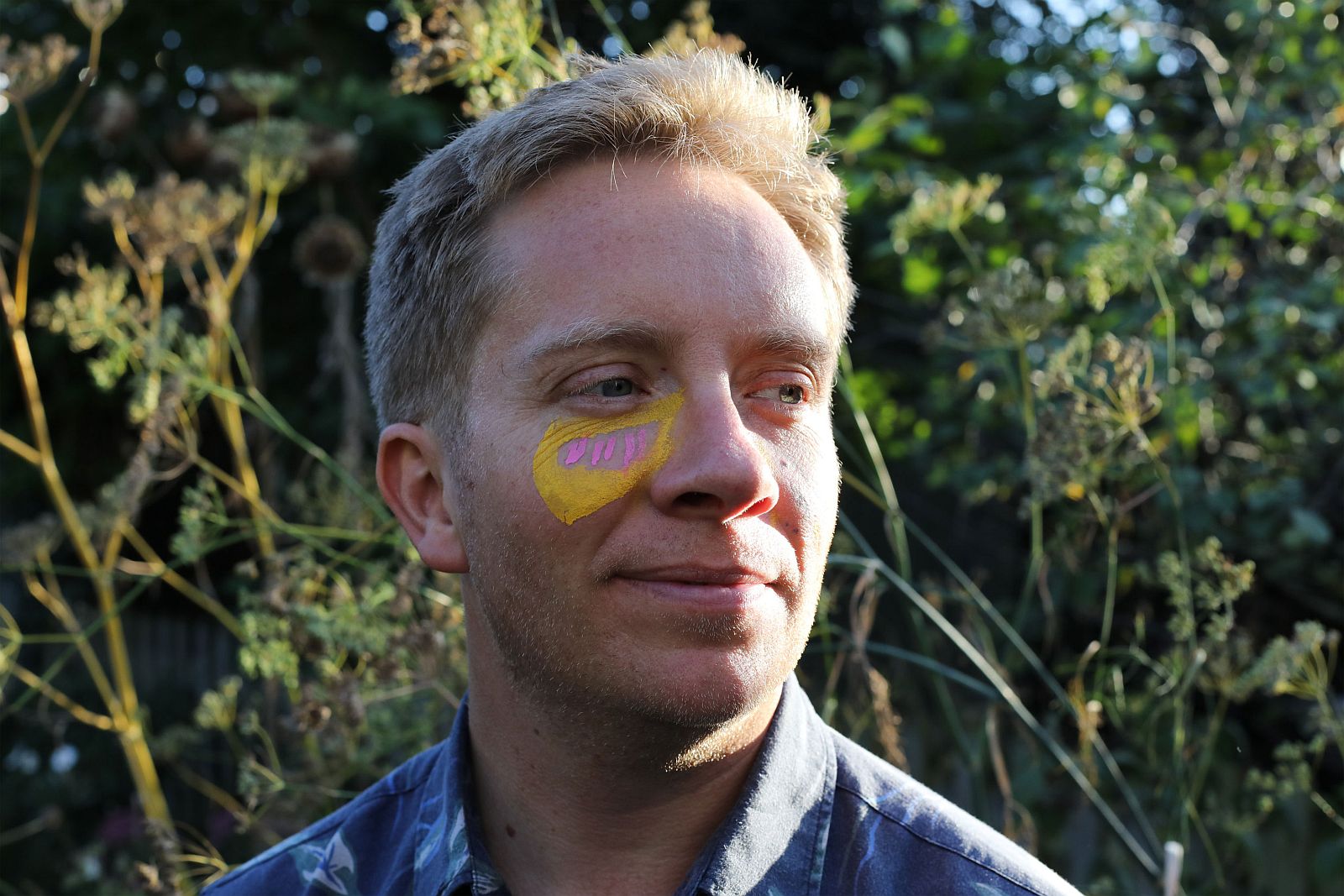 Isambard Khroustaliov – Biography
Isambard Khroustaliov is the alias of electronic musician, composer and sound artist Sam Britton. Sam trained as an architect at the Architectural Association in London, but now works across the borders of music composition and performance, sound design and installation, software development and research. He holds a PhD in electronic music and composition and has been a resident composer and researcher at IRCAM in Paris and STEIM in Amsterdam. Sam has also worked with the London Sinfonietta as part of their Writing the Future commissioning scheme, with Aphex Twin on his Remote Orchestra project, and is an associate member of Matthew Herbert’s New Radiophonic Workshop.

Since 1997 he has recorded and released music for a number of independent electronic music labels in the UK, Europe and the US (PAN, Temporary Residence, The Leaf Label & Output Recordings, amongst others) and performs internationally with his various groups, solo, and in collaboration with numerous improvising musicians and ensembles. His first solo album, an anthology of composed work entitled Ohka (released in 2009) built on his work with various soloists using live electronics – encounters that are also documented over the course of several
critically acclaimed duo albums. The themes of this approach to music-making, which seeks and interrogates new possibilities for the relationships between musical composition, technology, instrumentation, and gesture, are further expanded upon in recent solo albums This Is My Private Beach, This Is My Jetsam and Transhuman Harmolodics.

Running in parallel, notable collaborative work includes Elegiac with Ted Milton (Blurt) and Graham Lewis (Wire); a suite for two improvising musicians and autonomous electronics entitled Long Division; and Fake Fish Distribution, an album in 1000 variations, created using generative and parametric software techniques. With Will Worsley, Sam is also the co-founder of the audio production company Coda to Coda whose work for film, animation, installations, digital platforms and games has been awarded internationally.

Mastered by Isambard Khroustaliov at Coda to Coda, London.
Artwork by Atelier Elephant.
CC-BY-SA 2022 Not Applicable

Not Applicable is a group of musicians, composers, visual artists and filmmakers collaboratively developing and openly prototyping new approaches to their respective artistic pursuits. Not Applicable is an open-ended framework which encompasses both the realisation and documentation of these collaborations in the form of performances, installations, recordings and films.
Not Applicable Recordings put out its first recording in 2002 and to date the catalogue numbers over 50 releases featuring collaborations with numerous international artists, including Icarus, Rudi Fischerlehner, Leverton Fox, Damo Suzuki, Ted Milton, Isambard Khroustaliov, Oliver Duckert, Maurizio Ravalico, and Ollie Bown.