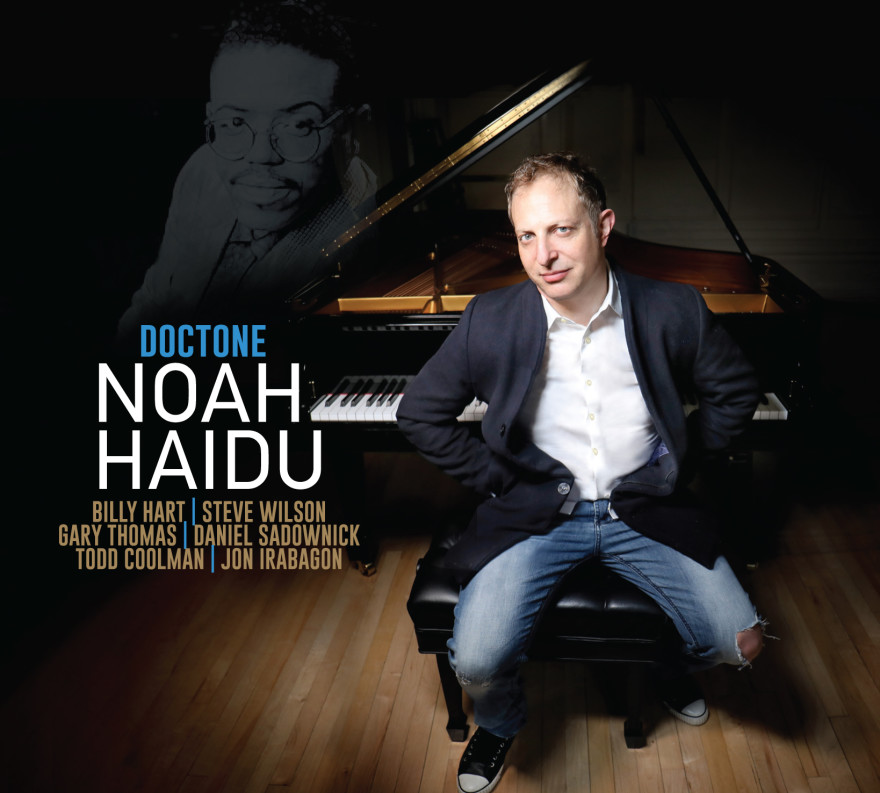 “Haidu is one of the finest young jazz lions…with jazz luminaries like trumpeter Jeremy Pelt and alto saxophonist Jon Irabagon gracing the band as part of a core quintet, rising above their powerful performance is quite an accomplishment and Haidu does just that.” – Edward Blanco, JazzTimes

Pianist Noah Haidu has etched out an uncompromising identity as a pianist and composer by balancing cutting edge songwriting with stirring improvisations. On his new Sunnyside release Doctone, Haidu reaches a new level of self-expression while exploring the work of one of his major influences, the late Kenny Kirkland. As Noah writes in the liner notes: “Doctone is the first recording dedicated entirely to Kirkland’s original music. I view Kenny as the most unique composer and pianist of his generation. Because he died young and avoided the spotlight, his brilliant compositions have been overlooked for too long.”

Doctone is a multimedia project which includes a recording of Kirkland’s music, as well as an original book by Haidu and a film directed by Jeffrey Chuang. The documentary about Kenny’s life and his contribution to music will be released on what would have been his 65th birthday, September 28, Book and film to feature interviews with Sting, Jason Moran, Billy Hart, Delfeayo Marsalis, Jeff “Tain” Watts, Ronnie Burrage, Rodney Jones, Steve Wilson, Mark Sherman, Todd Coolman and Kenny’s siblings, among others.

When Haidu went into the studio in the summer of 2019 to record an album of music by Kirkland he set aside most of his preconceptions about making records. “I typically set out to build a cohesive statement with each album so that the pieces fit together like chapters in a book. This project was different. I didn’t work through the repertoire on many gigs or do a lot of rehearsing, though I’ve always been moved by these songs. The result was that in the studio I had a visceral response to material that was fresh and emotionally compelling. Kenny was known as Doctone by his close friends. I never got to know Kenny, but after working on this project I sometimes feel as though I did.”

Haidu’s choices of collaborators added perspective to this passion project. Billy Hart is a relentlessly creative and vital drummer who both Haidu and Kirkland worked with early on in their development. Bassist Todd Coolman propels the band forward with a fluid, effervescent beat; tenorist Gary Thomas brings his remarkable language to Kirkland’s compositions; while contributions by saxophonist Jon Irabagon and percussionist Daniel Sadownick stretch the tonal palette. The masterful yet gritty alto/soprano saxophonist Steve Wilson seems to “breathe” the music rather than play it.

Haidu’s connection with Kirkland goes back to Noah’s youth when Kirkland turned pop music on its head playing jazz solos and keyboard grooves in Sting’s early “post-Police” tours. Over the years, Haidu has mined many of the raw musical elements which caught his ear in those early days. Regarding Kirkland’s influence, Noah says: “The greatest lesson I take from him is a certain ‘devil may care’ attitude to performance: once you have enough vocabulary and genres to draw on you just go for it and see where the inspiration leads.”

Haidu recorded Doctone at a point of peak creativity. His extended six-part suite Infinite Distances received 4.5 stars from DownBeat Magazine and made that publication’s “Best Albums of the Year” issue in 2018. Perhaps as a reaction to his father passing away a few days before Infinite Distances was released, Haidu has since found new avenues of expression during his performances. Haidu says of his evolution: “Although these days as a composer I gravitate towards long-form, through-composed pieces, as a performer I feel an urgency to express musical ideas and emotions spontaneously, so that changes the repertoire. I don’t often play my most complex pieces in public.”

In early 2019 Haidu toured with a new band featuring Hart and Coolman and the inception of this trio gave Haidu the opportunity to present a fresh repertoire centered around Kirkland’s original compositions. Hart had a strong connection with the music. Kenny had been on his first two recording dates as a leader and they had played together during the 1970’s on various fusion, Afro-Latin, and avant-garde projects.

By summer 2019 the band decided to record nine of Kenny’s songs over a couple of days. The sessions were documented on video, and the musicians talked throughout about their relationship to Kenny and his music. Hart recalled the origins of some of the pieces and shared that he was having an “emotional reaction” to recording the music. Steve Wilson talked about the inspiration he felt when first hearing Kirkland with the Wynton Marsalis Quintet in the early 1980’s and how that band had inspired him and his contemporaries.

The album opens with a spontaneous yet lyrical free improvisation from Haidu and Hart: “Those were the first notes we played when we sat down in the studio. The opener captures a certain reverential melancholy that we were feeling about recording music by Kenny.”  Noah later titled the piece “The Doctor of Tone” in reference to Kirkland’s nickname. “Midnight Silence” offers a slow rendering of Kirkland’s dense yet gorgeous harmonies, sliding into new tempos and time signatures for Haidu’s solo and Wilson’s excursions. The brooding theme “Blasphemy” follows. Unlike Kirkland’s concise original recordings these versions feature improvisations which build to wailing explorations as the band reaches peak after peak. Kirkland’s two most well-known pieces are also included. The sinewy melody of “Steepian Faith” is treated with a funky odd-metered counter-point before finding its way back into the deeply joyful groove suggested by the original. The haunting “Dienda” is initially given an extended “out of time” exploration by Haidu, Hart, and Coolman before introducing the pulse and finally ending in a gospel-tinged 3/4 chorus. Gary Thomas’s unique melodic language and Haidu’s fiery soloing are heard on “Mr J.C.” “Tonality of Atonement” is a multi-directional trio statement, inspired by Hart’s initial encounters with Kirkland on the 70’s avant-garde scene. “Chambers of Tain” and “Fuschia” feature some of Kirkland’s most adventurous rhythmic ideas while “Chance,” first recorded by Kirkland and Hart on Hart’s 1984 album Oshumare, serves as a moody set closer.

Looking back on Kirkland’s impact, Haidu says “Kenny bridged so many musical worlds: Blues, R&B, fusion, modern jazz, and 20th century classical.” After Kirkland’s passing in 1998 Noah began collecting recordings and interviews to learn more about the pianist. In 2007 when he sat down with Branford Marsalis to talk at length about Kirkland’s life and music, the conversation left him eager to know more about Kenny. “I researched every article I could find and I started writing an unofficial biography without any particular plan to publish it. Although he was at the very top of his profession, Kenny wasn’t interested in fame. He didn’t record as a leader until his mid-30’s and he wasn’t motivated to become a big star. I can definitely relate to that.” Noah continues to interview Kirkland’s contemporaries, planning to complete his book and release a short film directed by Jeffrey Chuang documenting Kenny’s life on Kirkland’s 65th birthday, September 28, 2020. 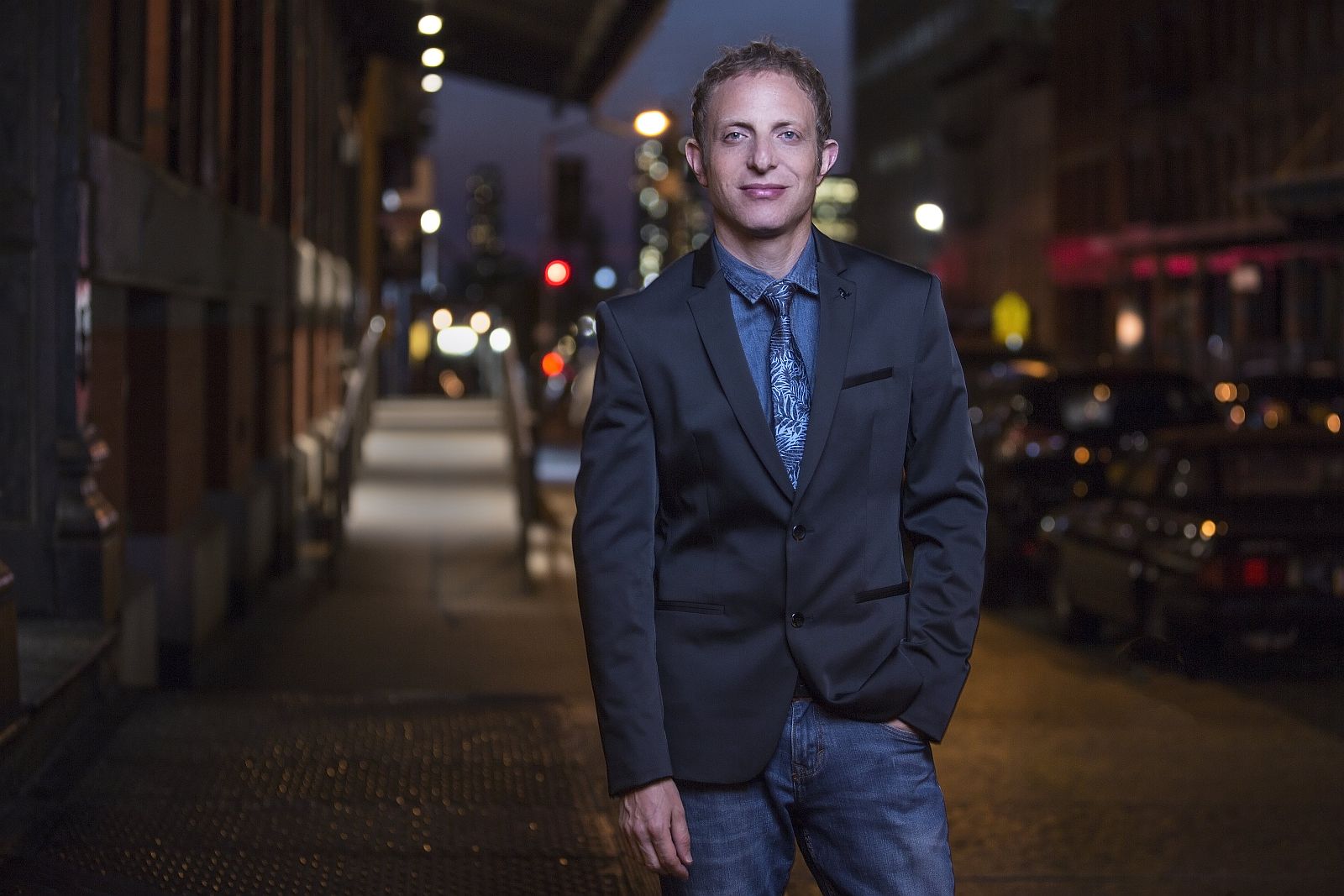 At age 19 Haidu had studied at Rutgers University for about a year with the great pianist Kenny Barron. But Noah was soon skipping classes to sit in at jazz clubs in Barron’s hometown of Philadelphia. After his second year, Haidu left college and moved to Brooklyn to devote all his time to practicing and gigging with artists such as Essiet Essiet, Duane Eubanks, Walter Perkins, Melvin Sparks, Jeanie Bryson, and Norman Connors.  After the debut of his first album Slipstream, All About Jazz said of Noah “the cat can play his butt off.”

In 2011 Haidu was called a “rising star” in JazzTimes and “an important new talent” in Jazzwise magazine. His subsequent albums and sideman work have seen him collaborating with Ambrose Akinmusire, Mike Stern, Buster Williams, Jeremy Pelt, Sharel Cassity, and Mark Whitfield Jr. After a 2015 MOCA concert his music was music dubbed “vibrant and adventurous” in the Miami Herald. New York Times writer Giovanni Russonello called him “an artist of focus and vision.” In 2017 DownBeat Magazine featured Haidu in an article entitled “Subversive Soul” and singled him out as an “assertive pianist and innovative composer.”  In addition, DownBeat gave his suite Infinite Distances 4.5 stars and chose it as a 2017 Best Album of the Year.