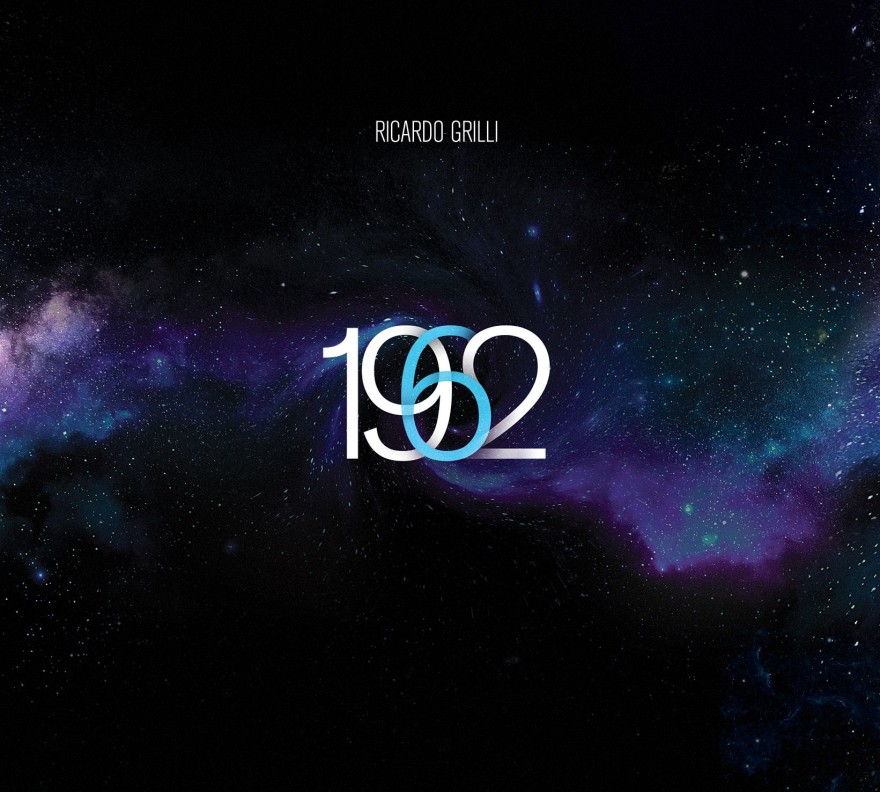 “Once upon a time” has to start somewhere. On his last album, 1954, guitarist/composer Ricardo Grilli chose to begin his own story in the year of his father’s birth – a date that also coincided with the dawn of the Space Age and the height of bebop in New York City. With his inviting yet evocative follow-up, 1962, Grilli shifts perspective by leaping forward to a new starting point: this time, his mother’s birth year.

Less than a decade separates the inspirations behind the two halves of Grill’s musical diptych. Yet the eras are markedly distinct: with 1962 (out July 10, 2020 via Tone Rogue Records) the guitarist cast his mind back to a time when bebop had fused with R&B to create the more raucous sounds of hard bop; rock and roll was evolving from its freewheeling origins to take on the rich complexities that would lead to the British Invasion and psychedelia; and his native Brazil was undergoing a tumultuous time period that would soon culminate in the 1964 coup d’état ushering in two decades of military rule.

All of that was on Grilli’s mind, but as on 1954 he avoided explicitly referencing the sounds and styles of the past when composing the music for its sequel. Instead, he focused on the idea of evolution and change that characterized the 1960s and imbued his own music with those themes. Then he enlisted a remarkable quintet with the ability to fluidly explore the guitarist’s modern concepts while harkening to the lessons of the past. Bassist Joe Martin and drummer Eric Harland return from 1954, joined here by saxophone great Mark Turner and pianist Kevin Hays.

Reflecting on the past, Grilli explains, doesn’t necessarily mean looking backwards. In his view, framing his own origins through the lifespan of his parents has allowed him to take a wide perspective of the present day while recognizing the recurrent echoes of history. “With both albums, I wanted to create connections between the past and how the future looks from there. It’s always interesting to think about what was going on back then, the context that my parents grew up in and how their taste in music passed on to me. This music takes those aesthetics and tries to modernize them through my own voice.”

Though 1962 is far from a protest record, it does take a slightly darker view from both ends of its timeline. Grilli’s own birth in 1985 coincided with the end of Brazil’s military dictatorship and the country’s first direct elections. In 2020 things seem to have come full circle with the far right’s rise to power in Brazil along with uncomfortably authoritarian tendencies in Grilli’s adopted home in the U.S. “It’s amazing to see how short people’s memories,” he laments. “It’s a pretty tricky political scenario in Brazil; we went through a few calm years and now it seems like we’re in another edgy period. It makes for more hectic, turbulent times for everybody, and I think that influenced my music.”

Whether it’s those political parallels or simply his concern for his family back home, Grilli found the influence of Brazilian music emerging much more strongly in his music for 1962 than it has in the past, though again the influences are subtle and filtered through his own singular vision. “Coyote,” for instance, is at its core a slow samba, while “Lunàtico” is built on the foundation of a maracatu groove, albeit slightly bent, as the title suggests. The name is also a reference to Brooklyn’s Bar Lunatico, a beloved venue close to the guitarist’s home.

The atmospheric intro “1954-1962” bridges the two albums, with Grilli playing alone through effects-laden guitar tones to suggest a journey through time. The band then enters on “Mars,” which continues the composer’s fascination with astronomy through a soaring piece inspired by the Red Planet. That theme also appears on “Voyager,” another title with a double meaning – in addition to suggesting the exploratory spacecraft launched in the late 70s, Voyager is also the name of Harland’s adventurous band. “Eric’s approach is to have very minimal written material and then just let the music happen. I decided to try that with this tune as my nod to Eric. It’s a fun one to play, and I feel it really takes advantage of his energy.”

In his liner notes, recently retired Smalls Jazz Club founder Mitch Borden writes, “Every decade creates its own Bird, Bud or Monk. But it becomes the goal to be not of an age but for all time.” That idea resonates with Grilli’s thoroughly modern re-imagining of the jazz idioms of the past, and for his own generation Smalls was a beacon. “183 W. 10th St.” remains the club’s address, and the piece is Grilli’s take on the forward-looking bop vibe that found a home there for musicians like Mark Turner. It was also a home base for guitarist Peter Bernstein, to whom Grilli pays homage on “Signs.”

“E.R.P.” looks farther back into that lineage, its title both a dedication to bop pioneer Bud Powell (whose birth name was Earl Rudolph Powell) and a callback to “E.S.P.,” the classic Wayne Shorter piece originally recorded by Miles Davis’ second quintet (whose existence roughly coincides with this album’s time frame, as the first quintet did with 1954). “The Sea and the Night” finds inspiration in the isolation and darkness found adrift in the limitless ocean, while “Virgo (Oliver’s Song)” was written for the birth of Grilli’s cousin’s first son.

Beyond the two timelines suggested by the album titles, Grilli sees this pair of recordings as the two halves of an interstellar journey – if 1954 launched listeners into the stratosphere, 1962 brings them home, wiser but still marveling at the vast expanse of the universe. “This album to me feels to me like we’ve gone way out there, but we’re able to make the trip back. I like to divide the journey into those two periods, with both being equally here and out there but in an inverse basis. I think it provides a nice closure for this project, at least for now.” 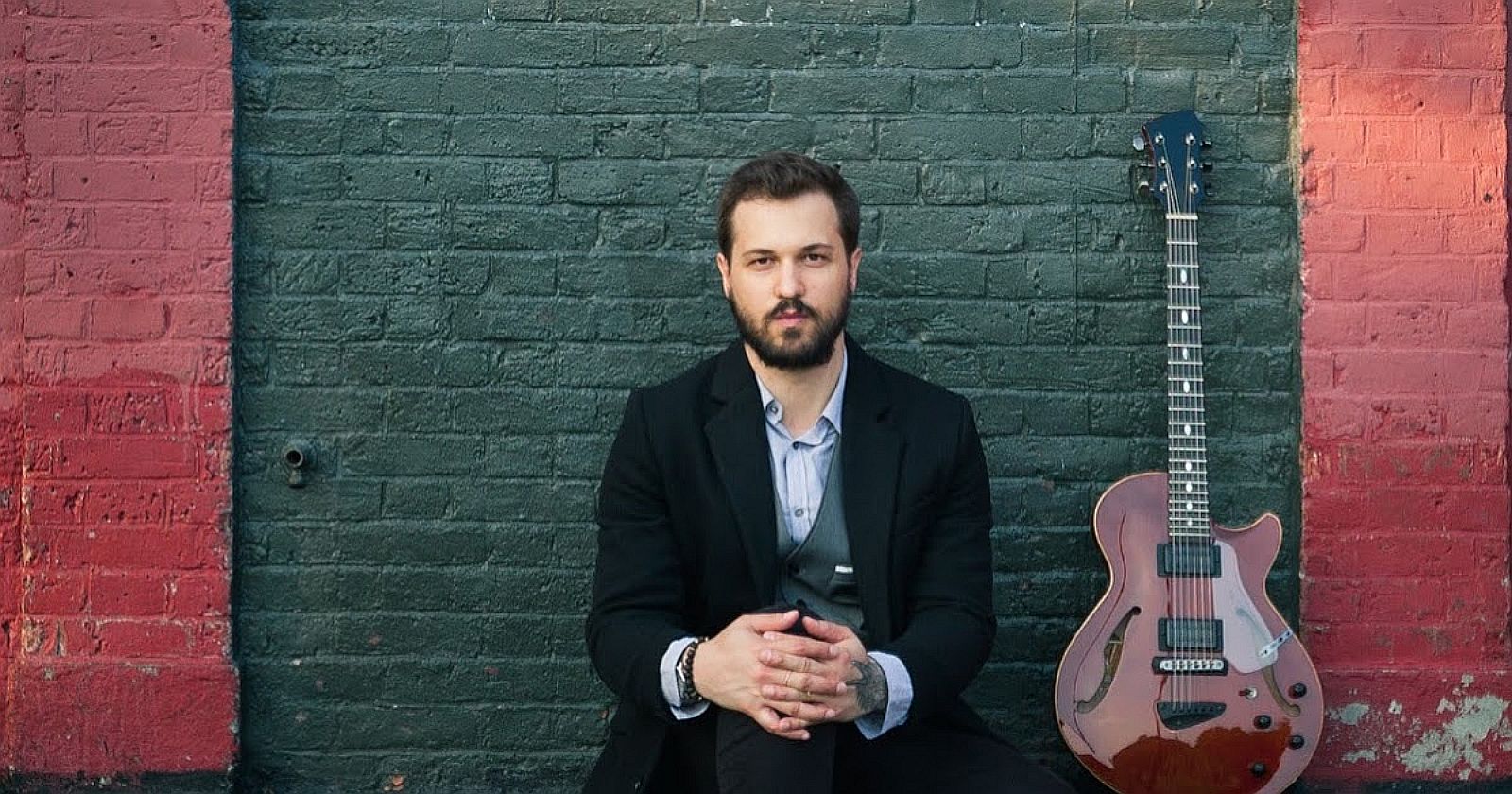 Born in Sao Paulo, Brazil, and based in New York City, guitarist and composer Ricardo Grilli is one of the most prominent voices of the modern guitar. He has performed with such renowned musicians as Chris Potter, Chris Cheek, Will Vinson, John Escreet and EJ Strickland, among others. In 2013, he released his debut album, If On A Winter’s Night, a Traveler, followed in 2016 by 1954, which featured Aaron Parks, Joe Martin and Eric Harland. Grilli holds a bachelor’s degree in guitar with honors from Berklee College of Music and a master’s degree in Jazz Studies from New York University.