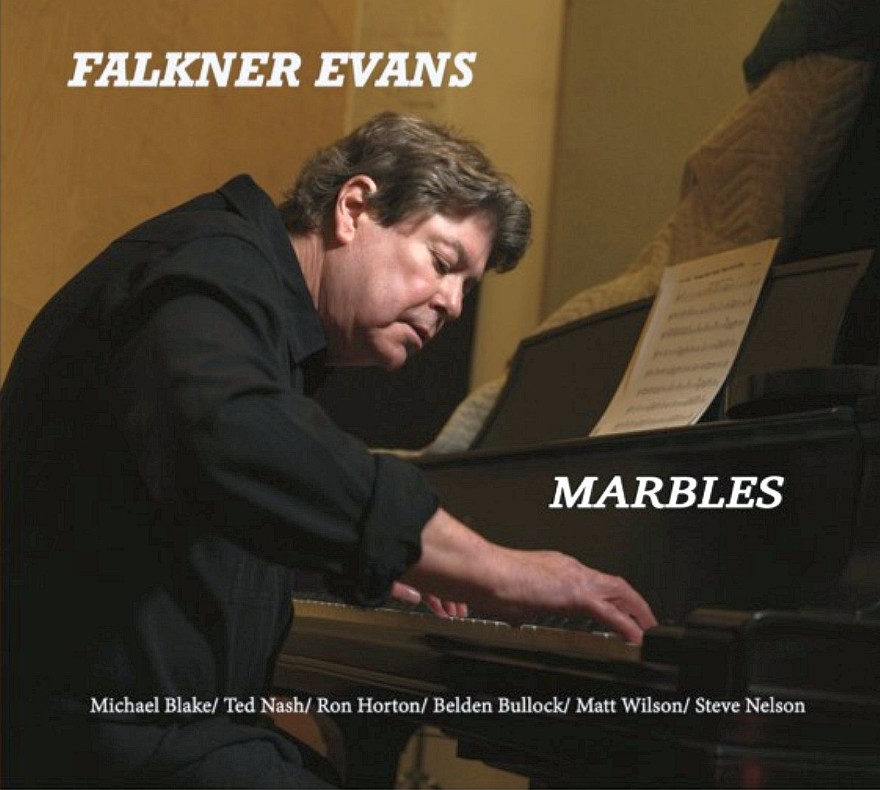 Due out April 17, 2020 via Consolidated Artists Productions

“He makes you listen carefully to discover the complexities that he configures beneath his music’s attractive but subdued surface.” —Thomas Conrad, JazzTimes

There’s a victorious sense of “winner takes all” implied in the phrase “all the marbles.” That may not be what pianist and composer Falkner Evans had in mind when he christened his captivating new album Marbles, but the notion fits nonetheless. With this intriguing and spirited set, Evans has managed to assemble an all-star band that still works together with the camaraderie and chemistry of a road-tested unit; his writing for the three-horn front-line balances the flexibility of a small group with the harmonic richness of a big band; his brilliant original compositions offer the surprises of the new paired with the familiarity that comes from such indelible melodies.

Marbles carries forward the compositional evolution that Evans last displayed on his 2011 release The Point of the Moon. Where the pianist’s first three releases featured his trio, The Point of the Moon widened his scope to include trumpet and saxophone. Marbles expands the palette even further; returning are drummer Matt Wilson (a constant throughout Evans’ discography), bassist Belden Bullock (who joined the trio on 2007’s Arc) and trumpeter Ron Horton, whose experience writing arrangements for Andrew Hill helped color the music for Evans’ band. New to the ensemble are saxophonists Michael Blake and Ted Nash, with vibraphonist Steve Nelson as a special guest on three tunes.

“I wanted to bring together the best musicians that I could think of, but I wanted them to sound like a band,” Evans stresses. “All of these guys are so in-demand that working around their schedules was a challenge, but I didn’t want this to sound like we were all just thrown together. I wanted the music to feel like it was second nature.”

It’s a testament to Evans’ gifts as a composer and bandleader that he was able to achieve that goal. Just take a listen to the album’s closing piece, a brief rendition of Duke Ellington’s “Things Ain’t What They Used To Be,” which is the album’s sole non-original composition. More a snapshot than a full-fledged performance of the piece, the joyful number puts the band’s playfulness on full display, while a quick quip form Nelson, a Wilson rim-shot, and a gale of collective laughter show off how quickly the band jibed, despite blending members who have been friends for decades with those meeting for the first time in the studio.

“I love these guys a lot,” Evans says. “We’ve all become really good friends. I’m so pleased that everybody was able to do this. It was an experience.” 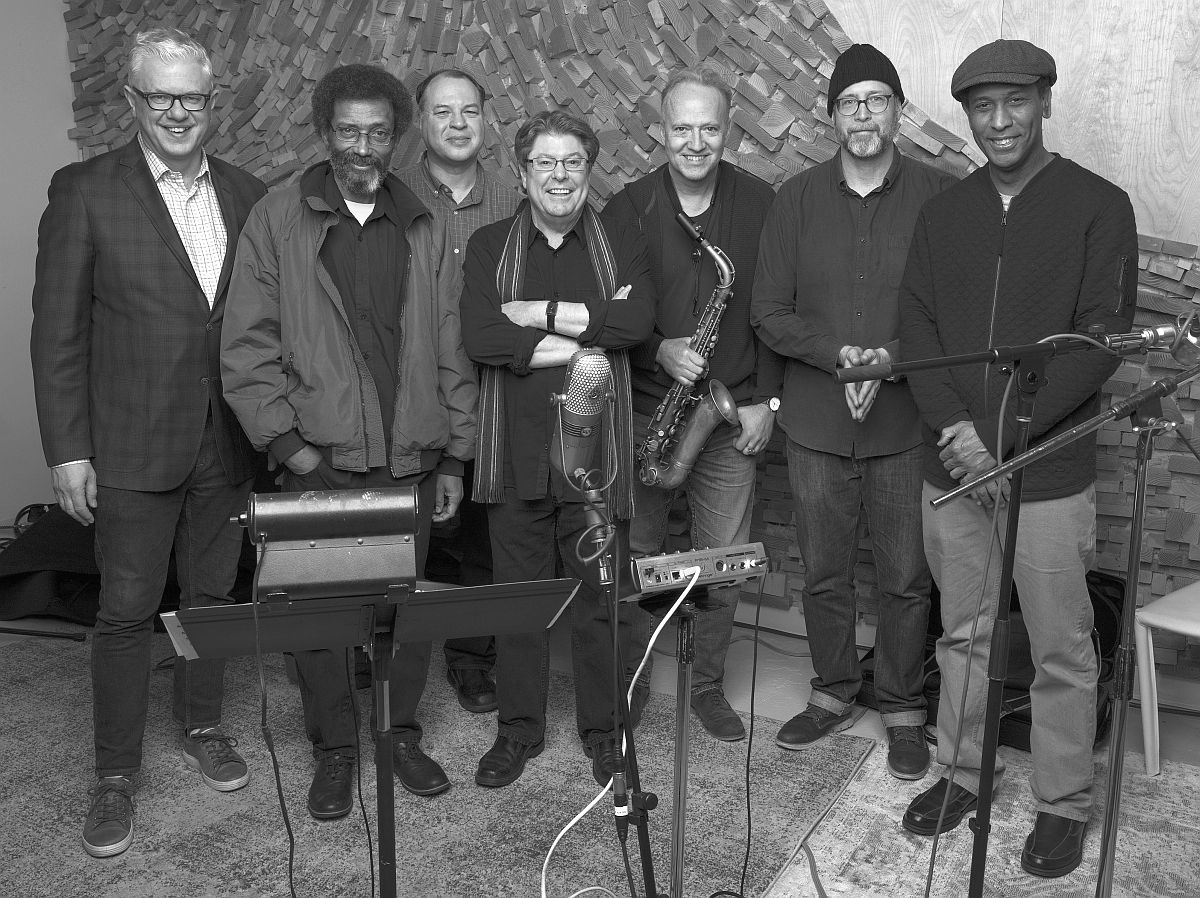 The listening experience is equally warm and generous, well making up for the nine-year wait between releases. In the interim Evans has kept busy with a variety of projects, more often than not working in solo or duo situations in the clubs near his Greenwich Village home. But in his mind’s ear he kept hearing something larger, richer, more complex.

“I was just hearing all of these harmonies,” he says. “It’s interesting: as great as it can be, two horns sounds like two horns. With three horns you can do so much more with the orchestration. That was the basic inspiration for this album.”

The unique blend of the intimate and the orchestral provided by the instrumentation seems a natural outgrowth of Evans’ singular voice on the piano. Throughout Marbles, the bandleader displays an elegant yet dynamic touch, rich with evocative, alluring harmonies that entice listeners with sonic mysteries to explore. Each of Evans’ solos speaks eloquently in the distinctive language of his deftly tailored compositions, unfolding with the grace and economy of a compelling storyteller.

Navigating the simmering rhythms of the title track, Blake uncoils a tense, probing solo that builds with a pressure-cooker intensity without ever quite boiling over. That sensation is carried forward into Evans’ taut turn, which spins dazzling filigree from minimal material with the craftsmanship of a master weaver, all the while parrying Wilson’s rollicking jabs and barbs, held aloft with a juggler’s gravity-defying skills.

The album opens with the alluring sway of “Pina,” dedicated to the esteemed German choreographer Pina Bausch and inspired by filmmaker Wim Wenders’ remarkable 3D documentary of the same name. Evans’ composition is something of an imaginary offering to the late dancer, in whose intricate footsteps the pianist, Bullock and Nash (on flute) seem to nimbly follow on their solos.

From simple, mild beginnings to increasing urbanity and complexity, the gentle but firm swing of “Civilization” echoes the arc of societal evolution. The introspective “Sing Alone” is ushered in by a dazzling, crystalline solo introduction by the leader, while the shifting tempos of “Global News” reflects the hectic unpredictability of the news cycle. Nelson comes to fore on the sun-dappled “Hidden Gem,” his vibes rippling like concentric waves on still water.

The turbulent angularity of “This From That” occupies a middle ground between Mingus and Monk, contrasted with the gleeful spirit of “Mbegu.” Something about the piece reminded its composer of Henry Mancini’s classic “Baby Elephant Walk,” which suggested its title – the name of a pachyderm that Evans and his wife sponsor. “Dear West Village” is a love letter to Evans’ neighborhood of more than two decades and its still-thriving straight ahead scene, a place where the tune itself would fit right in. 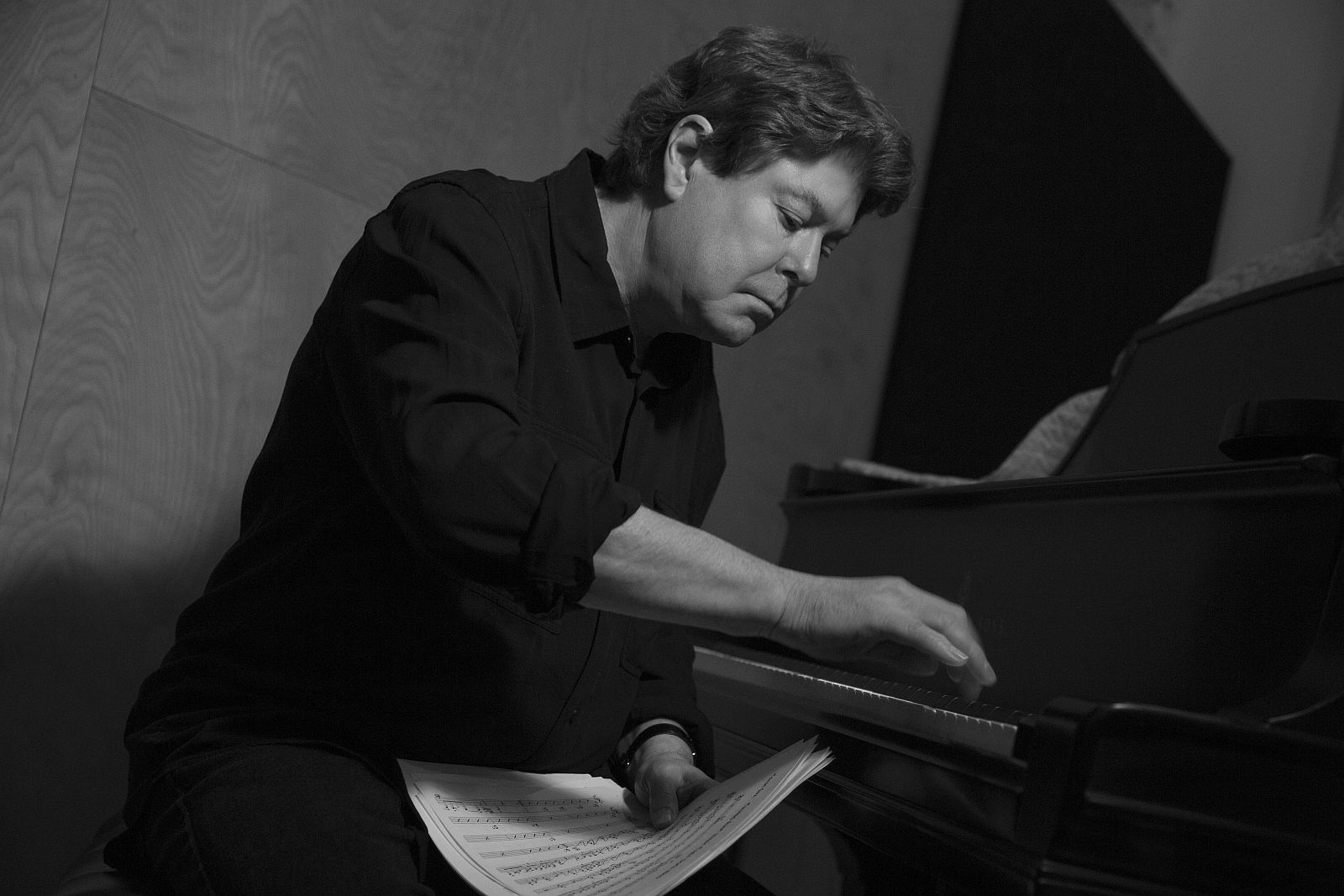 Originally from Tulsa, Oklahoma, Falkner Evans is a New York-based jazz pianist with an eclectic musical background. A third cousin to iconic author William Faulkner, Evans grew up on classic 60s rock and R&B before getting hooked on jazz in high school, then garnered his first professional experience playing with famed western swing band Asleep At The Wheel for four years. He moved to New York City in 1985 and quickly became involved in the busy scene, recruiting Cecil McBee and Matt Wilson for his leader debut, Level Playing Field. Two more trio dates followed before Evans expanded his horizons in 2011 for the quintet outing The Point of the Moon.