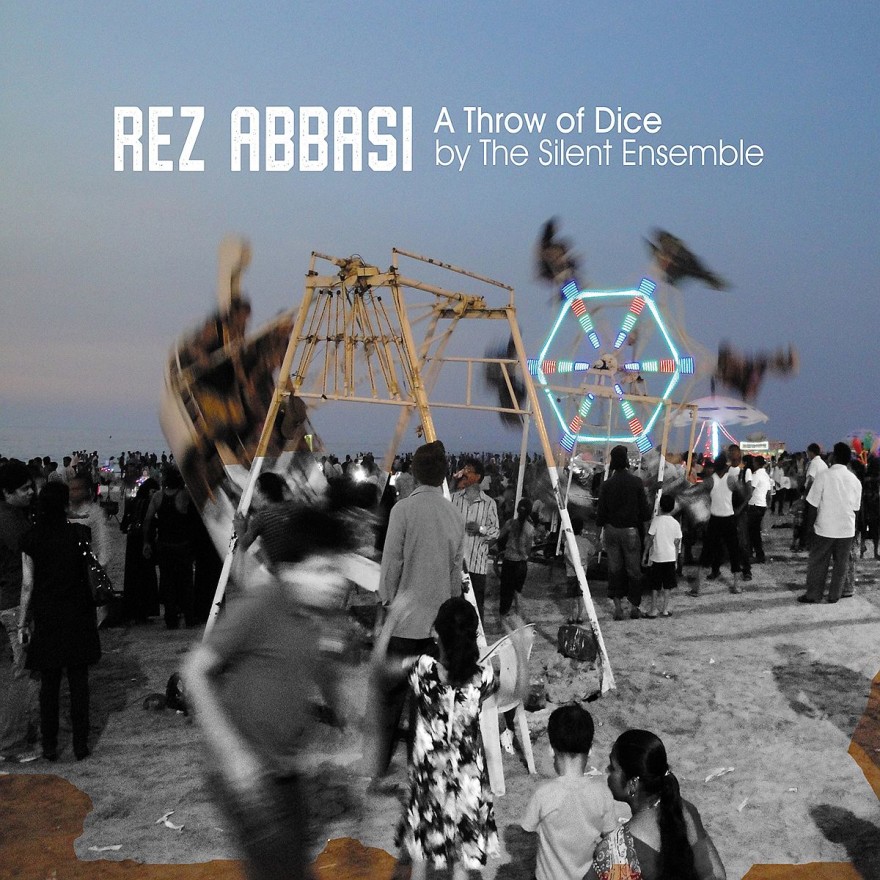 The project was commissioned in 2017 by David Spelman, curator of the celebrated New York Guitar Festival. Following an Abbasi trio performance at WNYC’s Green Space, hosted by veteran radio DJ John Schaefer, Spelman quickly recognized the eclecticism and power in Abbasi’s music and what his broad musical range could bring to a larger concept. “The idea was to write a new score for the historic 74-minute film A Throw of Dice, and to perform it live at Brookfield Place in Manhattan and The Krannert Center in Illinois,” explains Rez. “The film is simply amazing – the last and widely regarded as the best in a trilogy made by German director Frank Osten – shot in dramatic locations within Rajasthan with ‘jungle’ animals and a cast of thousands.” The tale is based on an episode from The Mahābhārata, one of two epic Sanskrit tales of India from 8th century B.C.E. that retains its relevancy in our times.  The moral and philosophical story of love and manipulation plays out in a very human fashion, and delivers an important message that greed ultimately can never win.

Inspired by ragas and Indian rhythms, Abbasi has created a sequence of richly aromatic soundscapes which, importantly, reflect his own jazz, western classical and rock music personality. This began as a musical narrative – a through-composed “collaboration with Indian and cinematography history” with both scored and improvisatory responses to on-screen action. Yet away from the visuals it’s a striking creation, integrated and brought to life by each member playing multiple instruments; standard jazz instrumentation augmented by sitar-guitar, cello, bansuri flute, ghatam, mridangam and kanjira. As Rez states, “It was imperative to have a versatile group in order to mirror the flow of the film. With these textural possibilities, I felt I had the flexibility to keep the music aligned with whatever emotional content the film presented.”

The episodic mystery of Abbasi’s music is compelling, as gentle acoustic guitar and flute melodies shift into atmospheric percussion and sitar-guitar is bolstered by the jazz vibrancy of sax riffs and heavy grooves. Blissful moments of beauty abound, from the echoic tenor soloing in ‘Amulet and Dagger’ to the calming flute, guitar and cello tranquility of ‘Seven Days.’ In contrast come the dancing jazz and rock motifs of ‘Jugglers’ and ‘Moving Forward,’ while Abbasi’s extemporary prowess shines through in sumptuous ‘Wedding Preparation,’ complete with gloriously mesmeric exchanges between electric guitar and soprano saxophone.

“This album is quite different from anything else I’ve done – something I would not have created had it not been for the film’s guidance, which is so pleasing,” enthuses Rez. “Engaging with the characters’ emotional and psychological content the visuals, along with other stimuli, galvanized my ideas. However, as subservient as I was to the film, knowing that the music was going to be released separately made it important to create an engaging listening experience that would be strong on its own. The added bonus is, as a performance piece the pockets of improvisation allow it to evolve every time.”

Guitarist and composer Rez Abbasi is an artist who continually pushes boundaries in meaningful ways. Born in Karachi, Pakistan and raised in Southern California since age four, he studied jazz and classical music at the University of Southern California and the Manhattan School of Music, supplemented by a pilgrimage in India under the guidance of master percussionist Ustad Alla Rakha. Abbasi’s music is a vivid synthesis of all the above stated influences and genres. Voted #1 “Rising-Star Guitarist” in 2013’s DownBeat Critics Poll and subsequently placed in the “Top-Ten Guitarists” alongside luminaries Bill Frisell and Pat Metheny, Abbasi has become one of the most original voices on the current scene. Making New York home for the past 25 years, the guitarist’s unique playing and composing can be heard on his now thirteen albums. Garnering multiple awards and composition commissions, Rez Abbasi continues to find creative ways to enrich diverse audiences with his musical projects.

14.Morning Of The Wedding

You can BUY Rez Abbasi’s  A Throw of Dice here: