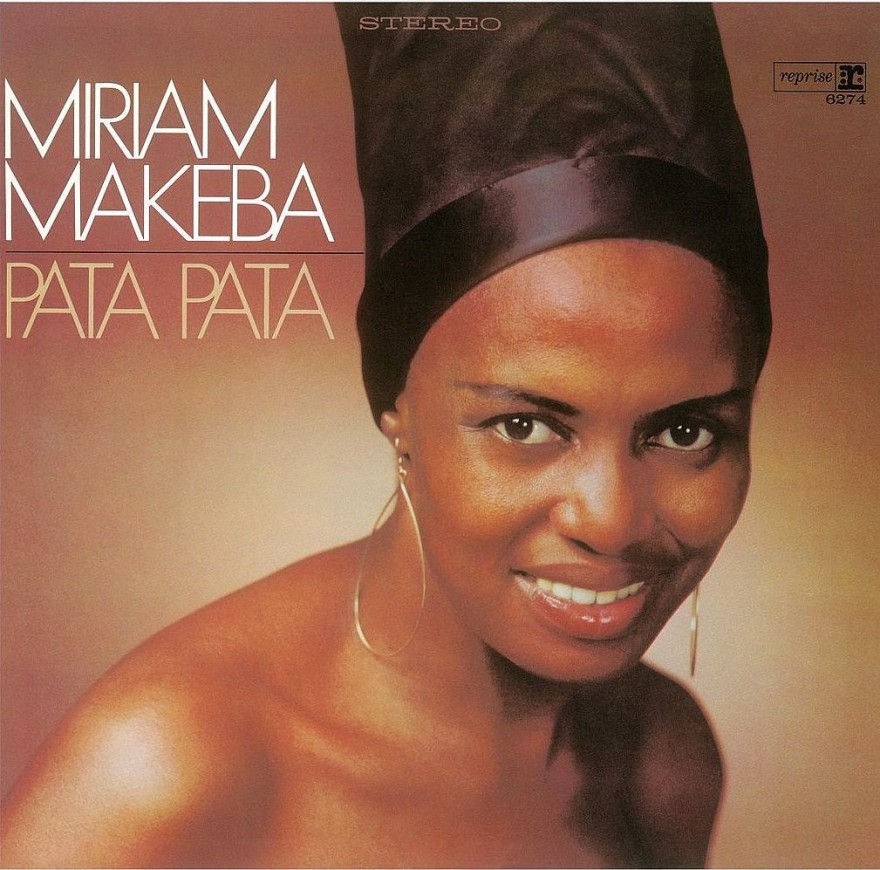 The album marked a significant international breakthrough for Makeba. Moving to the US after the anti-apartheid film ‘Come Back, Africa’ gained international attention and staying there in exile, she quickly built her career in New York during the ‘60s, mentored by Harry Belafonte. Signing with Reprise after a period with RCA, she returned to one of her older hits with the Skylarks: “I wrote ‘Pata Pata’ back in 1956, back in South Africa,” remembered Makeba in her autobiography. “It was a fun little song and I was thinking of a dance that we do at home (“pata” means ‘touch” in Zulu and Xhosa).”

Originally a hit in South Africa with her early vocal harmony group the Skylarks, the new recording, produced by Jerry Ragovoy, brought a lighter uptempo R’nB arrangement, adding some English lyrics. “It was my first truly big seller. All of a sudden, people who never knew I had been in America since 1959 were asking me to be on their television shows and play at their concert halls during 1967. In the discotheques, they invented a new dance called the ‘Pata Pata’ where couples dance apart and then reach out and touch each other. I went to Argentina for a concert and, across South America, they are singing my song.”

The track peaked on the Billboard Hot 100 at no. 12 and the album. Other songs on the album included a version of the traditional Xhosa classic, ‘Click Song Number One’ (‘Qongqothwane’), the atmospheric ‘West Wind’, later famously covered by her friend Nina Simone, and a version of Tilahun Gessesse’s ‘Yetentu Tizaleny’ which Makeba learned on a trip to Addis to perform for Haile Selassie at the Organisation Of African Unity.

Mastered by The Carvery from the original reel to reel tapes, ‘Pata Pata’ is released in its mono and stereo versions for the first time. Physical formats feature brand new sleeve notes alongside rare photos from the time of recording and session details.

Out now on 2LP, 1CD, streaming and digital.