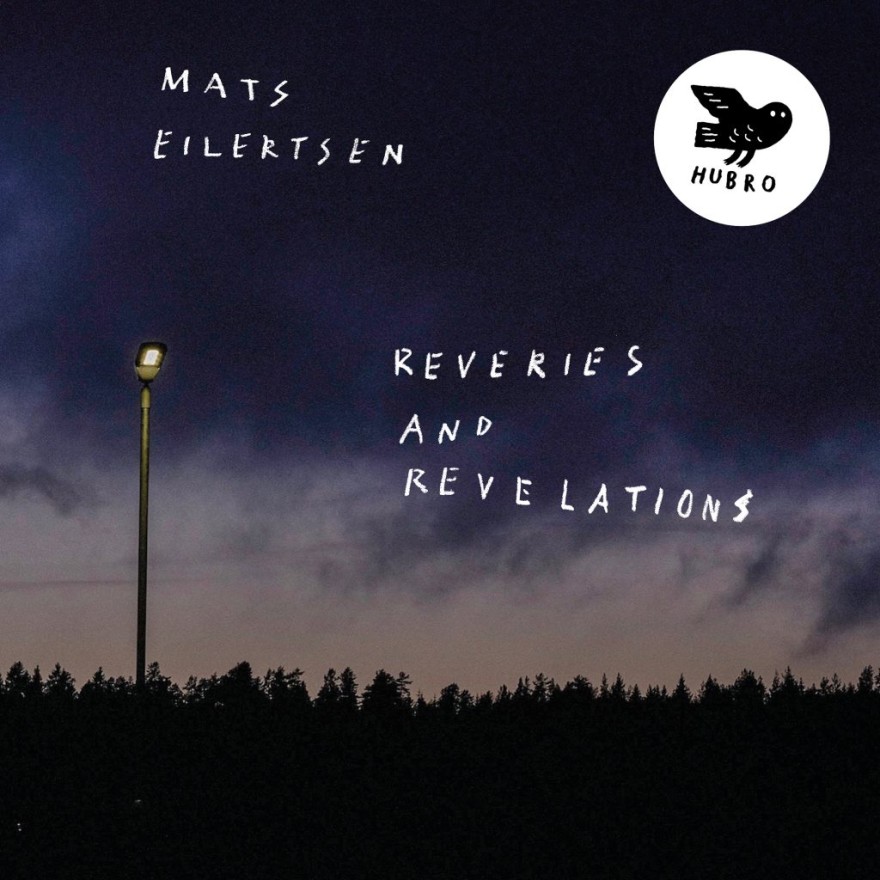 “It is a sort of solo album, I guess, but not in the way I would normally do it”, Mats Eilertsen says. “I wanted to do something that came out of the bass itself. Whereas normally I would record a lot of tracks and see what I had in the end, but more or less as they were played, this one is produced, cut, edited and layered from the beginning.” Eilertsen is well-established as one of Norway’s most internationally recognised jazz musicians, as well as one of Europe’s leading double bass players. He has been with HUBRO since its inception ten years ago, as well as enjoying a long relationship with ECM. His new album is an unusually constructed self-build project whose contents were put together (“arranged and assembled” is the credit on the sleeve) by Eilertsen using contributions recorded separately by each of his chosen cast of collaborators. “It’s me fooling around in a way I haven’t done myself before, and also playing organ, some guitar and additional stuff. Then I imagined some musicians that I would like to have adding their own touch to it.”

That the guest musicians are all stars in their own right shows the high regard in which Eilertsen is held by his peers. Their impeccable credentials as experimental artists working with the interplay between sound and music also gives us a strong clue as to the intended direction of the project as a whole. Geir Sundstøl adds guitars and banjo to two tracks while guitarist Eivind Aarset and percussionist Per Oddvar Johnansen play on one track each. The remaining two guests represent, together with Eilertsen, three quarters of the original line-up of the influential band Food (the missing link is the English saxophonist Iain Ballamy), whose self-titled debut album (‘Food’, Feral Records, 1999), edited from two live performances at the Molde Jazz Festival in 1998, became a landmark jumping-off point for the ‘new wave’ of Nordic and European improvisation that is still in progress. Thomas Stronen’s percussion and electronics feature on three tracks, and Arve Henriksen’s inimitable trumpet voice is heard on the album’s beautiful closing piece, ‘Appreciate’.

“I just sent them my files and asked them to add what they would like to, from their respective home studios”, says Eilertsen of his method for the album. “With the dumming of Thomas Strønen, it was the other way round. I asked him to send me some files he had stored on his computer. Then I chose ones I liked and started to cut them and move them around and add them to tracks I already had. So none of the musicians on the album actually played together.” Whatever the method, the results are extraordinary. ‘Reveries & Revelations’ presents the listener with an immersive blend of sound and music that, like the experimental score for some yet to be realised film – part tense thriller, part Tarkovsy-like art movie, and, perhaps, part horror film – conjures up a wealth of richly allusive and atmospheric detail. The sonic events that make up the ten separate tracks of the album (although the whole sequence can function very successfully as a continuous suite), work on one’s imagination to evoke audio-landscapes or environments whose dreamily insubstantial wisps and fragments suggest the sense of revelry alluded to in the title.

At times, the musical material is so minimal – as in the rocking-boat rhythm, ghostly portamento bowed-bassline and creaking-door FX of the opening ‘Nightride’ – that your mind is forced to flll in the gaps, like sound-painting by numbers. Other pieces suggest preparatory sketches based on chance shapes or outlines, like the Dadaist artist Jean Arp’s drawings and sculpture, or provoke, by happy accident, some magical invocation of random symbols or secret child’s-eye view that can put you in mind of Paul Klee. While the titles might give us provisional clues – ‘Tundra’, ‘Venus’, ’Hardanger’ – interpretation is inevitably subjective. And although ‘Reveries & Revelations’ is made up of separate pieces, there is a significant overlap so that some elements recur as leitmotifs throughout, creating a creeping (and often rather creepy) sense of evolving narrative.

Because Mats Eilertsen is a master double-bass player, it’s the role of the bass that provides the most consistent, and most striking, character in the story. The album is far from a show-offy demonstration of his considerable chops, but there is such an ocean of bass-derived sound here, from long bowed lines of cello-like fluency and pitch, to rumbling, bottom-deep, almost subliminal notes so low in the register that they are felt rather than heard, that one can’t fail to be impressed. Add frantic pizzicato plucking, Indian-influenced ‘I am the Walrus’-style slides, rotor-blade ‘whumps’ or massive chordal slabs of pure noise and you have a close to complete summary of what the instrument is capable of. And in case all this sounds too fiddly or academic-sounding, one only has to listen to the final piece, where the limpid beauty of Arve Henriksen’s plangent, flute-flavoured trumpet weeps the melody-line against the same rocking-boat rhythm that ‘Reveries & Revelations’ began with, to receive a powerful antidote. The wheel has turned full circle.