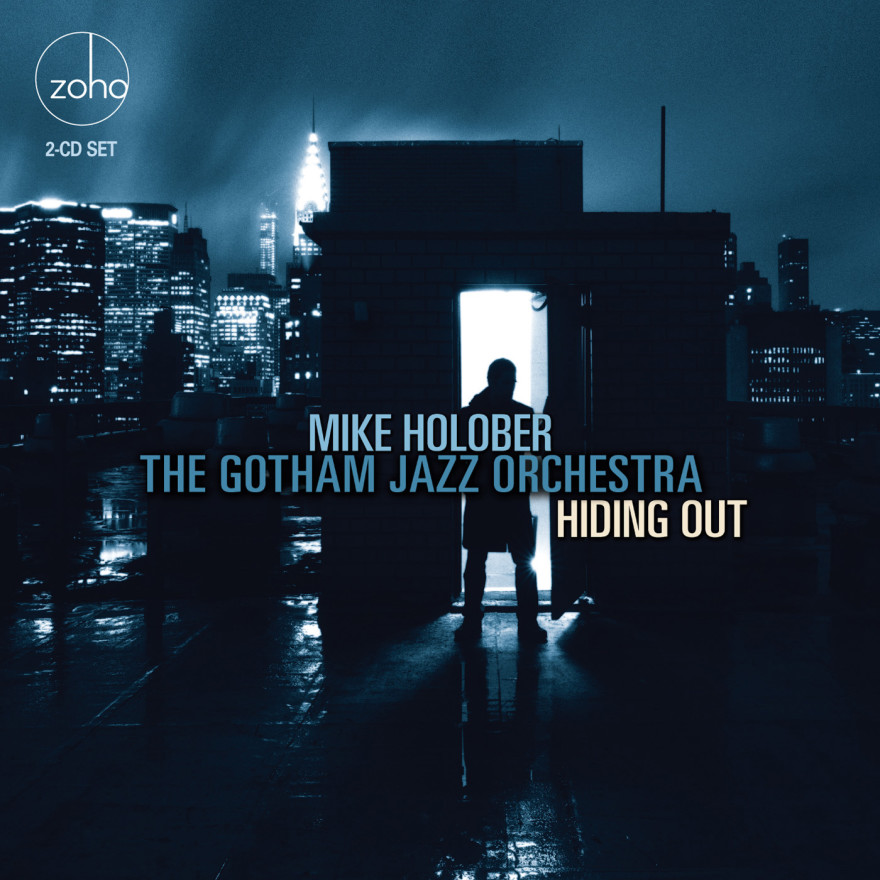 “Duke Ellington’s legacy is alive and well with pianist Mike Holober and The Gotham Jazz Orchestra… the details, subtleties and shades are refreshing and elegant.” – Elliott Simon, All About Jazz

“With exquisite textures and evocative arrangements that recall Gil Evans, and an Ellingtonian balance between ensemble and individual excellence, Mike Holober and his 17-piece Gotham Jazz Orchestra have evolved a special synthesis.” – Perry Tannenbaum, JazzTimes

After a decade spent hiding in plain sight as an arranger and composer with some of the world’s most renowned large ensembles, Mike Holober returns to the helm of his own stellar big band, the Gotham Jazz Orchestra. On the breathtaking new double album Hiding Out (to be released August 9, 2019 via ZOHO Music), Holober unveils two sweeping new suites, inspired by the grand vistas of the natural world but invigorated by the pulse of the urban jungle where the music thrives, along with a pair of standalone pieces.

Hiding Out is the long-anticipated follow-up to the Gotham Jazz Orchestra’s acclaimed 2009 album Quake, which JazzTimes praised for “exquisite textures and evocative arrangements that recall Gil Evans, and an Ellingtonian balance between ensemble and individual excellence.” In the years since, Holober has found his talents in demand from a number of high-caliber ensembles: from 2007-2013 he served as Artistic Director for New York’s Westchester Jazz Orchestra; he spent five years as Associate Guest Conductor of the HR Big Band in Frankfurt, Germany; and has also written and conducted a number of projects for the WDR Big Band in Cologne among other orchestras. Throughout that time he worked with such notable guest artists as Kurt Rosenwinkel, Miguel Zenón, Dr. Lonnie Smith, Al Foster, John Scofield, Joe Lovano, Randy Brecker, Paquito D’Rivera, and many others.

While each of his arrangements bears his unmistakable imprint, Holober’s striking voice comes fully to the fore on Hiding Out. The album is focused on two suites that vividly depict the grandeur of the American landscape: the title suite, “Hiding Out,” was originally commissioned by the Philadelphia Museum of Art and inspired by the stark beauty of  the Ucross Foundation’s ranch in Clearmont, Wyoming, where it was written; while “Flow,” commissioned by the Westchester Jazz Orchestra, traces the course of the Hudson River from its source in the Adirondack Mountains to its terminus in Manhattan. The album is rounded out by two other pieces: “Jumble,” named for a lake in the Sierra Nevada Mountains and written for the U.S. Army Jazz Knights; and a dazzling arrangement of Antonio Carlos Jobim’s “Caminhos Cruzados.”

“There’s a double meaning to the title Hiding Out,” Holober says. “One is that I’ve been hiding out as a composer, arranger and sideman for other people and as an educator. But it also comes from the places where I wrote or that inspired these pieces – beautiful settings in the mountains and along the banks of beautiful rivers.”

The ensemble that breathes life into these stunning works spans the full history of the Gotham Jazz Orchestra, which made its recorded debut in 2004 with Thought Trains. Several of the instrumentalists on Hiding Out have been with the orchestra since that time, including woodwind players Dave Pietro, Jon Gordon, Charles Pillow and Steve Kenyon; trumpeters Tony Kadleck and Scott Wendholt; and trombonists Pete McGuinness, Bruce Eidem and Nathan Durham; while bassist John Hébert and drummer Mark Ferber are also longtime collaborators. This incarnation also features a number of more recent additions to the fold, among them names like reedists Ben Kono, Jason Rigby, Adam Kolker and Carl Maraghi; trumpeters Liesl Whitaker and James de LaGarza; trombonists Mark Patterson and Alan Ferber; guitarists Steve Cardenas and Jesse Lewis; drummer Jared Schonig; percussionist Rogerio Boccato; and trumpet master Marvin Stamm, the featured soloist on two tracks. 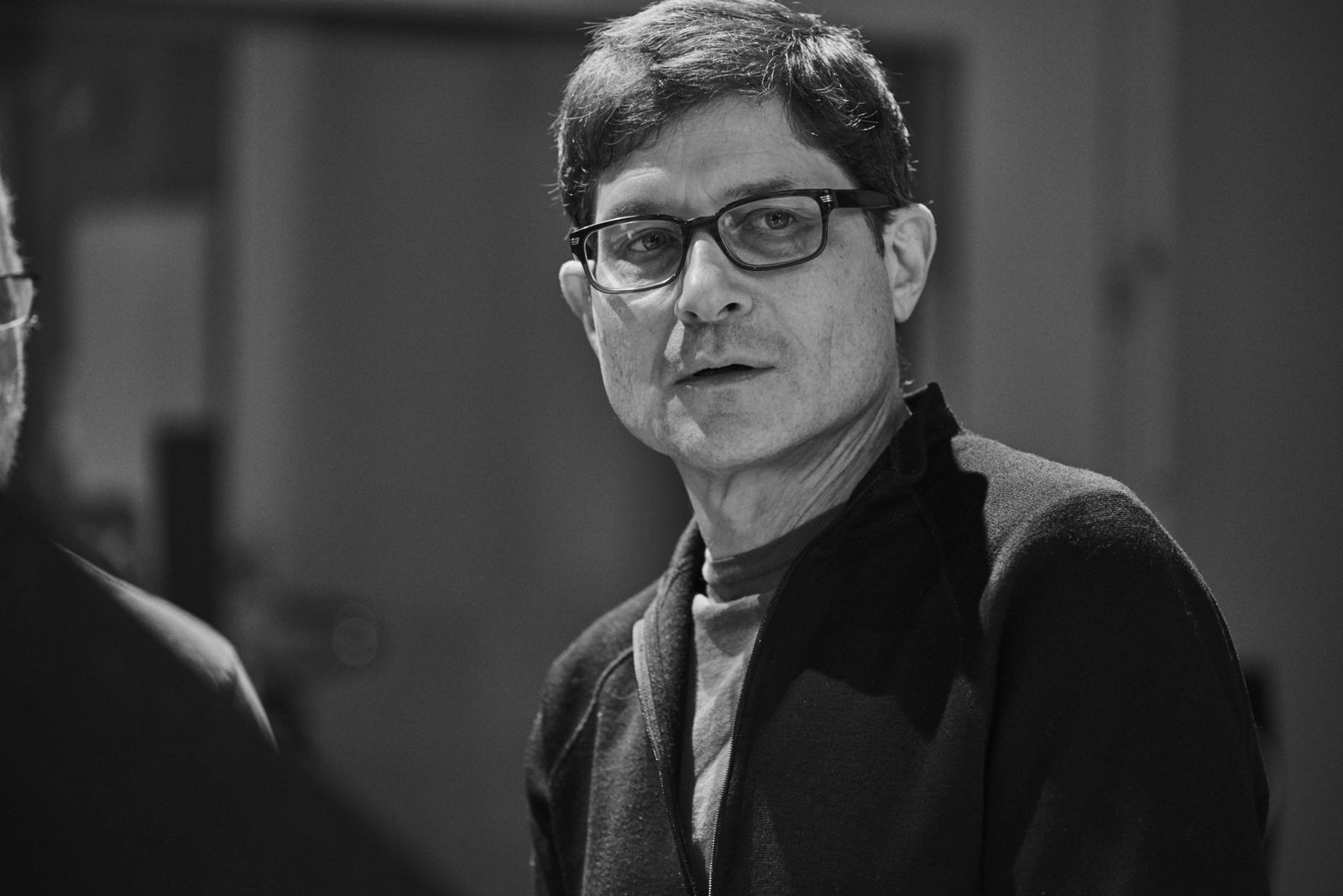 Holober has long divided his time between his two passions: exploring the great outdoors and creating at the piano in metropolitan jazz clubs. His first summer job was as a trip leader for canoe and backpacking trips in the Midwest; a few years later he spent his summer working as a rehearsal pianist for an opera company. “I was conflicted,” he admits. “It was exciting to get paid for playing music, something I was still in school learning about; but at 20 years of age it was much more fun canoeing in Northern Wisconsin and backpacking on Lake Superior than it was playing for opera singers from New York City.”

Writing music like the compositions on Hiding Out is Holober’s way of finding balance between those two extremes. The titular suite was crafted against the awe-inspiring landscape of the Ucross Foundation, a 20,000-acre ranch in northeastern Wyoming. “I was writing in a cabin in view of the snow-capped Big Horn Mountains,” Holober recalls nostalgically. Clear Creek ran through the front yard and every day I would see pronghorn antelope, killdeer – my favorite bird –and sandhill cranes.”

“Flow” was also penned in an idyllic setting, that of the famed MacDowell Colony in Peterborough, New Hampshire. The illustrious retreat has hosted such renowned artists as Aaron Copland, Leonard Bernstein, Thornton Wilder, James Baldwin and Meredith Monk, among others. Following in the footsteps of Copland in particular was inspirational to Holober, who echoes the composer’s sense of epic Americana throughout the three-movement piece.

“Jumble” takes its name from the natural world but conceptually reflects Holober’s expansive view of jazz history with its commingling of influences from 70s jazz fusion and Brazilian maracatu. Jobim’s “Caminhos Cruzados,” which closes the album as something of an encore piece, shines the spotlight on the expressive gifts of Marvin Stamm, as well as on Holober’s gifts as an arranger.

Holober is undoubtedly an avid outdoorsman, boasting more than a year alone in the Sierra backcountry over 38 trips, more than a thousand nights spent in the wilderness and involvement with a dozen environmental charities. But the jazz mecca pointedly referenced in the Gotham Jazz Orchestra’s name also continues to exert its own gravitational pull, resulting in the pulse-pounding urgency underlying the vibrant impressionism of Hiding Out. “This music was written in some of the country’s most beautiful environments,” Holober concludes. “But the vibe of the record is all about New York City.” 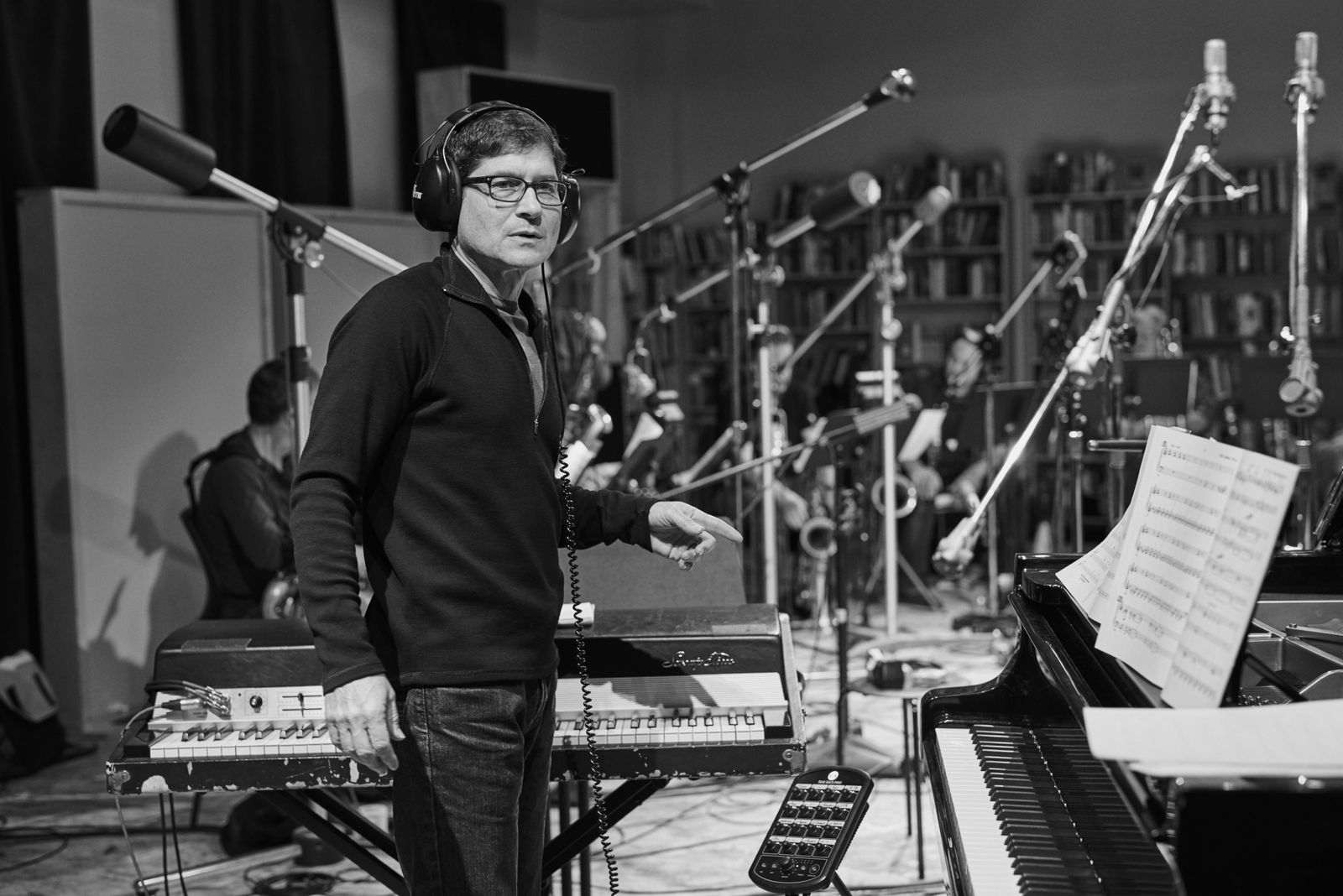 Trained as a classical pianist and conductor, Mike Holober began his apprenticeship as a jazz pianist and composer after moving to New York City in 1986. He has released six recordings as a leader and can be heard on over 70 recordings as a sideman. In addition to the Gotham Jazz Orchestra, Holober’s projects include Balancing Act, an octet including voice, and the Mike Holober Quintet. Holober’s work as a composer and arranger for such esteemed ensembles as the WDR and HR Big Bands and Westchester Jazz Orchestra has earned him a reputation as one of the jazz scene’s most respected jazz writers. As an educator, Holober has been a full Professor at The City College of New York for 25 years and served as Associate Director of the BMI Jazz Composer’s Workshop from 2007-2015, where he taught with Director Jim McNeely. Much of his music is inspired by the natural world and by champions of that world. When he’s not at his beloved 1909 Steinway model C, Holober can be found somewhere on the trail.