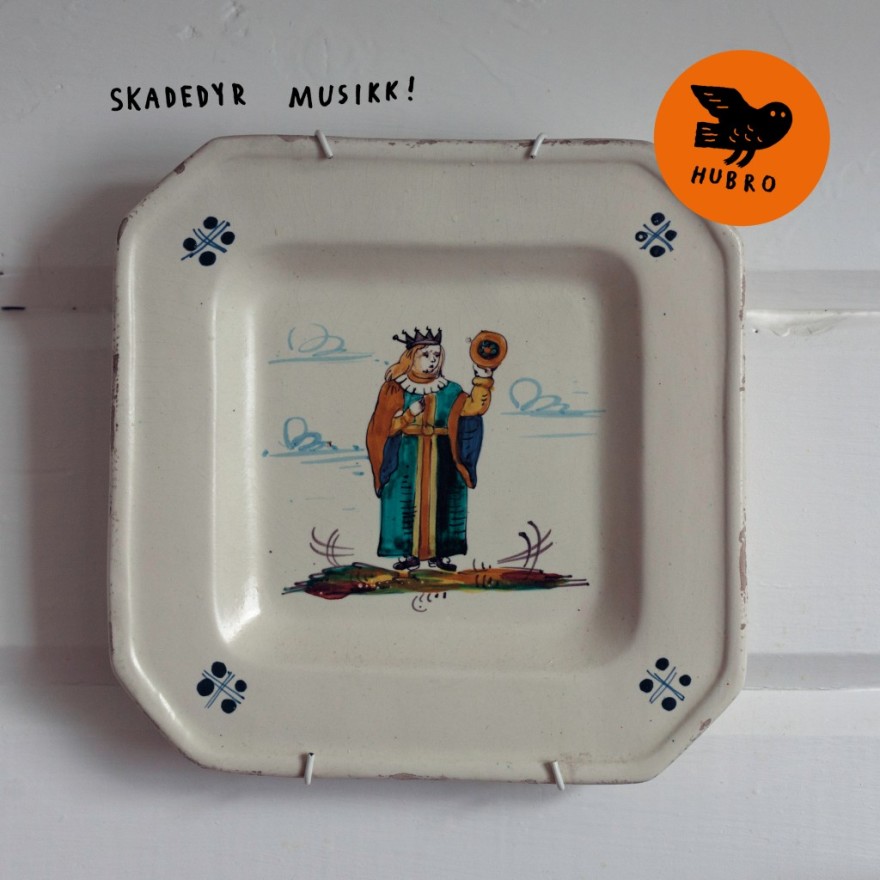 It is a strange feeling to me to write about this music as it is not jazz by any meaning but in the same time I can feel with all pores of my skin where it drew an inspiration from and those roots are purely jazzy. So that makes a sort of a hyperbole, bringing non-jazzy children to the world from most jazzy possible parents and grandparents. So even if the music is not a Jazz per se it contains a whole lot of Jazz DNA in its heritage.

Here we got then the band of twelve Norwegian musicians performing their own six, most of the twisted composition I recently came across. An opening tittle piece Musikk! is striking from the first notes. It comes a very dance mix which contains in it ingredients like those from Sun Ra’s kitchen, but also a lot of spices that are typical for an Art Ensemble of Chicago, or for a AACM flavour in general. To that one can add Alice Coltrane’s modal experiments as well as psychedelic trips like those which Deavid Allen used to make with his Gong, Soft Machine or Banana Moon.

Deeper into woodlands it becomes even more exciting. Take the next one called Frampek. It doesn’t drop at all what they bought on the table at the beginning but to that it yet adds a sounds like a Mongolian throat singing, or para- theatrical vocal expressions which are not designed to walk together with the music, but more like Meredith Monk’s attempts, are hung in the air creating confusion and forcing listener to find the key to that intellectual expression.

Next one – Kallet, is one of my favourite there. The cacophonic illusion builds around simple fount clearly originating from the folk tune with its call and response function and lapidary motif repeated in chorales, between improvised and more congested sections. It has some silliness in it, call it provocative infantilism, which comes to the surface to push the pompous emphasis out of the pedestal.

Following Festen is a fast walking through the blues scales, bringing a bit of Arto Lindsay, a bit of AEoC, but also a lot of funky- punky tunes which are sounding to my ears like some known motifs, which I however can not identify. But I have a gut feeling that this pulp is again bought here for the reason, to realise an existential tension and point that life doesn’t have to be serious at all. Looping some sounding Circus alike orchestral culminations into the outro kind of roots this feeling even deeper into my head.

Following Portrett, in similar style uses descriptive nature of instruments to sketch in your imagination like in the book. Rain I hear in the background and stepping piano are making it all more nostalgic. Lovely trumpet solo in the back ground, occasionally joined by tuba create wonderful brassy tissue which feels dreamy and cloudy but entertains with the edgy culminations coming from band’s tutties.

This music runs away from definitions and more importantly sounds just as fresh no matter how often one keeps returning to listen to it. Now, together with ongoing heatwave it makes me levitate and I hate when it stops.