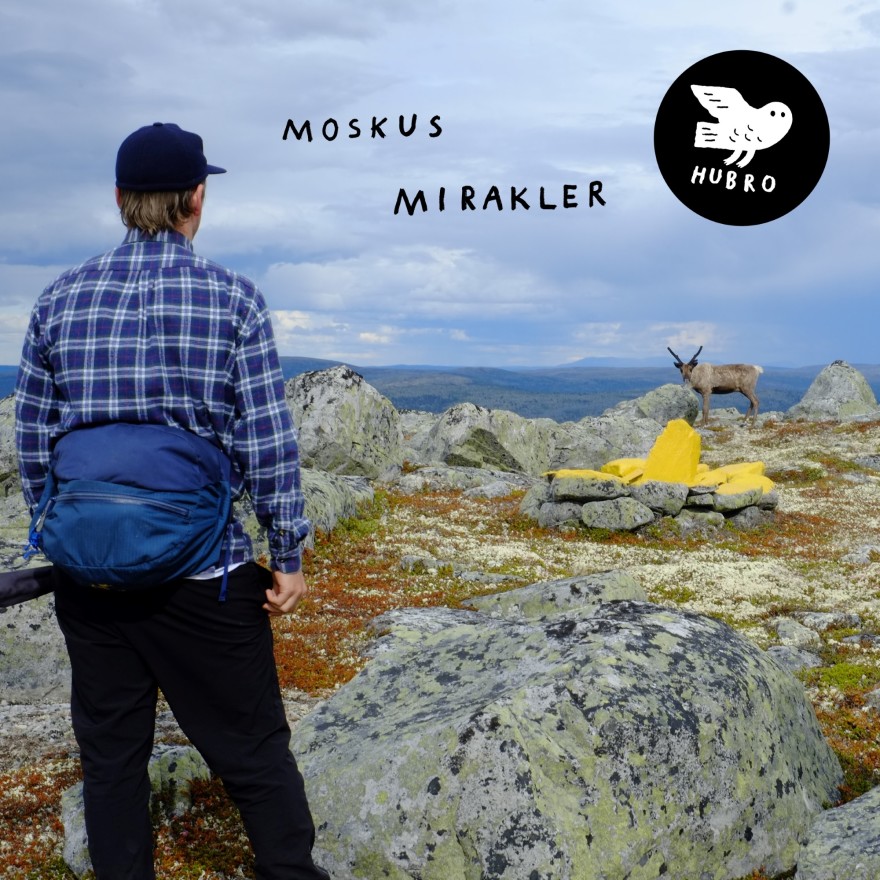 The Moskus is not your typical piano trio as it looks on the paper. It still contains some of the elements that are typical for piano trio music, but not a lot. First of all, using different electronic keyboards, Hammond organs or upright piano, which seems to be additionally prepared de-tours from harmonies that usual trio fan is familiar with, secondly it is the way they do communicate.

The language is super simple. Almost pictorial. There is not a lot of tunes, neither some regularity of the patterns, It is a bit like a soundtrack to an old cartoon, Something sketchy about it, that makes it easier to visualise as if drawn for me rather than a score on paper.

Sometimes seriousness of the piano phrase is contradicted by the complete lapidaries of the instrument it is dialogue with, like the saw in a piece with no tittle, but a crazy mark like that one (**.), which with short movement lasts no longer in your ear that afterimage on your retina.

An obvious function of the instruments in trio had been dropped. It doesn’t work that way with them. Instead there is a constant will audible to prevent communication on very basic level, with such a straight feeling of temporality that tomorrow is looking almost like a far distant future. Structures are like butterflies, staying in air just for a blink of an eye and in the same time there is an instantly following feeling of suspension that the next step might not be certain either. That creates very quirky sense of balance and plays with the sense of gravity.

The music seems to be incredibly light, even if the groove from organs is constantly present and anchoring composition firmly the sense of its body is not that obvious at all. Perhaps this is the biggest achievement they made as a trio that is exists just like an illusion. Nothing firm one could hold on to. A floating energy which communicates, sparks, feeds and then disappears once it had been discharged. The fact that the description of that music is so physical rather than laying in a lyrical term makes it sort of Mechanique.

It might sound silly but once listened to it, this becomes more understandable. The simplicity is almost intuitive, like with children playing together on the playground and simply using what’s laying around to fit the purpose and fulfil the imagination. That feeling of randomness is most present part of their style to me. Percussivity becomes a second nature when life calls for it. Roughness changes places with finesse. And that one is not the Belle Époque kind either. Everything swings around in this improvised dance and now one seems to know who is leading it but they do not step on their feet either.

But such is a life inside the piano trio which doesn’t particularly need to use a piano at all.