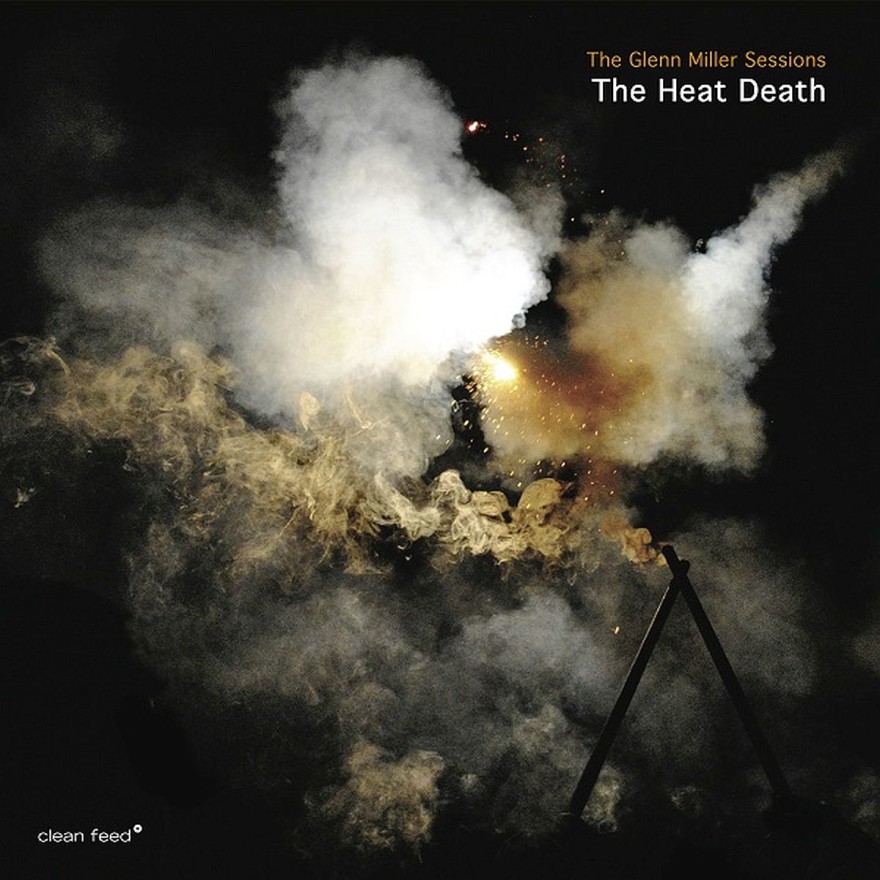 Here cones a challenge with this interpretation. Truth Glenn Miller fans might risk dying of the heart palpitation if getting exposed to the tracks for longer  when those who are dedicated fans of the Scandinavian band would probably shrug with disbelieving. Or just smile ready for fun. Whatever sort of fun is is going to be, forget the ballroom and leave your Tuxedo at home or you might risk getting it ragged.We didn’t see (or, more exactly, heard) this coming. How could we expect a band like The Heat Death to turn their attention to the music of Glenn Miller? But here it is, once again confirming the notion that everything is possible when coming from the Scandinavian scene. Truth is that this quintet always had an orchestral approach, in the organisation of the collective inputs and due to the doubling of instruments, Kjetil Møster playing clarinet besides his tenor saxophone and Martin Küchen turning to the flute when not playing the alto sax, summing up with the presence of a pasting trombone (Mats Aleklint) to unite every part, but what they use to do was miles way from the swing big band Miller’s sound:

a free improvised music metamorphosing to free jazz, sometimes with African rhythms, reminding us of Chris McGregor’s Brotherhood of Breath, and sometimes with the repetitive, “motorik” balance of krautrock, not so strange when we think that Can’s drummer, Jaki Liebezeit, was an original member of Alexander von Schllipenbach’s Globe Unity Orchestra. But here it is, introducing a new form to understand the problem with thermodynamic energy known by science as “the heat death”. If there was a compositional factor in the way this group used to improvise, finding structures when there wasn’t one, now they deal with it in a more committed way.

Of course, the resulting music has few resemblances to what the Glenn Miller Orchestra continue to do until this day, but the spirit is there, exploring aspects which were implicit, but never fulfilled, with all the respect to the historic figure who conceived it. Prepare yourself to be surprised.

All compositions and arrangements by The Heat Death