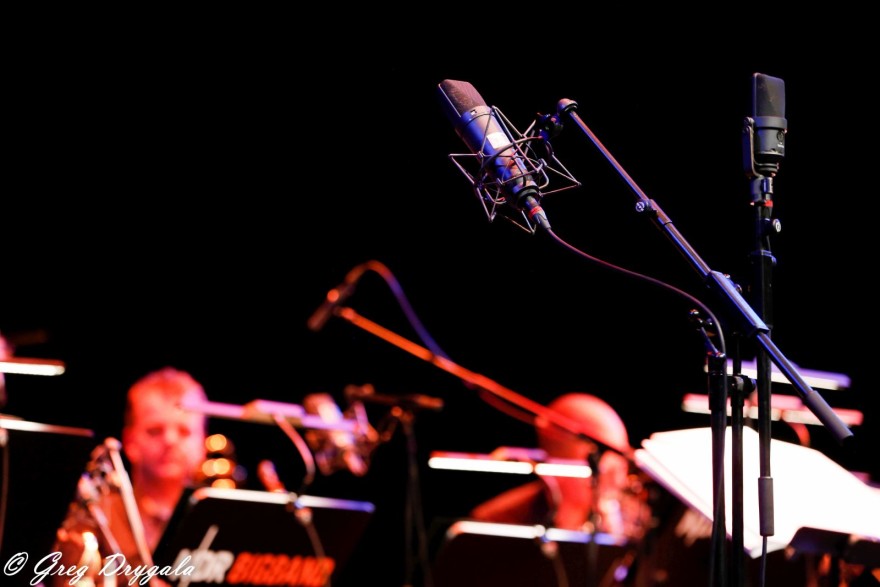 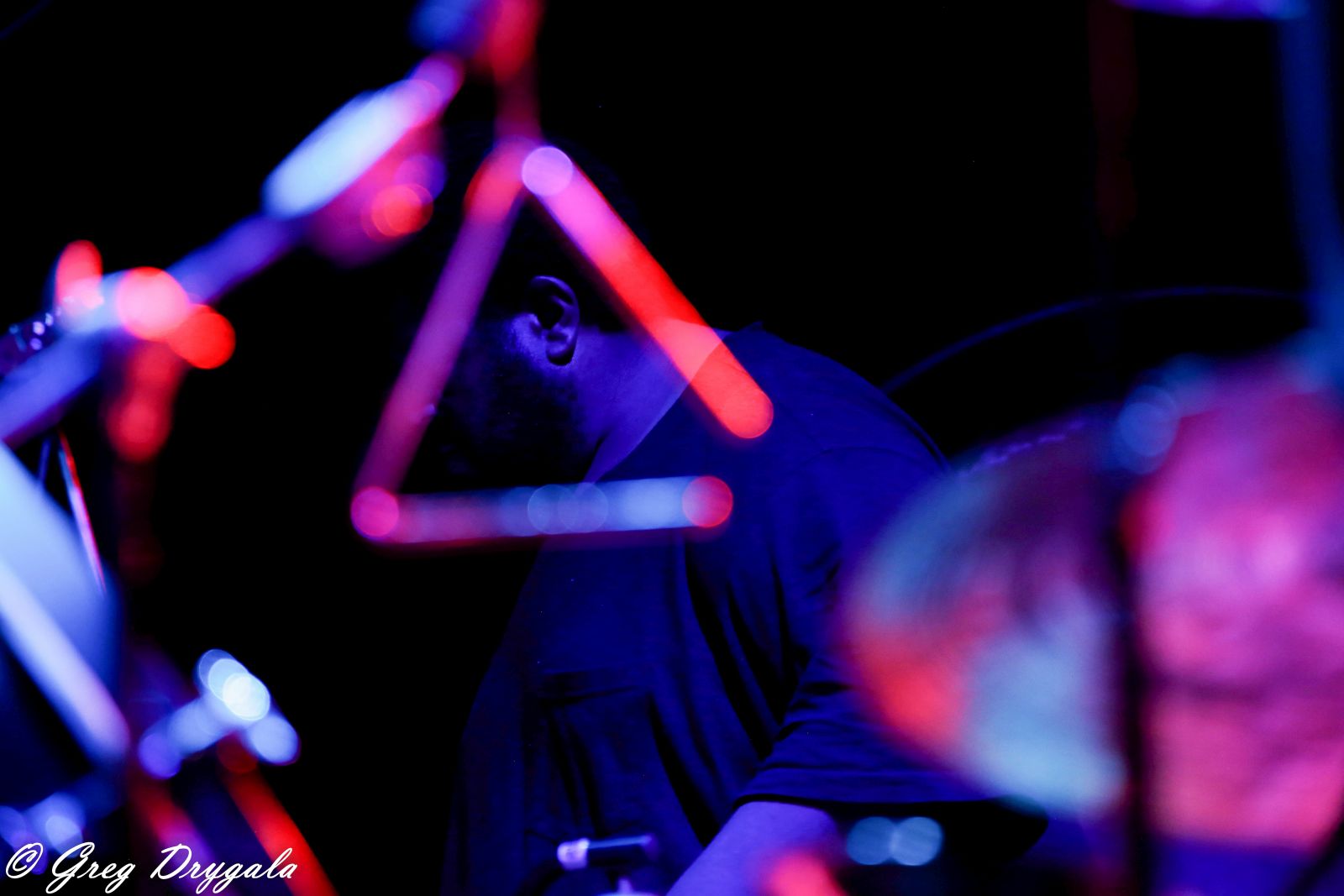 Tyshawn Sorey, whose playing with Myra Melford’s sextet was one of the highlights of last year’s festival, is the artist in residence of the Jazzfest Berlin 2017. He returns in several different guises: first with his own trio, whose albums, “Alloy” (2014) and “Verisimilitude” (2017), have been received with great enthusiasm. Sorey received his doctorate in composition from Columbia University earlier this year and recently took up a professorship at Wesleyan University in Connecticut, in succession to Anthony Braxton, another original thinker about the relationship between composition and improvisation. Born in Newark, New Jersey in 1980, Sorey has been described by the “Wall Street Journal” as “a composer of radical and seemingly limitless ideas.” Tonight’s concert offers a progress report on a group of musicians intent on bringing the influence of contemporary classical composers such as Xenakis and Feldman to bear as they excavate new possibilities from beneath the surface of the familiar piano-trio format. 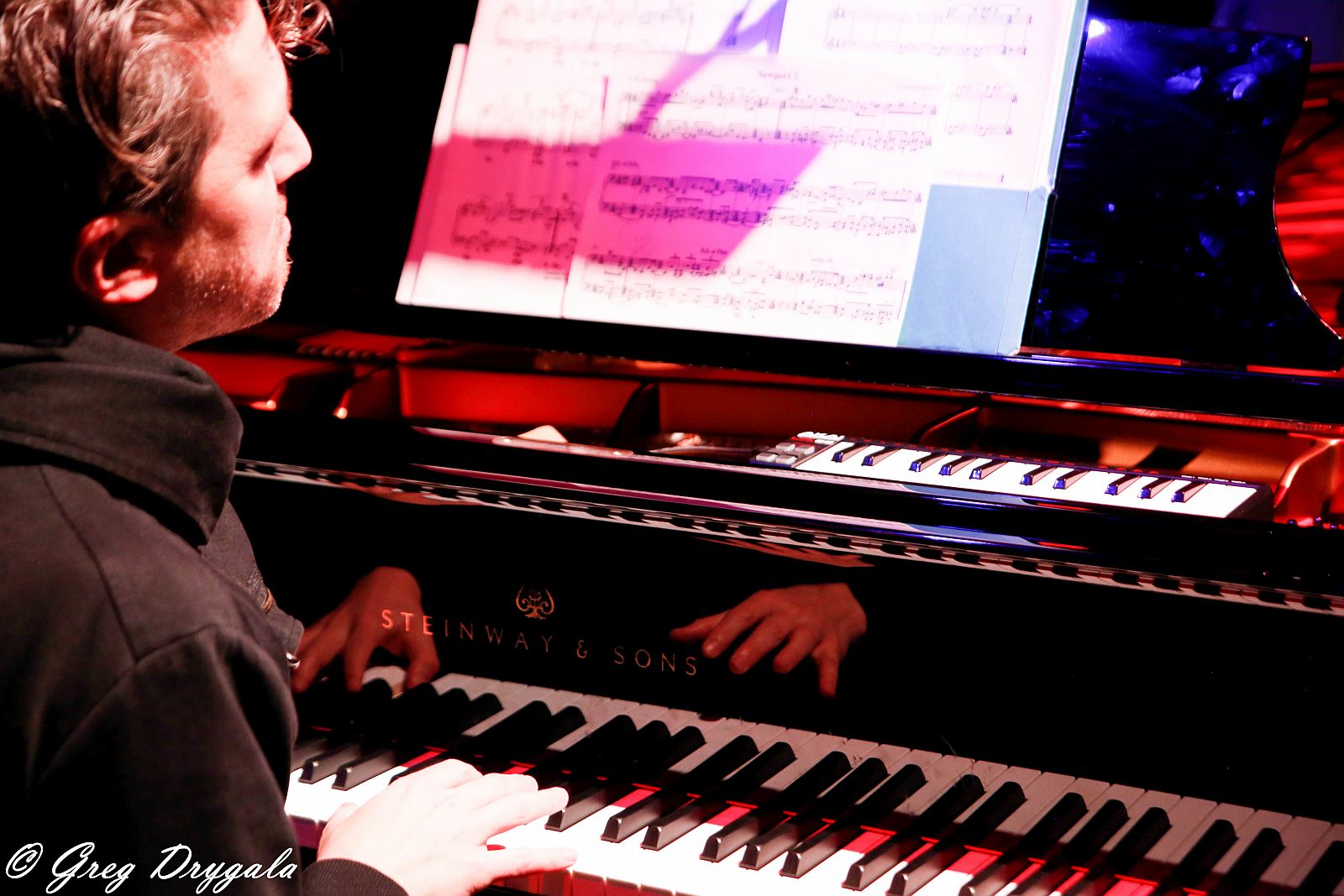 Remembering Tyshown’s brilliant drumming from last year and having given myself a year to research this subject deeper I was aware of the sound of his trio and had high expectations given his resident status. I was pretty surprised then coming to the sound check to see a seriously overbuilt drum kit and a lot of different percussion instruments in the background, not just a usual one like marimba or celesta but also a stack of triangles and gongs as well as just common percussive items, like metal pipes and brackets. Or tools, like metal hammers, which could be cleverly used for making music. He was surrounded by all those instruments and installations taking half of the stage under his command.  I was looking for the set impatiently then.

When it came to it the Trio started with a usual vigour I knew from the recordings. Cory Smith’s piano was both, contemporary and romantic in the same time and the dynamic control was outstanding. Bass was as always in place, so was Sorey at the percussion. This set can be split into two parts in that regard. One was a trio music as it is on the usual basis. Fast, modern and intellectually involving. Holding melody lines beautifully and corresponding with each other on the go on really highly sensitive level, simply the breeze. 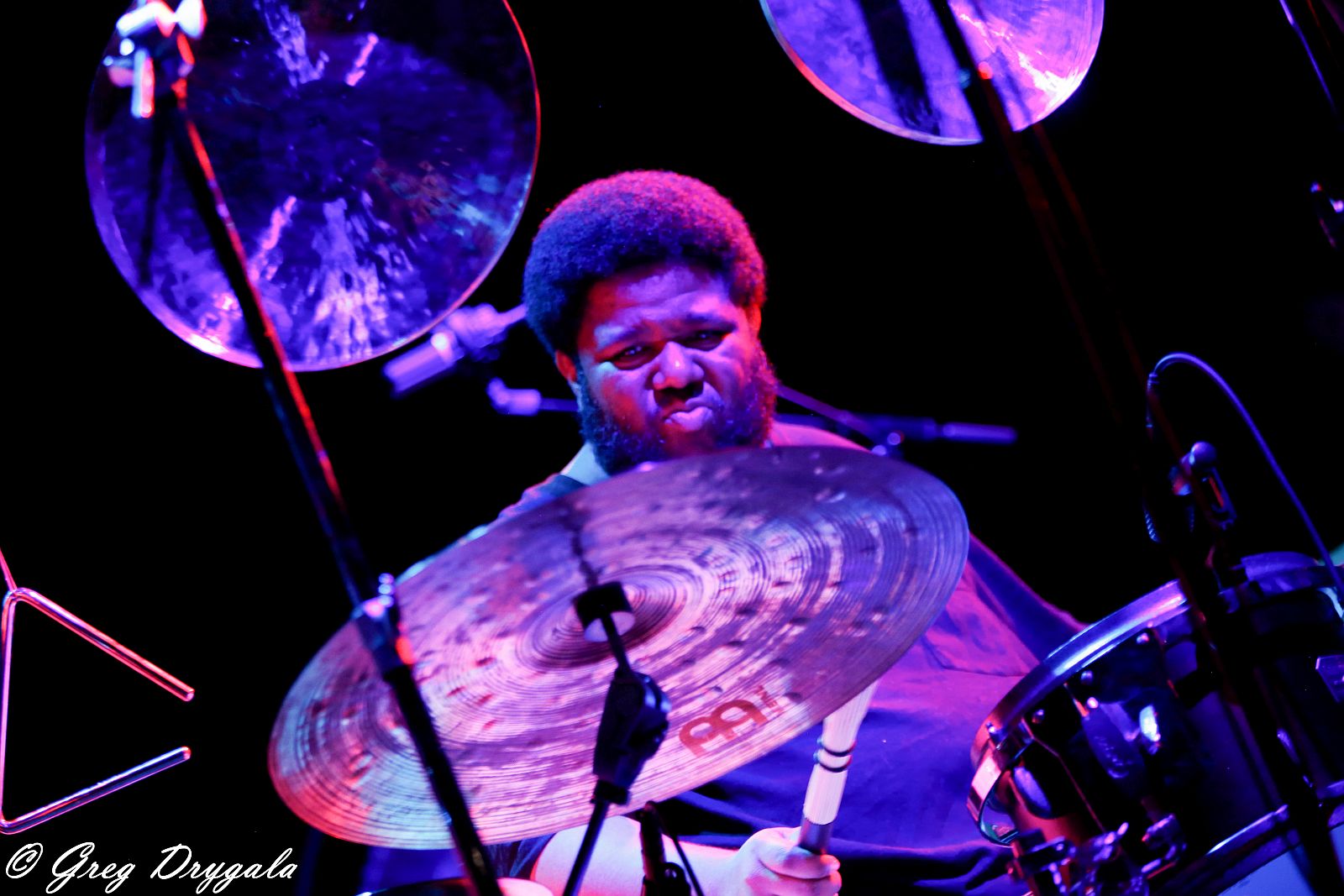 The trouble came however when Tyshawn started to explore all this percussive menagerie. As far as his playing celesta and marimba was interesting it didn’t quite merge with the sound which trio achieved playing as a usual. At that point I could say that, it lost a flow a bit but still was up to the high standard composition wise, even if some choices had not been clear to me from the dynamic extension point of view.

When he jumped on all that percussion installation however and started to explore it in sort of semi improvised manner this is where the consistency collapsed. He was acting a bit like a child in the toy-shop, who doesn’t really know what to play with first, but badly wanted to play with them all, instead of making the right choice. That made him lose the time discipline and all started to sound delayed and accidental. It was even more visible due to mixing both parts together, when it became audible that the regular trio sounds fast and neat when it goes through composed parts and really holds back and loose the grip when Tyshown’s drumming came to the table.

It made me think that he rather wasn’t quite ready for that or just pushed the whole thing and himself further than he should due to that exposed position. And when I thought what for example Don Moye of the Art Ensemble of Chicago or Kahil El Zabar & Hamid Drake would do on the matter of completely spontaneous session, something I was lucky to witness for a few times, I immediately understood that he is not there yet. But it is adorable that he keeps trying. 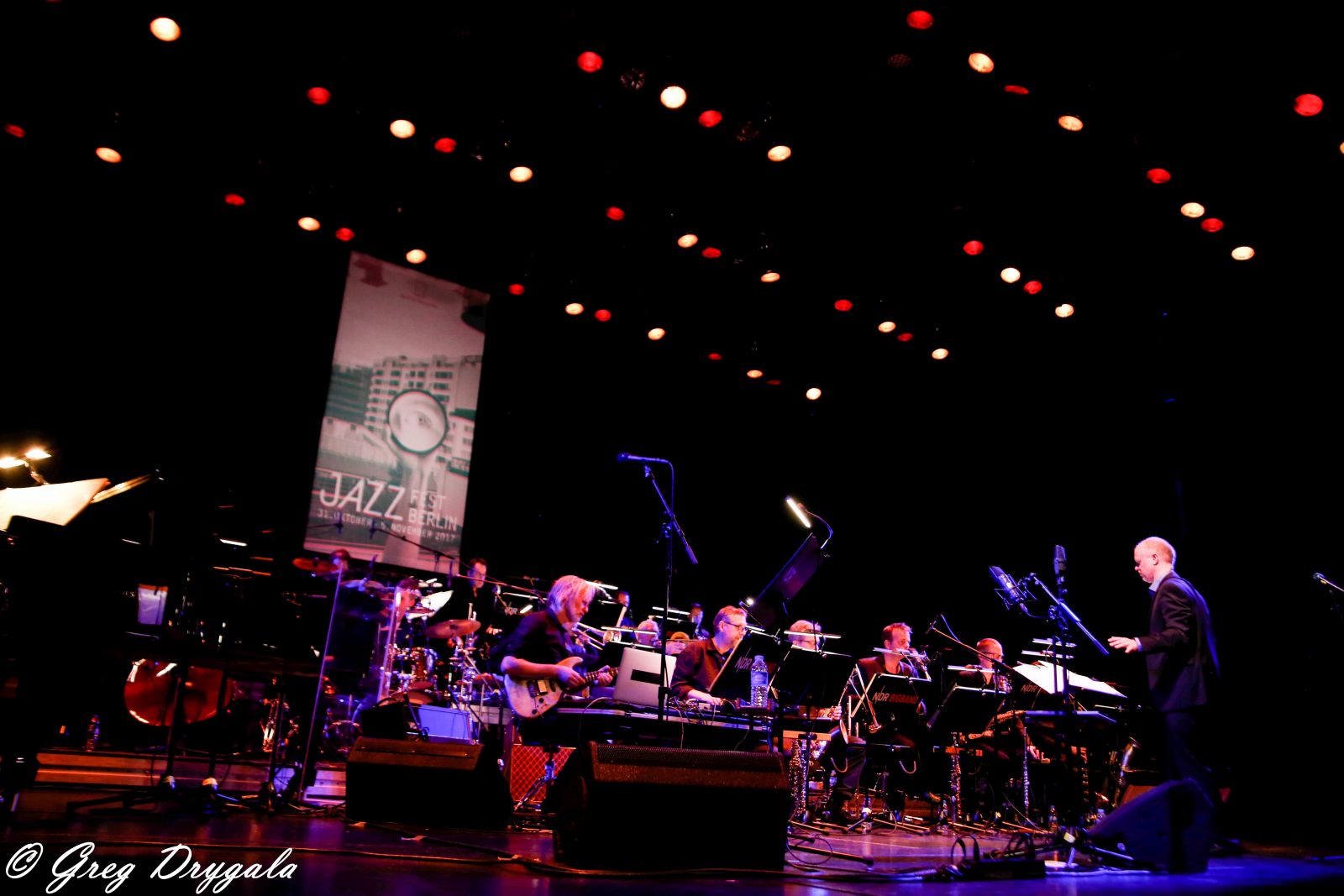 Geir Lysne, the Norwegian saxophonist, composer, arranger and conductor, was appointed to the post of director of the NDR Bigband last year. His work with the Hamburg-based ensemble is already well known: in 2013 their joint project with the Italian pianist Stefano Bollani, released by Verve/Universal, received the ECHO Jazz prize for the big-band album of the year. Born in Trondheim in 1965, Geir Lysne studied at the Norwegian Academy of Music before working with many different ensembles, including the Aarhus Jazz Orchestra, the Norwegian Wind Ensemble, the hr-Bigband in Frankfurt and the UMO Jazz Orchestra in Helsinki. His recorded work includes several albums with his own Listening Ensemble: “Aurora Borealis” (2002), “Korall” (2003) and “Boahjenásti – The North Star” (2006). His new work, which receives its premiere tonight, is a meditation on Norway’s rich contribution to the world of jazz in recent years, a gift out of all proportion to the country’s modest size. 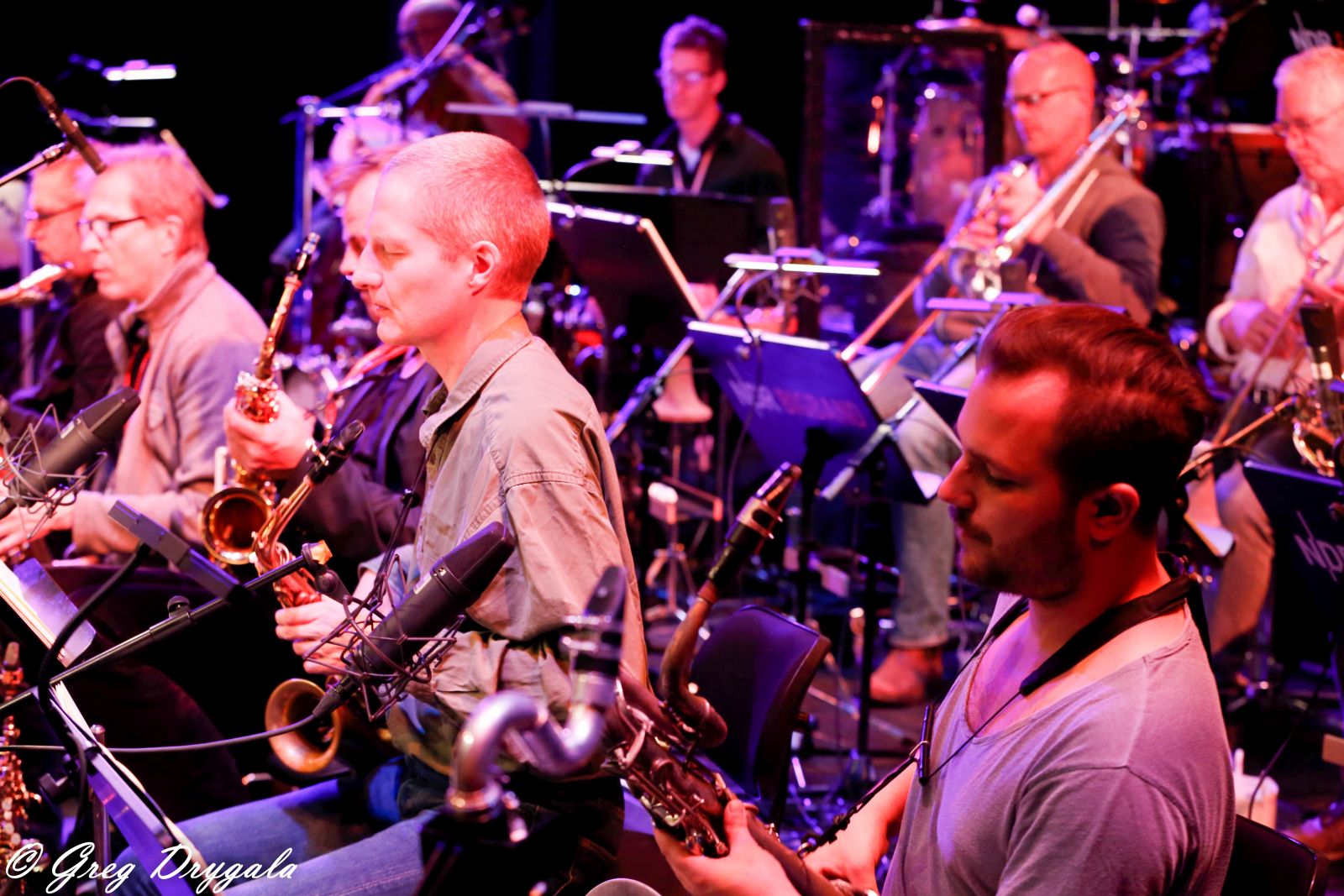 That set containing some of my favourite Norwegian musicians, like vocalist Solveig Slattahjell, guitarist Eivind Aarset or pianist Helge Lien sounded madly promising from the first notes played. It was an almost automated guarantee that with names like those, Lysne’s arrangements and all that brass present on stage means we are going to experience something special. To be honest, every time I am approaching jazz music from North on the stage, in a big format, it always turns into something memorable. 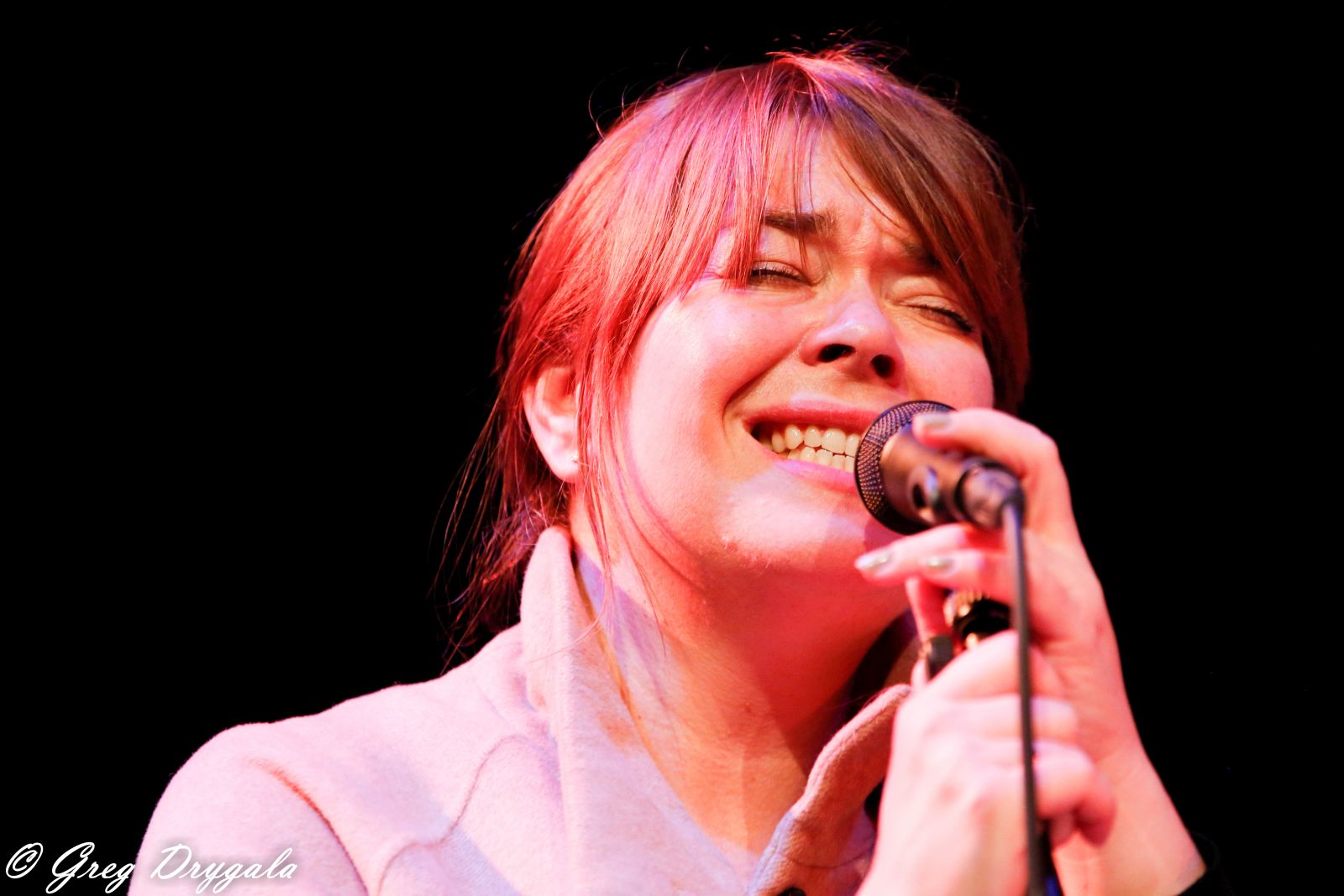 There was no difference this time either. The set was brilliantly nostalgic and windy. Helge’s accompaniment set the mood straight on and Solveig’s contribution followed in the same direction. Music came out flawless and relaxed, with wonderful Nordic touch of folk, but also with the dynamic exchange served by Orchestra. 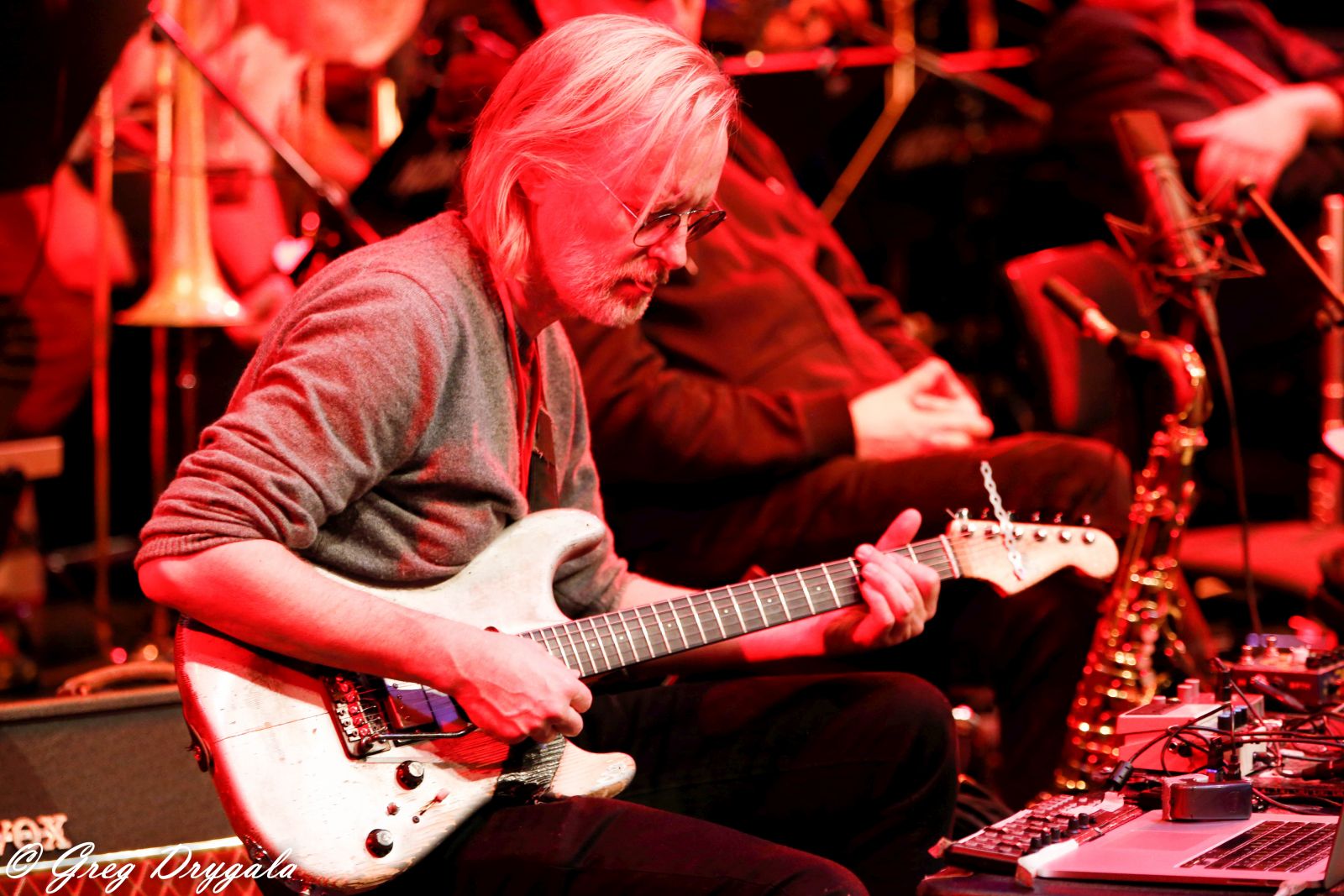 Solo parts given to the reed players were all well balanced and sit in the whole tissue just right. On top the guitar play delivered by Aarset bought its own special flavour breaking bucolic mood and making some sort of counterpoint with its cosmic sonic universe, far from any sort of eclecticism and with some deposits of philosophical trans, boarding almost next to the Buddhist’s mantras.

Norwegian, or Nordic Jazz in general had always had this own autonomy. Despite of the obvious inspirations, despite of the blend with tradition those guys managed his own way through, incorporating their own sense of pace and unforced tension into the blend, which is hard to copy and makes this music almost immediately recognisable. Thank you, Gentlemen, and the Lady, for another unforgettable night. 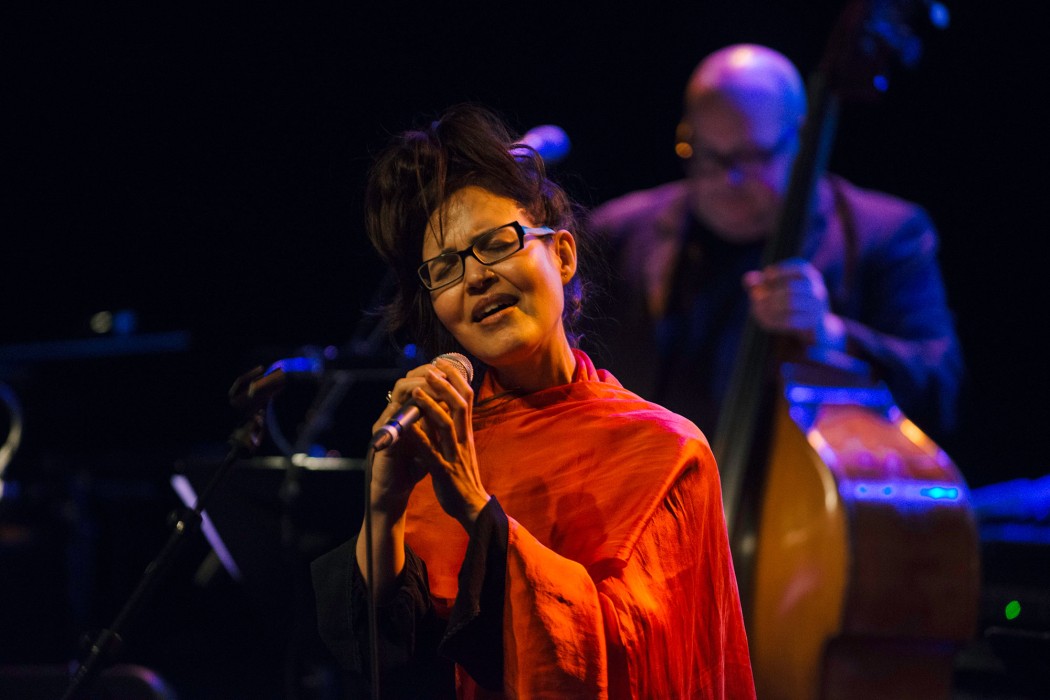 As a producer and presenter with the BBC World Service, Mônica Vasconcelos has made radio programmes about the history of bossa nova and the experience of living in Brazil under the military government which seized power in a coup in 1964 and held on to it until 1985. She is also a singer, and tonight’s programme is largely drawn from “São Paulo Tapes”, an album in which the singer and her producer, Robert Wyatt, drew their repertoire from the songs written during the 21-year period of repression by composers such as Chico Buarque, João Bosco, Ivan Lins and Caetano Veloso. Mônica Vasconcelos was born in São Paulo. She has performed on many major festivals and jazz clubs, and the new album is the seventh of her career. Among the members of her band is the pianist Steve Lodder, who appeared at Jazzfest Berlin 2015, playing the music of David Bowie with Dylan Howe’s Subterraneans.

That was a set which had been completely packed and despite the best intentions I could not make it in. Luckily enough my dear friend Seriey Gavrilov did, so I will supply you soon hear his report, to give you some flavour of that.