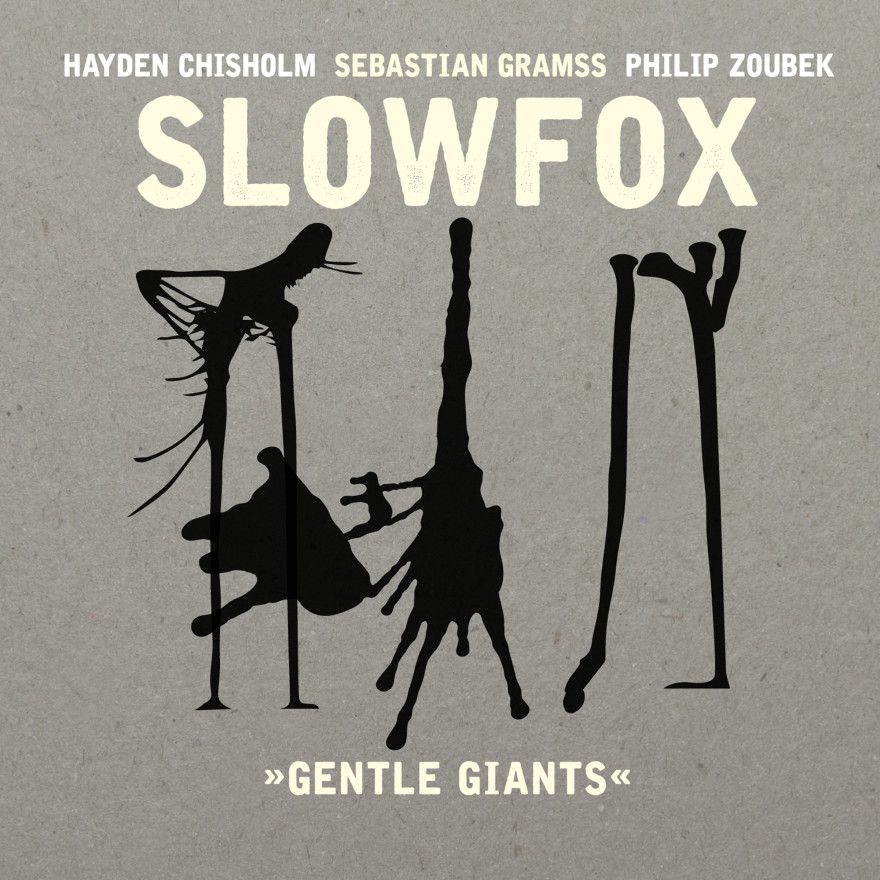 Gramss is well regarded double bass virtuoso and a great fame in Germany and worldwide. Those who are after music for Contrabasso must  remember his unforgettable duets with  Stefano Scodanibbio, his great master and as well as the other completing this series of recordings: Barre Phillips, Tetsu Saitoh, Mark Dresser, Barry Guy and William Parker to nail just a few of my all time favourites. His most current projects are Fossil 3 (with Rudi Mahall & Etienne Nillesen) and reviewed here Slowfox ( featuring Hayden Chisholm & Philip Zoubek).

All 15 titles on the disc make a perfectly sensible sentence when read as one lot without thinking:

And Those  Who Were Seen Dancing Were Thought To Be Insane By Those Who Could Not Hear The Music.  Could not be more truth. Except one, which is co-composed with the pianist, all music came from the leader.

While I know and regard Zoubek’s music from his Cleen Feed recordings New Zealand born saxophonist  Hayden Chisholm is completely new discovery to me.

I am listening to this music over two months now and I can not stop my fascination. The pieces as they come are hypnotising and are possessing a huge imaginative spell over the listener. I know that they are scored but I can not stop thinking about them as an improvised suite. The amount of spark inside of this music makes it to me equally fresh every time I am coming back to it.In fact I am still discovering this to be perfectly honest and more of that I would like this to stay like that as long as it is only possible. It is like a dream one doesn’t want to leave. It is entertaining with its versatility, changing tempos and twisted instrumental lines. In the same time it is calming down swaying you with blues harmonies and chord progressions inviting listener into intellectual tete -a tete. Everything inside of this trio is so well heard and responded that it merges into perfectly finished stories. I can’t find a single note which doesn’t fit the purpose and I am completely hypnotised by this. That’s said.

Zoubek’s voice in this dialogue doesn’t go far from his solo piano approach I am familiar with. Little preparation is present from time to time but his contemporary pianism is here little bit more on the melodic side to support the concept of music. His percussive approach covers the lack of drum-set successfully and makes the frame together with Gramms’ lines.

Leader itself is as always speechless. His play refers to many of his previous works and pays tributes to the greatest bassist he ever played with, a company which he truly belongs to. For the real Double Bass junkies like myself tracing this paths would be an extra bonus on top of already heavenly cooked dish.

Saxophonist is nothing shorter that congenial. His playing is simply amazing. Capability to articulate gently like a flute ,or using almost invisible vibrato on such a slow tempos there are weaved into that tissue are knocking out. Sounds are fascinating with his musical “ being well read off”. Smooth like Hawk or Webs he can immediately come to Lacy like articulate and lyric side ,to finish with Henderson-esque thrill which I hardly heard coming that close to the original from any one else. God , that man has a skill so huge that it makes me feeling like an new-bee by the fact that I never heard about him before. What more can I say ? It’s a Knock Out. Go and Get it !