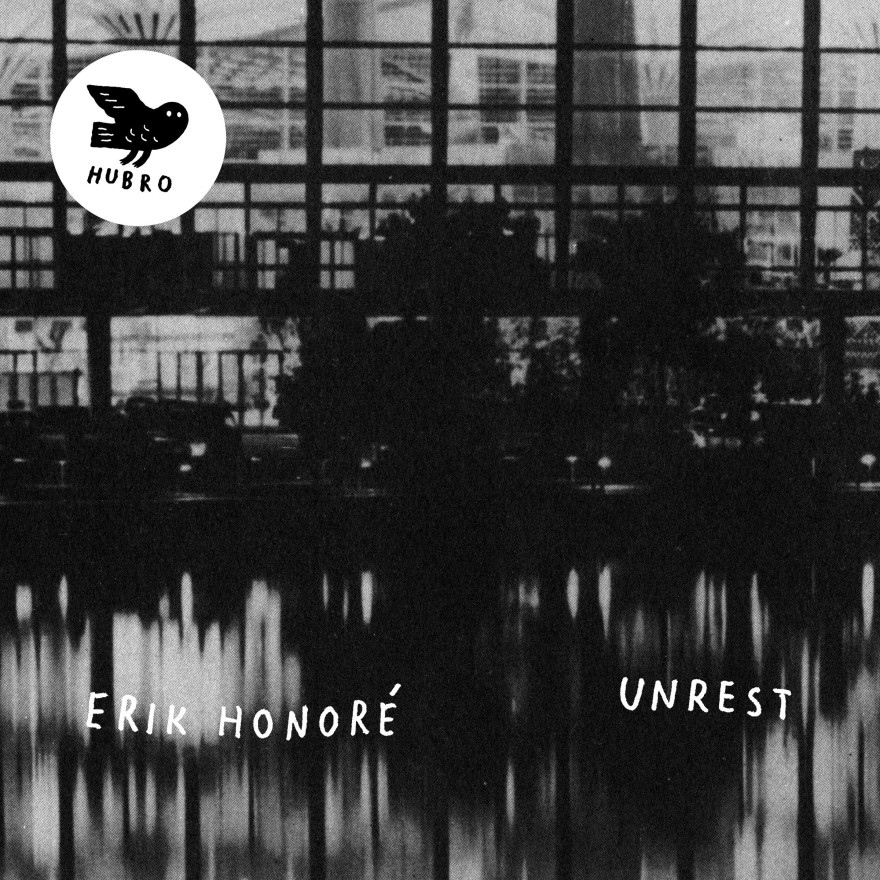 Unrest is a new collection of masterly collages from the hand of Erik Honoré in which he captures, with absolute precision, the moods and tonal imagery of improvisations and weaves them together in a personal and evocative musical process. He has been joined by an impressive array of Norwegian improvisational musicians: Sidsel Endresen, Eivind Aarset, Arve Henriksen, Stian Westerhus and many others.

“The album was made during a period of unrest – both the external, social unrest that we have all felt in recent years and more personal experiences of agitation, conflict, turbulence,” says Honoré. “It became increasingly clear to me that these perceptions influenced the aesthetic choices I made during the process. I have probably chosen sharper edges in these compositions and collages, subconsciously or intuitively in the first, improvisational stage – and later extremely consciously in the production and editing processes. ‘Unrest’ was a working title early on, but in the final analysis it was the only title that fit.”

When musician, record producer and writer Erik Honoré (born 1966) released his debut album Heliographs in 2014, he had already been involved as a musician and producer on over 50 records with artists as diverse as Arve Henriksen, David Sylvian, Eivind Aarset and Brian Eno/Peter Schwalm.

The music on that album surrounded the listener; it was ambient-influenced music with an unusually broad emotional range and substance. Many people regarded Heliographsas an important album, and it received glowing reviews. HiFi World described the music as “electro-centric ambient, ethereal jazz”. All About Jazz wrote that the music “eschews convention and utilizes sound as a driver that challenges the mind to keep up, even as it digs deeply at the heart and soul”, and London Jazz described the album as “a shining example of the range of musical possibilities open to us through the creative communion of improvisation”. A new album from Honoré has been eagerly awaited.

Erik Honoré is probably best known for his close collaboration with Jan Bang. In 2005 they established the unique Punkt Festival in Kristiansand, where concerts that have just taken place are remixed live. The idea is to improvise with sampling. The festival has previously hosted artists such as Brian Eno, John Paul Jones, Laurie Anderson and David Sylvian, and this year’s festival guest is Daniel Lanois. In recent years Punkt Festival spin-offs have taken place in over 30 cities throughout Europe and Asia.

The Punkt philosophy, combining improvisation with sampling technology, has also been a decisive element of Honoré’s solo project. Unrest has drawn on instrumental and vocal samples from Punkt arrangements in Kristiansand, Molde and Prague, which were later condensed and reworked in Honoré’s home sound studio at Kampen, Oslo.

“The process was very similar: improvisation around live samples of vocalists and instrumentalists, followed by extensive editing and collage work,” says Honoré. “A quick, intuitive phase, and then a protracted, detail-oriented process. But in my ears the expression is rougher and more confrontational. I hear the album as more direct, and definitely darker. Heliograph’s ‘Dark-Eyed Sister’.”

Honoré composes instrumental music, but this time, too, the contribution of the unique vocalist and improviser Sidsel Endresen has played a crucial role. Honoré himself appears with a more conventional vocal contribution on the final track, “The Park”, which puts the finishing touch on a new, intense, emotionally evocative and intriguing album from Erik Honoré.