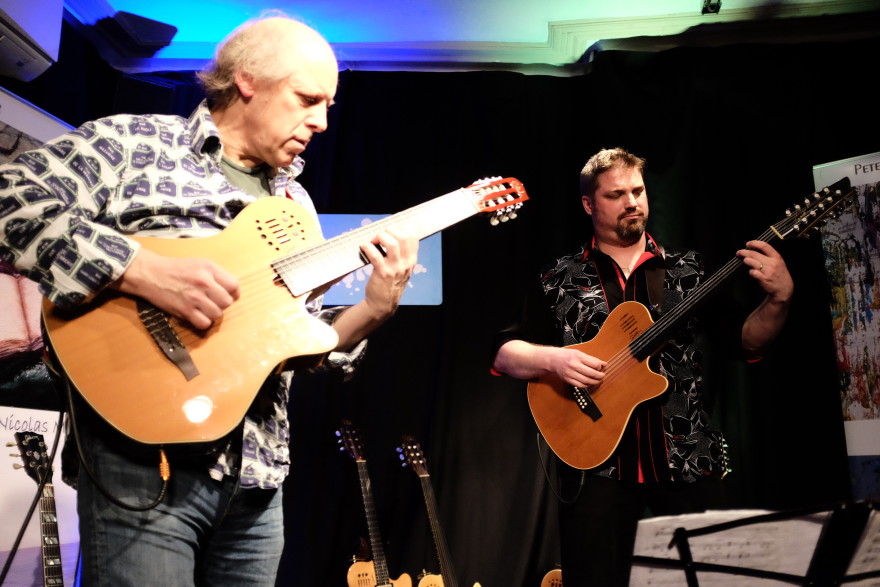 With less than two weeks since my last Jazz gig I’m back into Birmingham again, this times it’s at a much smaller venue, well it’s actually a pub situated in the Jewellery Quarter in Birmingham. The pub holding the gig tonight is the Red Lion, the home of Birmingham Jazz, who tonight were hosting the fabulous guitar playing of Nicolas Meier and Pete Oxley.

I’ve followed Meier for a few years listening to quite a few of his albums and jumped at the chance to hear the Swiss born U.K. based guitarist, I’d not heard much of Oxley’s solo material but was aware that he was a talented player having heard the duo’s album Chasing Tales released in 2015. 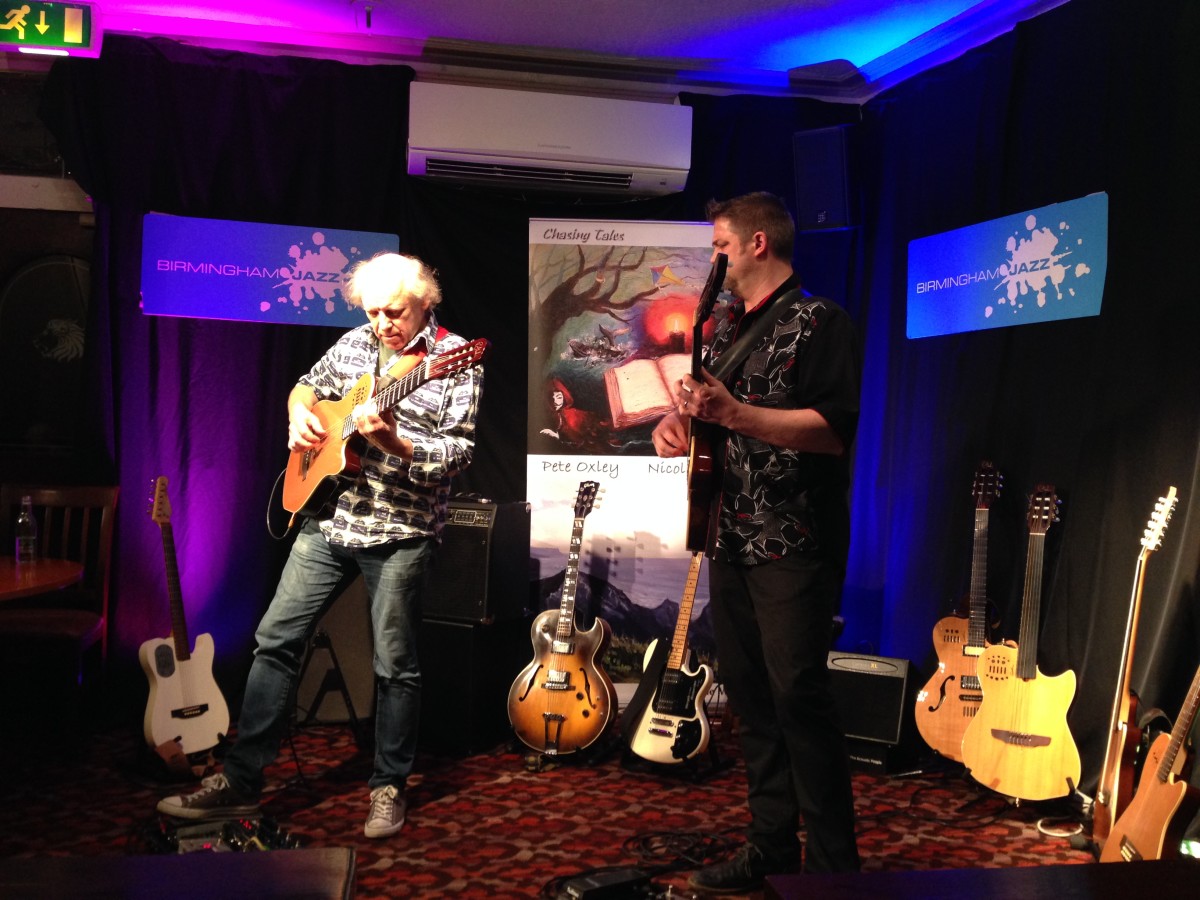 We arrived at the venue at around 7pm, the setting for the gig was an upstairs room which doubled up as a restaurant, I’d estimate the venue would hold around 80 people maximum, upon arrival we heard a couple of guitars playing, to our surprise it was the duo doing a brief sound check, very nice to hear this, the guys seemed very relaxed and we knew we were in for a good night.

At around 8pm the Birmingham Jazz member announced the pair and we were off for what was to be the first part of the show. The pair of them took to the stage and proceeded to play through a variety of numbers promoting their latest album The Colours Of Time. What strikes you with guitarists at this level is how they make it look so simple, the interplay between Meier and Oxley is fantastic to say the least, one minute Meier does a solo whilst Oxley strums effortlessly with backing chords, then it’s a swap over and the roles are reversed.

One of the nights highlights was when Meier picked up his Godin 11 string guitar, yep an 11 string guitar which sounded like an Oud guitar and very reminiscent of Anour Brahem. I’m quite a fan of the Oud guitar and the way it sounds, in Nics hands was a wonderful listening experience at such close proximity, you can tell that Nic is influenced by Eastern music somewhat. 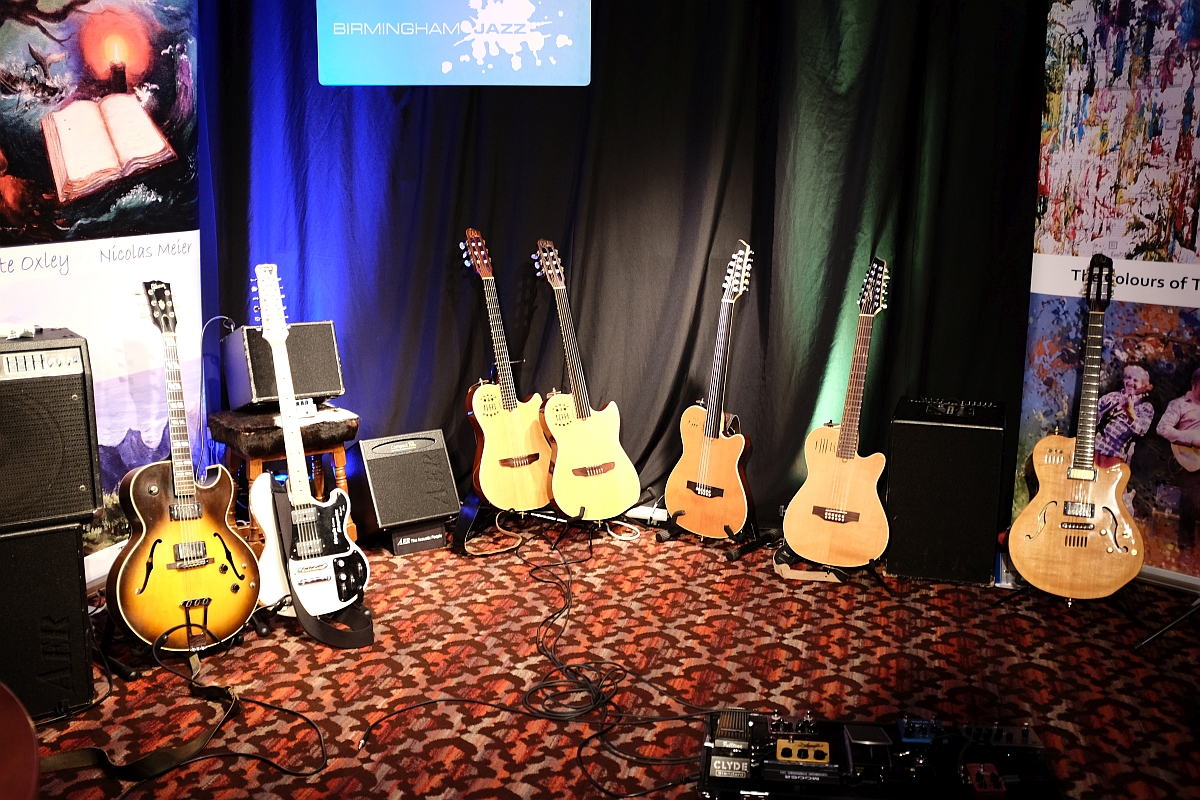 After the show we had a chat to the two guitarists, it seems that Pete Oxley was a fan of John Etheridge and in past years has played with him on a number of occasions, also turns out that John gave Pete a few lessons in earlier years!

Seen, Snapped and Reported by