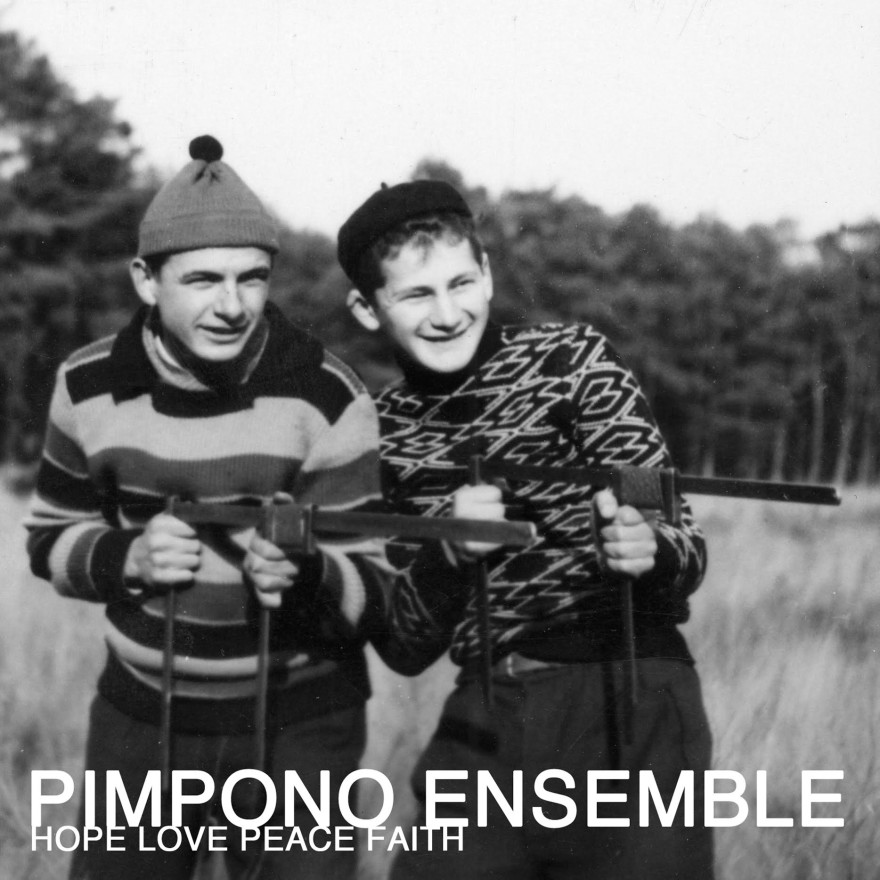 Here I got the band made of youngsters who are mainly in their twenties. International collaboration involves musicians from Poland, Norway and Denmark. The band is based in Copenhagen, city with one of the best in EU Music University and famous Rhythmic Music Conservatory (Rytmisk Musikkonservatorium) there having on board some of the best performers and teachers. Guys are actively performing on European improvised and alternative jazz scene since few years and this CD is their debut recording.

The music they play contains vast palette of artistic expressions. And they are sleek and confident with using them. One can hear it from the first track coming. Don’t Grow up is lovely slow burner. It starts with the sound of brass building tension in unison. A lots going on there and it is very rich. From the chaotic, a port siren like sound, evaluates a gentle melody. It hangs on repetitive guitar reef among which extended apparatus of five brasses keeps building up multilayered tissue until the break. This is wild and crazy like punk energy eruption. It varies from rock alike speedy tempos to collective lyrics shouting like during a street happening.

The Next, title Hope~Love~Peace~Faith contains the same intensity. Starting with free conversation of bowed bass and percussion glittering it switches into brassy cannonade which is only broken with those values above used as lyrics shouted between the lines. Then tension releases and brass voices solo or in unison continues this conversation build up on well prepared percussion framework. It seems to be written music performed from the score but it really hits the intensity of the improvisation in few culminations.

No Expectations is for the time being my favourite piece here. It builds up on the same strength as the previous pieces. Fantastic and shining brass arrangements are creating an incredibly immersive structure which engages listener into deeper intellectual layers. Three double basses building a solid foundation and underlining everything with a lush texture. Marching drum counts the steps with military discipline. It speaks directly to your body’s inner clock.

Following Will get Drunk with the Water Today (originally titled in Polish) again brings it all together to the menu. Opening fast tempo with strongly vertical brass figures are turning fast into lurking walking ala Lift to the Scaffold  but with intense sax leading lines. It quickly turns into beautiful and nostalgic melody before even those intense lines faded. All again build by the brass textures merged with an electric guitar. One can sense kind of idyllic feeling in it coming from the Slavic folk tradition. Collectively shouted short lyrics, create  the substance full of youthful idealism, non-conformism and dreams.

Little Believer is another track full of unexpected swifts happening in the brassy crowd. Crossing lines creating feeling of unexpected coming from the tissue which however sounds familiar. Rhythm motive reminds Tissol’s Caravan, but what’s happening around came from completely different tale. This is undisputed ride of the tenor saxophonist Tobias Pfeil.

I Love my Mother is purely played in Noise aesthetic. Everything mixes there and the title repeated in tidal intervals makes it surreal on that dirty background. Striking piece.

Two remaining tunes are equally energetic and wonderfully arranged. The band possesses a massive energy and it really sounds in the tutti momentums more like an orchestra. They dare to experiment and I have that feeling all the time that despite of the notation, they keep flying free anyway, just because it is so exiting. Purely for the curiosity of what might happen. All this beautiful music has been composed and written by Szymon Gasiorek, the man behind the drums who seems to be the Captain of this Free Rocking Boat. Wonderful debut and to me the most charming thing since Joseph Bowie’s Brass Fantasy. Keep going Guys! We want MORE!

You can BUY and LISTEN TO this music here: