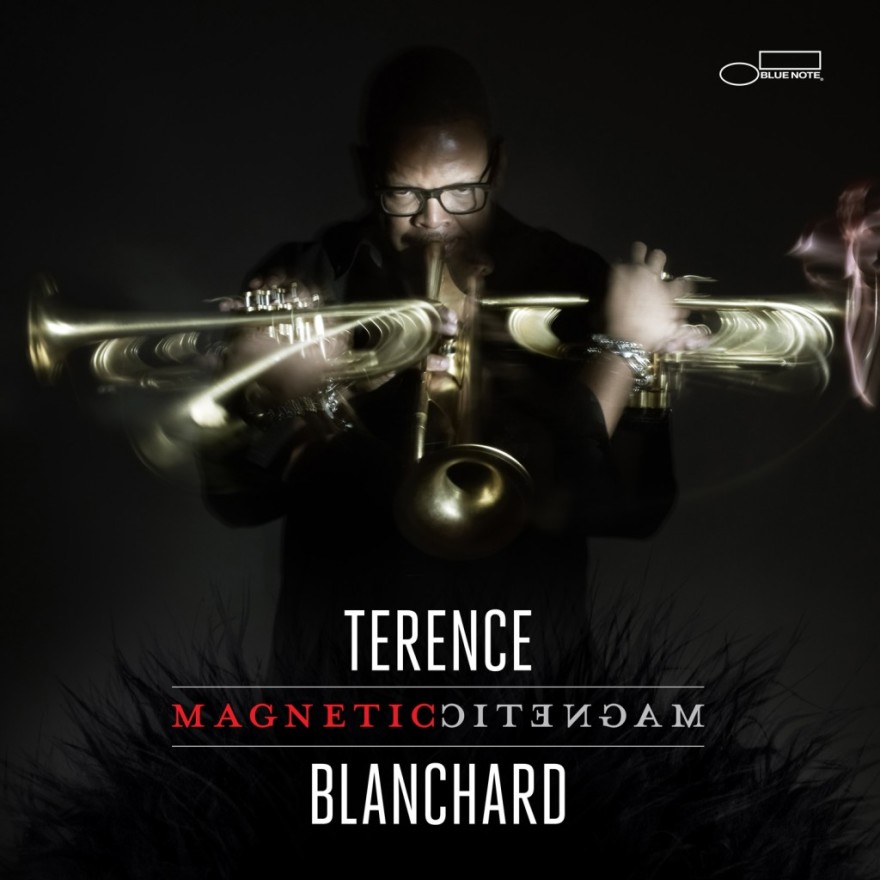 Terence Blanchard is back in Blue Note. Home Sweet home as he pointed from the stage when I first heard this project. The Record arrived after and it is worth to mention for the reason I will come back later. Over the years he became an institution . His latest Quintet sports just a young line of lions. Bass player, 21 year old Josh Crumbly had just been graduated at Julliards . The Band reminds me of Miles 2nd quintet and the way Terence run it makes it even more similar. Like Miles with Bird and Dizz he became the leader himself after his formative years under Art. Blakey’s care in Jazz Messengers. And one day another shift will come.

Blanchard’s trumpet , again like Miles’, is immediately recognisable , however here he plays using gentle harmonizer effect on the top. What looked overdone on the stage, from CD came perfectly balanced and sounded just wonderful, something worth to be aware of. His legacy covers 20 formal tittles lead, as well as hundreds of tunes written for the movies , and even Jazz Opera called Champion , which I am so looking forward to be recorded and issued at some point as so unique project.

Funny thing is that many people might not know his name, but there is no chance that they never heard his music. But Blanchard is here himself as always. With beautiful tone and not too much notes played he constitutes his style perfectly. Same as with speaking he is playing just what is absolutely necessary and nothing else. Something what Miles himself used to do and pass to his pupils. Getting to youngsters it is a pianist ,whom I was listening with the ears wide opened.

Fabian Almazan roots are in Cuba and careful listener will hear that Sol soul background there.

His composition titled Pet Step Sitter’s Theme Song is a masterpiece itself and to my ears the best piece on all of the recording. But his inspirations came from whole piano universe, not jazz only. His fascination with Jarret is obvious and his ecstatic way of self expressing brings his great idol bests moments back to memory. No wonder one day he will reach the same position , and this seems to be the not so far future. He is wise and vivid. Using his imagination in very own original way. There is no simple following. It is all a result of careful studding and deep understanding. The dynamic he plays with is just striking. Tone varies from keyboard foundation to classical romantic forms. All again is used for purpose and when needed – with absolutely no feeling of show off. The same vitality defines the rhythm section. Bassist might look quiet if compared with drummer’s sparkling vitality ,but it is just an illusion. In fact he posses same brilliant technique, just keeps it on hold and expresses himself in time discipline instead. It doesn’t help to shine in the same way as pointing rhythm with hats , but take it off and one will understand straight on what’s going on. Another pillar of the band with highly visible driving force is a saxophonist Brice Winston. His duets with leader as well as solos shows maturity and highest class skills. Specially Hallucinations shows it with its dazzled lines and varied tempos not easy to follow. Starting from piano introduction Comet is another of my favourite on this recording. It shows Fabian’s brilliant technique from more romantic perspective. Central Focus contains some of the best piano – drums conversations I ever came across, when Another Step – composition set up on funky rhythm reminding me Bitches Brew days offers some nicest brass spectrum on all CD.

Magnetic is a truly magnificent recording and its attractive force is impossible to avoid and about recording quality I could write another couple of pages ,so you better don’t ask – just listen to.