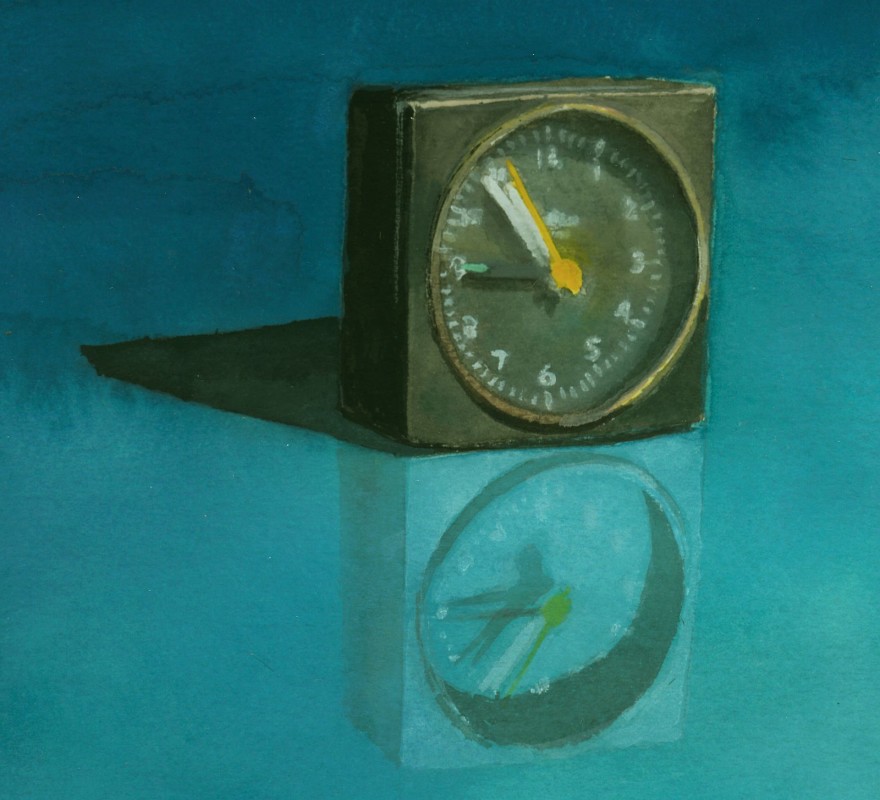 Searching for the Disappeared Hour, due out October 29, 2021 via Pyroclastic Records, finds the two acclaimed artists exploring notions of time through evocative original compositions and thrilling improvisations

“[Courvoisier and Halvorson are] two of New York’s most idiosyncratic and distinctive improvisers… [Their debut recording] Crop Circles is deeply chamber-like in its deft, interactive intimacy.” – Peter Margasak, Downbeat

“This meeting of two of the brightest minds on the edgier side of jazz today produces music that’s astonishing both in its fluency and ceaseless ingenuity.” – S. Victor Aaron, Something Else!

To paraphrase the late Douglas Adams, “Time is an illusion. Pandemic time doubly so.” On their brilliant new duo album, Searching for the Disappeared Hour, pianist Sylvie Courvoisier and guitarist Mary Halvorson make up for lost time with an hour’s worth of kaleidoscopic beauty and startling invention.

Searching for the Disappeared Hour marks the second collaboration for these two singular musicians. Their initial collaboration, 2017’s Crop Circles, was recorded after a single concert (at New York’s now-defunct Cornelia Street Café) and found them repurposing existing compositions for the duo context. By contrast, the music on Searching for the Disappeared Hour was composed expressly for the duo, taking stunning advantage of the chemistry and familiarity forged during tours of Europe and the States in the intervening years.

“I think this album is much more developed,” Courvoisier says. “When I wrote pieces for Mary, I really thought about all the possibilities of the guitar. And her music has pretty tonalities, great melodies and a very clear sense of harmony and melody, so I love to darken it.”

“We both have an affinity towards darkening things,” adds Halvorson, “which is great because you can start with a joyous melody and there’s all kinds of room to mess with it. We’re both really open to that. And Sylvie is great at adding harmonies and filling stuff in, so I was happy to leave space for her to do her thing, not only in the improvised sections but also within the written parts.”

Both Courvoisier and Halvorson are among the most idiosyncratic and distinctive voices in modern creative music, so a meeting between the two couldn’t help but venture into unexplored territory and return with thrillingly original results. With each new piece they revel in striking new ways of melding their sounds, utterly original yet very aware of the history of piano-guitar duos.

“People have this misconception that guitar and piano get in the way of each other,” Halvorson says, singling out the revered Bill Evans-Jim Hall album Undercurrent as a particularly strong refutation of that idea. “I’ve always personally enjoyed playing with pianists, and when you strip away everything else and have just the two instruments, I think they make a really great blend. There’s such a wide sonic range you can achieve with that instrumentation.”

The evidence reveals itself immediately with Halvorson’s bracing opener, “Golden Proportion.” A collage piece stitched together from scraps of ideas the guitarist had collected over time, it works like a roiling stream of consciousness as lines and notion bubble up and dissipate, from a wiry guitar line to a funhouse-mirror “Moonlight Sonata.”

“They’re not even really ideas – they’re like little nuggets of beginning of ideas,” Halvorson explains. “I put them on top of each other in a patchwork and I would give one of them to guitar and one to piano. It’s just a little vignette where we play around with these ideas and then it all unravels.”

Courvoisier’s “Lulu’s Second Theorem” is a Schrödinger box of a composition, somehow both playful and complex – a notion vividly captured by the fact that its titular theorist is in fact the pianist’s cat. Halvorson penned the tense ballad “Faceless Smears” on the most dramatic day of Congressional hearings for now- Supreme Court Justice Brent Kavanaugh, along with the companion piece “Last-Minute Smears,” recorded with her band Code Girl on last year’s Artlessly Falling.

“Moonbow” is one benefactor of the duo’s shared experiences, drawing on a mistake during the recording of Crop Circles. Halvorson accidentally played a unison piece a half step off, but the “gnarly” sound that resulted excited both of them. Courvoisier seized on that approach when composing this slowly unfolding tune. Halvorson’s “Torrential,” while built on a folk-inspired guitar melody, opens itself for two extended solo improvisations.

“Mind Out of Time” and “The Disappearing Hour,” both written by Courvoisier, suggest the skewed relationship with time that we’ve all endured over this unusual year and a half. Likewise Halvorson’s “Bent Yellow” feels urgent and constantly shifting, while “Gates and Passes” suspends time as its graceful melody hangs portentously in the air, basking in breath and silence.

The album is completed by three improvised pieces: the stark and strident “Four-Point Play,” with Courvoisier exploring the interior of the piano; the lovely and meditative “Party Dress,” captured in a moment when the duo was unsure that they were even being recorded; and the concluding “Blizzard Rings,” alternately taut, pointillist and ethereal, seeming to dissolve into air as the hour draws to a close.

“Because of Covid, I think we’ve all had a weird relationship with time passing,” Courvoisier says, as Halvorson chimes in with her own interpretation of the album’s evocative title – vibrantly depicted in artist Dike Blair’s gouache images of clock in liminal spaces.

“A month would pass and I’d feel like no time had passed at al, or vice versa. It was very weird, and would leave you feeling disoriented all the time. At the same time, this album is almost exactly an hour long – so once you’ve listened to it an hour has disappeared.” Vanished, perhaps – but a well spent sixty minutes ripe with inspiring discoveries and inviting mysteries, elusive in the way it warps and transforms time. 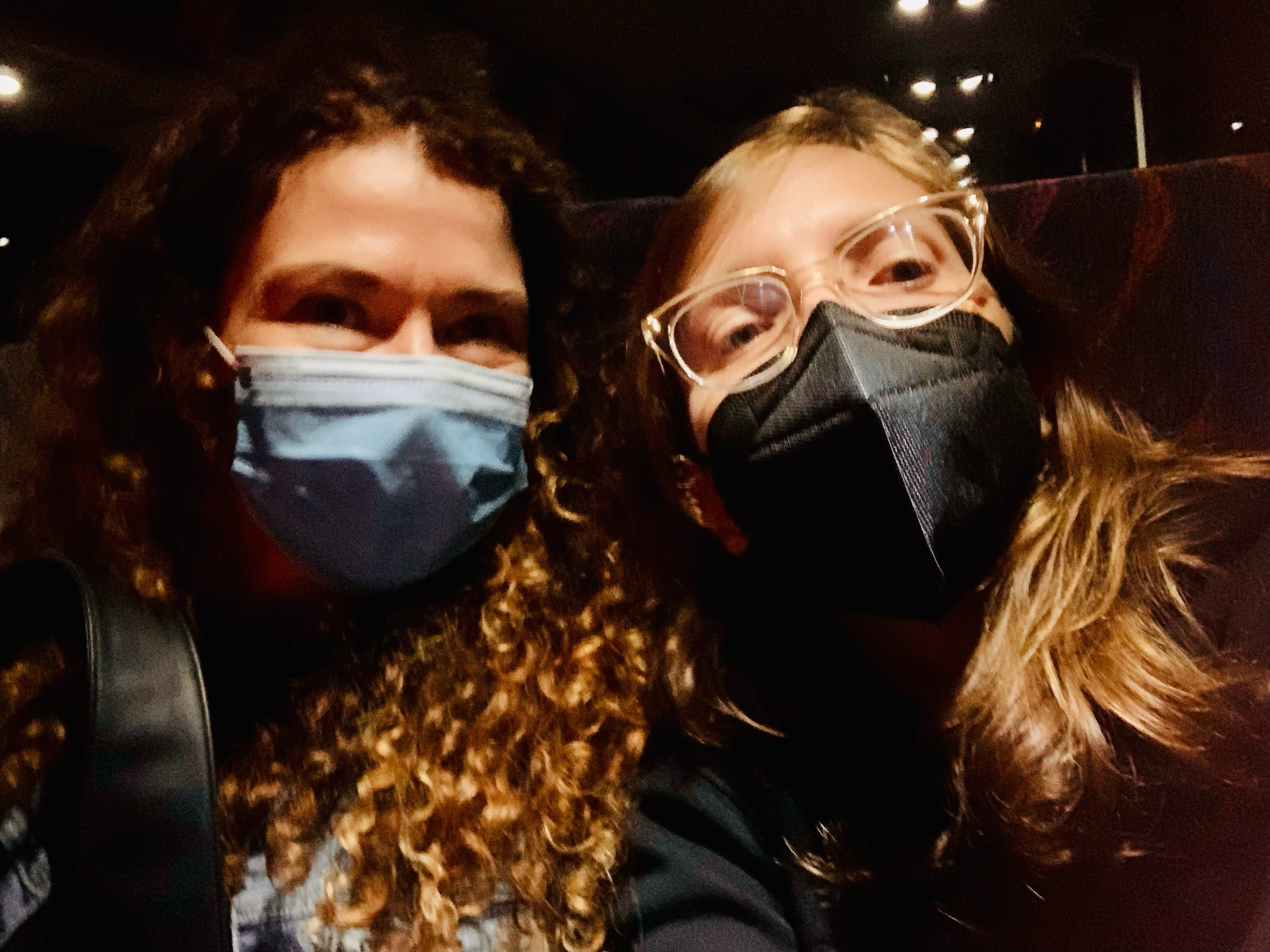 selfie by Mary Halvorson ( judging by the angle 😉

Mary Halvorson
Guitarist and composer Mary Halvorson has been described as “a singular talent” (Lloyd Sachs, JazzTimes) and ”NYC’s least-predictable improviser” (Howard Mandel, City Arts). In recent DownBeat Critics Polls Halvorson has been celebrated as guitarist, rising star jazz artist, and rising star composer of the year, and in 2019 she was awarded a MacArthur Fellowship. Halvorson has released a series of critically acclaimed albums on the Firehouse 12 label, including an octet outing with pedal steel guitarist Susan Alcorn on Away With You (2016). Other recent releases include the solo recording Meltframe (2015) and two albums by her ensemble Code Girl, featuring vocalist Amirtha Kidambi (singing Halvorson’s own lyrics), trumpeter Adam O’Farrill, saxophonist and vocalist María Grand, bassist Michael Formanek, and drummer Tomas Fujiwara. One of New York City’s most in-demand guitarists, over the past decade Halvorson has worked with such diverse musicians as Tim Berne, Anthony Braxton, Taylor Ho Bynum, John Dieterich, Trevor Dunn, Bill Frisell, Ingrid Laubrock, Jason Moran, Joe Morris, Tom Rainey, Jessica Pavone, Tomeka Reid, Marc Ribot and John Zorn. She is also part of several collaborative projects, most notably the longstanding trio Thumbscrew with Formanek and Tomas Fujiwara.

Pyroclastic Records
Pianist-composer Kris Davis founded Pyroclastic Records in 2016 to serve the release of her acclaimed recordings Duopoly and Octopus (with Craig Taborn) with the goal of growing the label into a thriving platform to serve cutting-edge artists. In 2019, Davis launched a nonprofit to support those artists whose expression flourishes beyond the commercial sphere. By supporting their creative efforts, Pyroclastic empowers emerging and established artists — including those on its 2021 roster: Benoit Delbecq, The Weight of Light; Ches Smith, Path of Seven Colors; Sara Schoenbeck, an album of duos (October 22); Sylvie Courvoisier/Mary Halvorson, Searching for the Disappeared Hour; and Tony Malaby, Sabino (November 12)— to continue challenging conventional genre-labeling within their fields. Pyroclastic also seeks to galvanize and grow a creative community, providing opportunities, supporting diversity and expanding the audience for noncommercial art.