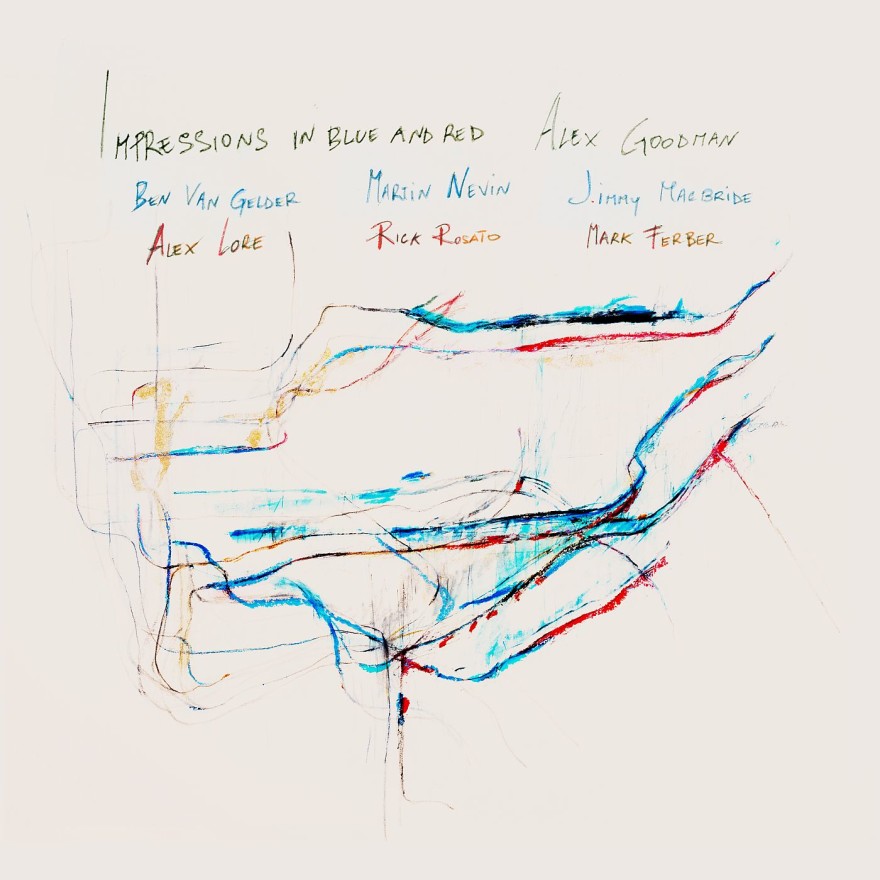 release date: 13th of March 202o via Outside in Music

In addition to 15 evocative originals by Goodman, the album includes interpretations of Herbie Hancock’s “Toys” and the slow movement from a Baroque sonata by Johann Rosenmüller. Capping each disc is Goodman playing an impromptu solo version of a standard: “I’ll Never Be the Same” (Malneck/Signorelli & Kahn) on the “blue” disc and “If I Loved You” (Rodgers & Hammerstein) on the “red.” Impressions in Blue and Red is Goodman’s seventh album as a leader or co-leader, and his productivity in the studio has also included appearances on records by such notable peers as Remy Le Boeuf and Manuel Valera, as well as Mareike Wiening’s much-praised new Greenleaf release, Metropolis Paradise. That’s not to mention the guitarist’s performances as a sideman around New York with the likes of the Grammy-nominated Terraza Big Band, Lucas Pino Nonet, Roxy Coss Quintet and Mimi Jones. According to New York City Jazz Record, Goodman is a musician of “dazzlingly improvisational dexterity and engagingly smart composition.”

Reflecting on color and its associative powers for him, Goodman spent much time reading and in museums, investigating the way visual artists – from the Renaissance era to Van Gogh and Picasso – have used color and its shades to expressive ends, eliciting a range of emotions in a viewer. On the album package, he quotes such figures as Goethe (who characterizes blue as “a stimulating negation… a kind of contradiction between excitement and repose”) and Wassily Kandinsky (who describes red as “ringing inwardly with determined intensity – it glows in itself”), as well as the philosopher/psychologist and aesthetician John Dewey, who said: “If all meaning could be adequately expressed by words, then the arts of music and painting would not exist. There are values and meanings that can be expressed only by immediately visible and audible qualities, and to ask what they mean in the sense of something that can be put into words is to deny their distinctive existence.” 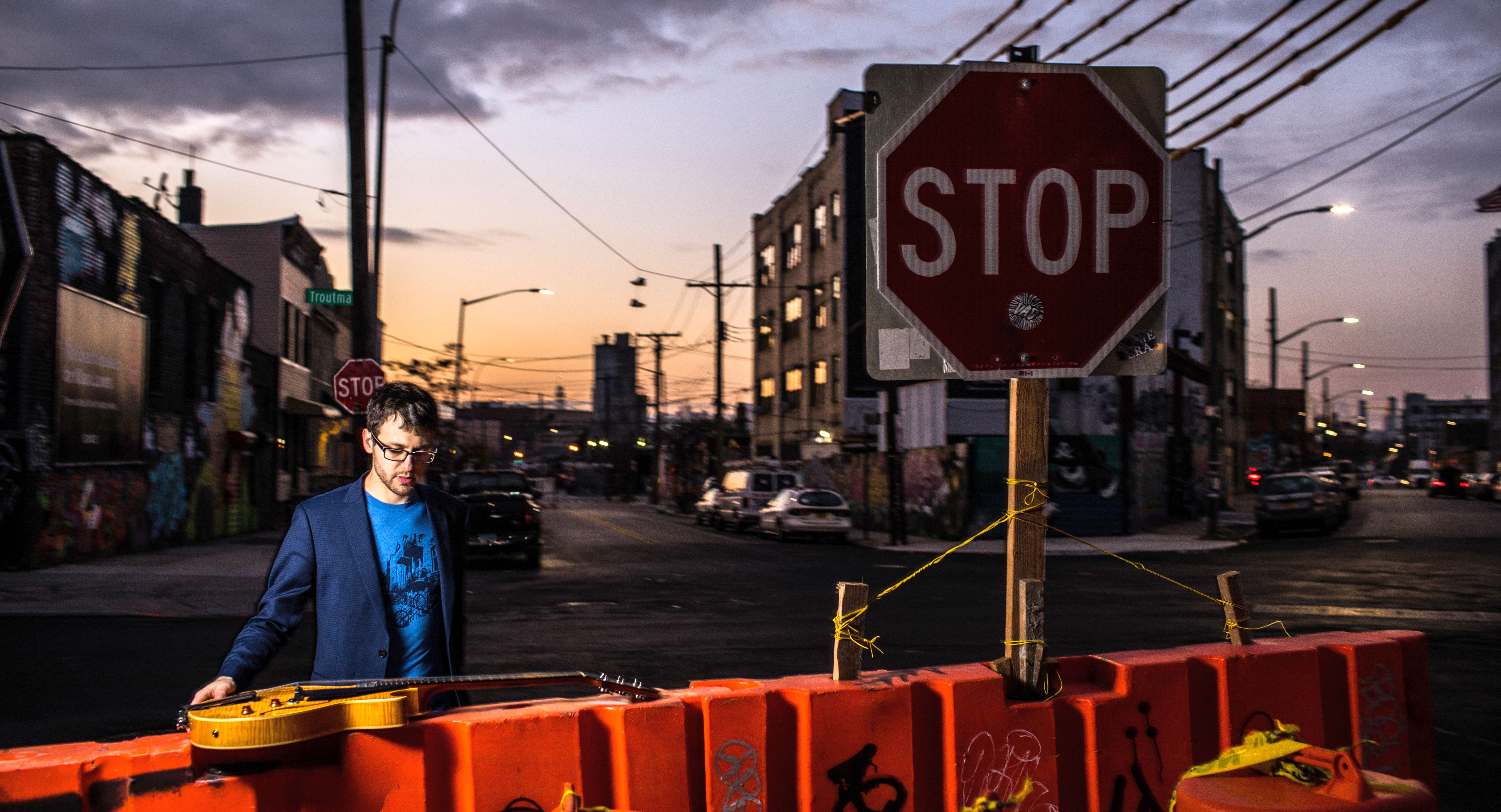 Goodman says: “What I like about that John Dewey quote is that it sums up how difficult it can be to capture in words the way music or painting – and their colors – can make you feel. I know it’s difficult for me. Music goes beyond language, certainly, and the way I associate color with music isn’t really something that I can explain – it’s based in mood, in feel. And that intuitive feel is the catalyst for the way I composed the music for Impressions in Blue and Red. The same goes for the interpretive material on the album. On the ‘red’ disc, for instance, the Rosenmüller piece’s Baroque harmony feels like a darker red to me, while Herbie Hancock’s ‘Toys,’ from his Speak Like a Child LP, implies a brighter tone.”

Goodman’s coloristic associations extended to his choice of musicians for the album. “The players that I chose for each of the bands on the record was also an intuitive thing, but a strong one,” he says. “I associated the sound and personality of each musician with either blue or red.” For eight of the tracks on Impressions in Blue and Red, there are extended improvised intros, two by Goodman and one for each of his bandmates in turn. “Those intros were something that I incorporated as a way for each musician to reveal their expressive voices more fully, but I also think they heighten the flow of the album.” As a conceptual double-album, Impressions in Blue and Red stands out as Goodman’s most ambitious recording to date. “I conceived the two discs of Impressions in Blue and Red to be coherently of a piece both internally and in relation to each other,” he says. “Although each half has dominant associations with the corresponding colors, the two are meant to complement each other through not only their differences but also, at points, their similarities.” 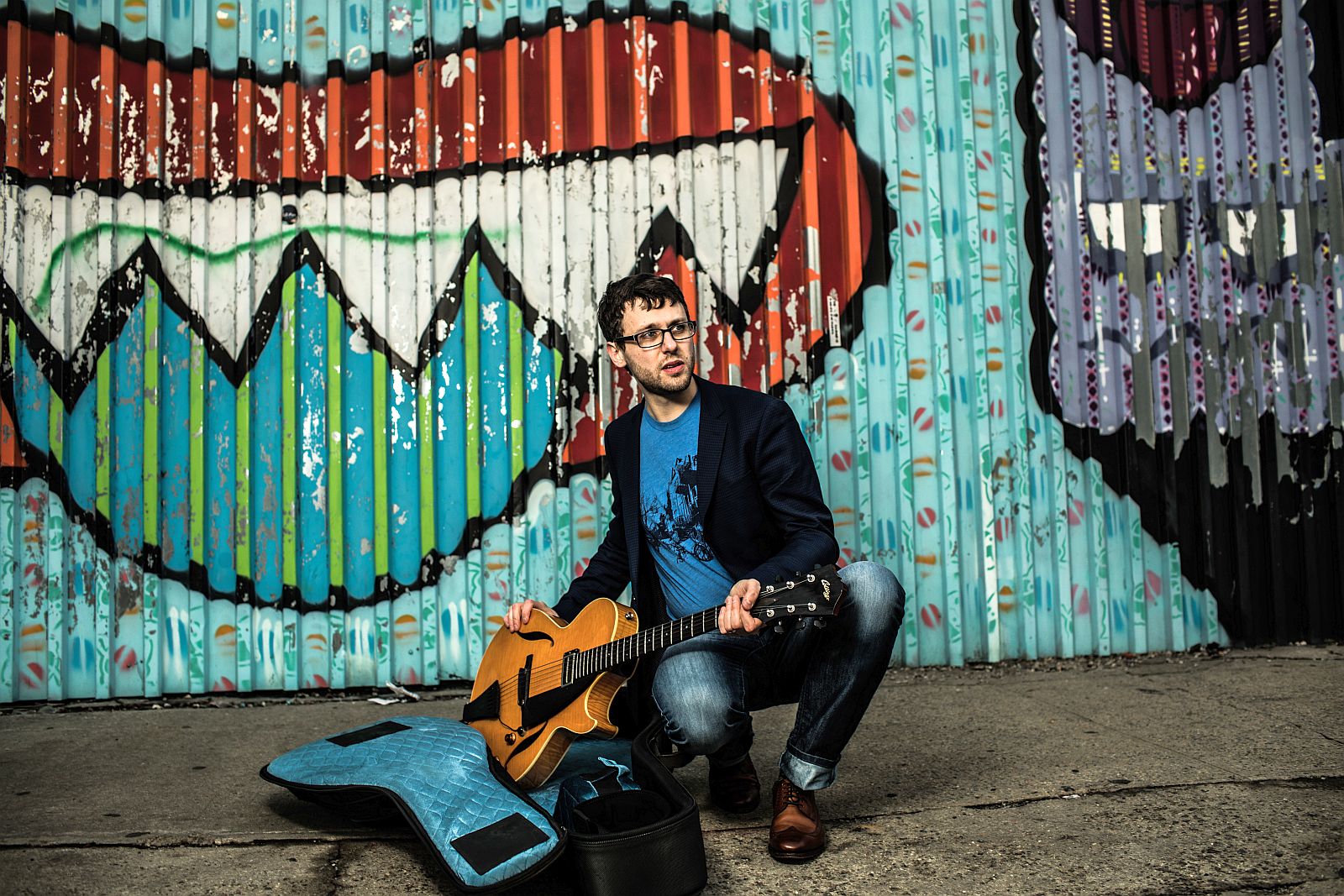 Born in 1987 and raised in Toronto, Goodman has resided since 2012 in New York City, where he earned a Master’s degree in jazz performance from the Manhattan School of Music. In his time on the New York scene, he has played at all the city’s top jazz clubs, including the Jazz Standard, Smalls and Jazz Gallery, as well as at such venues as Lincoln Center and National Sawdust. The guitarist has also performed at Massey Hall in Toronto and the Kennedy Center in Washington, D.C., as well as at such festivals as Winter Jazz Fest in New York, the Montreux Jazz Festival and Montreal International Jazz Festival and further afield in China, Ukraine and Bulgaria. Goodman’s quintet LP Bridges, released in 2011, was nominated for a Juno Award, Canada’s top recording honor, as the year’s best contemporary jazz album.

In 2014, he won both First Prize and the Public’s Choice Award at the Montreux Jazz Festival International Guitar Competition. In addition to his seven albums as leader or co-leader, Goodman is featured on recordings with such artists as John Patitucci, Dick Oatts, Joel Frahm, and Rich Perry. In addition to having performed with musicians like Charles Lloyd, Eric Harland and Ari Hoenig, the guitarist plays regularly in ensembles led by Manuel Valera, Lucas Pino, Martina DaSilva, Roxy Coss and Remy Le Boeuf, among others. Goodman has won an ASCAP Herb Alpert Jazz Composer Award, and he has composed and recorded a book of solo guitar etudes, along with writing scores for jazz and chamber groups, orchestra, big band and string quintet.